Introducing The 2019 Annual Edition of The Glashütte Original Sixties Watches 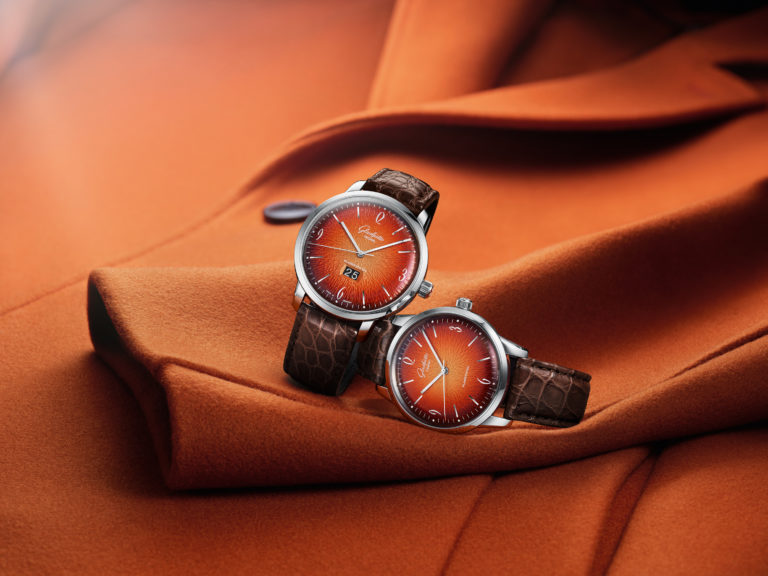 You might remember that in September last year we showed you two watches from Glashütte Original which embodied the spirit of the 1960s. Those watches were, of course, from the Sixties line and received pretty dials painted the same colour green as most Mercedes Benz cars of the time. This was a time when S-Pod shaped chairs, shag rugs and Mick Jagger’s wild dancing came into the mainstream, and along with them came nature-inspired colours that were beefed up to become almost psychedelic. One of such colours is a spicy orange which is the theme for this year’s Sixties watches. 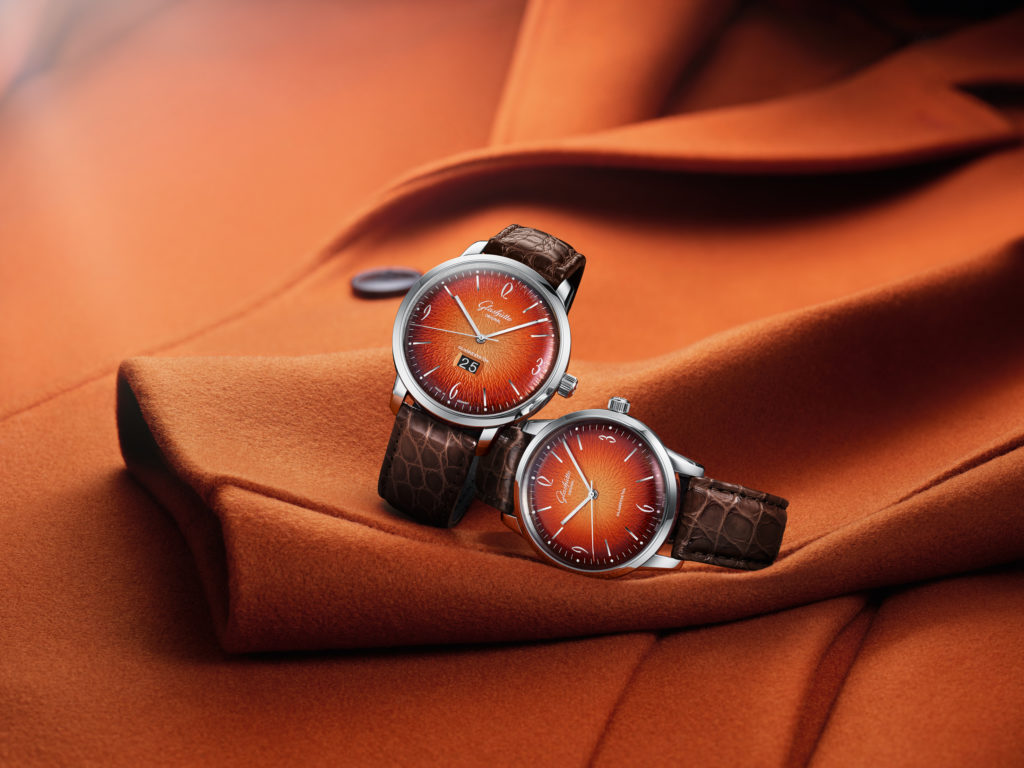 Before we delve too deep into what these new watches are like, I first want to draw attention to the way the dials are made. In the early 60s, Glashütte Original called upon the dial maker TH.Müller, based in Pforzheim, to create for them some new dials for their Spezimatic watches. This move made perfect sense, as TH.Müller had been delivering watch dials to Glashütte since the 50s. Since mid-2006, the dial manufactory has been owned by the Swatch Group; at the outset of 2012, it was merged with the Glashütte Original manufactory. Imagine the complexity of shipping dials over 600km across Germany? It’s so worth it. 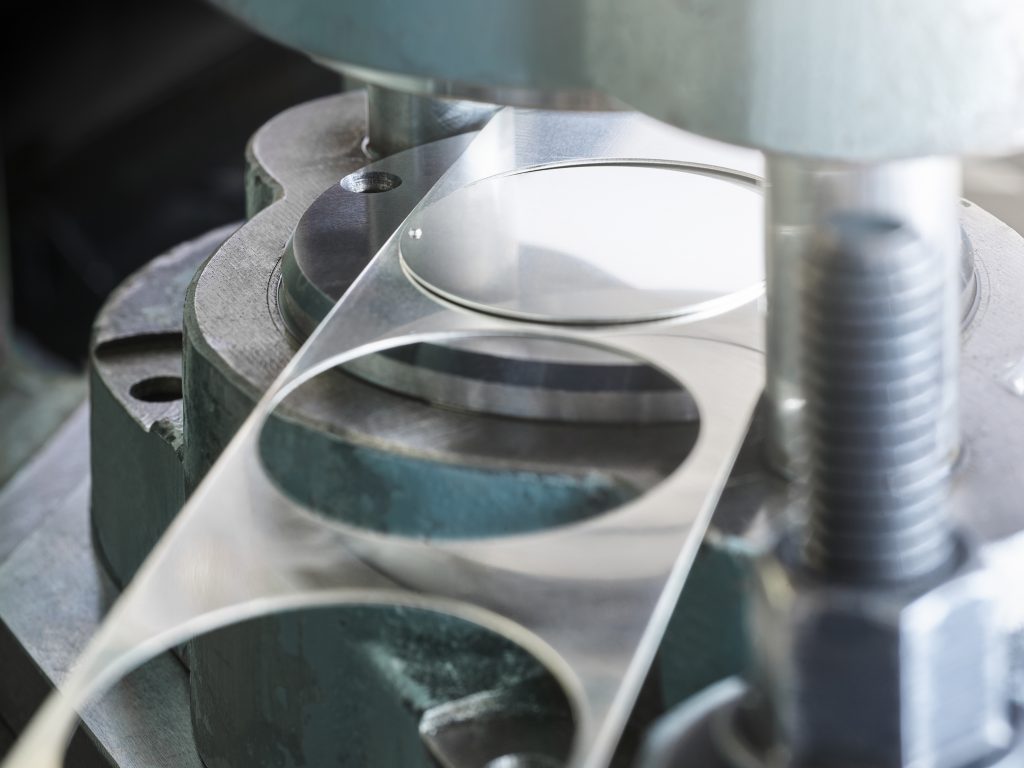 To make the dials for the new Sixties watches, a process of 25 individual steps is required. It starts with a long, thin and rectangular strip of German silver which has round parts punched out of it. These blanks form the basis for the dial. Next, a 60-ton press is used to stamp a pattern onto the dial, this particular piece of machinery had been in constant use creating historical dials already, and it embodies the phrase: “if it ain’t broken, don’t fix it”. More punching and pressing steps are used to give the dial its final rounded shape, and it’s only 0.5mm thick at this point.

Next comes the colouration. Richly coloured paint is applied in several layers to create that lustrous deep appearance we’ll see at the end. To make the dial fade to black towards the edges (called a Dégradé), black paint is gently sprayed during the painting process, and the dial is then placed in an oven to harden the paint.

To create the typical Sixties style markers, a diamond-tipped mill cuts through the paint to reveal the metal below. For the numbers 3, 6, 9 and 12, the Glashütte Original logo and other text a pad printing process is used. To give this watch some legibility in the dark the markers and hands are given a treatment of Super-LumiNova. This whole process undertaken in Pforzheim ensures that the dials of the Sixties watches have an iridescent glow and a beautiful appearance when viewed through a loupe. The dial and crystal might seem like they are trying their best to hold the movement in place and straining to do so, but in fact, this was entirely intentional and taken from the designs of the sixties. As mentioned before, the craziness of Sixties designs was not limited to the colour palette, but also the designs such as the iconic S-Pod chairs and now the Sixties watch too. The back of the case is domed as well, for the first time allowing a side view of the meticulously decorated gold winding rotor with double G logo. 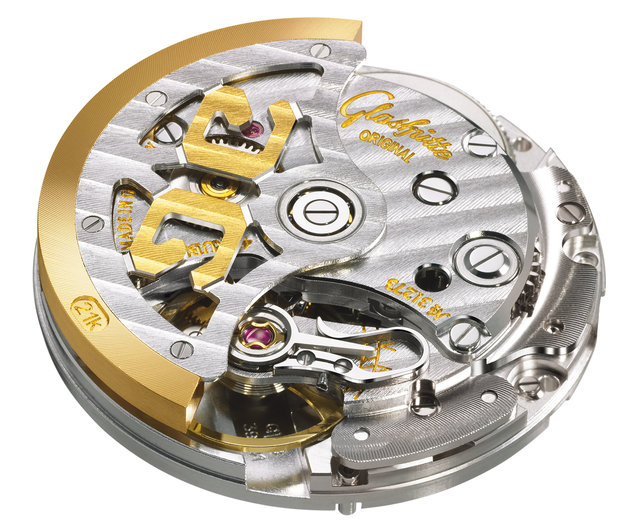 The calibres 39-47 and 39-52 are being made and tested in the Glashütte Original manufactory. These are movements we’re familiar with as both the green versions from last year had them in. The 39-52 calibre, found in the three-handed version, is 26mm in diameter and 4.3mm in height with a power reserve of 40 hours +/- 5% for the natural variance of the springs. The calibre 39-47 which sports Glashütte Original’s Panorama Date window is larger at 30.95mm thick and 5.9mm in diameter, which accommodates for having both disks for the date at the same level rather than superimposed. 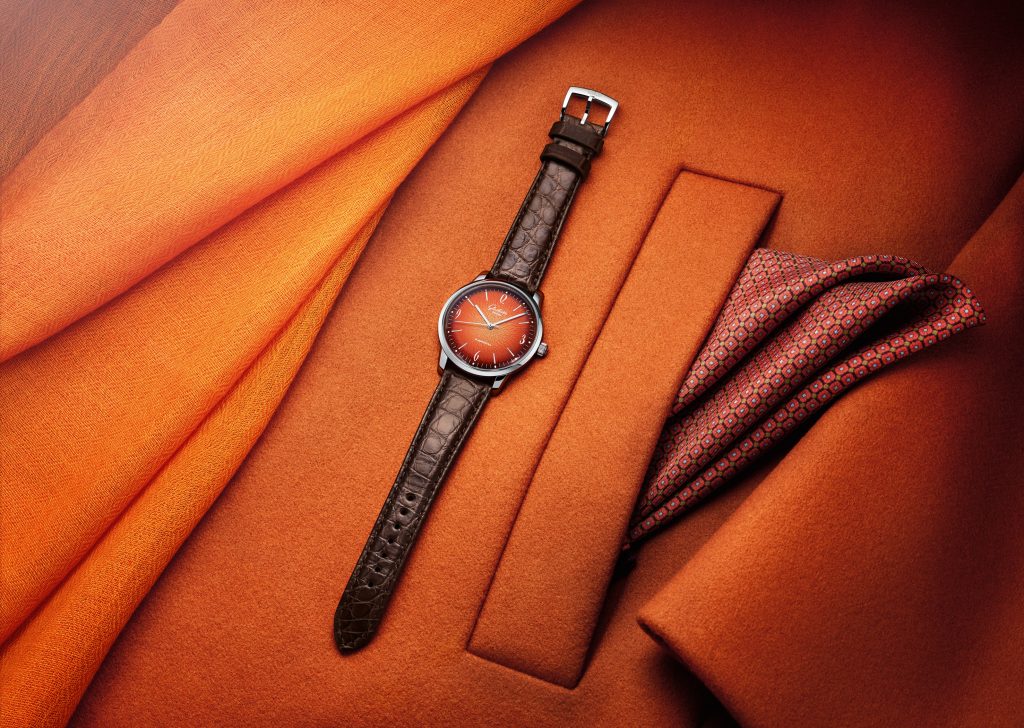 The power reserve stays the same between both movements. They are both excellently decorated to the high standards we’ve seen before of Glashütte Original watches.  Complementing that is a swan’s neck fine adjustment which in this case is as superbly finished as it is traditional to the Glashütte area. One of the reasons I like these watches especially is their presentation of the elements that characterise the Glashütte area. As well as the swan’s neck regulator, the three quarter plate design is present. So too is some beautiful Glashütte striping and sunburst decoration as well. 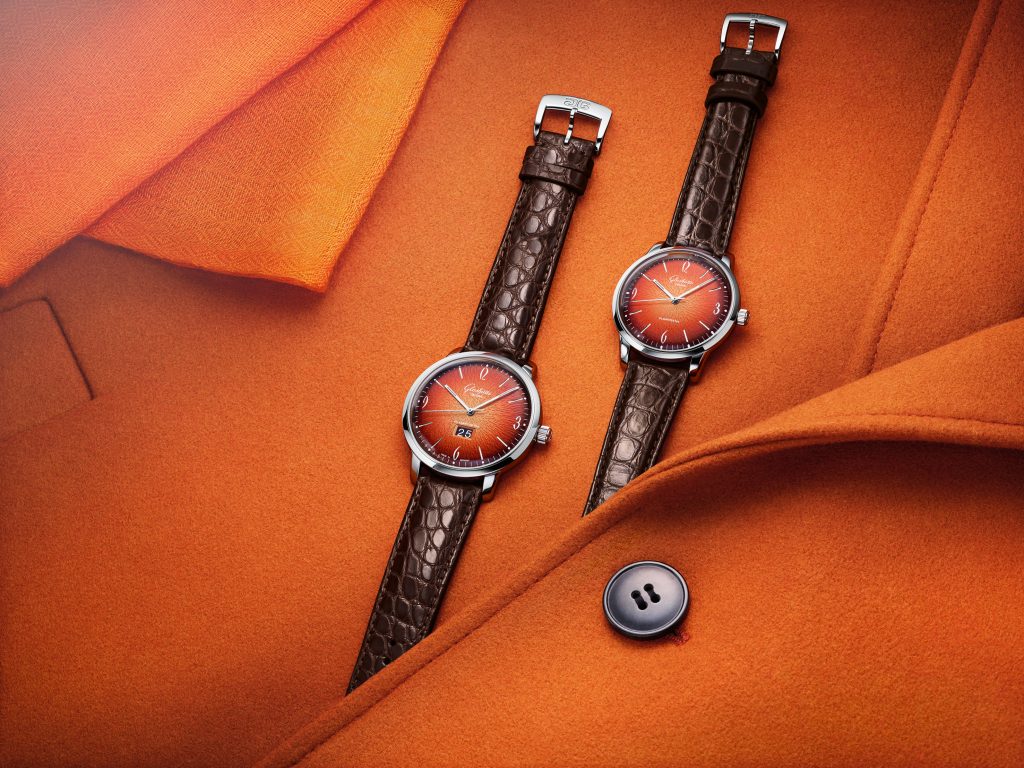 In terms of size, the three hand version comes in a stainless steel case with a very conservative size of 39mm in diameter and 9.4mm thick, while the date version comes in a bit larger at 42mm across and 12.4mm thick. Unlike the green watch from last year, both of these watches are served up with an alligator leather strap giving them a funky and textured appearance. 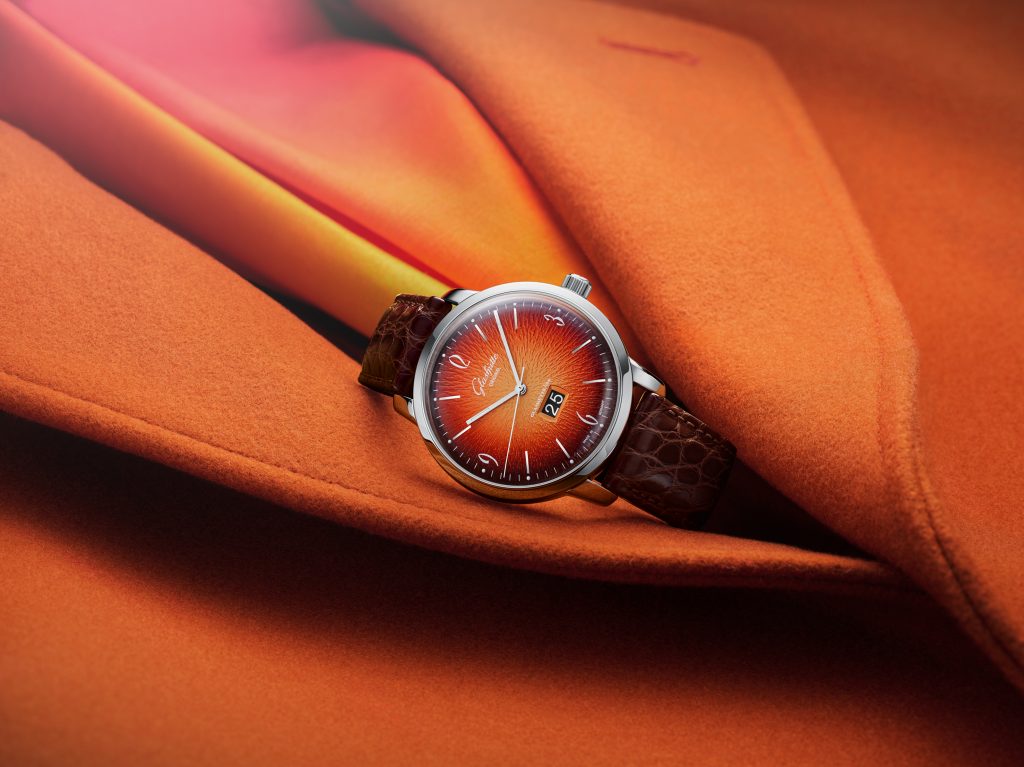 As they sit, these watches cost  €6300 if you don’t want the date, and €7800 if you do. Like last year’s green model, you can only buy these watches from Glashütte Original for a duration of one year, after that, they are no longer available.