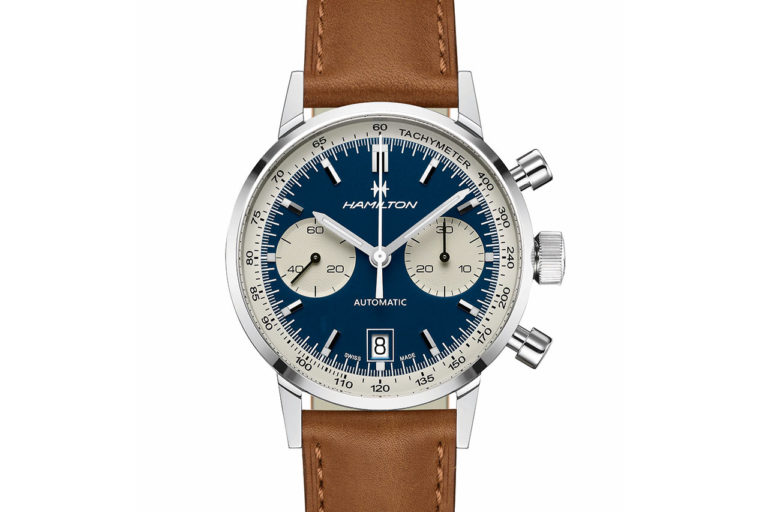 The retro-inspired trend has gone ahead to become quite the rage recently in the watch industry. So, when Hamilton launched the modern re-interpretation of an old reference it was bound to become a success story. Initially launched as a limited edition watch with a 42mm case which was later trimmed down to a more manageable 40mm, the Intra-Matic chronograph is a handsome looking watch influenced by a similar looking piece from 1968. For 2019 Hamilton is adding some more sizzle to this watch by introducing a new blue/cream colorway. 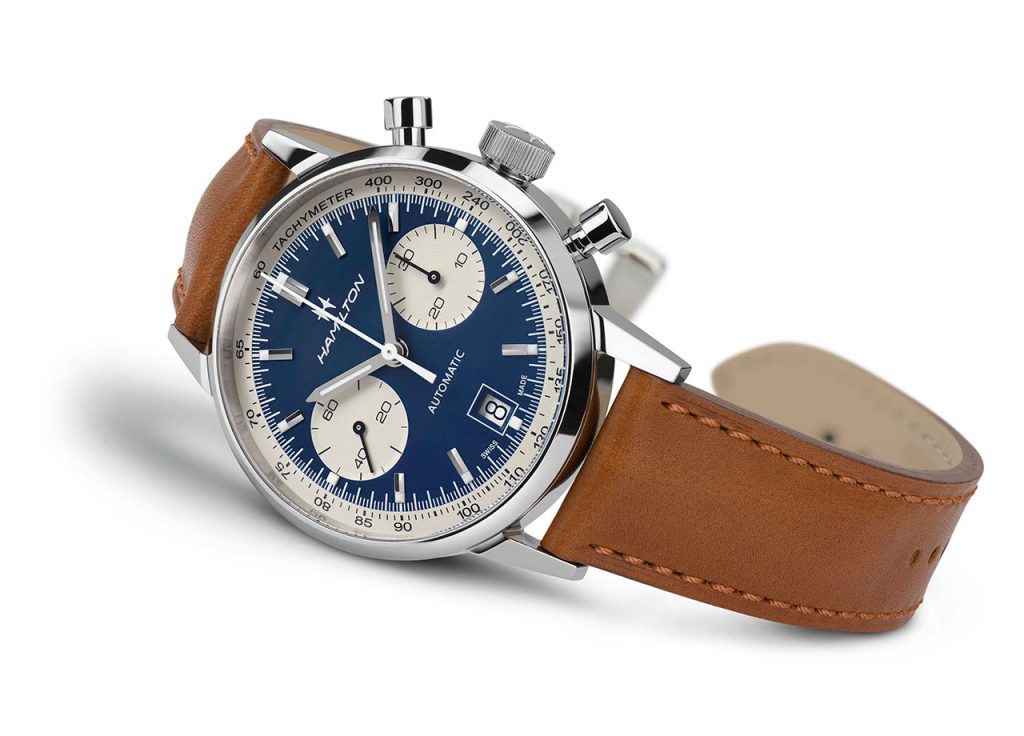 The new for 2019 Intra-Matic chronograph is presented with an attractive reverse panda style layout which has the base dial rendered in deep blue shade, topped up by cream-colored subdials. The hour markers are faceted and have been nicely applied to give a sense of depth to the dial. The markers also have small rectangular lume plots towards the outer edges which would aid low light visibility combined along with the lune filled hour and minute hand. The minute track has been presented in the form of printed white hash marks and as this a chronograph there is also a tachymeter scale printed in black on the outer periphery. Finally, to complete the dial you have a cleanly executed date window at 6 which helps maintain the overall symmetry of the dial. 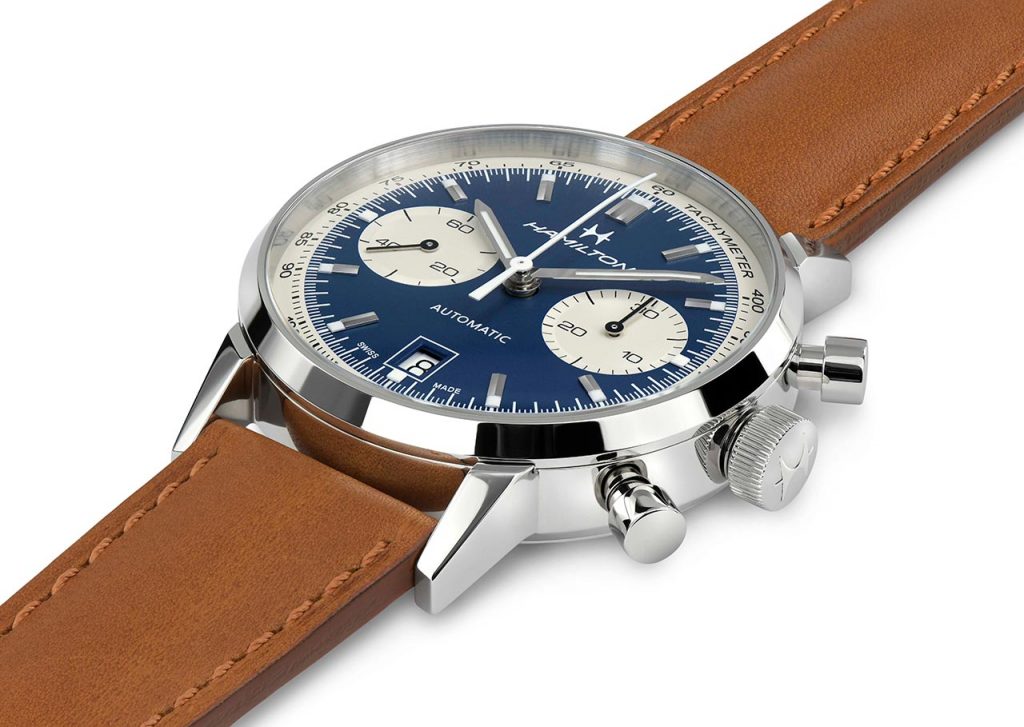 The case on the Intra-Matic chronograph is made from stainless steel and has a diameter of 40mm which combined along with the angular lugs should make it wear comfortably on a variety of wrists. As for the finishing, the case has been polished for the most part which includes the sloped bezel on top and the pump style pushers at 2 and 4 respectively. There is a grippy crown at 3 which should make winding the watch a pleasure and even though it isn’t threaded, the case is still water resistant to a healthy 100 meters.

Powering this watch is Hamilton’s automatic chronograph Caliber H-31 which is basically a modified Valjoux 7753 movement. It operates at a frequency of 4Hz and offers a power reserve of around 60 hours. The movement is also responsible for the less congested and highly legible bi-compax layout with a 30-minute counter at 3 and a running seconds subdial at 9. 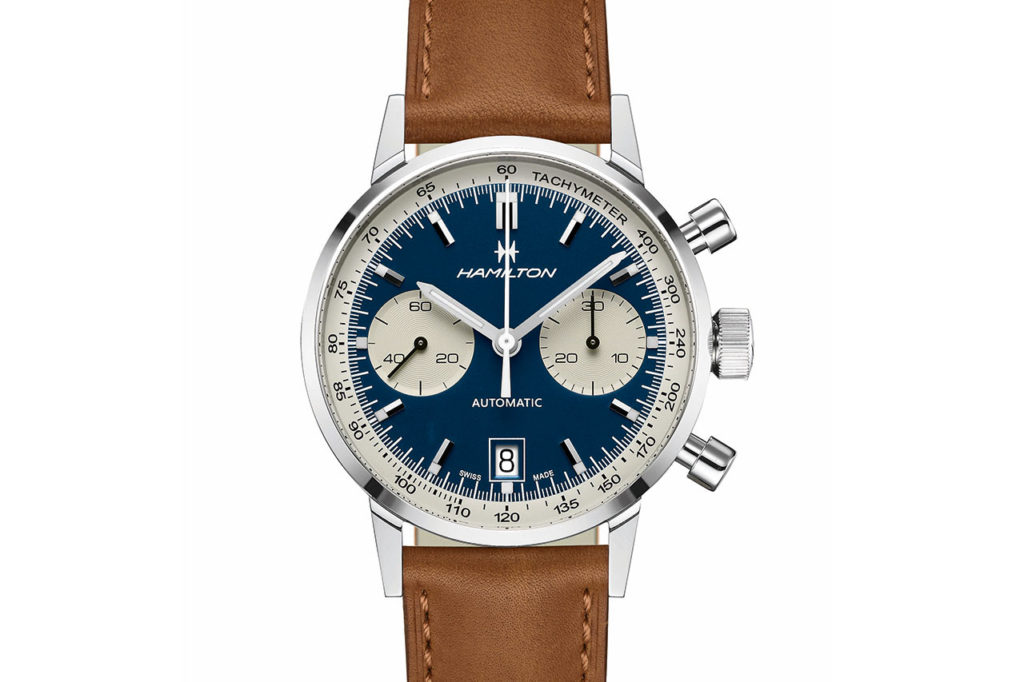