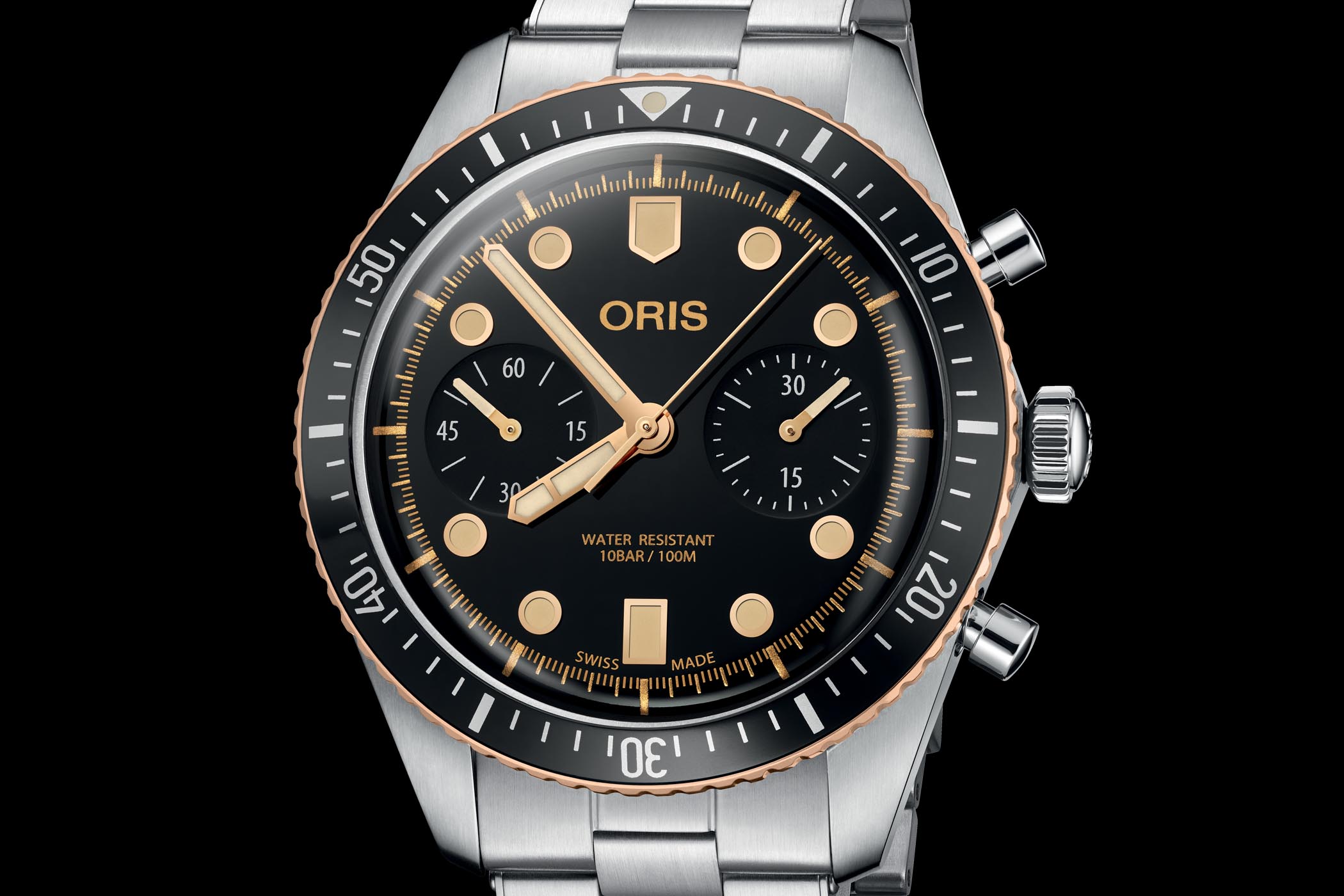 The Divers Sixty Five collection from Oris has been a head turner since its inception. Notable for its classy, vintage driven looks combined with high-quality design and fiendishly low retail prices, Oris has been on a roll in recent times. To continue their quest for affordably priced world domination, they now launch the Divers Sixty Five chronograph model in full production spec. Though we have seen something along these lines before, that was a limited run of watches made for Bucherer. This one isn’t. 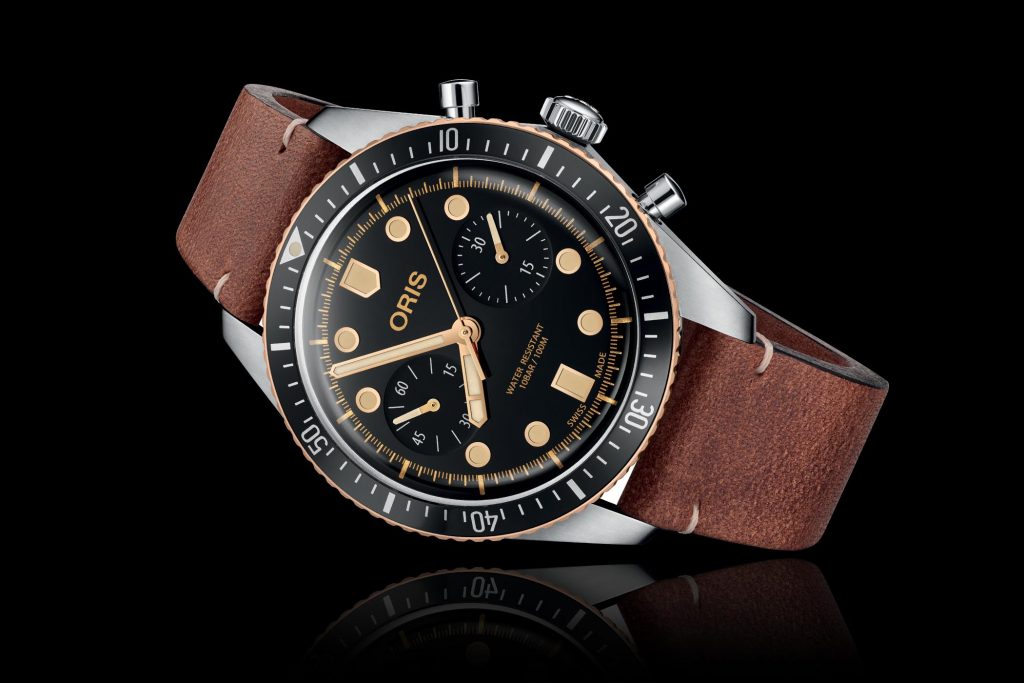 The new Divers Sixty Five chronograph features the same layout as the Bucherer edition, namely, a bi-compax chronograph with big indices and thick, robust styled hands. Legibility is not a problem for the Oris, it is a diving watch, after all, the markers are large and round to help with visibility and the hands and markers painted with a ‘fauxtina’, or pre-patinated lume. The colour of this is apparently known as “Light Old Radium”. 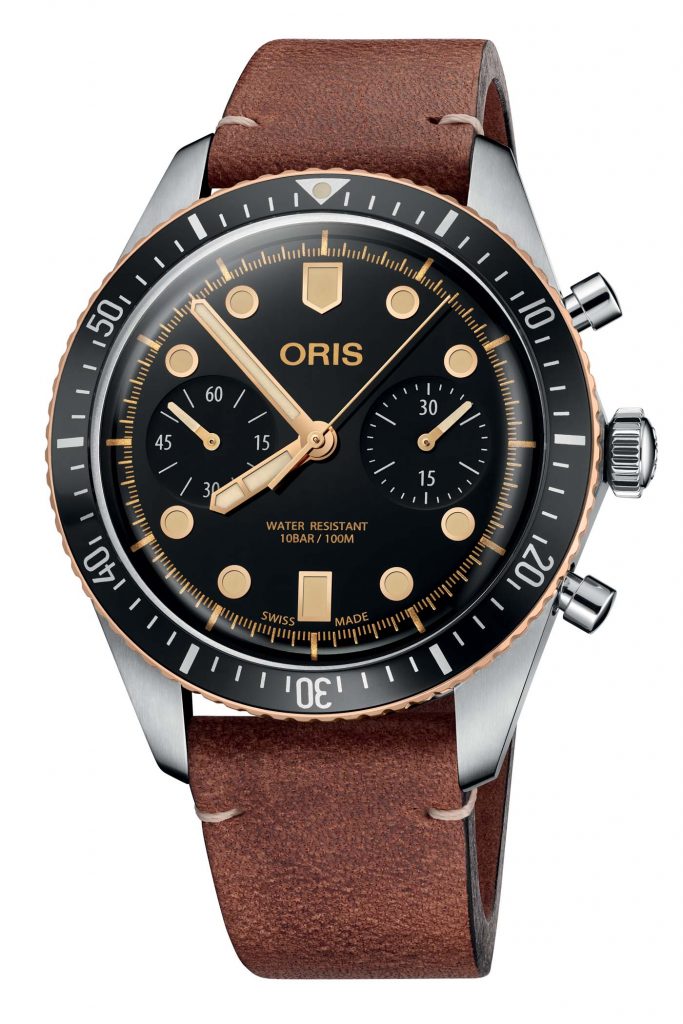 The simplicity of the dial means that there is no questioning the reading of the watch, but it also means less timing practicality too. The chronograph is only able to record 30 minutes, after which you’ll need a tally or a good memory if you plan on timing long events. There’s no kind of scale on the chronograph either, no tachymeters or anything, but that is for a reason. 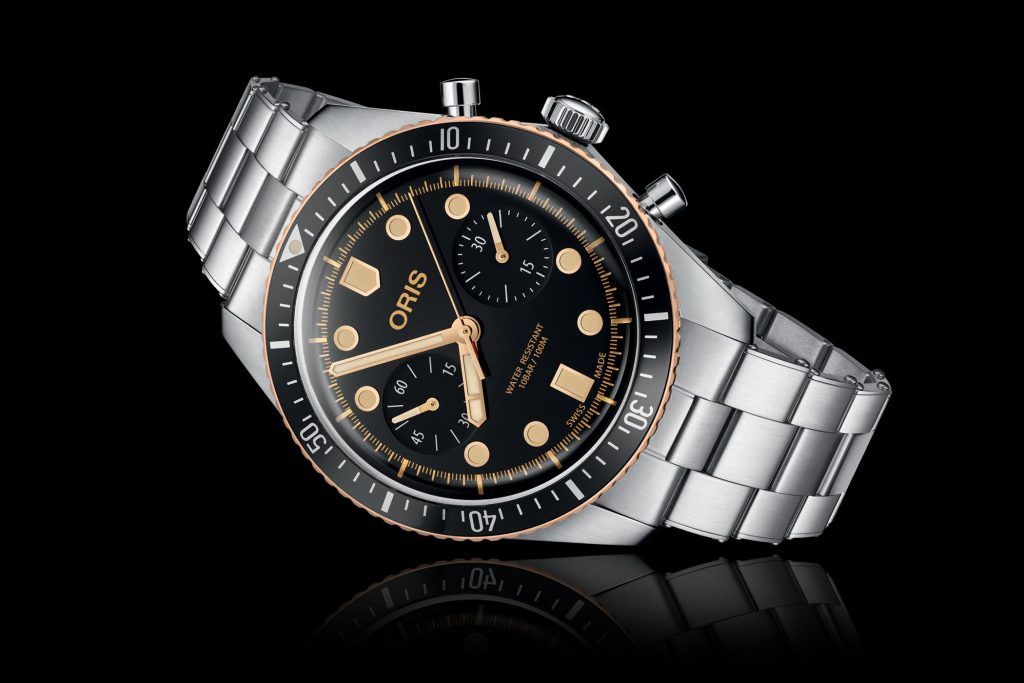 As the name suggests, this watch is made for scuba diving. Under the sea, legibility and clear thinking are what keep you alive. It is unfortunate that many have become too confused or panicked and paid the ultimate for it. The Oris provides a clear line of sight to the information that matters. The stainless steel case keeps the watch water resistant to a depth of 100m, the minimum required by the ISO6425 regulation to be considered a diving watch. 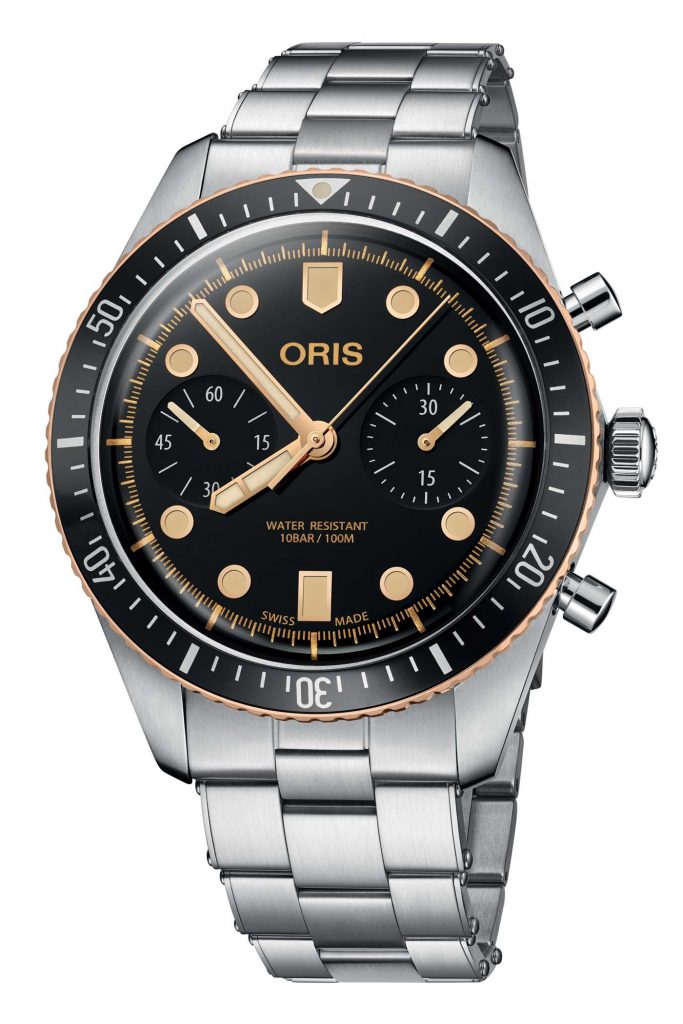 The movement inside the watch is the Sellita SW 510, known here as the Oris calibre 771. It has 27 jewels, a 4Hz oscillation frequency and a power reserve of 40 hours. It comes on either a simplistic leather strap which is dark brown in colour or a riveted stainless steel bracelet. The bronze colouration of the dial blends particularly well with the strap in my opinion and is my preferred choice here.

The price for the new Divers Sixty Five Chronograph is €3800 on the leather strap or €4000 on the bracelet.