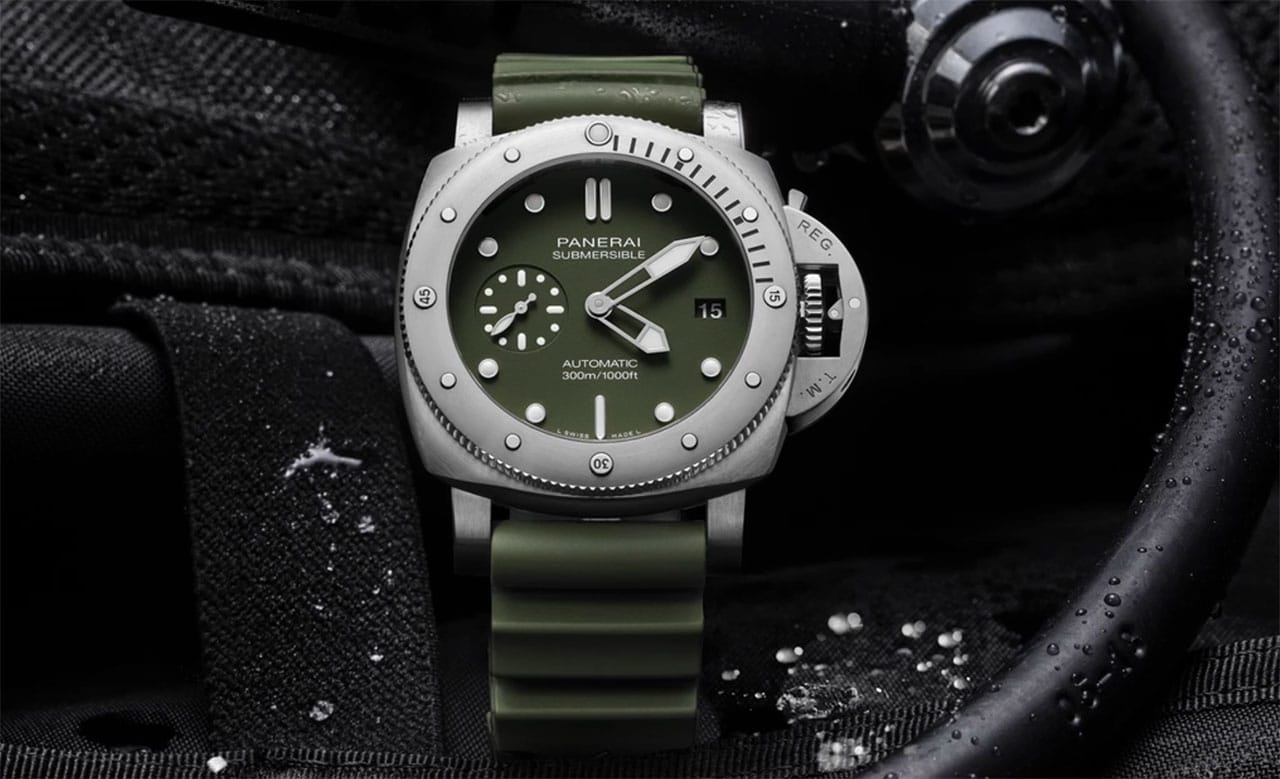 Over the last eleven months, one of the most active brands has been Panerai, which has had a heavy focus on its Submersible range of watches that we first got to see back in January at SIHH. Since then, a whole slew of new Submersibles seems to have materialised out of thin air, and now another one is joining them. The new Submersible Verde Militaire 42mm PAM1055 might have a bit of a mouthful of a name, but it’s undeniably a good looking watch. 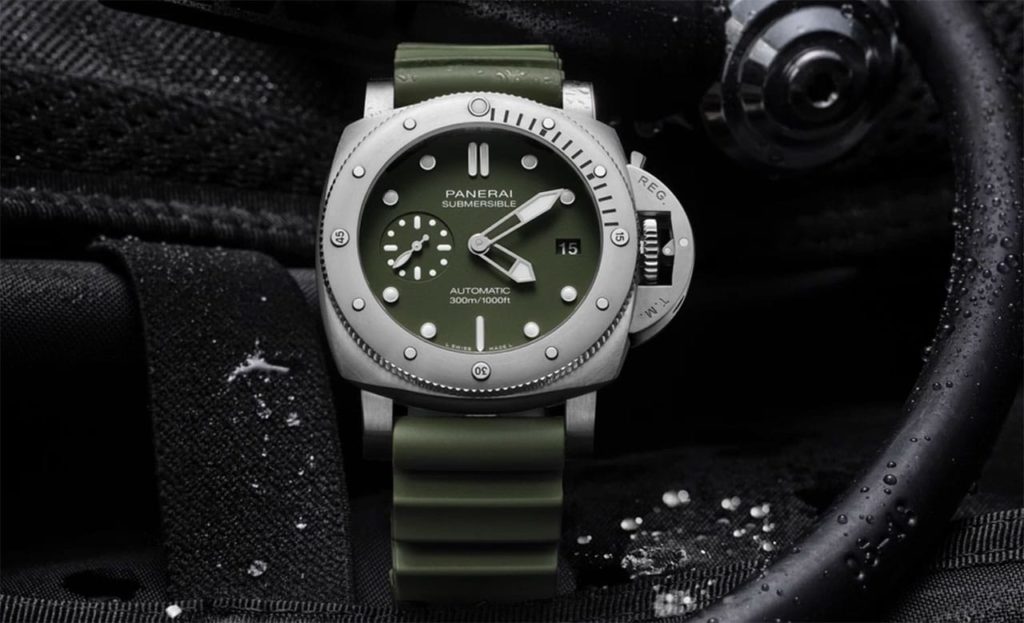 Most of the Panerai watches released this year have had some connection to one of the many projects and teams that the brand sponsors. This one, though, doesn’t. It is the first Submersible in history to have a military green (verde militaire in Italian) coloured dial, which is supposedly a big deal. I feel that whether it is or isn’t a big thing should be left to the end customer, to me, it doesn’t seem like something to shout from the rooftops. However, when paired with the green rubber sports strap, it is impressive to see. I’d like to see Panerai sponsor a couple of competitors of the Tough Mudder events, so we can see these watches put to real use. If anyone at Panerai wants to sponsor me, please get in touch. 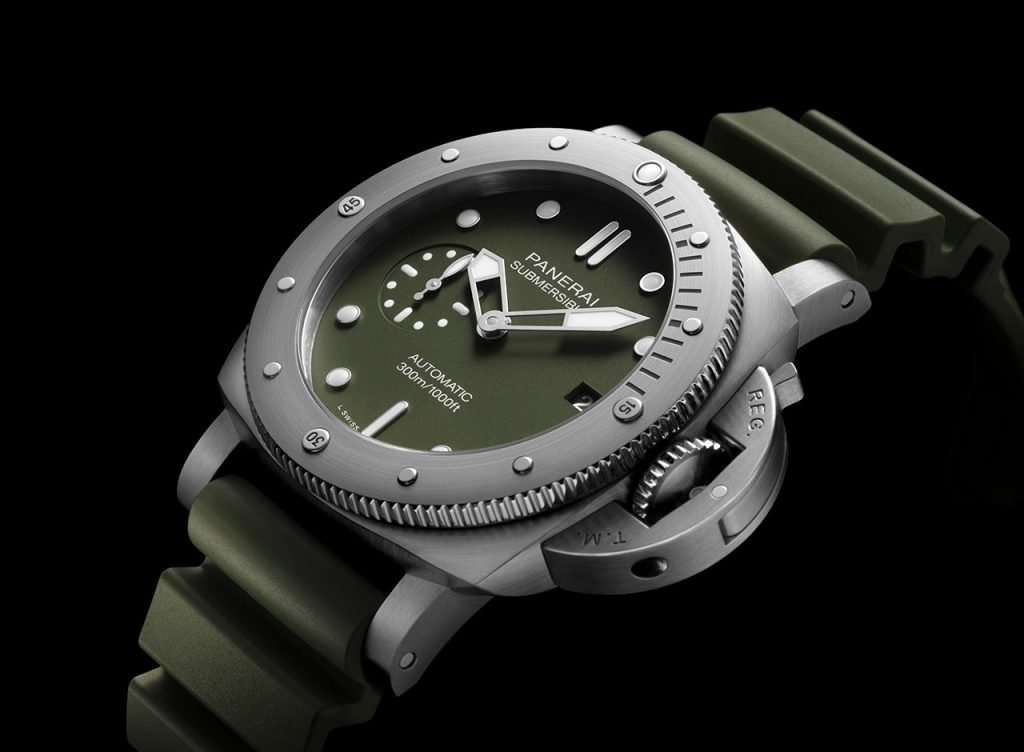 Being in the Submersible range of watches, the PAM1055 needs to be resilient. The stainless steel case has a water resistance of 300m and Panerai’s infamous crown guard device. Inside the 42mm x 14.37mm case is Panerai’s P.9000 calibre, an extremely robust automatic calibre which offers a 72-hour power reserve, a 4Hz beat rate and has 28 jewels. For those who consider themselves a bit of a horological connoisseur, it’s also made in-house by the Panerai factory at Neuchâtel, Switzerland. 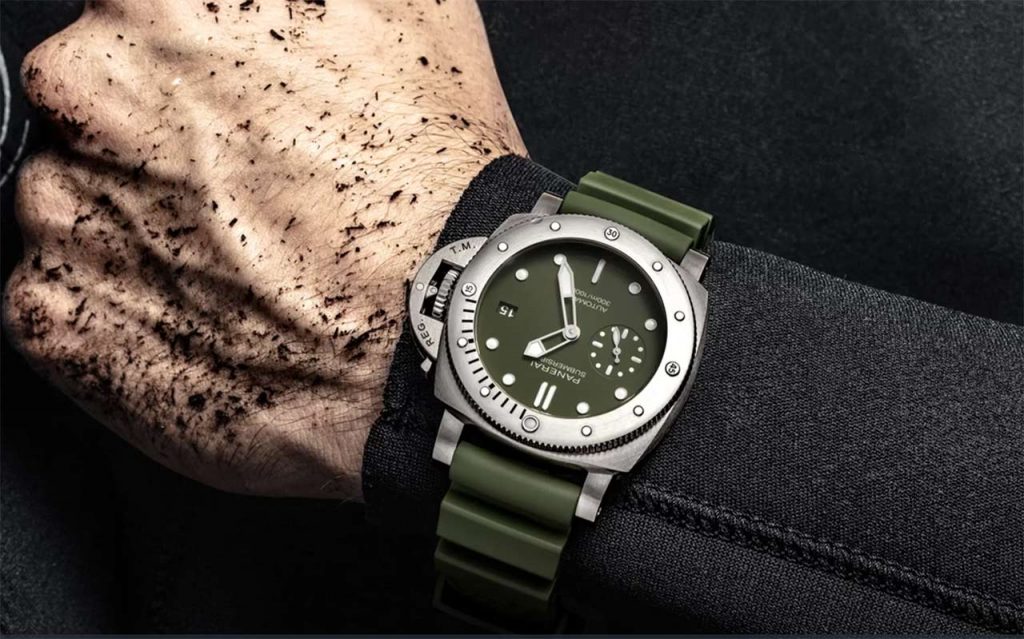 I’m somewhat surprised that Panerai isn’t offering this watch with a 47mm variant. Most people would automatically baulk at the idea of a 47mm sports watch being somewhat usable as a daily. Still, without the extra thickness of a chronograph, the 47mm models are surprisingly wearable. Still, the 42mm PAM1055 watch is a beautiful watch to look at, and it’s limited to just 500 examples which will cost $8700 before tax.