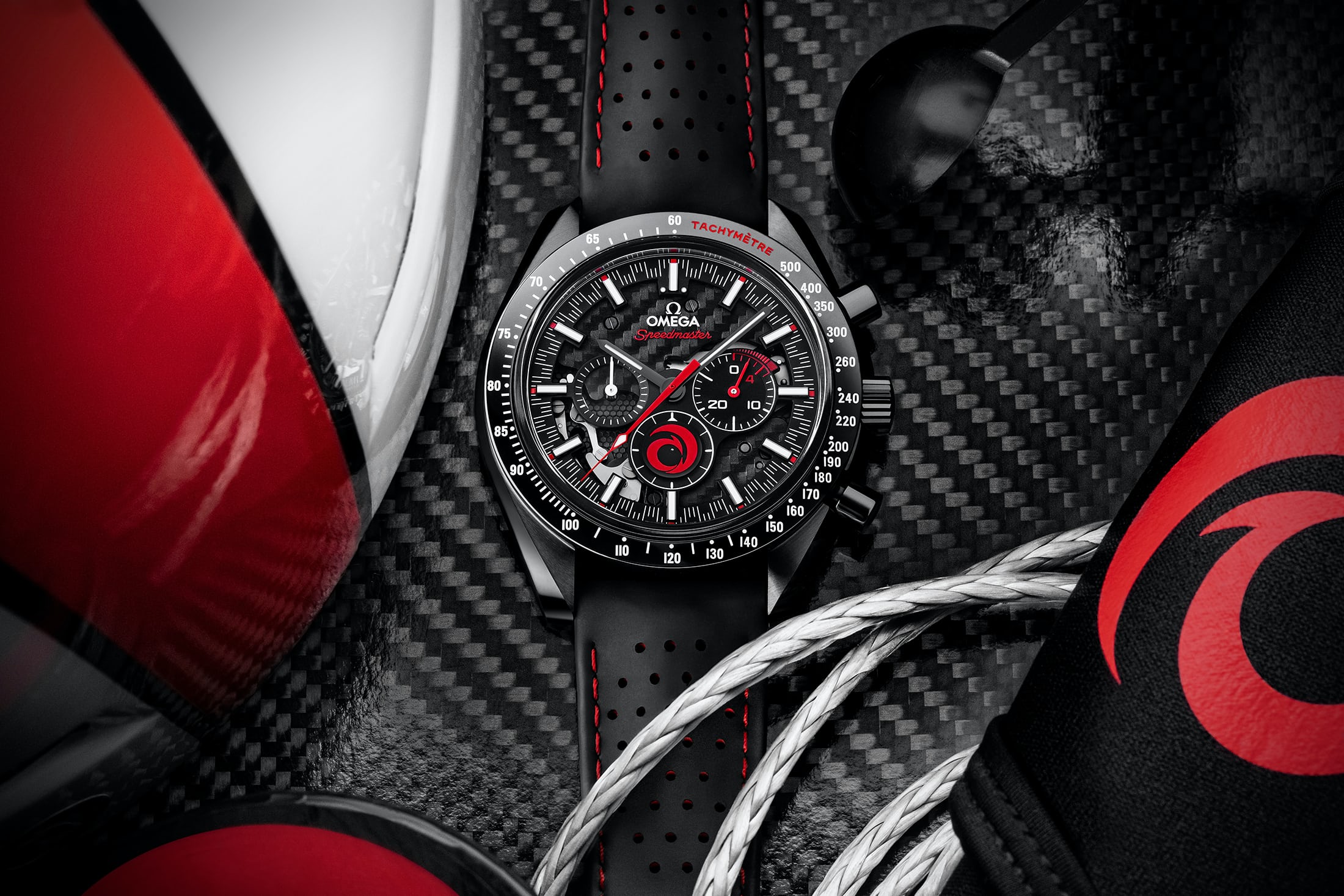 Introducing The Omega Speedmaster Dark Side Of The Moon ‘Alinghi’ Watch

You know, it was only the other day I was thinking to myself that I hadn’t seen a special edition watch from Omega in some time. Then I got an email telling me about the new Speedmaster Dark Side of the Moon special limited edition, so I thought I’d take a look. 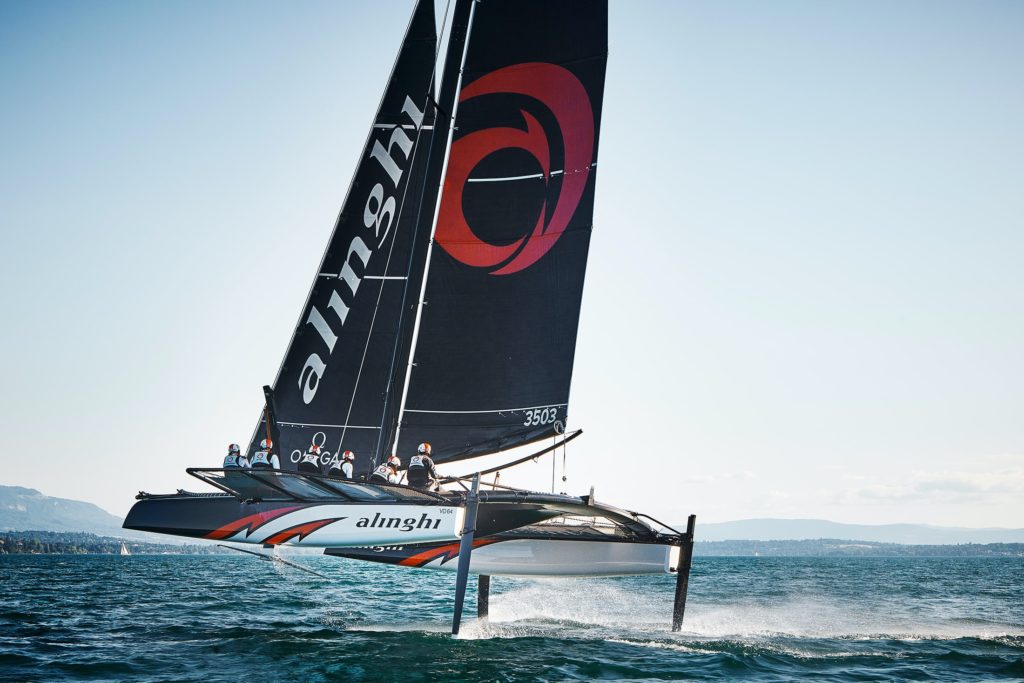 The Speedmaster has already proven itself to be a worthy basis for special edition pieces to be built upon. The Speedmaster Dark Side of the Moon, however, could perhaps be the perfect watch for Omega to use as a platform for special editions. I’m just not sure that this is the right watch for this particular piece which celebrates Omega’s partnership with Alinghi, Switzerland’s yacht racing team. 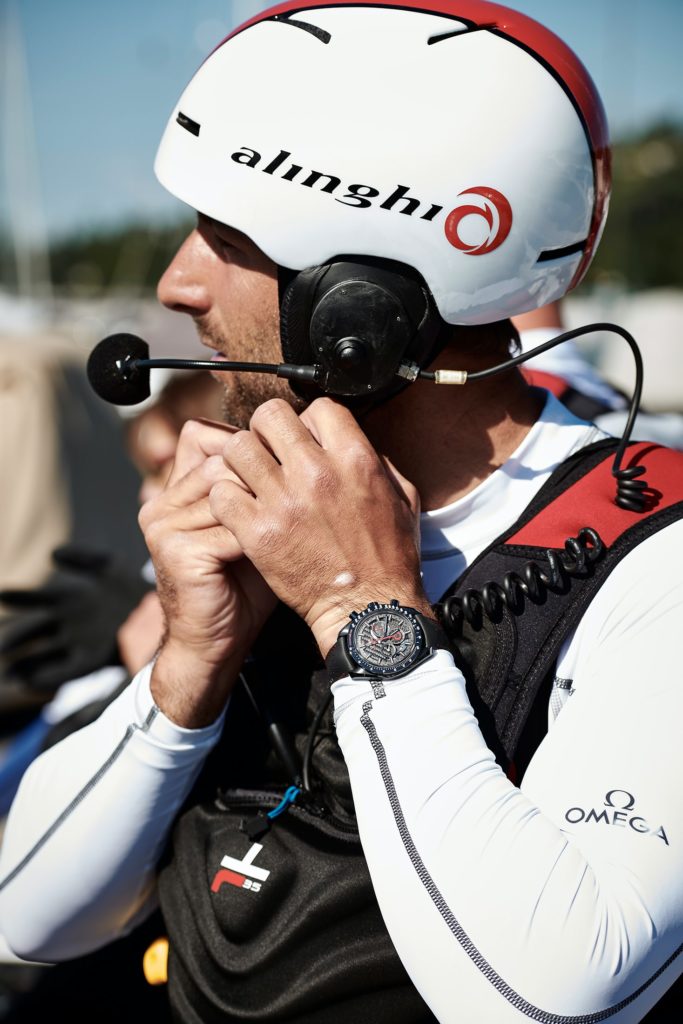 The America’s Cup is the oldest sporting trophy going; it’s been going since 1851 in fact. The Alinghi team was set up in 1994 and builds upon Switzerland’s strong maritime history, perhaps the strongest maritime history of any landlocked country. If you visit the lakes, especially Lake Geneva, in the summer (though not this summer of course) you’ll find them swarming with sailing boats. With all this yachting going on a Swiss yacht racing team was bound to happen at some point, and being Swiss it would be partnered with a watchmaker.

Since last year the team of choice for Alinghi has been Omega, before that it was Audemars Piguet. That isn’t the root cause of the unknown feelings I feel about this watch; it’s the way they’ve gone about it. 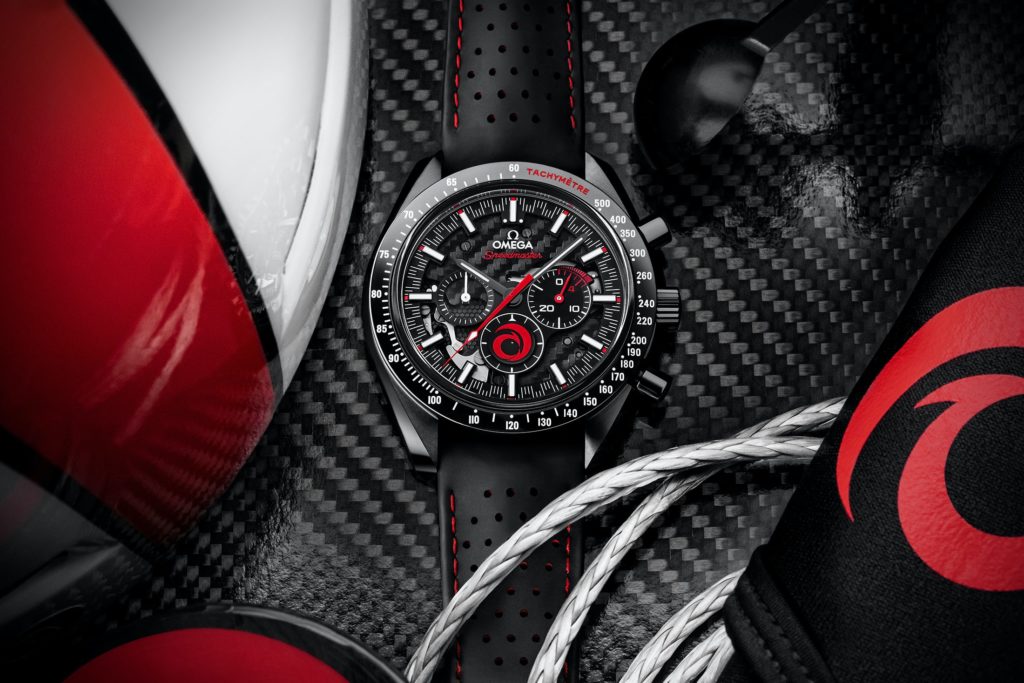 For starters, the base watch is the Dark Side of the Moon. Omega has a fine history when it comes to scuba diving and all things relating to water, they also have a vast catalogue of watches which would suit the Alinghi team well, including chronograph watches. Instead, they decided to go with the Speedmaster Dark Side of the Moon. It’s a watch that is water-resistant, of course, but it’s water-resistant to 50 meters rather than the 300 meters that Omega’s professional diving watches begin at. 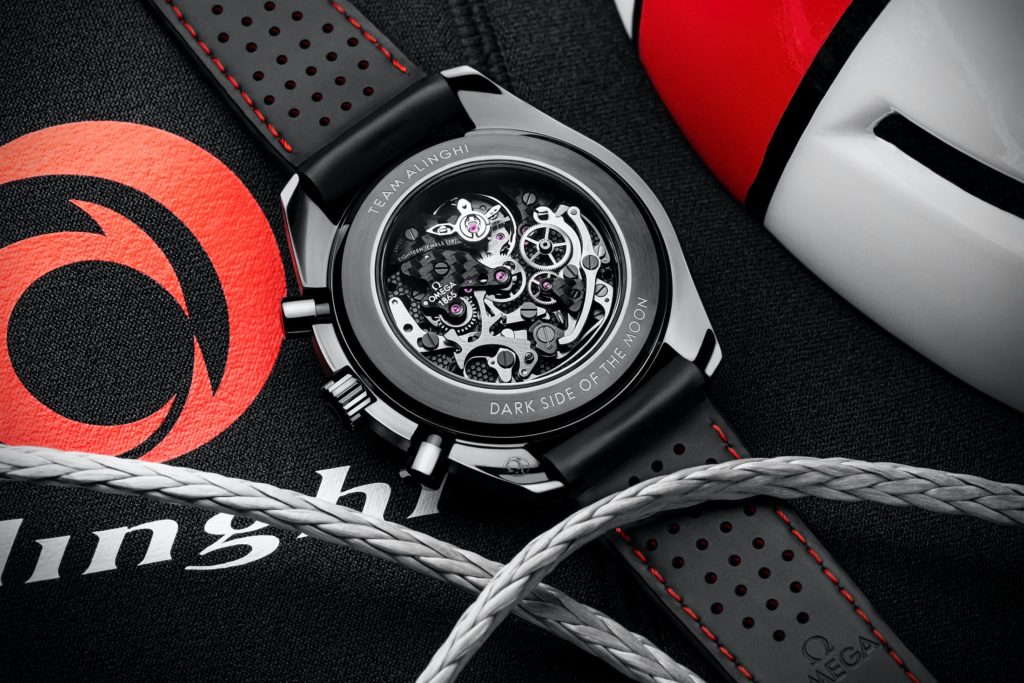 “But boats ride on top of the waves” Well, duh. But it’s important to remember that your gear should be designed to take more punishment than you intend to give it. The sailing yachts that Alinghi and their competitors use are not the little dinghies you might find bobbing about the local reservoir. They’re fast, agile and perilous, and when going at full chat, they can reach speeds of over 57 miles per hour. Falling off one of these, then, is going to be unpleasant, but it could happen. If you check our lexicon, we recommend choosing a watch that has a water resistance rating of at least 500 meters if you plan on undertaking impact watersports, such as professional waterskiing or professional falling-off-boats. It’s entirely possible that the seals around the chronograph pushers of the watch might not cut the mustard on the waves, at least after repeated dunkings. Also, the bezel of the watch is calibrated in miles per hour, rather than knots which you’d think is the measurement of choice given that this is a maritime racing timepiece. 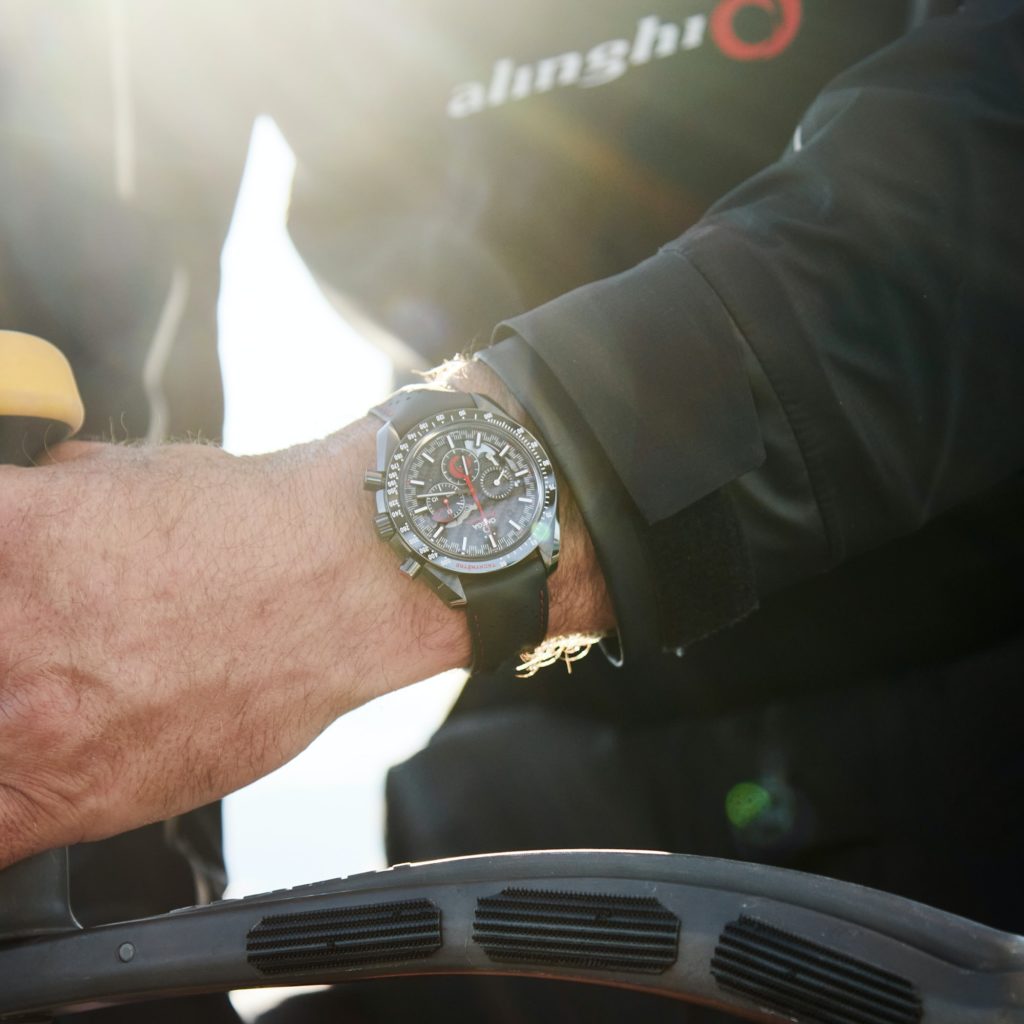 Those are my main gripes with this timepiece. The dial of it is good-looking with a carbon-fibre weave pattern and the Alinghi logo being the hour counter for the chronograph, the red details match nicely, and there’s a 5-minute section in red on the chronograph minutes subdial in place of a regatta countdown like you’d see on a Panerai or Ulysse Nardin. Around the back is the calibre 1865, a version of the 1861 calibre that is being used exclusively for this watch due to the carbon-fibre motif on the backplates of the movement, which has been applied by a laser. It’s virtually the same as the calibre 1869 used in the Apollo 8 edition Speedmaster, except with different finishing. 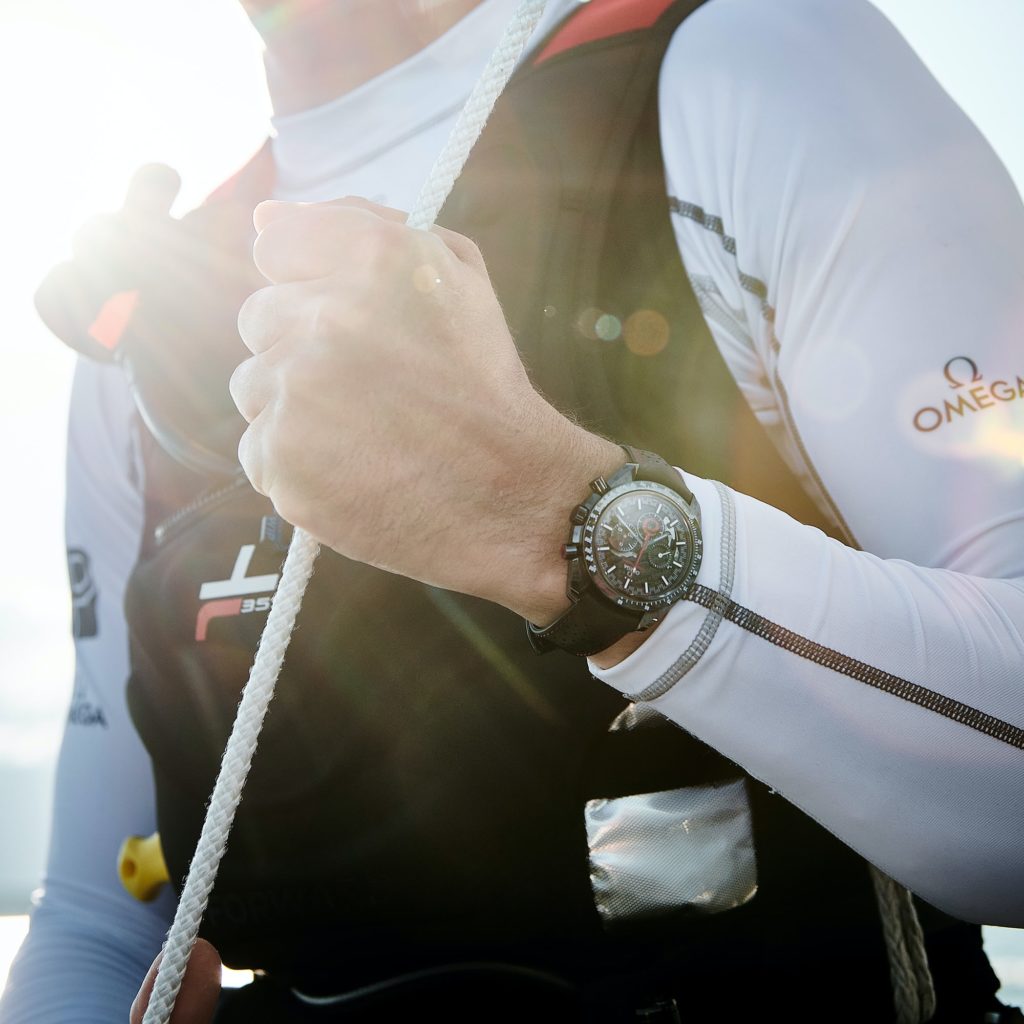 That means you get a manually wound chronograph with a 3Hz beat rate and a power reserve of 48 hours. It’s presented in a black ceramic case measuring 44.25mm in diameter and 13.80mm thick. The price for one of these is set at $10,800.