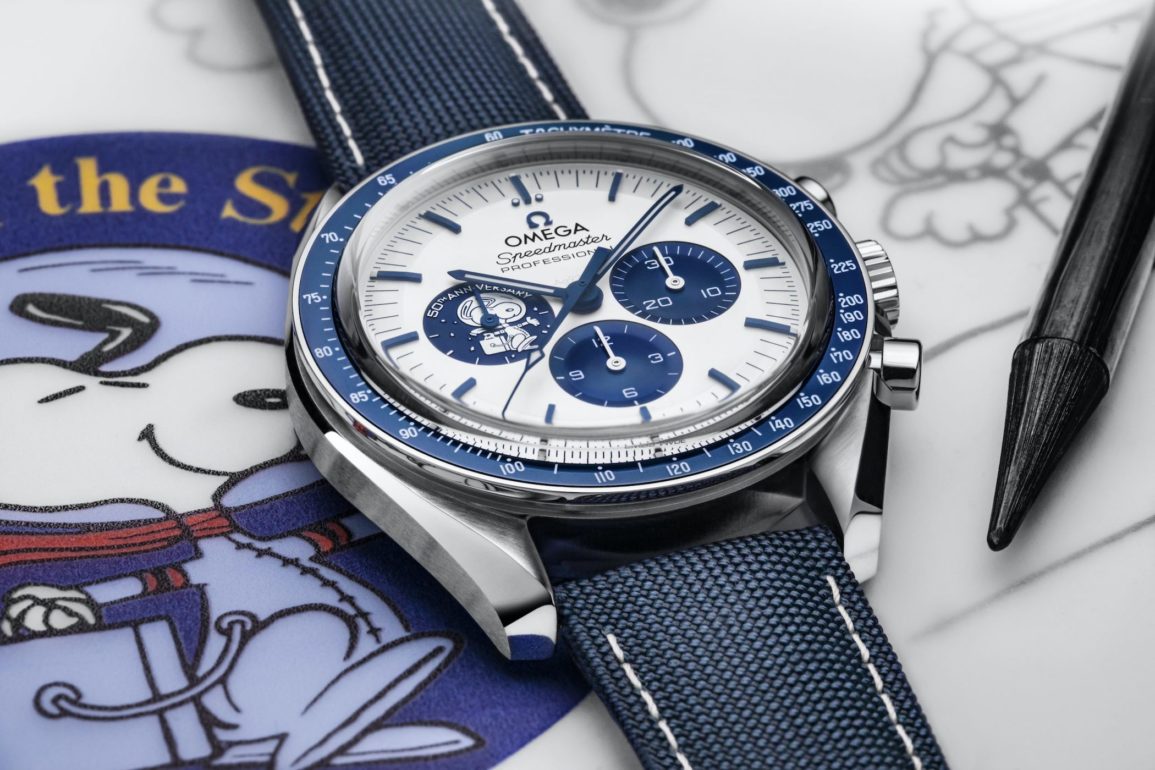 The 50th anniversary of the Speedmaster's Silver Snoopy award is upon us. Is anyone else hearing Pink Floyd right now?

Ah yes, it’s been a while since Omega’s last limited edition watch, so here’s the new one folks, but it’s got a story with it. It’s called the Speedmaster Silver Snoopy Award 50th anniversary, and it pays tribute to one of the tensest moments in recent history. 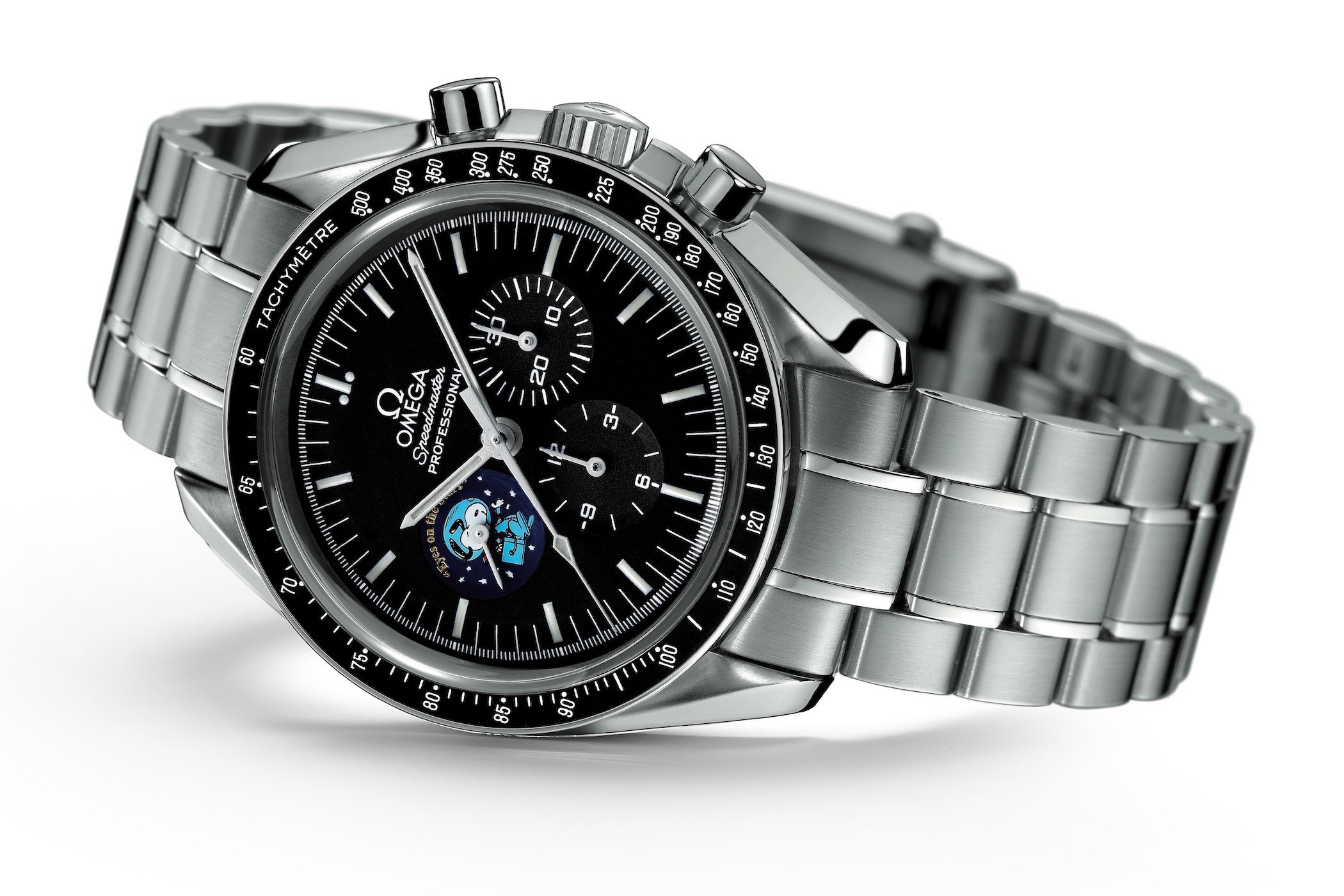 The scene was set, it was the middle of the cold war between NATO and the Warsaw Pact (officially the Warsaw Treaty Organisation). The USSR had beaten the USA to be the first nation to send a satellite into Earth’s orbit with Sputnik 1. They’d also been the first nation to send an animal, Laika the dog, into orbit in 1957. As if things couldn’t get bad enough for the USA, the USSR was also the first nation to land a human-made object onto another celestial body in 1959 with the Luna 2 mission, and Yuri Gagarin would become the first human being to orbit the Earth in 1961. But people tend not to remember those, except for the Vostok 1 flight carrying Gagarin. What they do tend to remember are the Apollo missions. 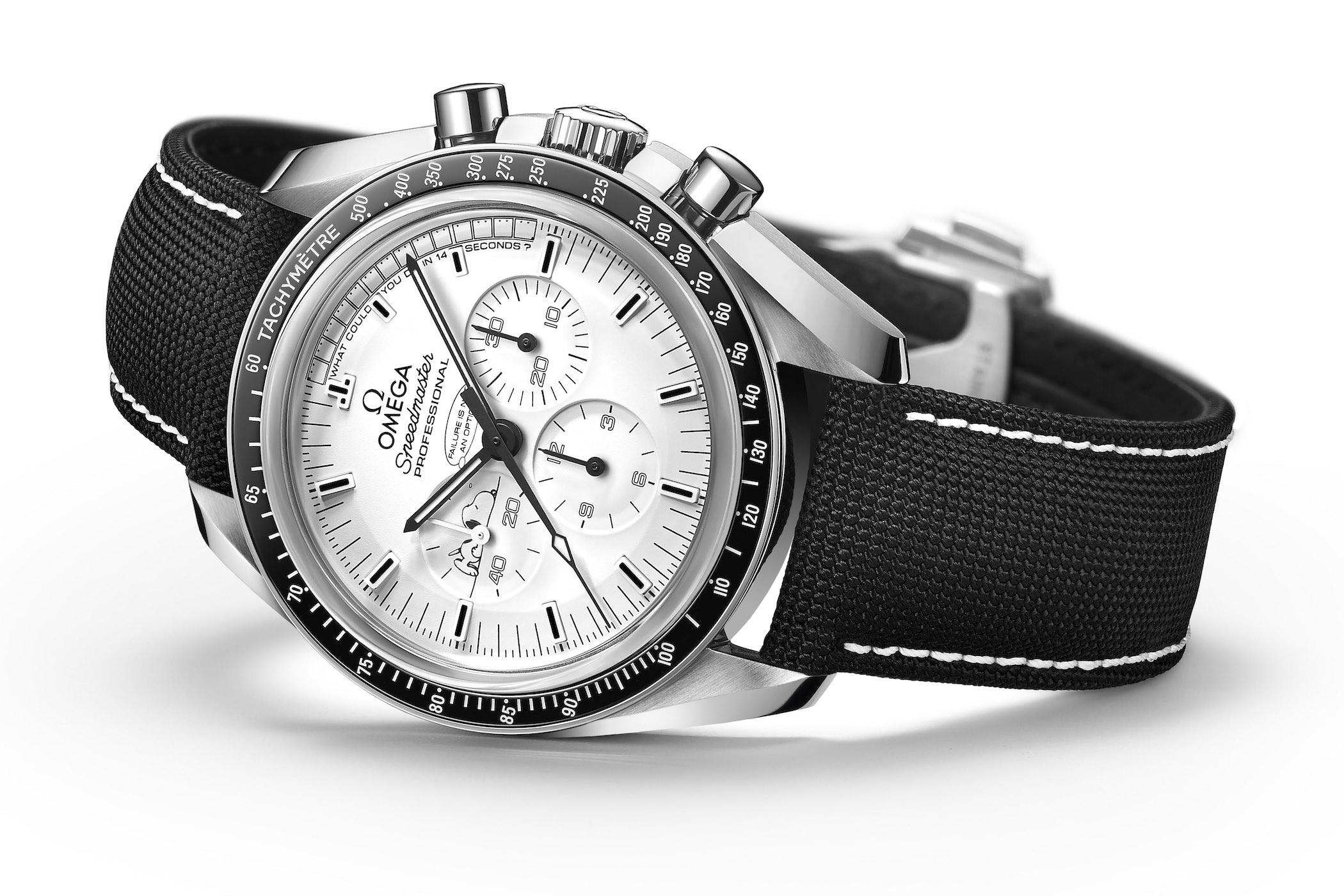 The biggest of them all was, of course, Apollo 11 which saw man landing on the moon for the very first time in July 1969. Four months later, Apollo 12 would also land on the moon, but in April of 1970, the difficult third act would go horribly wrong. A wire which powered the fan in one of the Service Module’s oxygen tanks had been damaged, causing a short circuit and igniting the entire thing and rupturing the other oxygen tank, meaning the mission had to be aborted. The astronauts aboard the craft, James Lovell Jr, John Swigert Jr and Fred Haise Jr were forced to use their Lunar Module as a lifeboat. This would also be the mission which saw the uttering of one of the most misquoted sentences in existence “Houston, we’ve had a problem”. 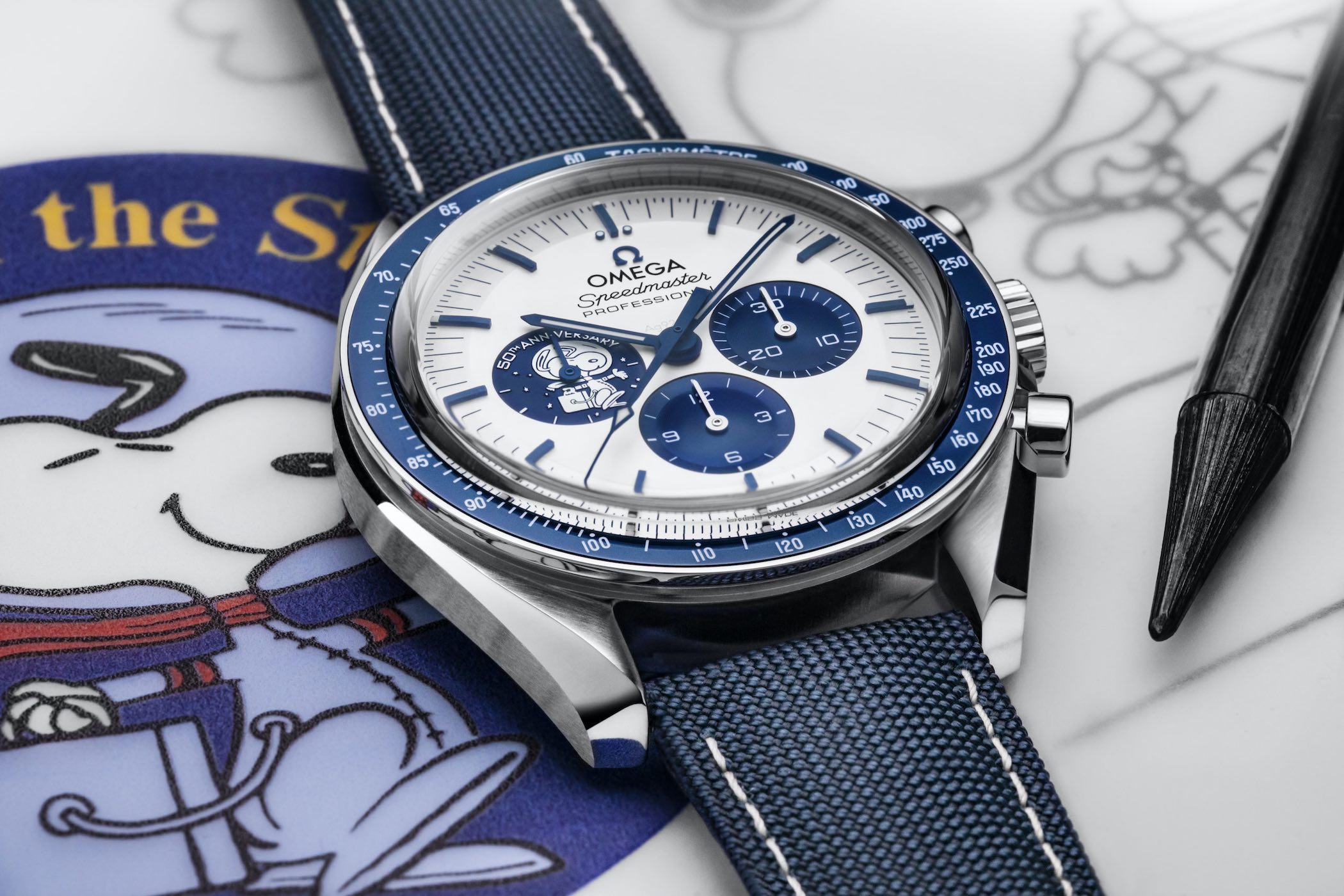 To return to Earth, the crew would need to use the gravitational pull of the moon, slingshotting around the dark side and heading back towards Earth. At some point, a part of the craft they were using impacted the moon, leading Lovell to state “Well, at least something worked on the flight”. To land safely on Earth (and somewhere the USA could recover them before the USSR did), the crew used the remaining burners on the Lunar Module to apply reverse thrust as needed. To time the burst with utmost precision, they relied on their Omega Speedmaster watches, which were standard-issue equipment for NASA astronauts back in the day. When they did return, the crew received the Presidential Medal of Freedom, the highest civilian honour in the USA, and the Speedmaster received the Silver Snoopy award, NASA’s special award recognising employees and contractors’ achievements concerning flight success and human safety. 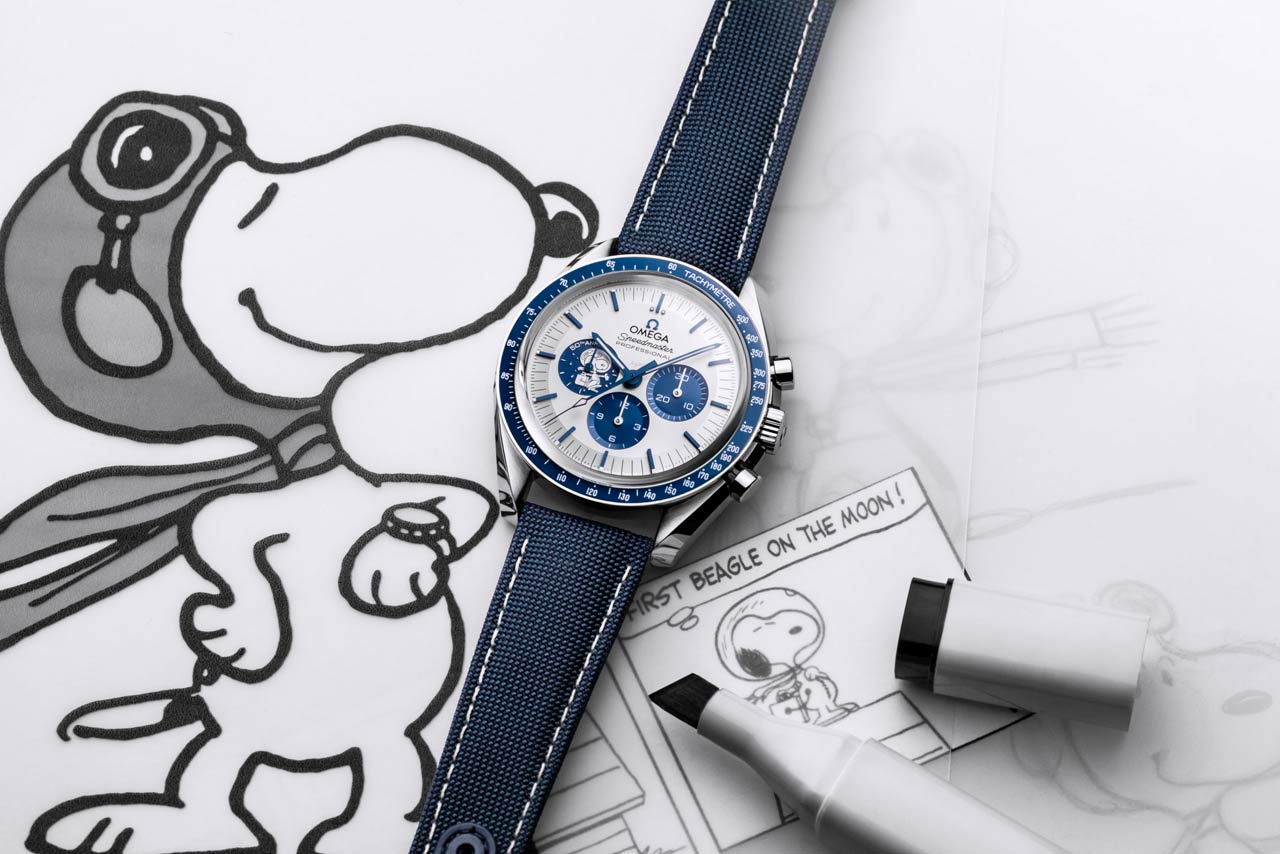 To mark the 50th anniversary of the Speedmaster receiving the Silver Snoopy award, Omega has released its 50th-anniversary special edition watch. To reflect the watch’s unusual position in the Speedmaster collection, Omega gave it a blue theme featuring a blue strap, blue ceramic bezel, blue subdials and blue hands with blue markers. Contrasting with the blue details is a white dial that’s crisp and sharp, I’m glad it’s not black, it would make this too severe, the white gives it a dressy appeal, and it combines with the blue fabric strap and white stitching. It’s presented in a well-proportioned 42mm case made of stainless steel, so it should fit most wrists comfortably. 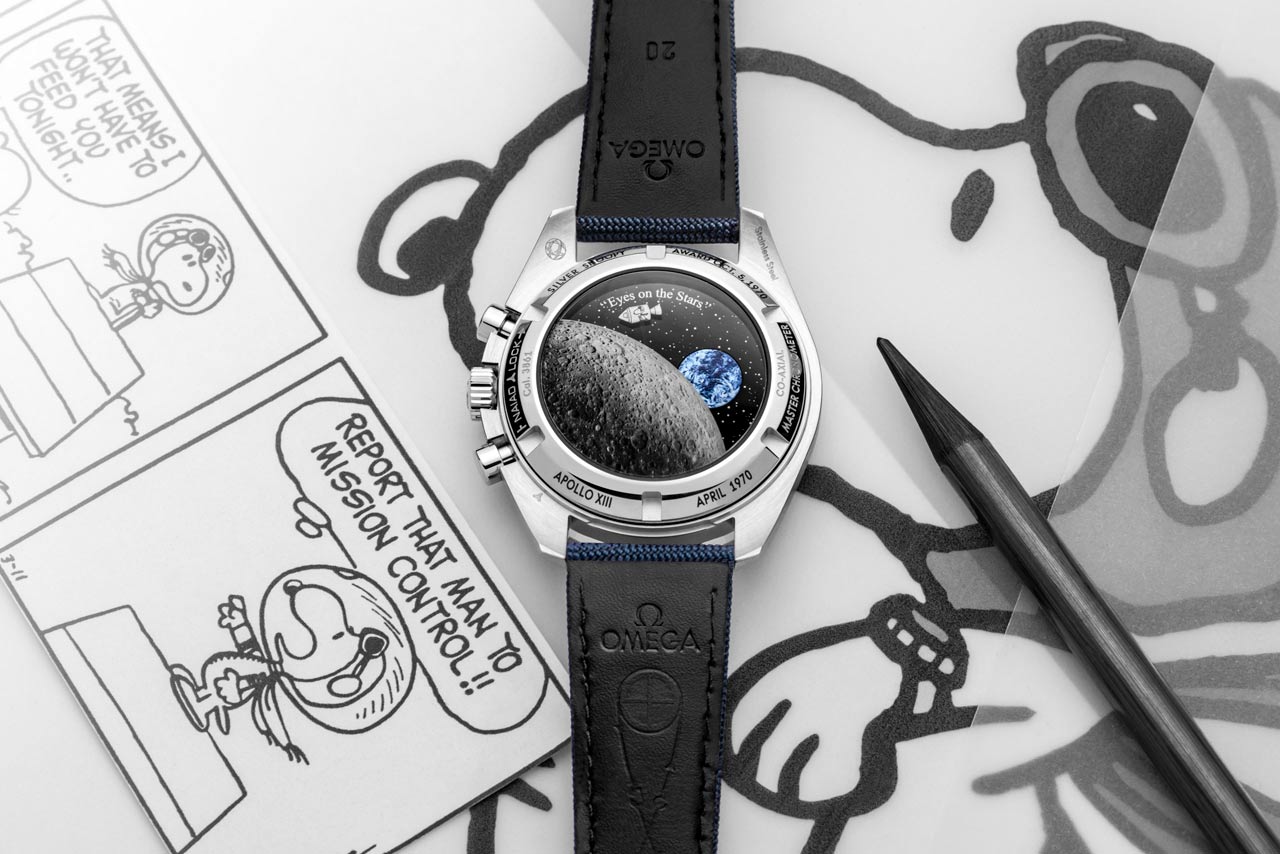 Around the back of the watch, Omega has done a Rolex and covered up the movement entirely. Unlike the Coronet, though, Omega has used this space as an art gallery. Instead of a balance wheel, column wheel and various levers, Omega has given us a picture of space, but it’s no ordinary picture of space: it’s animated. Also, it’s got a little Snoopy in a cute Command Service Module. As the seconds hand is running on the watch all the time, so too is a particular set of wheels which drive the Earth on the caseback. The Earth rotates once a minute, and when the chronograph is engaged, Snoopy flies across space thanks to a blackened hand, visiting the dark side of the moon and probably listening to Pink Floyd on the way. The caseback is always in the correct position thanks to Omega’s Naiad Lock technology, which is lucky as the moon is applied to the sapphire crystal. 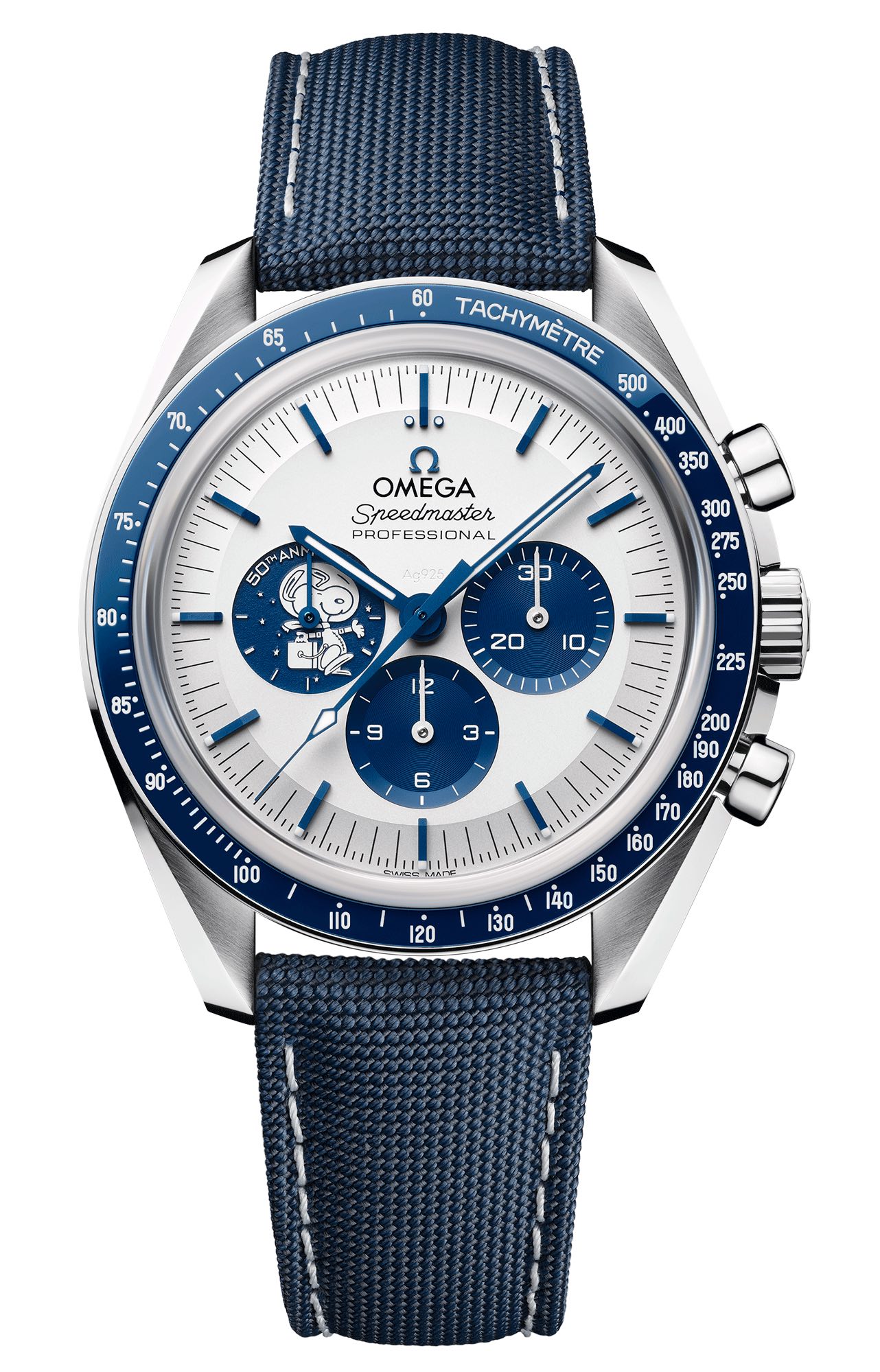 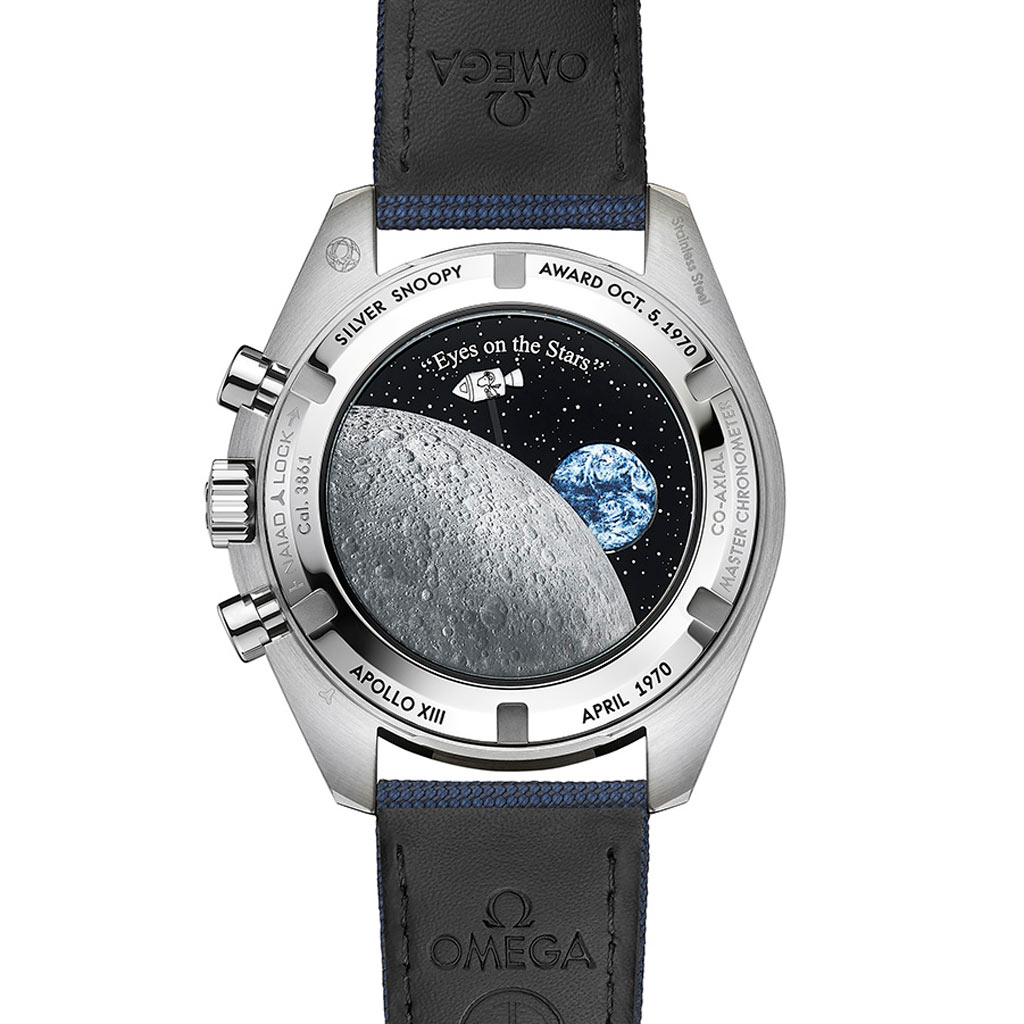 Powering all of this is Omega’s replacement to the 1861 calibre, called the 3861. This hand-wound calibre features a Master Chronometer rating, a co-axial escapement and a power reserve of 50 hours. It doesn’t have a column wheel control mechanism like most modern chronographs do, probably in keeping with the heritage of the movement. Omega hasn’t stated the degree to which the animated caseback affects the accuracy of the movement, but I know you probably won’t care about that. I don’t. 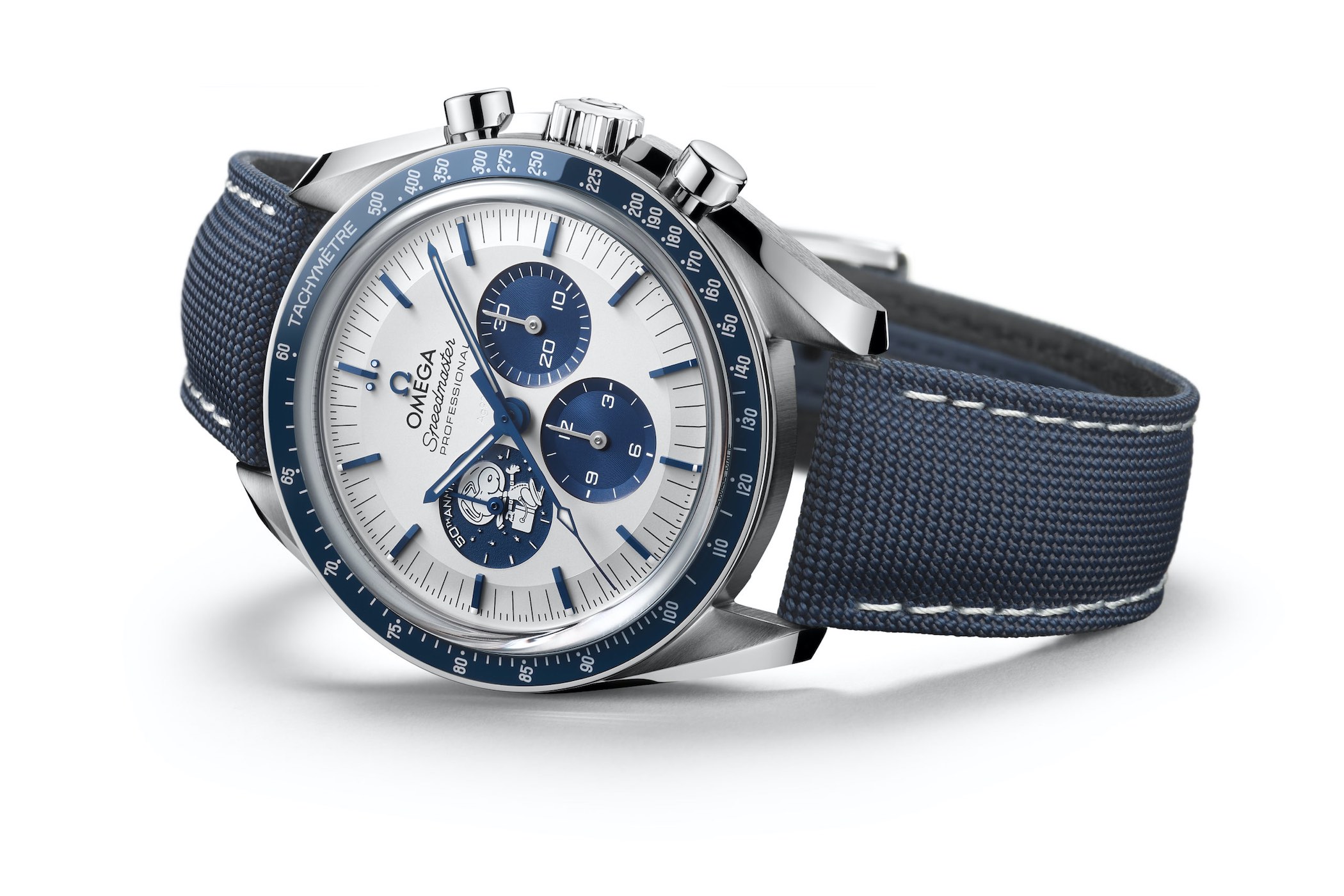 This watch holds a peculiar place in the Speedmaster lineup. As well as being a Silver Snoopy model, which is rare, it’s also not limited to a specific number of units. Sure, it’ll be hard to get, but if you’re happy to wait for the hype to die down, then it’ll still be around in a year’s time. It will come with a bespoke presentation box, a 5-year warranty and a price tag of $9,600 USD.