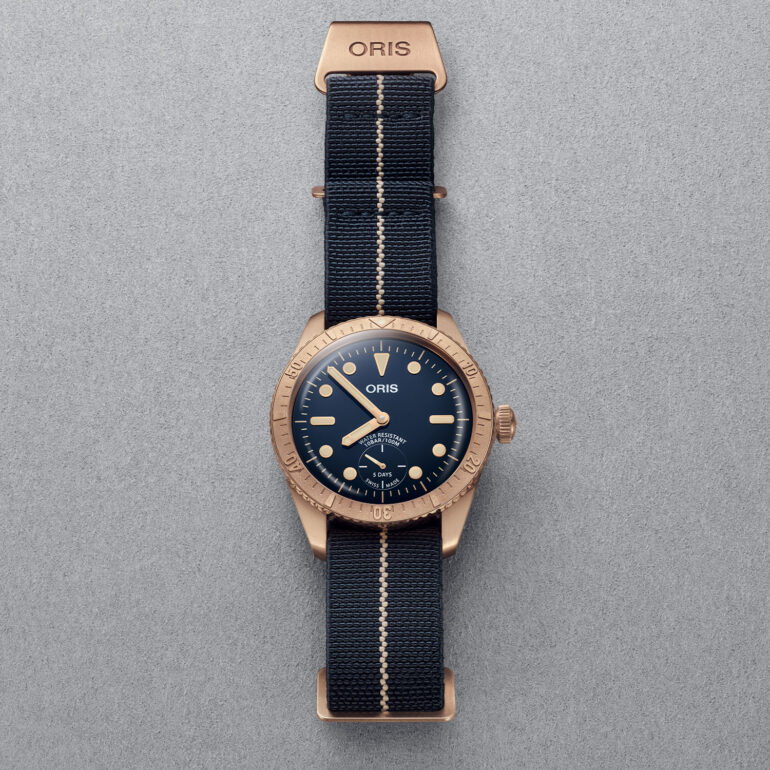 This is Oris' latest tribute to Carl Brashear.

The last time we saw an Oris with the Carl Brashear name on it, it was in Baselworld 2018, back when travelling was a thing and Baselworld was still going under the name of Baselworld. For reference, Carl Brashear was the US Navy’s first African American master diver. He was also the first master diver to be an amputee too. His life was immortalised in the film Men of Honour featuring Cuba Gooding Jr and Robert De Niro.

This new limited edition version features a resemblance to 2018’s chronograph model. This time, however, it loses out on the chronograph thanks to the new movement inside it. The case is a 40mm diameter affair made from bronze with a bronze bezel, crown and buckle. That means this watch will patinate over time and change hue slightly when the temperatures around get low. The case is water-resistant to 100m, that means this watch can conform to ISO 6425 regulations and can be considered a diving watch, although it’s unlikely to be used for that purpose. 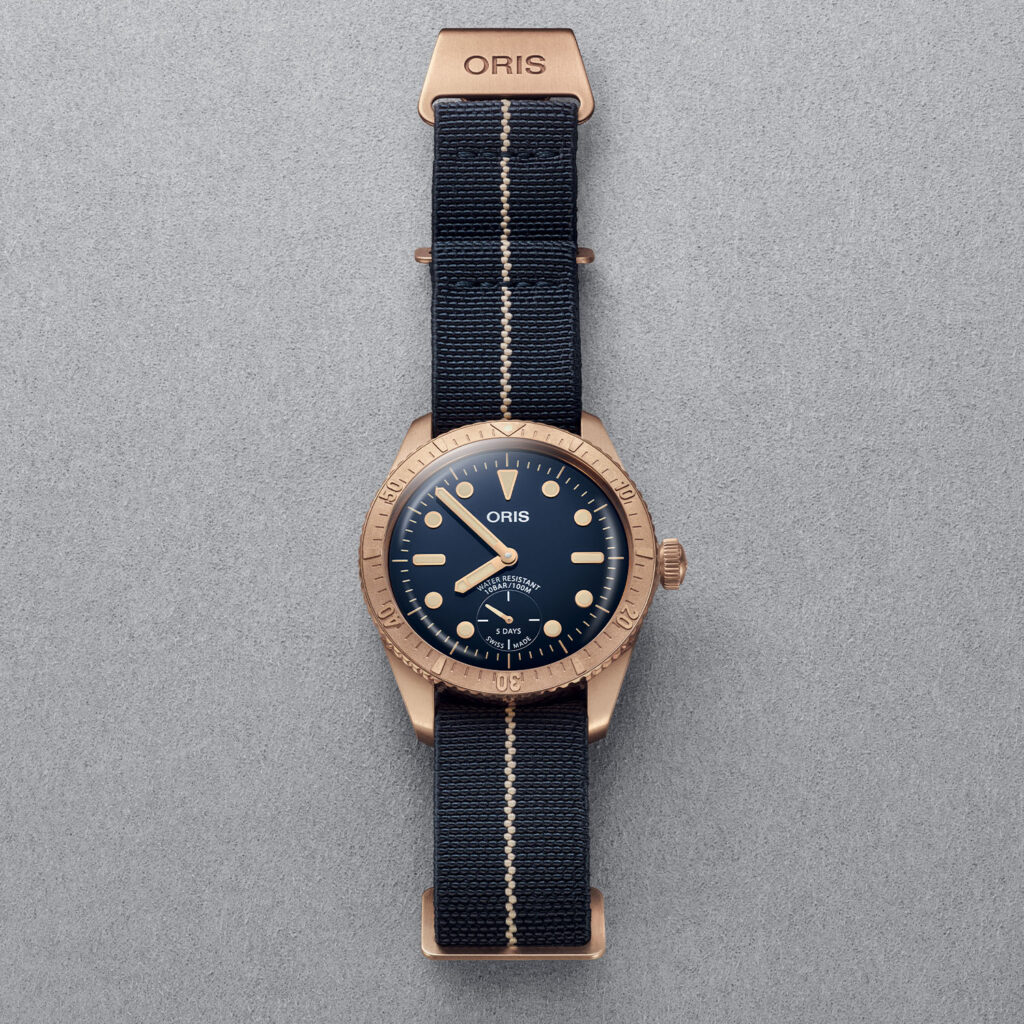 The dial is attractive on this one with a deep navy blue colour and bronze hands/markers with applied lume. Happily, Oris has avoided putting a date on this one, meaning that the watch remains mainly symmetrical, although the small seconds does upset the symmetry, but that’s not a big deal.

The lack of a date window and the appearance of a small seconds indicator are both caused by the same thing. The watch now has a proprietary movement in, one of Oris’ first (but not the first; they’ve made them in small batches in the past). Inside the watch is the calibre 401, unlike Oris’ other models, this movement is not a re-named Sellita. It features their own design and architecture, which has been designed to resemble a bear on the caseback (the bear is one of Oris’ symbols). The movement has twin barrels making for a long power reserve of 120 hours with an accuracy rating that Oris says is between -3 seconds and +5 seconds per day. It’s also automatically-wound and has a small-seconds function (which is why this is the calibre 401, not the calibre 400 which is otherwise identical) Of course, you can’t see all that happening, Oris has fitted a closed caseback with an old-school diving helmet, and a quote from Brashear embossed onto it. 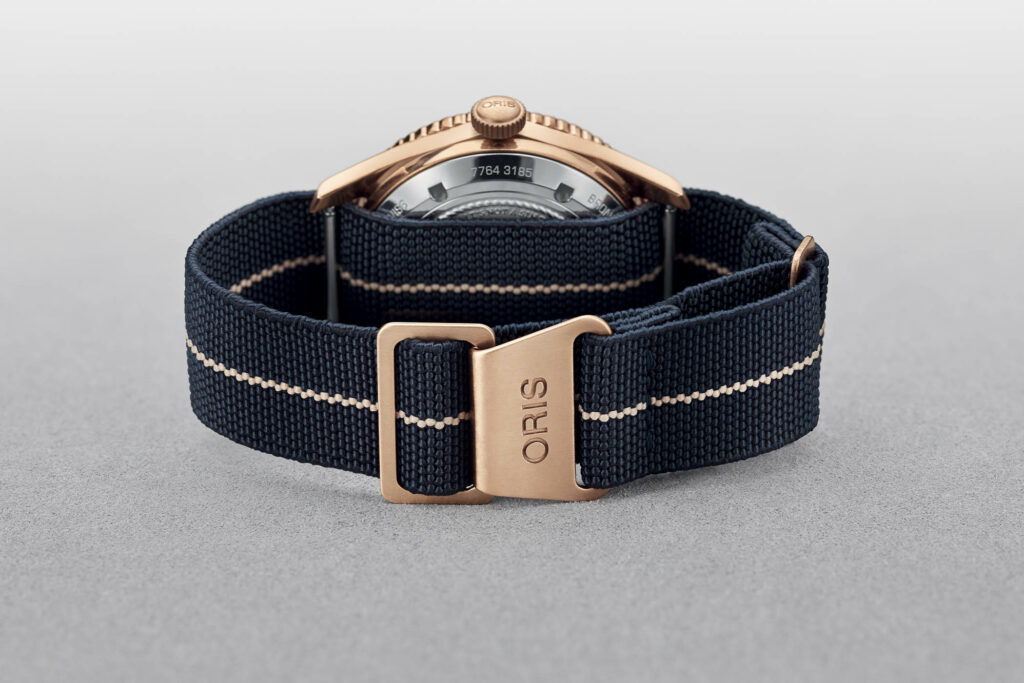 The navy blue strap with a gold line down the centre is handmade by a company called Erika’s Originals and is bespoke for this model. Oris will only be making 2000 of these, all of which come in a special presentation box. The price is set at USD4,200.