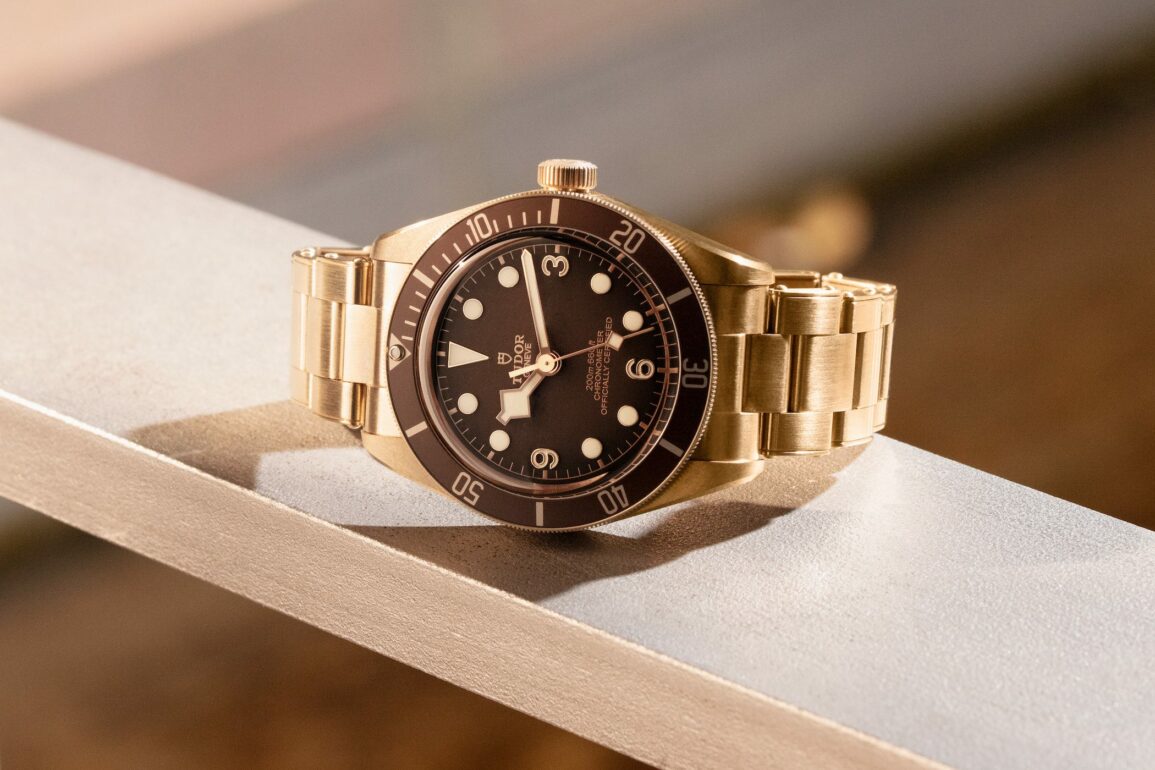 Tudor introduces a Black Bay with a solid bronze bezel.

Does anyone actually know what Tudor is doing these days? Recently we saw a watch from them made out of silver, a metal not particularly known for its robustness, but they’ve now gone a step further and offered a ‘boutique exclusive’ Black Bay with a bronze case and a bronze bracelet. I think someone should probably tell the folks at Tudor that the bronze craze isn’t what it used to be, but I don’t think that would stop them anyway. 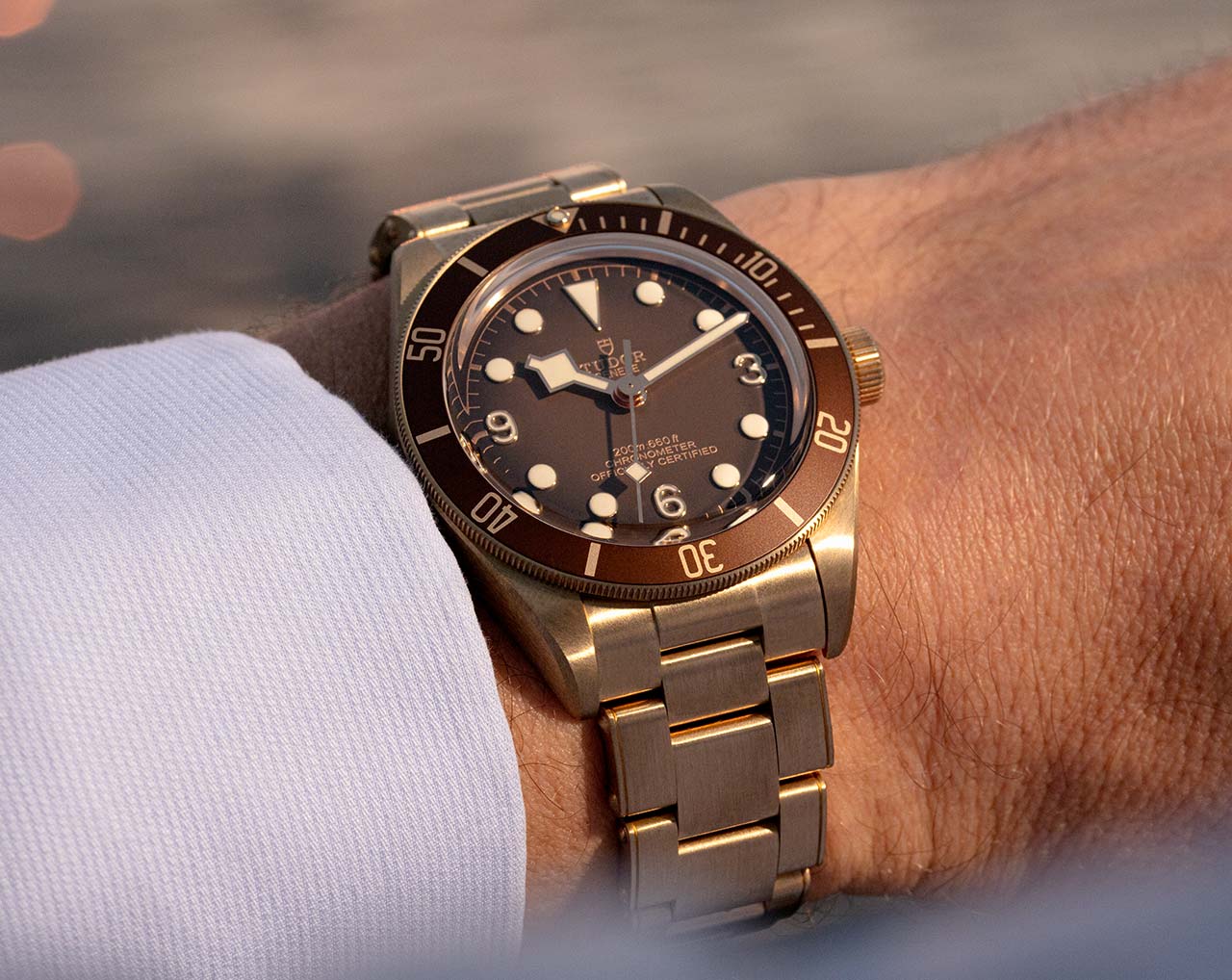 So, besides the case metal, what’s the difference between this new Black Bay and the slew of Black Bays that Tudor already makes? Well, nothing really. The watch is based on Tudor’s 39mm diameter case, a step down from the 40mm+ sizes we usually see from them where bronze is used. There’s the same smooth sweep of the case as it flows from lug to lug, and the oversized crown on the side makes a welcome return.

Things haven’t changed on the dial side either, a matte brown/bronze gradient dial makes legibility easy. Tudor hasn’t even bothered with the date, thankfully. 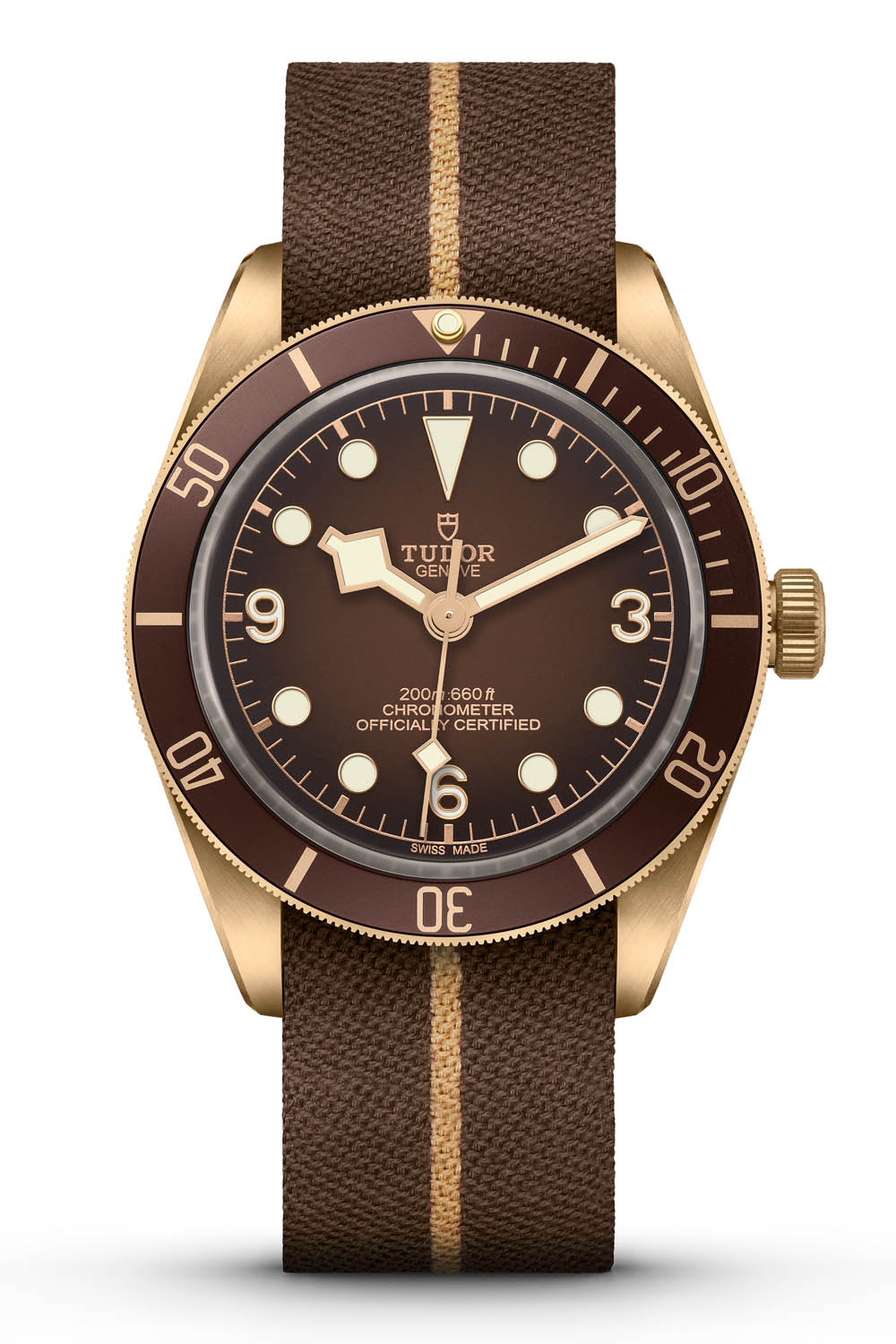 Inside the piece is the same movement too, the calibre MT5400. This is a COSC certified chronometer movement with automatic bi-directional winding, a 4Hz beat rate and a 70-hour power reserve. It’s also not based on an ebauche either but has instead been made entirely by Tudor. 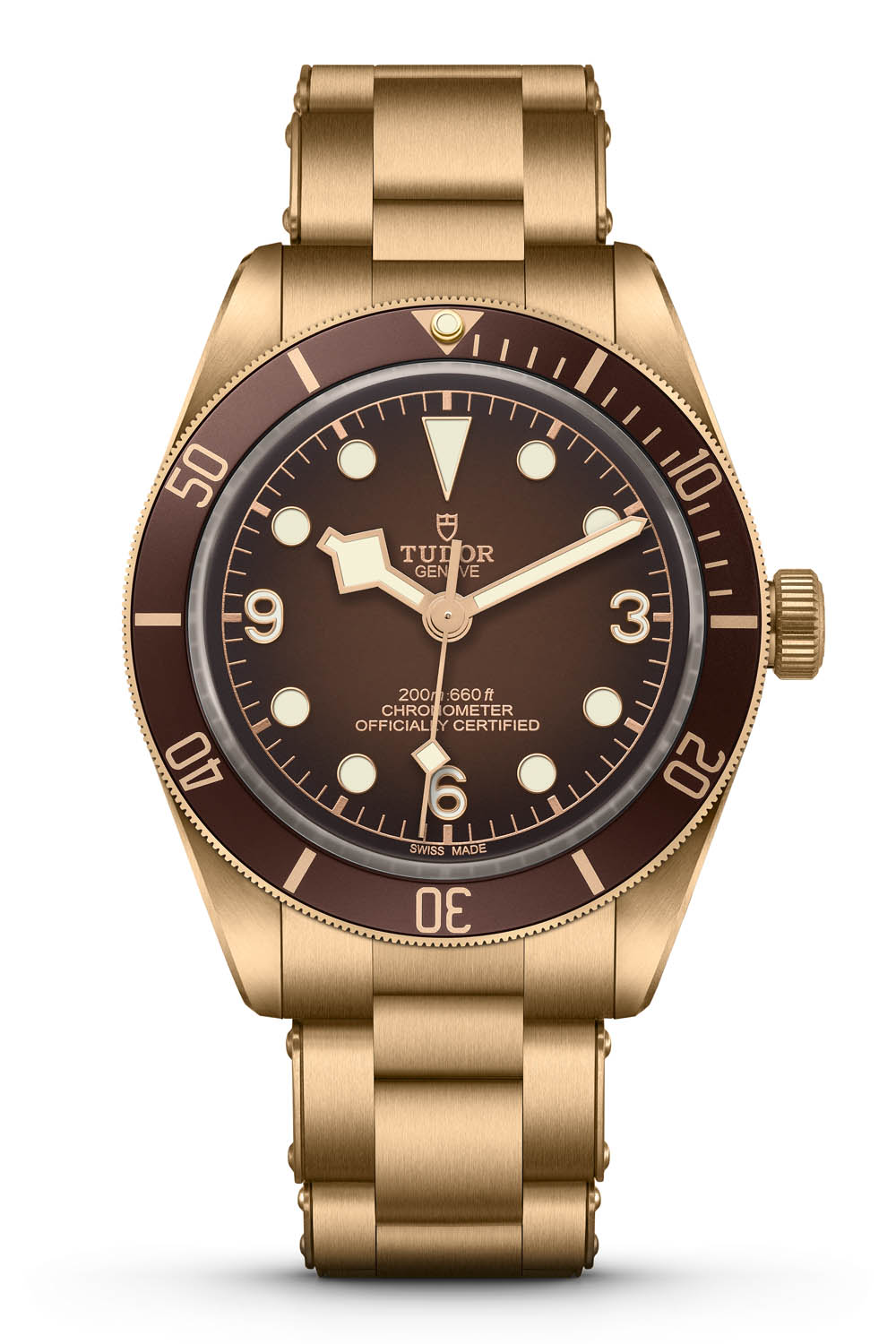 That brings us back to the aesthetics. The case and bracelet are made of bronze which has been combined with aluminium to make an alloy that doesn’t patinate as quickly as raw bronze might. This means you’ll get a clean-looking watch for longer, a plus for some but a negative for others. Some bronze watch fans love it when their pieces look like they’ve been at the bottom of a lake for two decades, so I can see those guys missing out a little. Don’t worry, it’s still bronze, and it will develop its own look over time. If you didn’t want the full bronze experience, they’re also supplying a fabric strap. 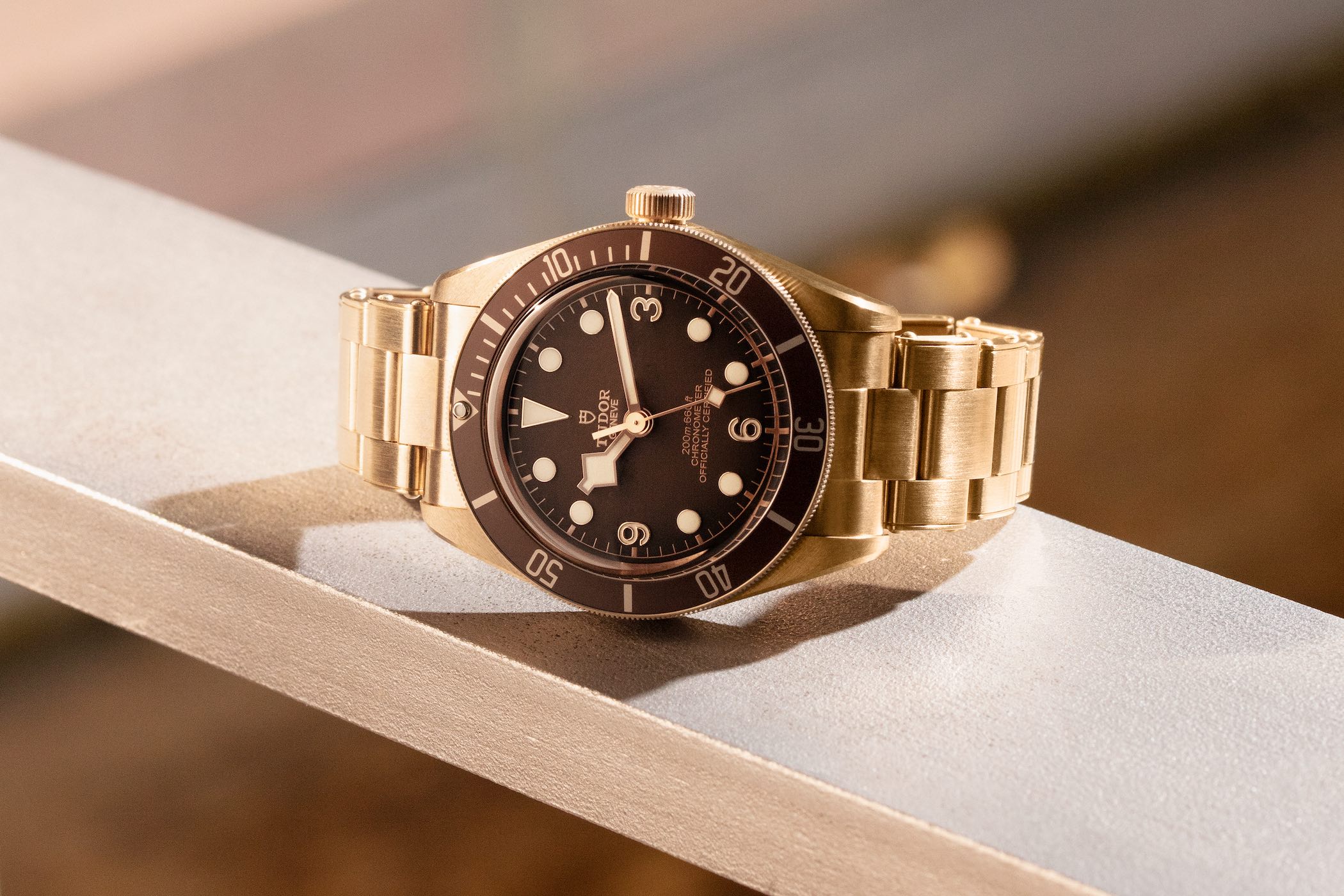 That just leaves us with availability. Tudor isn’t limiting the number of these it makes, but it’s limiting where you can get them. As the name suggests, the watch is only available through Tudor boutiques at a price of €4250. Maybe they can do a whole series of weird metal watches, I’d like to see them try fool’s gold, for example.