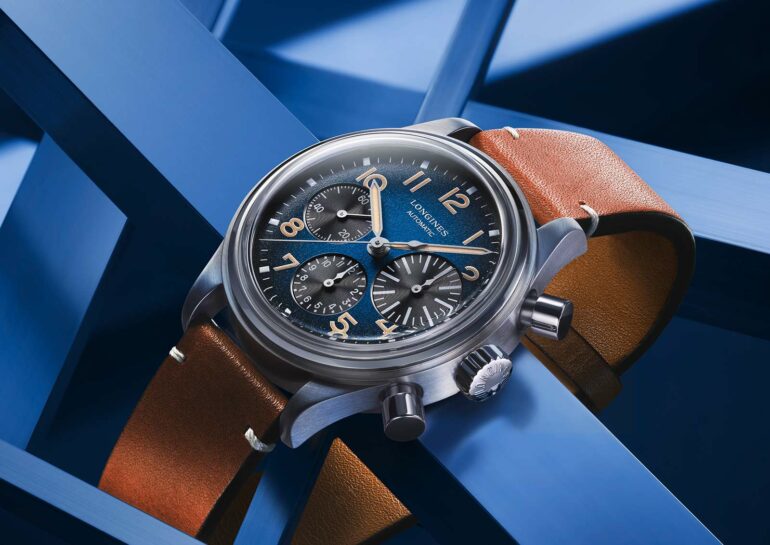 The Avigation Big Eye gets a lightweight and colorful treatment.

Longines released the Avigation Big Eye during Baselworld 2017. Like many other watches in the Heritage collection, the Big Eye became an instant hit bearing a close resemblance to its vintage inspiration in terms of design and at the same time packing trustworthy modern internals. Now Longines is back with a new variation of the Avigation Big eye that features a Titanium construction and a striking Petrol blue dial and beige accents. 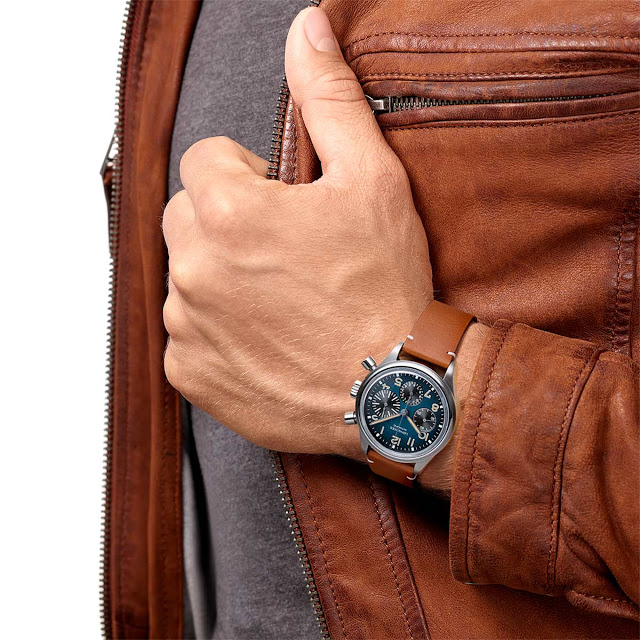 While the 2017 Avigation big eye stuck to its vintage roots, this new variant spices up the recipe a little. The first thing that grabs attention on this new watch is its stunning smoked petrol blue dial. Starting with a bright blue hue at the center and culminating into a deep shade of black towards the outer periphery, this dial is quite dynamic. The other noticeable difference on the dial compared to its elder sibling is the use of custard colored lume on the Arabic numerals. Now, I would have preferred the numerals to be painted white, however, the beige color does seem to add slightly more warmth to the dial. The rest of the layout is quite familiar. There are 3 sub-registers at 3, 6 and 9, that can be used to track the chronograph minutes, hours, and running seconds. And just like the previous version, this one also gets an oversized chronograph minute counter that gives the watch its Big Eye name. The hands are still baton-style and the dial remains highly legible and devoid of any clutter. 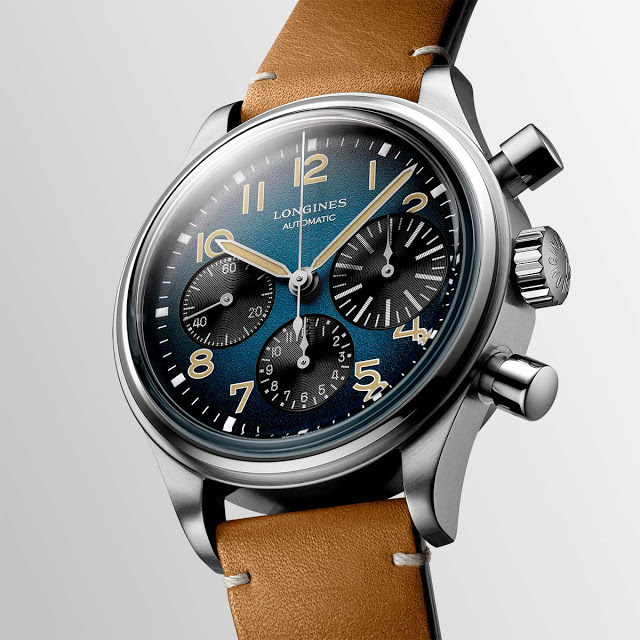 Like the dial, the case does not see any changes in terms of its overall design. It still measures 41mm in diameter, has a thickness of around 15mm, and a lug to lug distance of 50mm. However, the one big change here is the use of titanium instead of steel for the construction of the case. What this means is that watch would become more comfortable to wear thanks to the lightweight nature of titanium. The case is water-resistant to a paltry 30 meters. 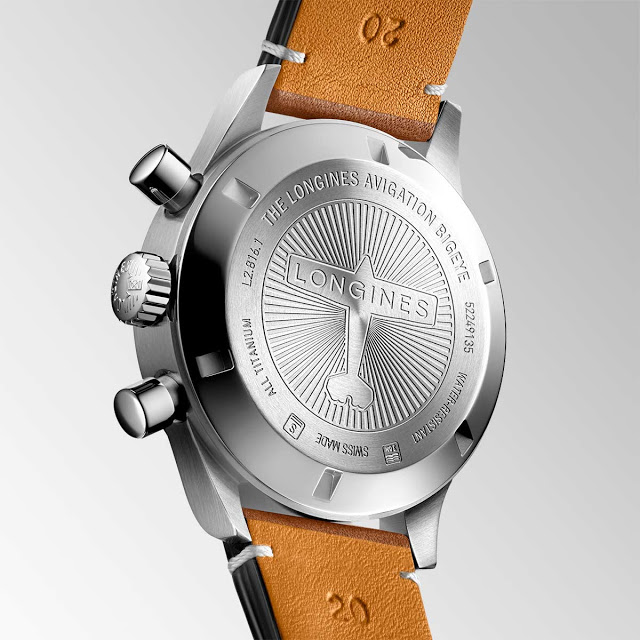 Hidden underneath the nicely decorated closed case back of the Avigation BigEye is the calibre L688.2. A column wheel-based chronograph movement the L688.2 operates at 4 Hz and offers a power reserve of around 54 hours. The movement also comes equipped with a silicon balance spring for better magnetic protection.