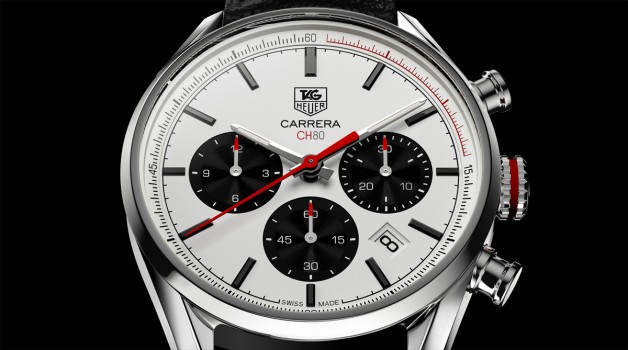 Inspired by the first generation of Carrera watches, the Carrera Calibre CH 80 Chronograph reinterprets the aesthetic established by its predecessor, giving them a modern and sporty look. 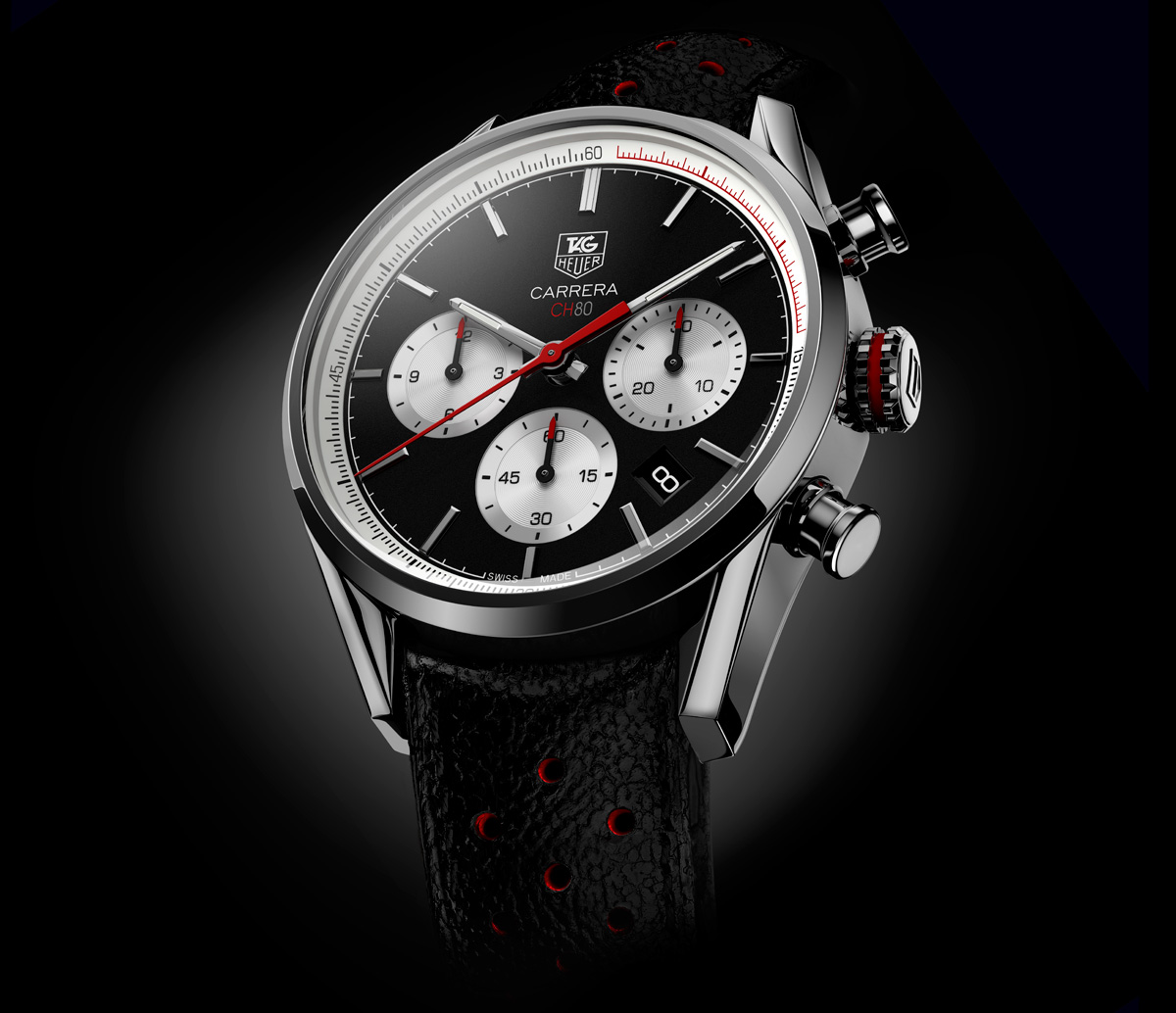 The watch is inspired by the original “panda” dial Carrera watches created in 1963 by Jack Heuer. The displays feature a tri-compax layout, with the chronograph minutes counter at 3 o’clock, the chronograph hours counter at 9 o’clock and small seconds at 6 o’clock. The overall look is based on black and white contrasts.

The sleek design gives it a vintage touch that has been improved by a few sporty references, including red accents on the central seconds hands and the tips of the small hands, as well as on the inner bezel ring, the crown and the first quarter of the minute track. This shows the sporting heritage the brand has throughout its history with the world of motor racing.

It is available either on steel bracelet or with a perforated “rally” leather strap with red-lining.
The 41 mm polished steel case is fitted with a sapphire crystal case-back, which reveals all the features in the new TAG Heuer movement, Calibre CH 80, which is the column wheel and vertical clutch. 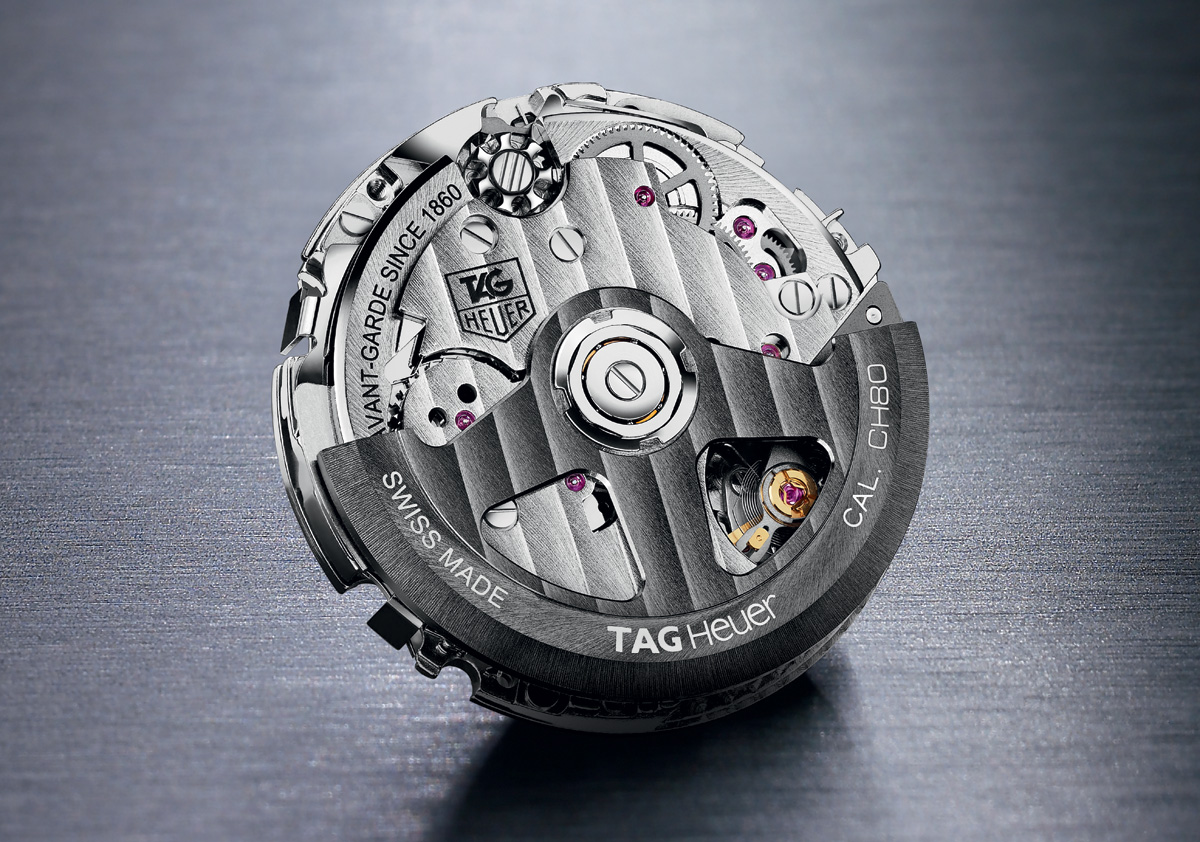 Launched in November 2013 under the code name 1969, the new TAG Heuer chronograph was named CH 80 in reference to Chevenez in the Jura where it is made and its 80-hour power reserve.

Extremely slim at just 6.5 mm compared to the well-known Valjoux 7750 which is just under 8 mm, this 233-part new movement is equipped with a vertical clutch system that gives it exceptional precision. Its frequency is 28,800 vibrations (4Hz) per hour, with a daily variation in rate between -4/+6 seconds. 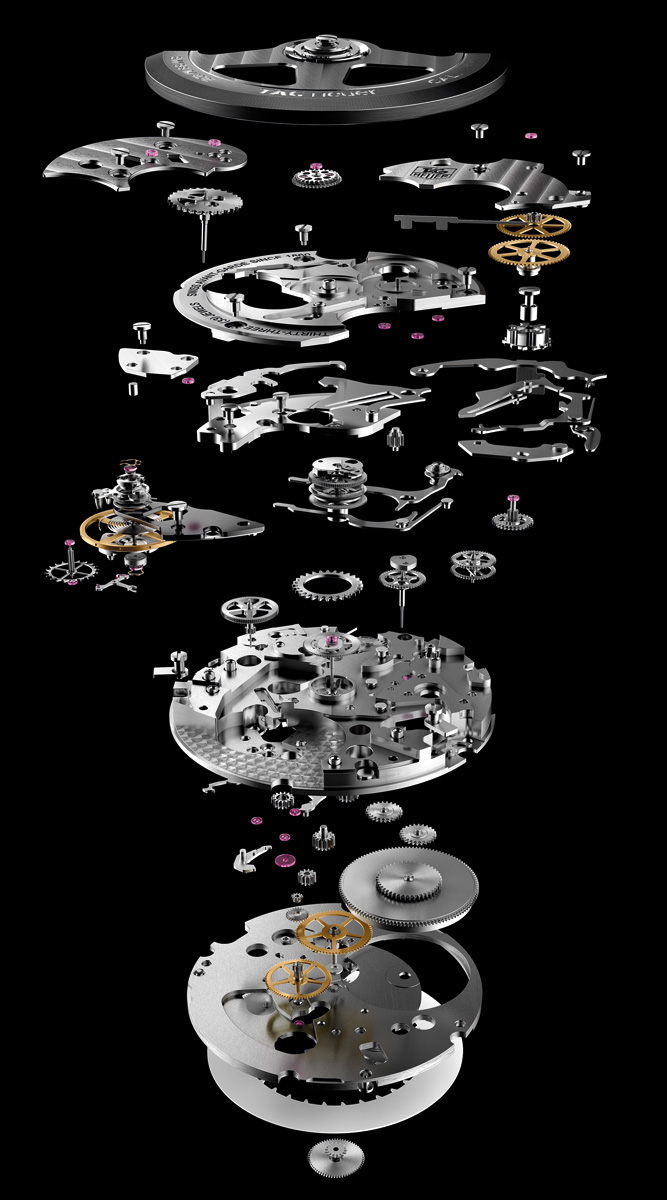 Manufactured in TAG Heuer production sites at La Chaux-de-Fonds and Chevenez, the Calibre CH 80 movement powers counters at 3, 6 and 9 o’clock, plus the date window. It has a “Côtes de Genève” finishing and snailing on the blackened tungsten oscillating weight and nickel-plated minutes and gear-train bridges with beveled and polished angles. Most of the movement is made in-house, with the escapement parts supplied by the Swiss company Atokalpa. The Carrera Calibre CH 80 Chronograph will retail for 5,200 CHF. For more info, please visit tagheuer.com