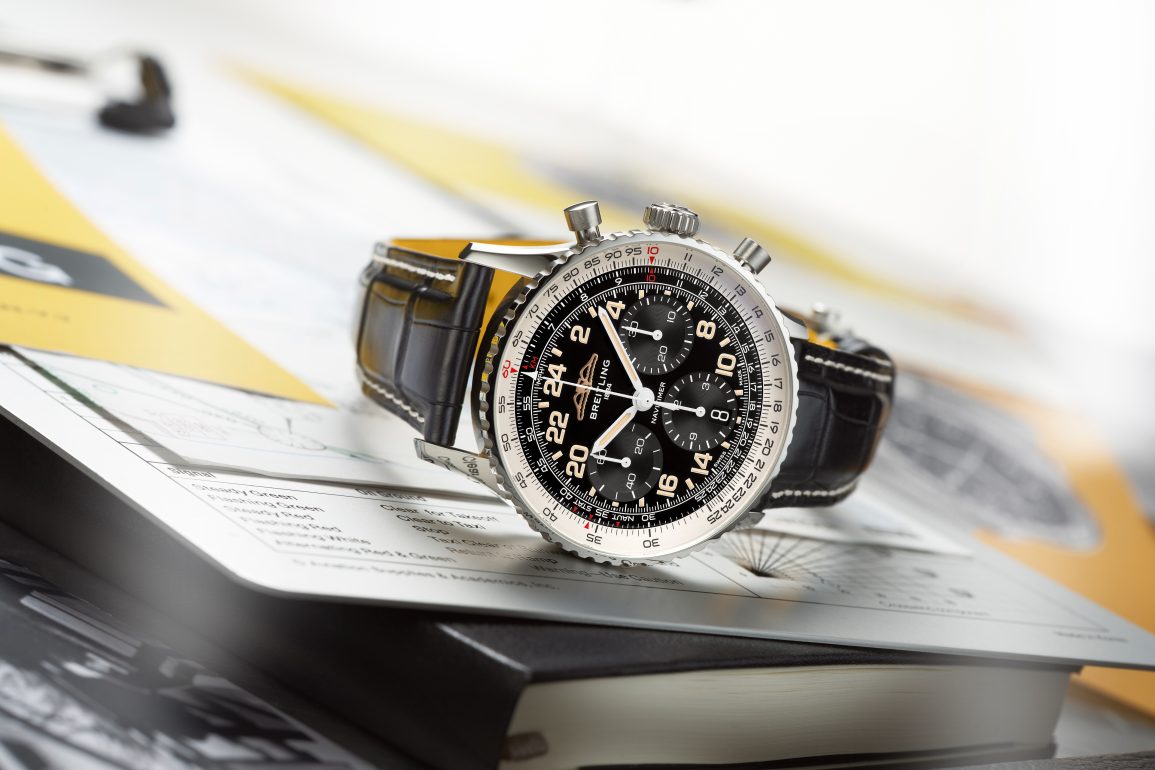 The Breitling Cosmonaute returns to commemorate Scott Carpenters' circumnavigation of the Earth.

Breitling’s status as a cornerstone of the watch industry, and in particular chronographs, does not need embellishing. Whilst the likes of the Rolex Daytona and the Omega Speedmaster dominate the conversation about modern and vintage chronographs alike, there is no doubt that Breitling should certainly carry equal weight. Prior to the brand being under the very successful guidance of Georges Kern, Breitling was suffering a serious identity crisis. 46mm+ chronographs, big, shiny and frankly, gaudy watches, which sent them into the same category as some other ‘unsavoury to some’ brands. 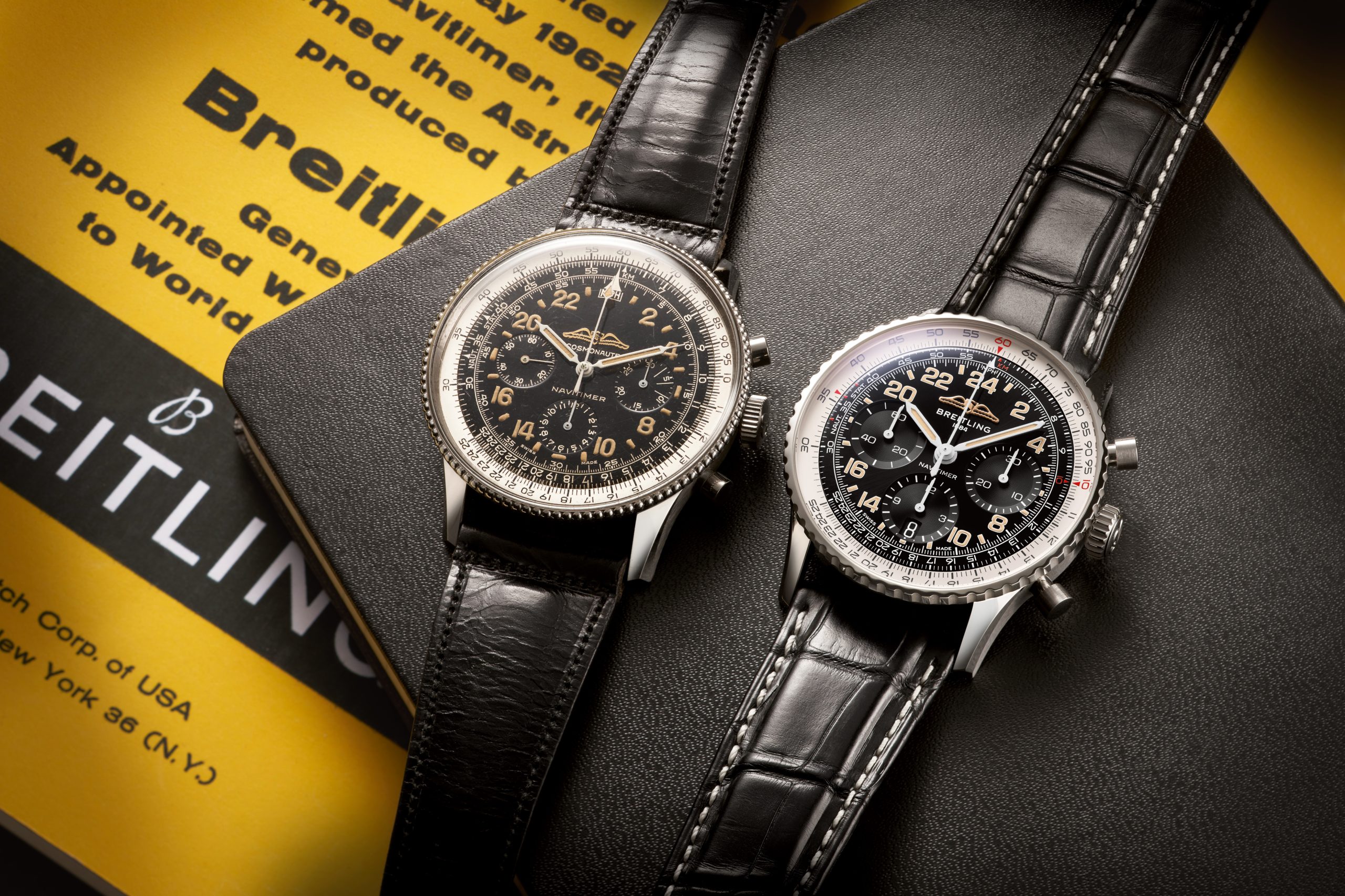 Given the incredibly rich and varied history of Breitling it has always baffled me that, whilst they have commemorated historic models in the past, none of them have really been done with a delicate touch. This latest release, a tribute to the famous Cosmonaute, is one of those such watches. In recent years, Georges Kern’s leadership has seen the likes of the AVI Ref. 765 1953 Re-edition, the Duograph and the Superocean Heritage ’57 all getting modernised whilst still being sensitive to the original. The Cosmonaute is yet another example of this brilliant design ethos from the brand. 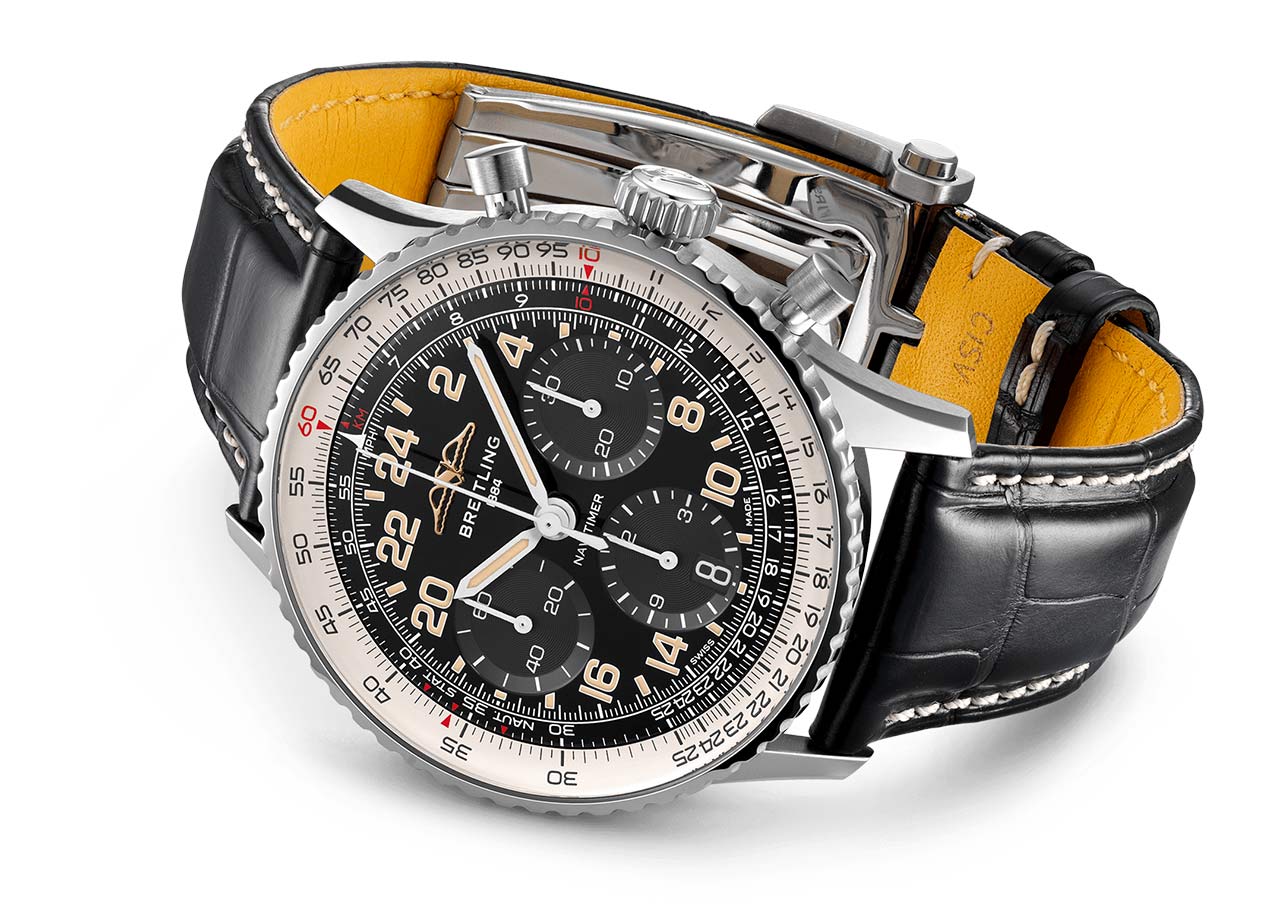 This year marks the 60th anniversary of the Cosmonaute’s journey into space on the wrist of Scott Carpenter, accompanying him on the 24th of May 1962 as he orbited the earth a total of three times, during the Mercury-Atlas 7 mission. Breitling during the 60’s were the definitive pilot’s watch brand, so as the world started to look beyond just the sky, Breitling’s expertise in pilot’s watches made for a logical pairing.

The Breitling Navitimer, as I mentioned at the beginning of this article, is one of the most famous chronographs of all time. Launched in 1953 as the successor to the Chronomat, the Navitimer was launched bearing the winged logo of the Aircraft Owners and Pilots Association (AOPA). Not only are these original Navitimer’s incredibly popular with collectors, it also shows that the heart of the watch was aviation from the very start. As a result of the birth of the Navitimer, the essence of the watch is functionality, first and foremost. A slide rule internal bezel for calculating speed, distance and time. A legible dial with three large chronograph registers further adds to the functionality, allowing for the wearer to be able to read the time at a glance, something I think might be quite useful when orbiting the earth. In the instance of the Cosmonaute, there is one quite distinct feature that sets its apart from a ‘standard’ Navitimer, and that’s the 24-hour markers on the dial, as opposed to the traditional 12-hour. This is an incredibly specific nuance of the watch, which has a very cool and nerdy application. When in space, discerning between night and day is rather difficult. This means that looking down at your Navitimer and reading the time as ten past one for example is all well and good, but there is very little to go on as to whether that’s the early hours of the morning, or the afternoon. Hence why the Cosmonaute features a 24-hour scale.

The re-issue of the Cosmonaute, following in a similar vein of a number of recent Breitling releases, is a very faithful celebration of the 60’s icon. However, on closer inspection, there are subtle differences which not only set it apart, but also elevate it to match the limited edition run in which the watch is presented. For example, a platinum bezel is now featured on the watch, to give it a certain elegance. The 41mm case is a classic Navitimer size, which can be had with either an accompanying black alligator strap or the iconic seven row stainless steel bracelet. 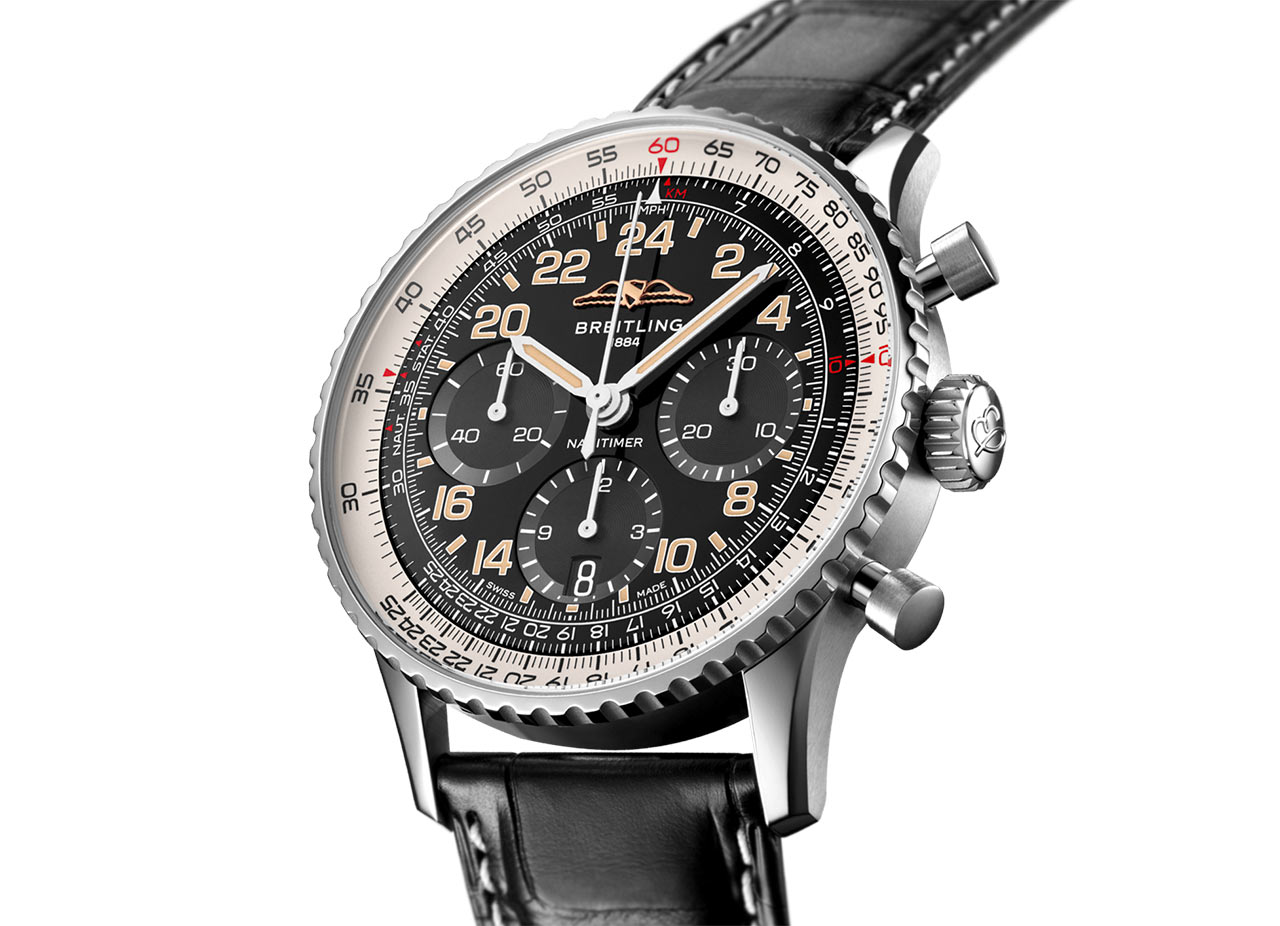 Another differentiating feature is the display case back, something that I appreciate immeasurably on a chronograph in particular. The B02 movement housed within the watch was designed specifically for the purpose of being taken into orbit and being able to see it ticking away I always find mesmerising. It also allows Breitling to inject yet more tributes into this piece, with a special bridge adorned with commemorative engravings sitting front and centre. ‘Carpenter’, ‘Aurora 7’ and ‘3 orbits around the world’ have all been added, to further emphasise the fitting tribute to the original.

Alongside presenting the time in 24-hour format, the movement of the Cosmonaute is also geared specifically for use at 37,000 feet, or when circumnavigating the earth. The movement offers a flyback chronograph mechanism, allowing for multiple events to be timed without needing to stop and reset the chronograph. It also comes equipped with 70 hours of power reserve.

Whilst a lot of watches lay claim to being the first watch in space, the Breitling Cosmonaute takes the prize for being the first Swiss watch in space. Not an accolade that Breitling shouts about from the rooftops like a certain other Swiss chronograph manufacture, but one they have every right to be proud of. This watch is not only beautiful to look at, but a thoroughly fitting tribute to one of the most iconic feats in human history. 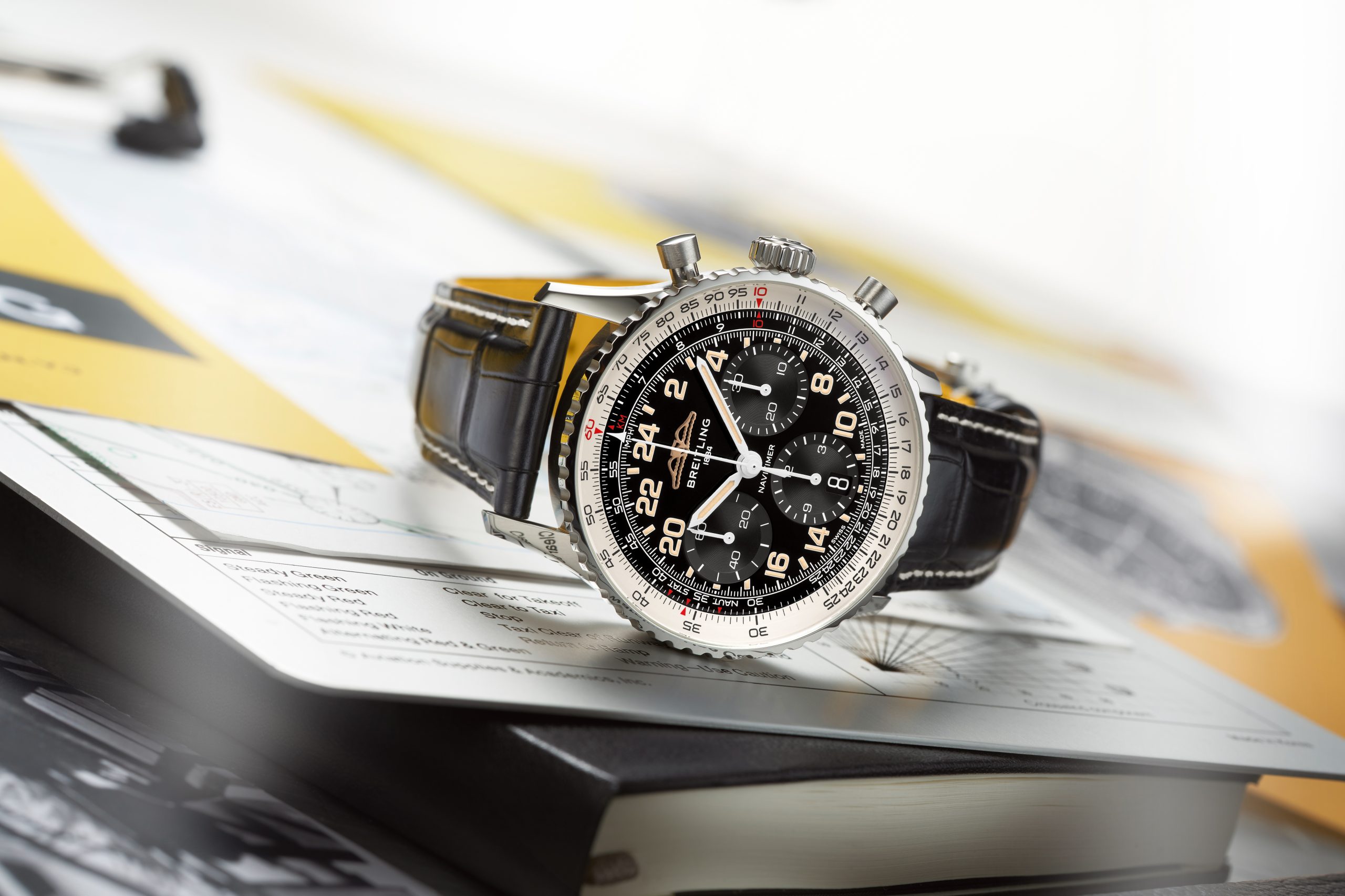 The watch is limited to 362 and whilst this may seem like a random number, it once again is paying homage to the original worn by Carpenter. The 3 signifies the number of orbits around the earth, whilst the 62 is to commemorate the year the watch accompanied him on his journey.