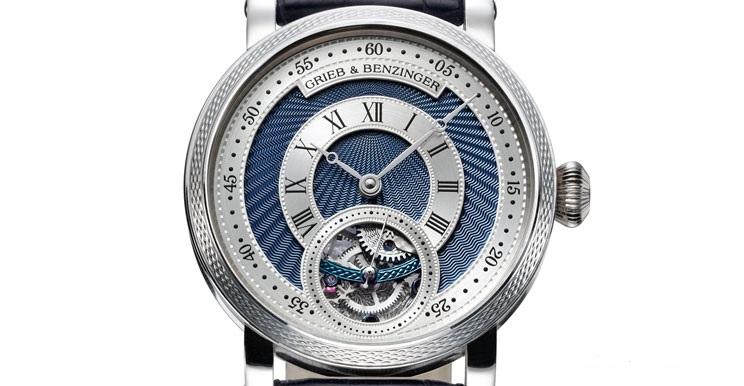 Russian watch enthusiasts have long been loyal clients of German luxury watch workshop GRIEB & BENZINGER. Thus, these masters of the skeletonized watch have created something special for them just in time for the Olympic winter games in Sochi 2014: a special “St. George” model.

Saint George, the patron saint of Russia, who can be seen in the center of the double-eagle breast plate of the national coat of arms, was skeletonized and engraved by hand right into the movement in typical GRIEB & BENZINGER fashion. Looking closely, the fine details of St. George riding high on his steed defeating the dragon with his lance, can be recognized even without a loupe, fascinating in its fine, handcrafted perfection. It is so unmistakable, in fact, that GRIEB & BENZINGER’s usual, meticulous two-tone, two-part, hand-guilloché, regulator-style dial is almost relegated to the background. A very special element of this watch is the dial cutaway positioned at 6 o’clock, which reveals a view of the blue platinum-coated base plate, a detail that was borrowed for this special edition from the brand’s exclusive PLATINUM line. 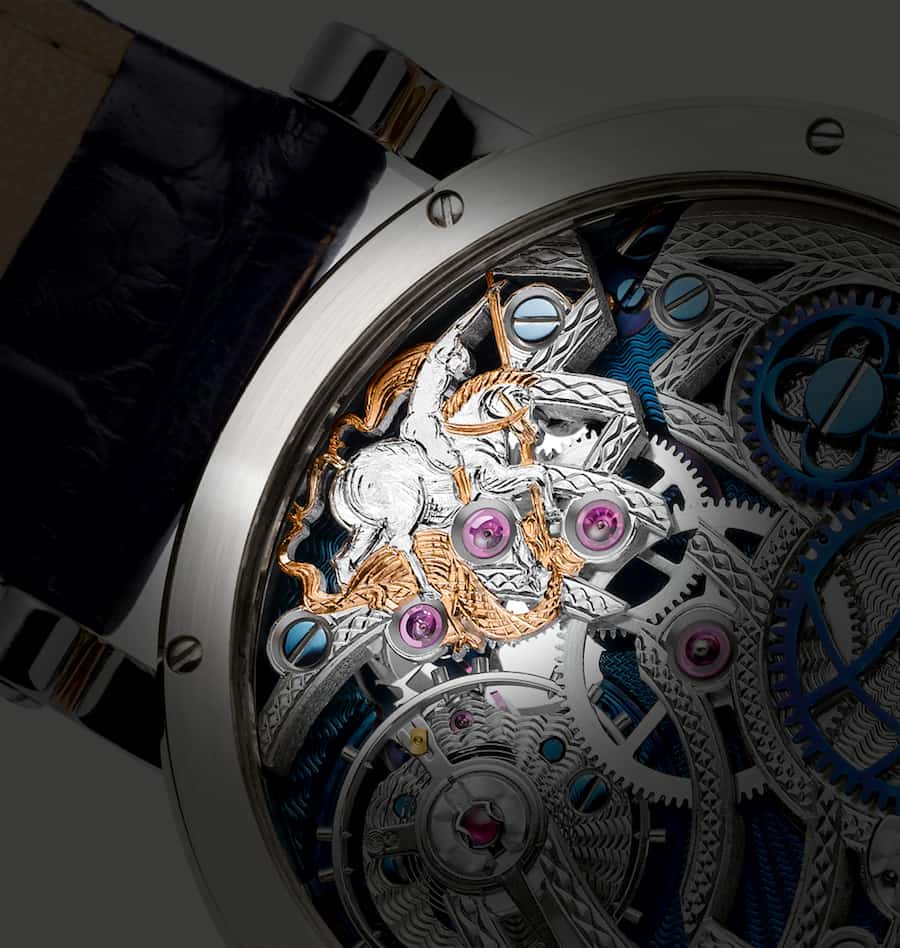 The “St. George” special edition model will be produced in a very limited edition of 7 pieces housed in 18-karat palladium white gold case with the characteristic hand-guilloché bezel on alligator strap. grieb-benzinger.com