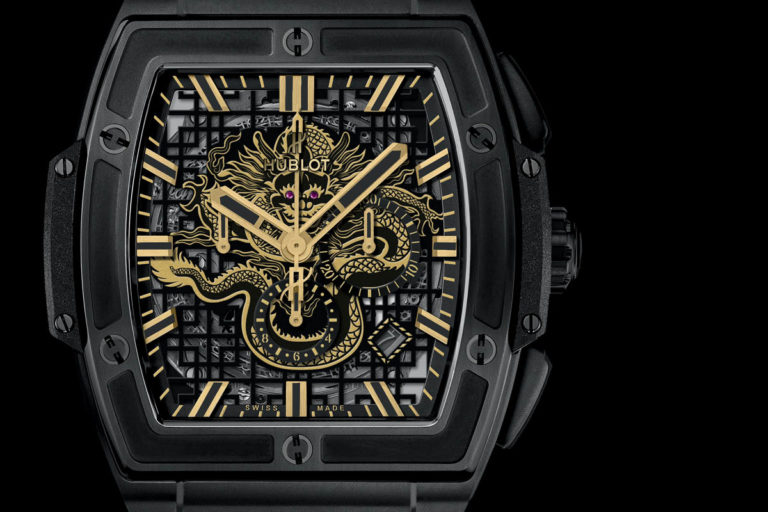 When two heavyweights come together to produce something, it’ll either go really very badly for one side (Hublot, in this case), or it’ll go magnificently. Here is an example of the latter as Hublot celebrate what would have been 75 years of Bruce Lee’s confident, fighting spirit. 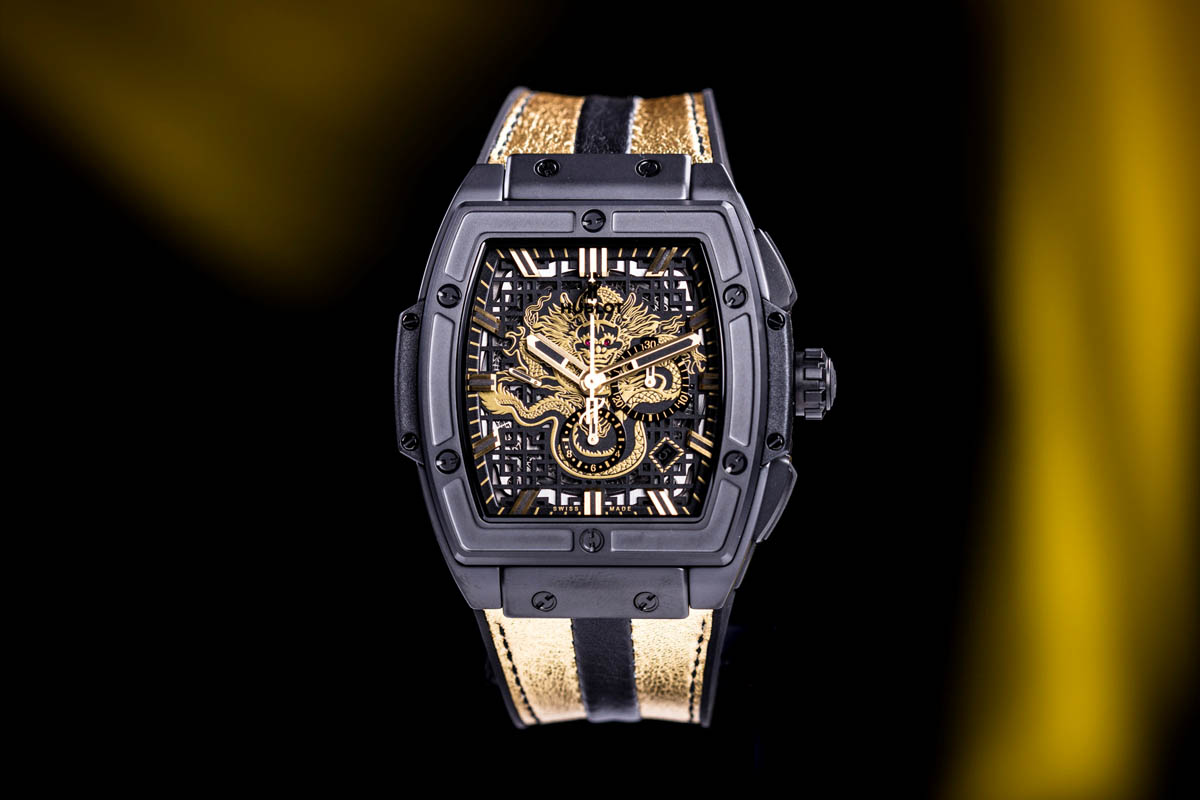 The new special edition of Hublot’s iconic Big Bang watch is devoted to the legend that is Bruce Lee, the man who formed his own martial art, Jeet Kune Do, and gave it to the world to enjoy. Hublot used the essence of Chinese philosophy and made themselves a Chinese themed watch.

If you’ve ever watched a film with a Chinese theme to it, been to a Chinese restaurant or even visited the Chinese temples themselves, you’ll be aware that ancient China, as well as being one of the cornerstones of society as we know it today, was also fanatical about the colours red and gold as well as ornate animals and mythical creatures such as dragons. 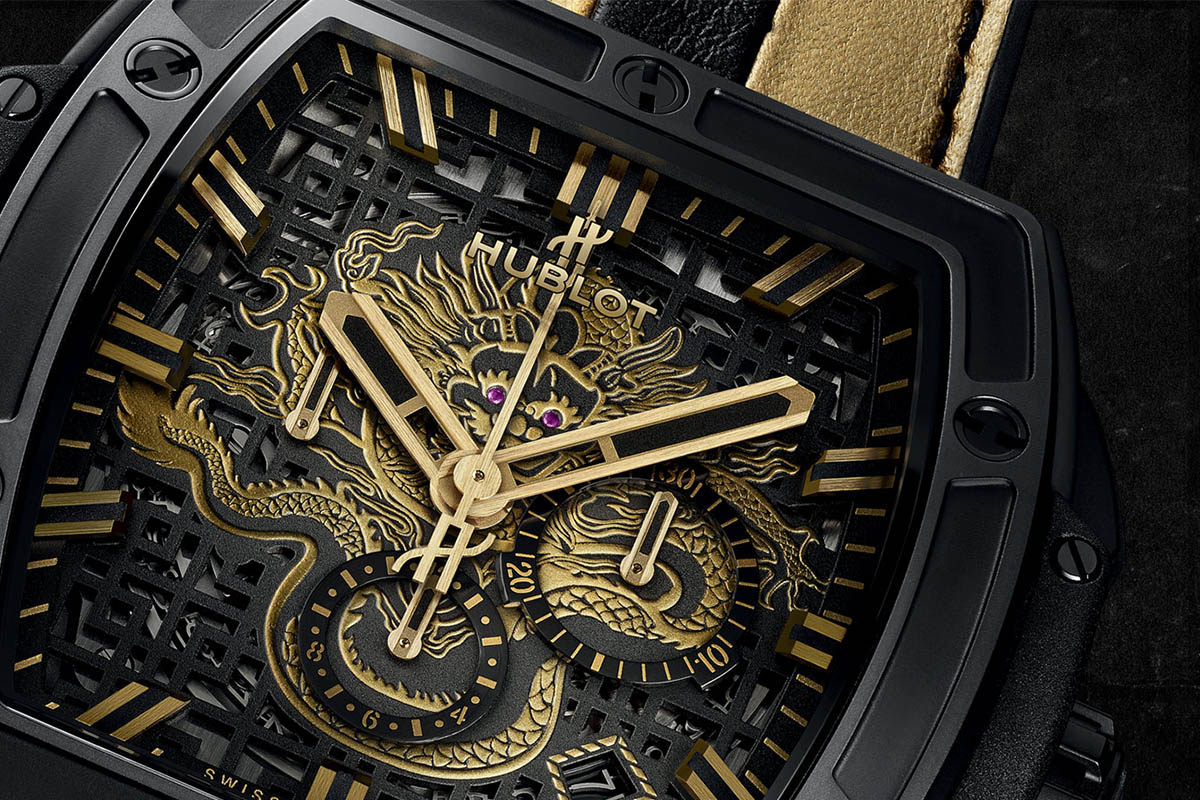 An ornate, golden dragon also happens to adorn the dial of this watch, too. The way it wraps itself around the chronograph subdials, as if it is showing off some beautiful jewellery, yet it’s still keeping a close guard, is very majestic indeed. Another small detail is the transition between the black of the dial, the white ring around it and the touches of red that come from the hour markers, it almost looks as if the dragon is trying to leap off the dial of the watch. 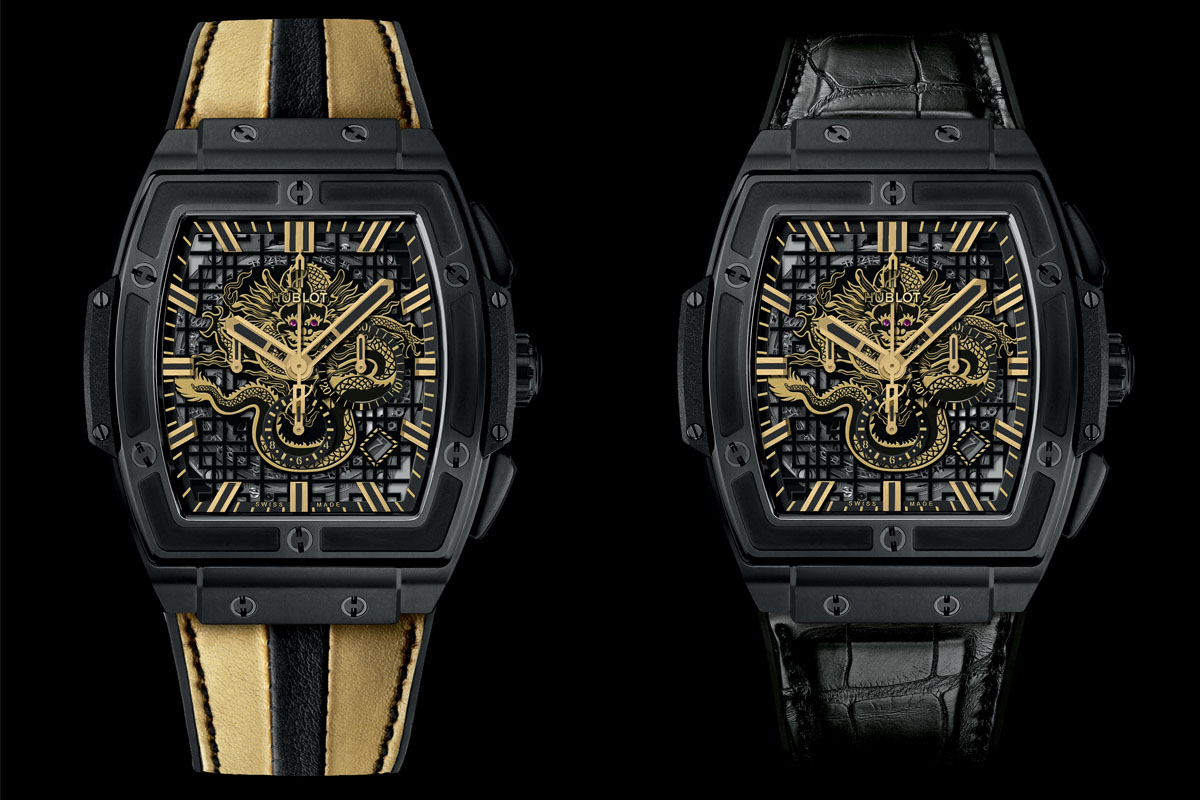 The case of the watch is a tonneau shape, a slight departure from most of Hublot’s lineup, at a distance one might actually mistake it to be a Richard Mille. The black microblasted ceramic case of the watch measures 47.7mm wide and 56.3mm tall. You can opt for this watch with either a traditional black alligator strap or a much more dashing option made of a black strip of alligator sandwiched between two wider strips of yellow rubber, these being the same colours as Bruce Lee wore in “Game of Death”

The movement inside the piece is an automatic winding chronograph movement with the reference of the caliber itself being HUB4700. It’s actually based on a Zenith El Primero movement, this is due to both companies being a part of the Louis Vuitton Moët Hennessey group. It has a 50-hour power reserve and is very long lasting in true Hublot fashion. 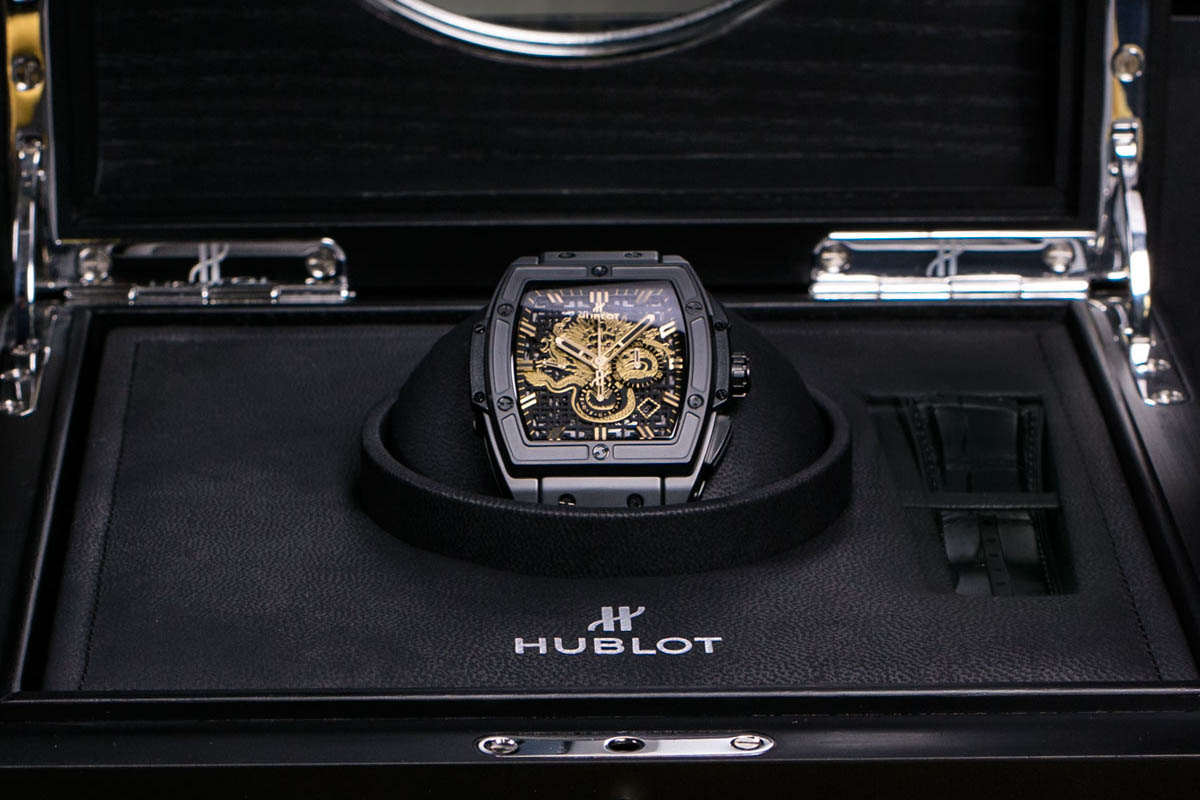 Hublot also partnered with the Bruce Lee Foundation, formed by his widow and his daughter, to help bring this new watch into the world with a really big bang (I’m so sorry for my puns).  Together with the help of Donnie Yen they revealed this watch to the world in the new Hublot boutique in the Harbour City Shopping Mall in Tsim Sha Tsui. For those who aren’t aware or maybe haven’t seen any of the Ip Man films or Shanghai Knights, Donnie Yen is a master martial artist and actor who specializes in Wing Chun. He was fascinated by Bruce Lee’s passion for martial arts and is himself the go-to actor at the moment for martial arts related movies.

I’m sure Bruce would be thrilled by this news on his 75th birthday though you might never get him to admit it.