Introducing A New Trio Of Radiomir Watches From Panerai

Panerai uses a P.5000 movement in the new collection. That’s right, it’s an 8 day power reserve movement built in-house in their Neuchâtel facility. Let’s take an in depth look at the new watches from this Italian legend.

The P.5000 movement was introduced back in 2013 in the Luminor range as a manually wound 8 day power reserve movement characterised by its lack of desperation. 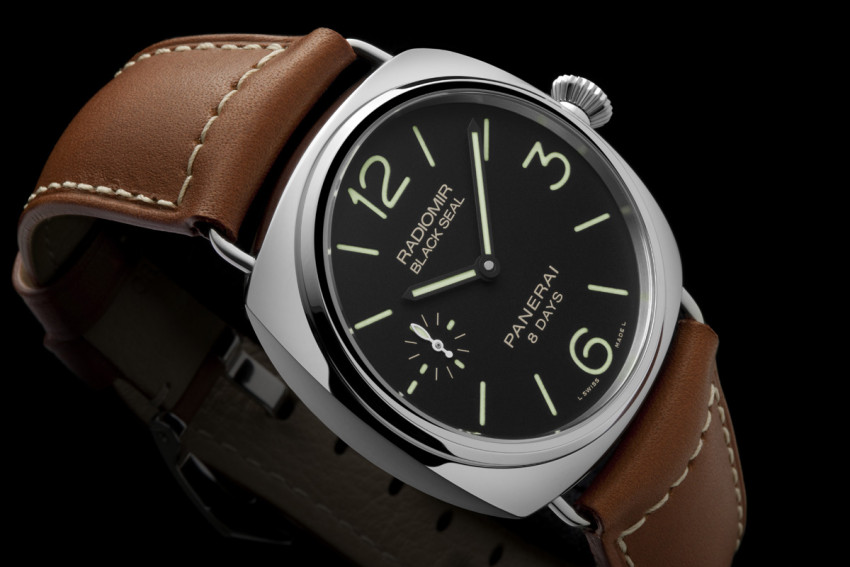 The Black Seal uses the P.5000 calibre which, as I explained above is manually wound. A little bit different from most of Panerai’s current lineup which is moving towards automatic movements. It’s housed within a 45mm case made of stainless steel and makes use of Panerai’s trademark sandwich dial technique which puts a metal dial with markings on over another dial that’s got a whole coating of lume over it. This adds a nice depth to the dial that’s also using arabic numerals, the dial itself also has both ‘8 Days’ and ‘Black Seal’, a nod back to the Italian Royal Navy’s Gamma Group which extensively used Panerai’s instruments back in the 1930s. 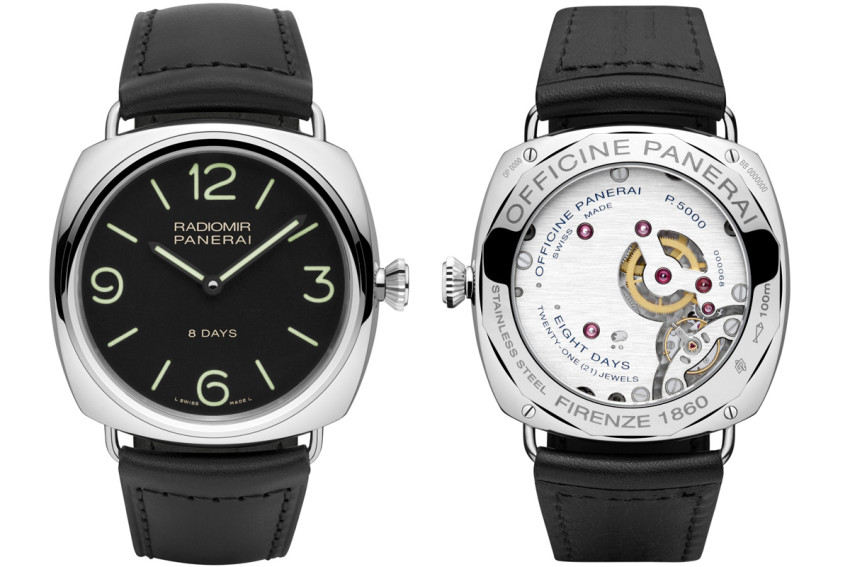 I should note that the 8 Days Acciaio uses the same calibre with a different dial design, however, rest assured that it’s still got the 8 days of power reserve. 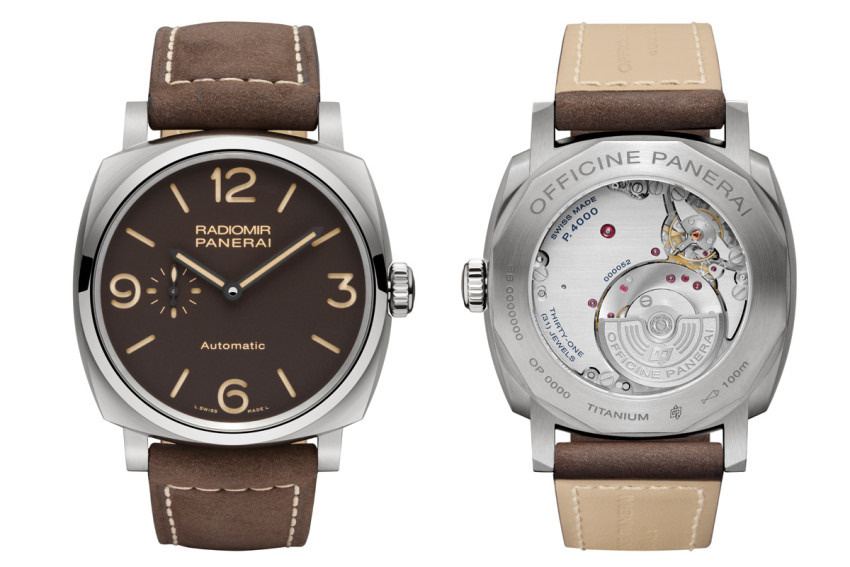 If you haven’t guessed already because of the name, this watch is made of titanium instead of Panerai’s trusted steel or super technical ceramic. However it does make use of grade 2 titanium for most of the case itself, while the bezel and crown are made of the improved grade 5 titanium, the grade 2 is brushed and the grade 5 isn’t so as to create a nice contrast. The case itself is 45mm in diameter and fits in nicely between the already existing steel case and the range topping rose gold edition.

Unlike the previous models I mentioned, the 1940 3 Days Automatic Titanio makes use of a P.4000 calibre, which only lasts for a trivial (compared to the P.5000 calibre at least) 3 days. The advantage of it though is that it’s an automatic winding movement and, even better than before, has a micro rotor. Or as Panerai puts it, a decentralised rotor. It’s main use is to restrict the height of the movement to be as sleek as possible.