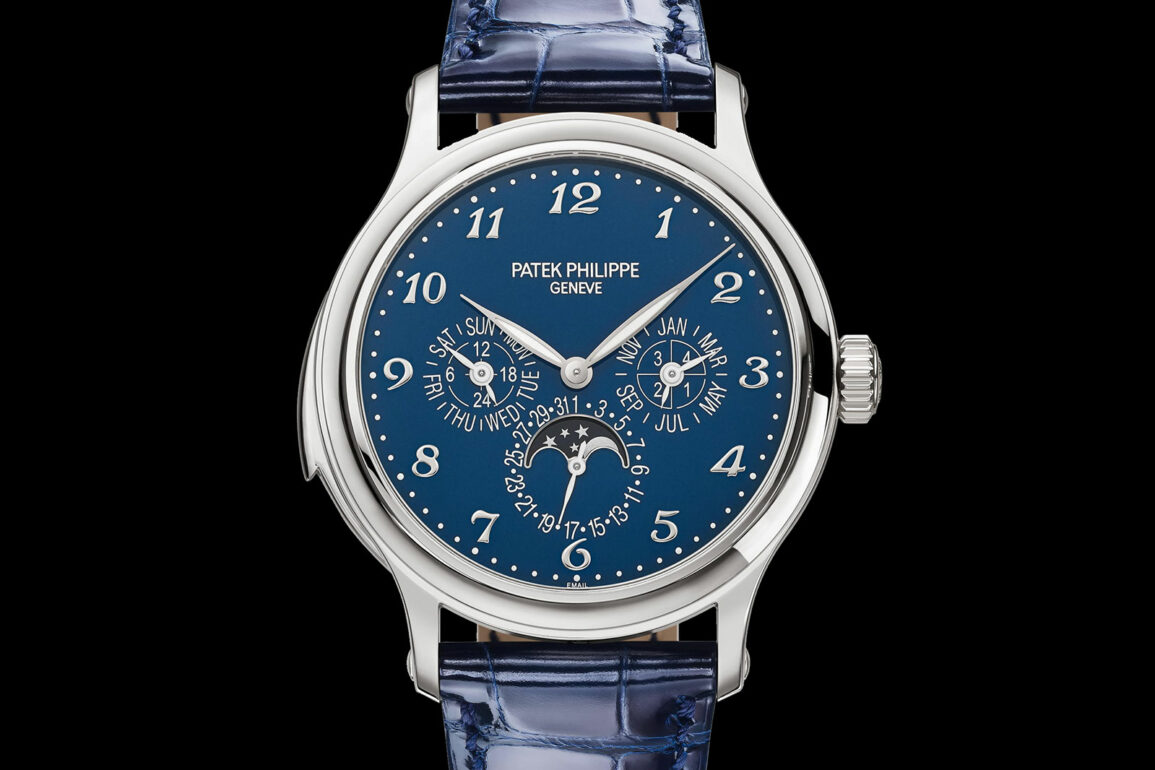 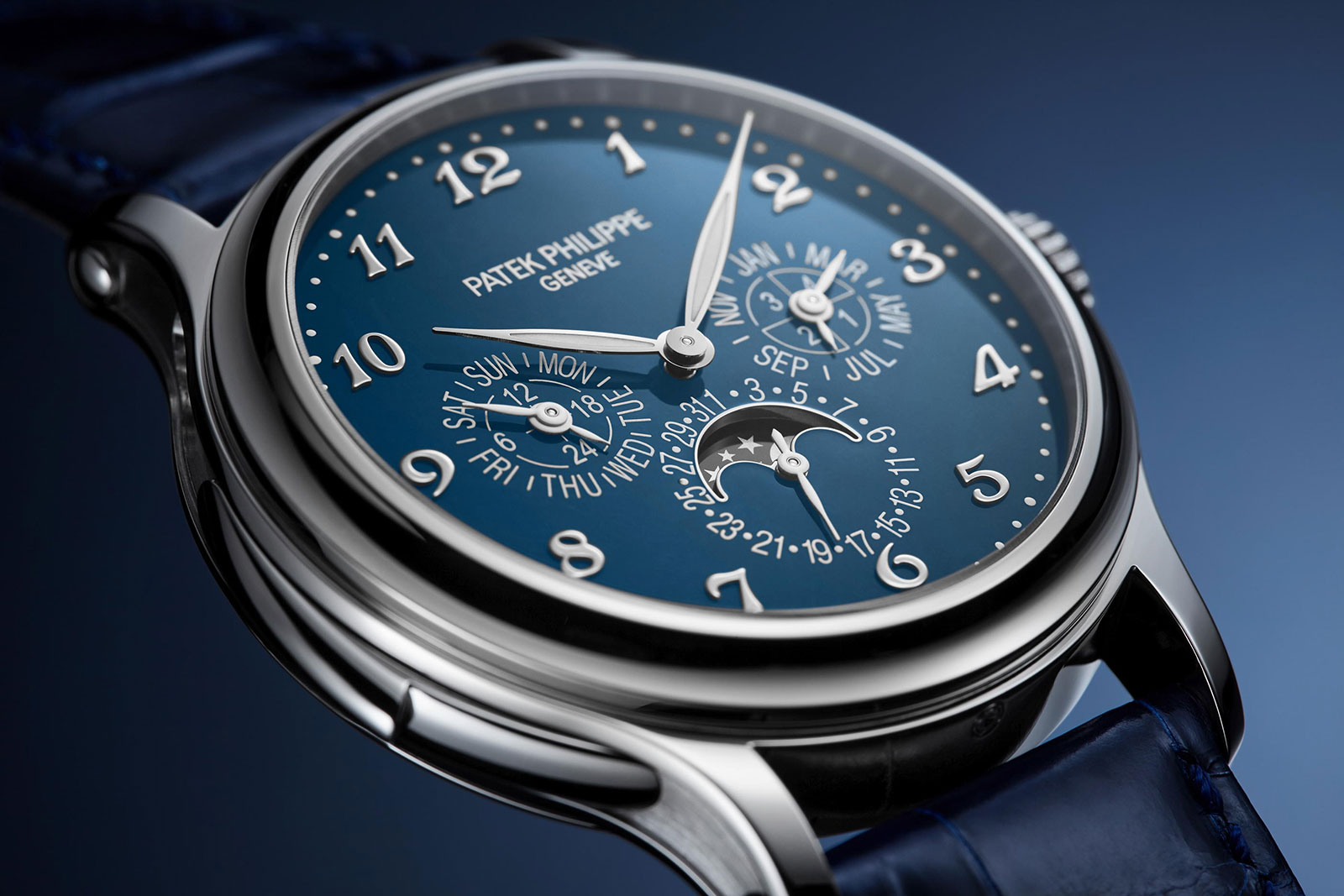 The latest piece from this Genevan heavyweight was released at the brand’s annual Rare Handcrafts Exhibition in Geneva, which is normally a place for them to show off one-of-a-kind pieces made for the squillionaires that the brand generally caters to. Unlike most of the watches at the exhibition, if you can afford a 5374, you can buy one (probably). It comes with a 42mm 18k white gold case which is 12.2mm thick. It flows and tapers beautifully, especially at the lugs, and features plenty of hand polishing to complement the case outline. 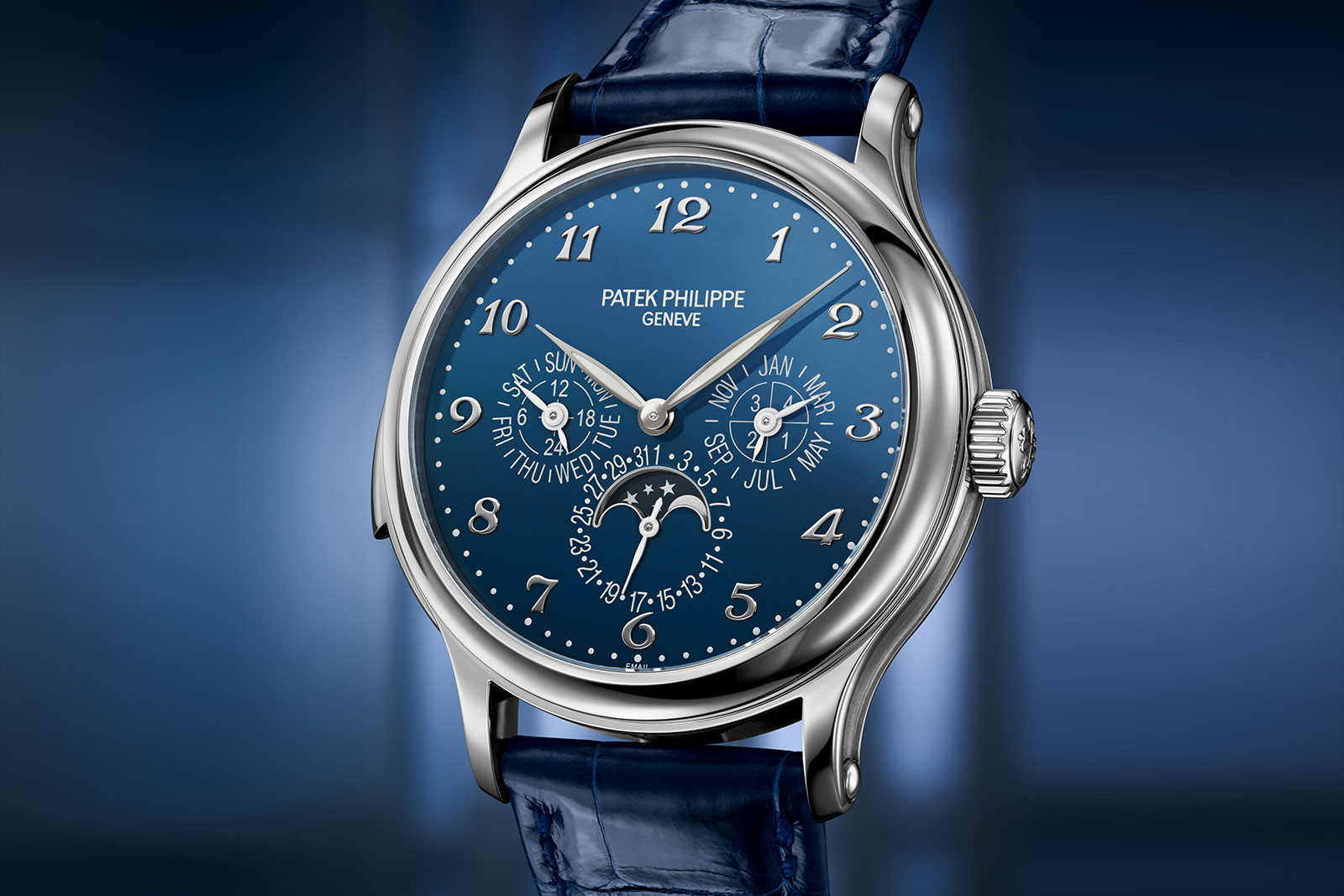 42mm might seem quite big for a dress watch from Patek Philippe, a watchmaker known for being conservative at best, but the reason for the heft is the movement. It features two exquisite complications, one is a perpetual calendar which keeps track of the day, the date, the month, the moonphase and the leap years to adjust itself automatically without intervention (as long as it’s left running). 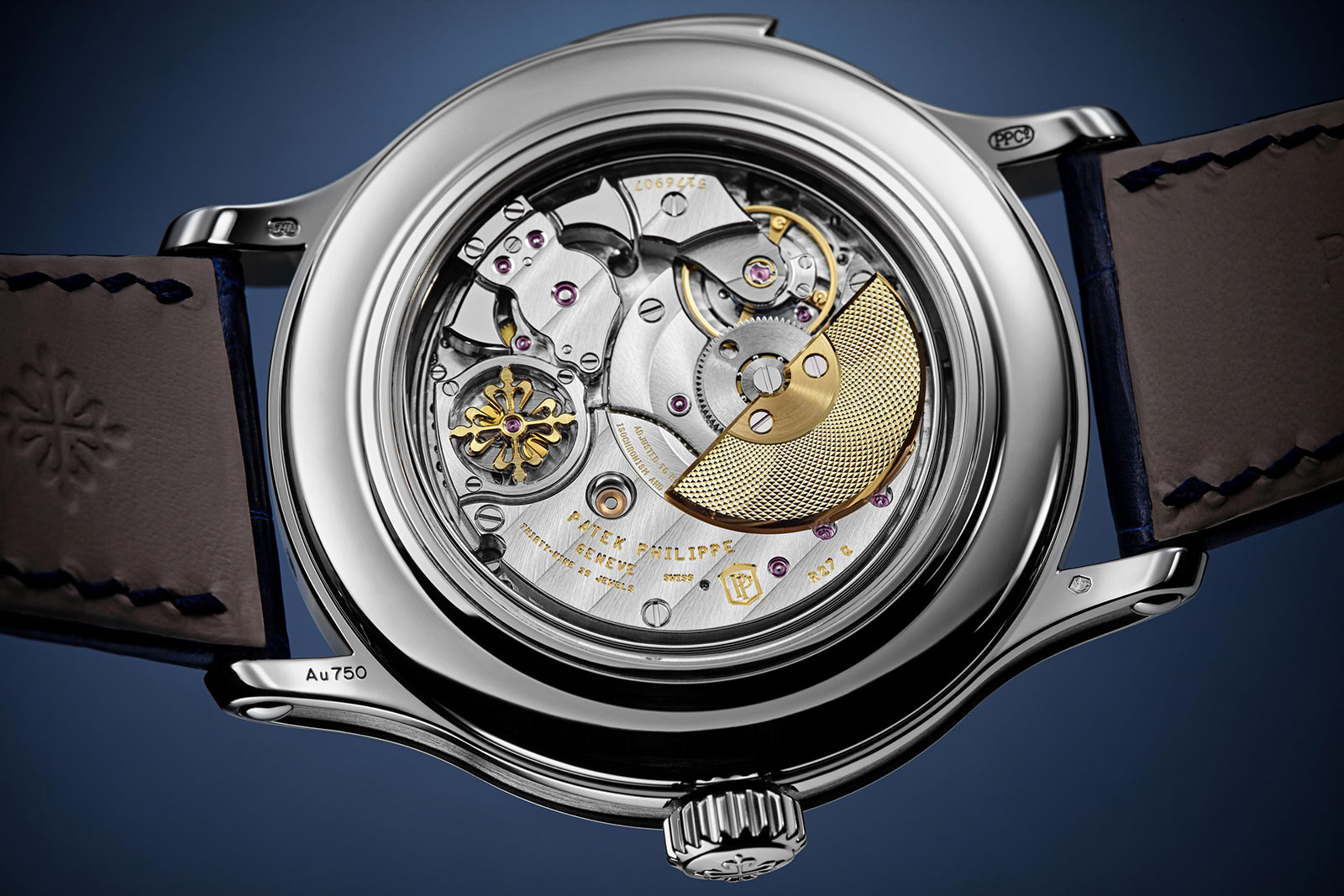 Then there’s the other complication: the minute repeater. Activated by the wearer, the minute repeater chimes the time using a complicated set of gears, snails (not live ones), wheels and gongs. Moving the slider on the side of the case powers the system which uses a set of feelers to detect the position of the hands. The reading is sent mechanically to the gongs which chime out the time in increments (usually hours followed by quarter-hours and then minutes). Make no mistake, the minute repeater is about the most complicated of complications to put into a watch. For the spec nerds out there, this is the calibre R 27 Q which has a 3Hz beat rate and a power reserve of between 38 and 48 hours. 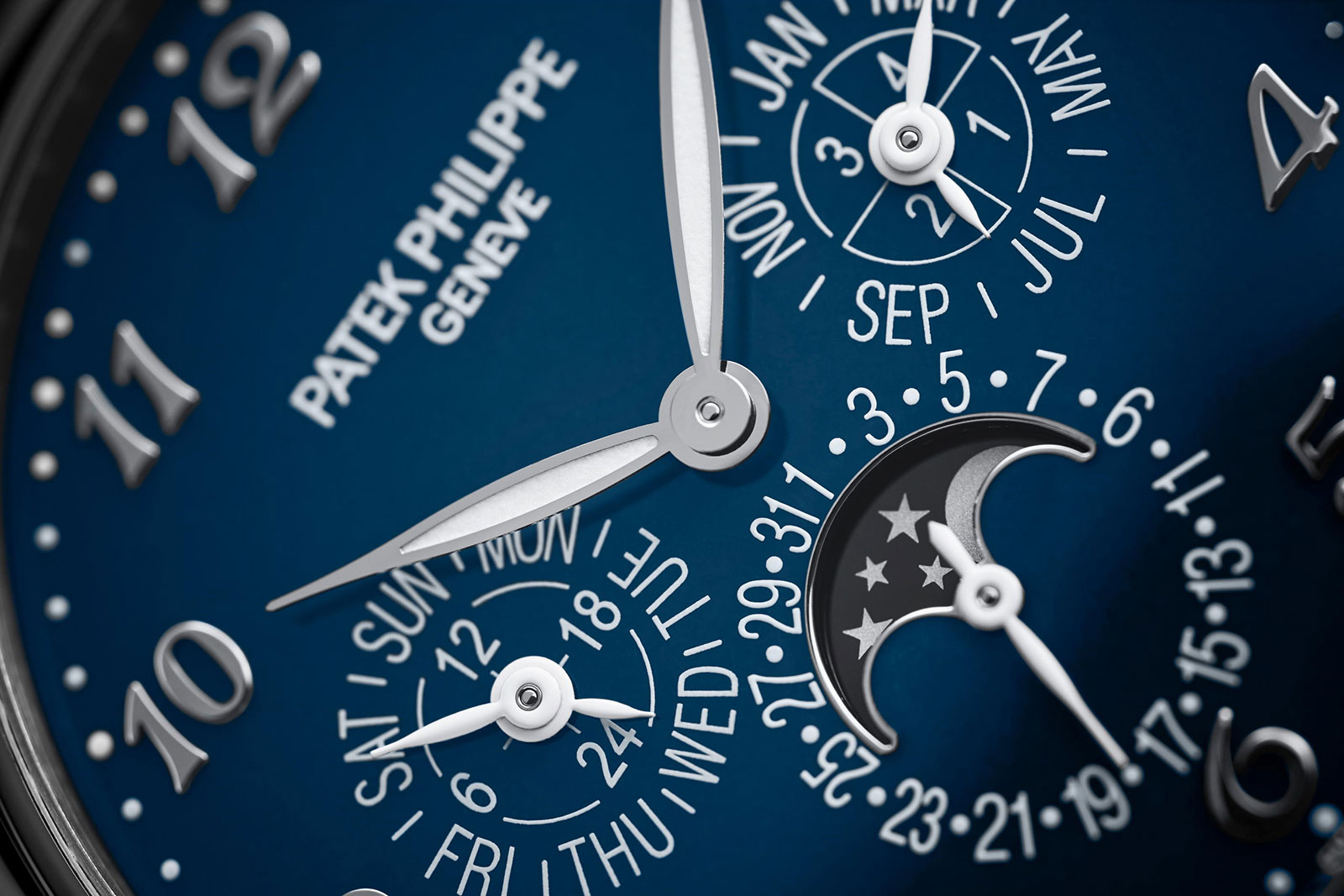 All of this is hidden by the watch’s blue enamel dial. Enamel arts seem to be a rarity for Patek Philippe, but they are easily capable of doing so if they feel like. The blue dial of this watch serves as an elegant base for the displays of the perpetual calendar, but it’s the Breguet numerals that really sell the look in my opinion.

Patek Philippe isn’t strictly limiting the amount of these watches it will make, but it’s a complex one so don’t expect there to be many of them around. They will be available through Patek Philippe boutiques and Authorised Dealers, though there is no given price which means you’ll need to pluck up the courage to ask if you really want to know.