This new take on a pilot's watch comes in many colors. 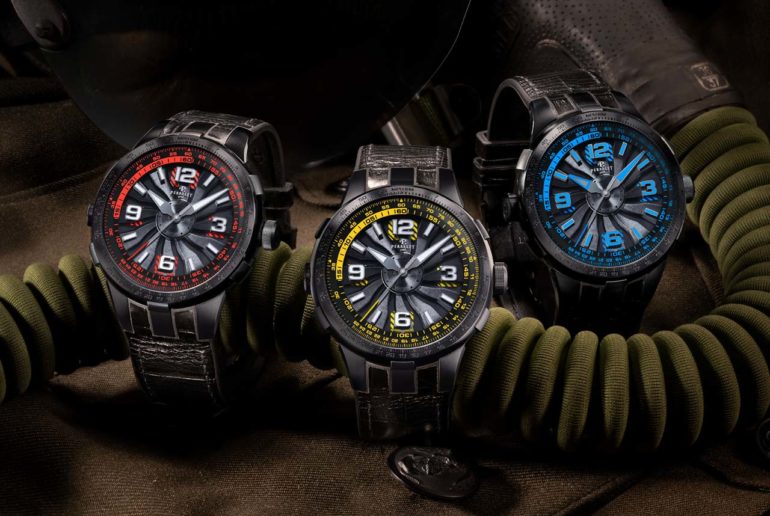 Perrelet’s newest take on its most popular design sees its watches festooned with bright colours and an array of tiny writing on the inner bezel. Its watches have been popular for years, but, oddly, I never see one when travelling through the online world, maybe I’m in the wrong groups? Either way, Perrelet says these new watches are designed for pilots, so it’ll be interesting to see how these watches with their wobbly and potentially distracting dials fare up as aviator pieces. 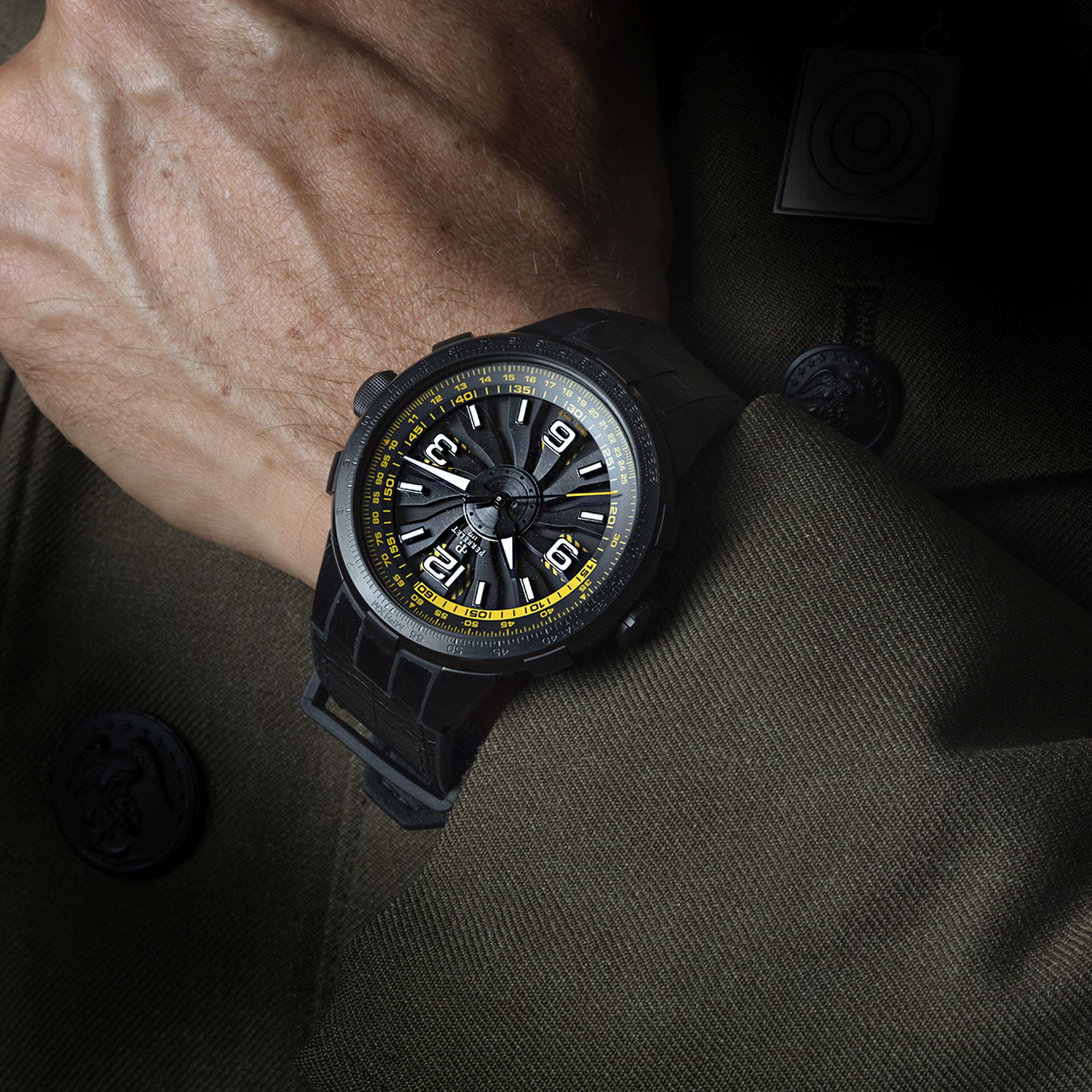 In case you were unaware, the dial on a Perrelet Turbine watch is animated. Underneath the turbine blades which make up the dial is another set of turbine blades which are mounted so they can spin freely. This means when you move the watch the blades create an unusual visual effect. This is amplified by the colour choices available. You can have the hands, markers and the chapter ring featuring a slide rule in either blue, yellow, red or khaki. All of these have some lume applied underneath the turbine dial to make the piece stand out. Not that the 48mm PVD case won’t do that already. The case is water-resistant to 50m. 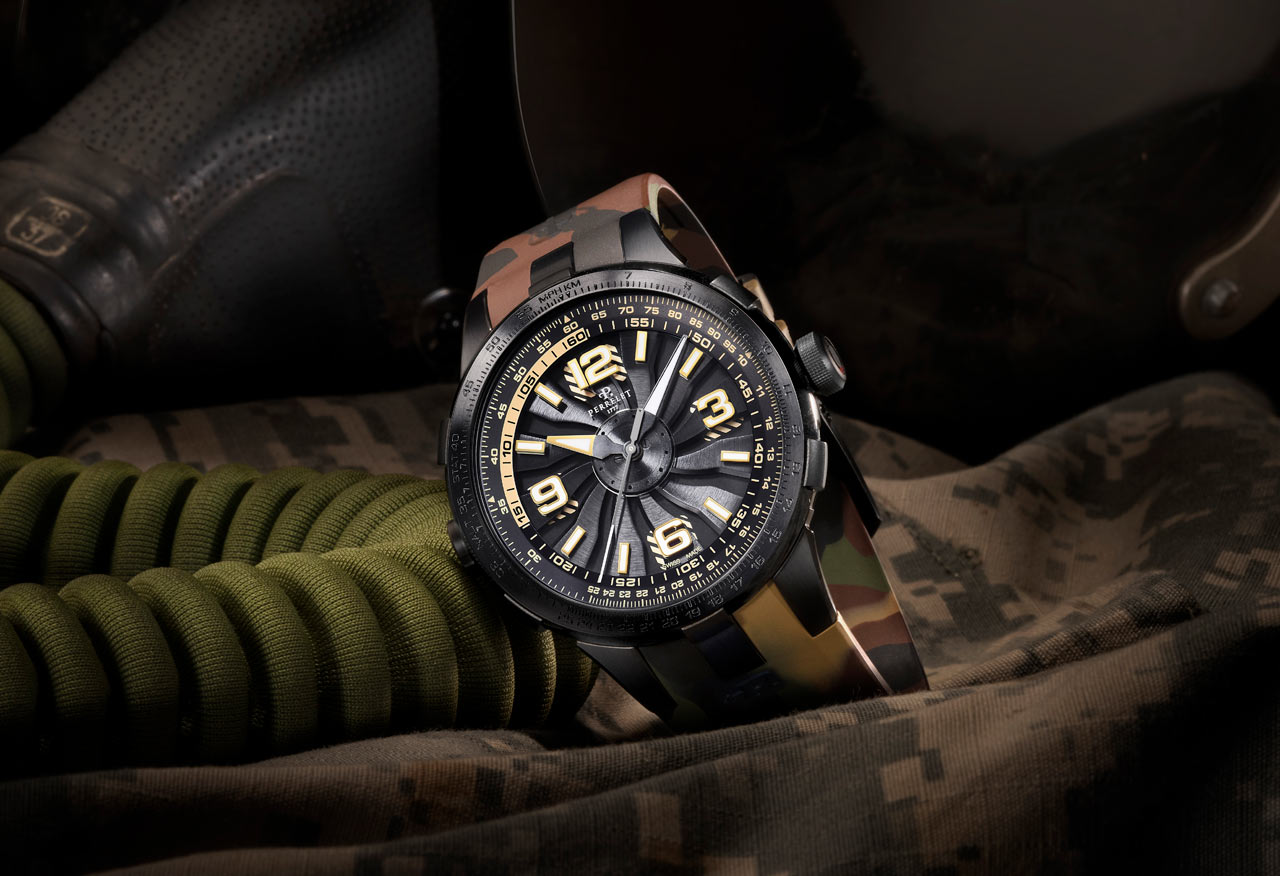 To make use of the slide rule, turn the crown at 3 O’clock. This makes it a little more fiddly than on a Navitimer where the slide rule is connected to the bezel assembly, but it’s an interesting development and something I wouldn’t have expected from Perrelet. 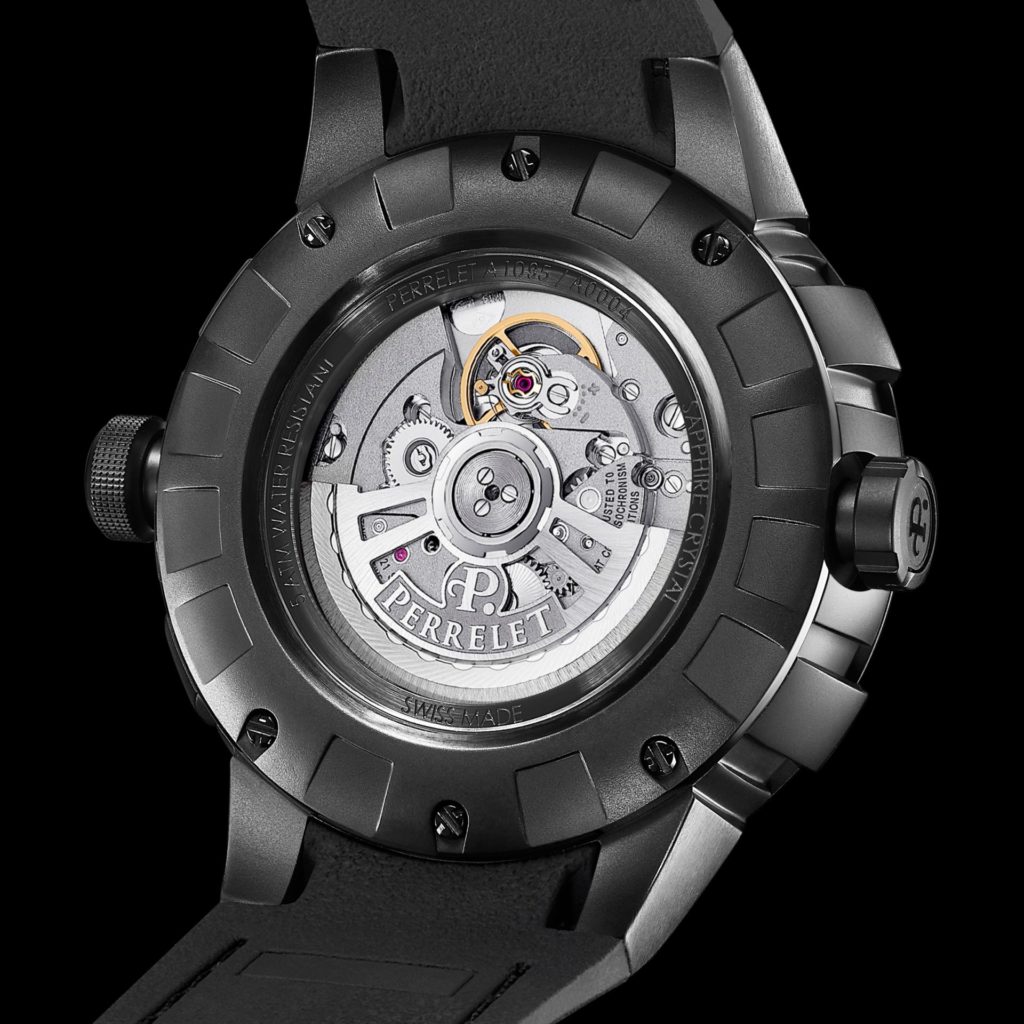 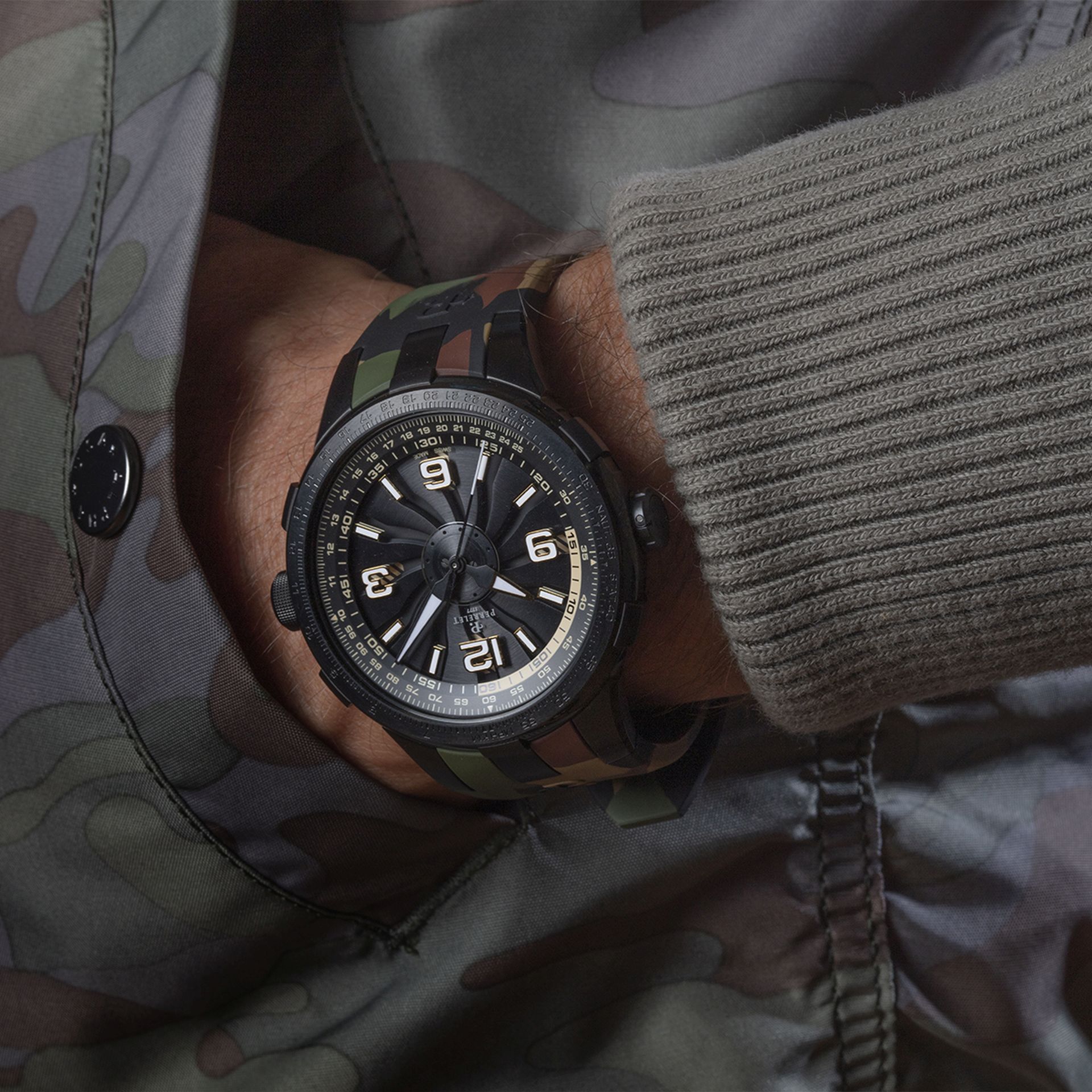 Operating the time crown is even more unexpected, as it’s been integrated into the case at 9 O’clock. Inside the watch is the in-house made P-331-MH calibre with a 4Hz beat rate, 42-hour power reserve and chronometer status that’s been officially verified by the COSC. It’s also on display around the back of the watch, which is a nice touch. All watches come on black straps which appear to be rubber with a leather effect, except for the khaki model which has a rubber strap with a camouflage pattern on.

Brand new these retail for a not-unreasonable €4,980.