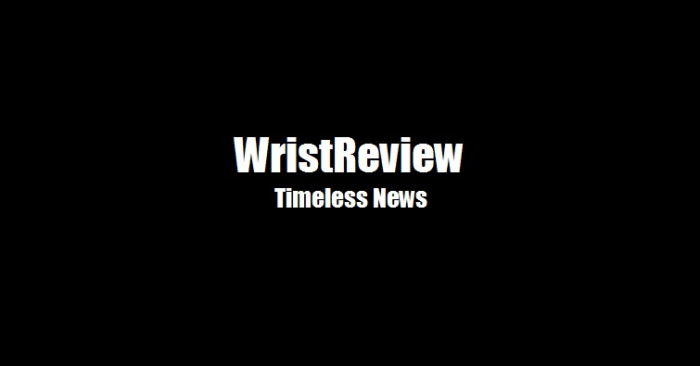 One of my first automatic watch purchases was based on a whim.  Now, it was a pretty inexpensive whim, but it was still a whim.  A Blog to Watch pointed me toward the Praesto GMT pre-order deal about 3 years ago, where this small brand (apparently a direct marketing effort from the OEM Giovino Watch Co. in China) was selling a GMT automatic for the insane low price of $180.  The pre-order deal is long gone, but the watches are still on sale for $250 to $280, depending on the options.

No, not all my watches are aviation related, but I do really like the style.  As a plus, I was doing a bit of travelling back then and really appreciated the utility o the GMT complication.  There are three dial colors, blue, black and orange, two case options, PVD or brushed stainless, and two strap options, brown and black.  Not every combination is available, and the black dial/PVD case is sold out, but there are six other options so you should be able to find something to your liking. 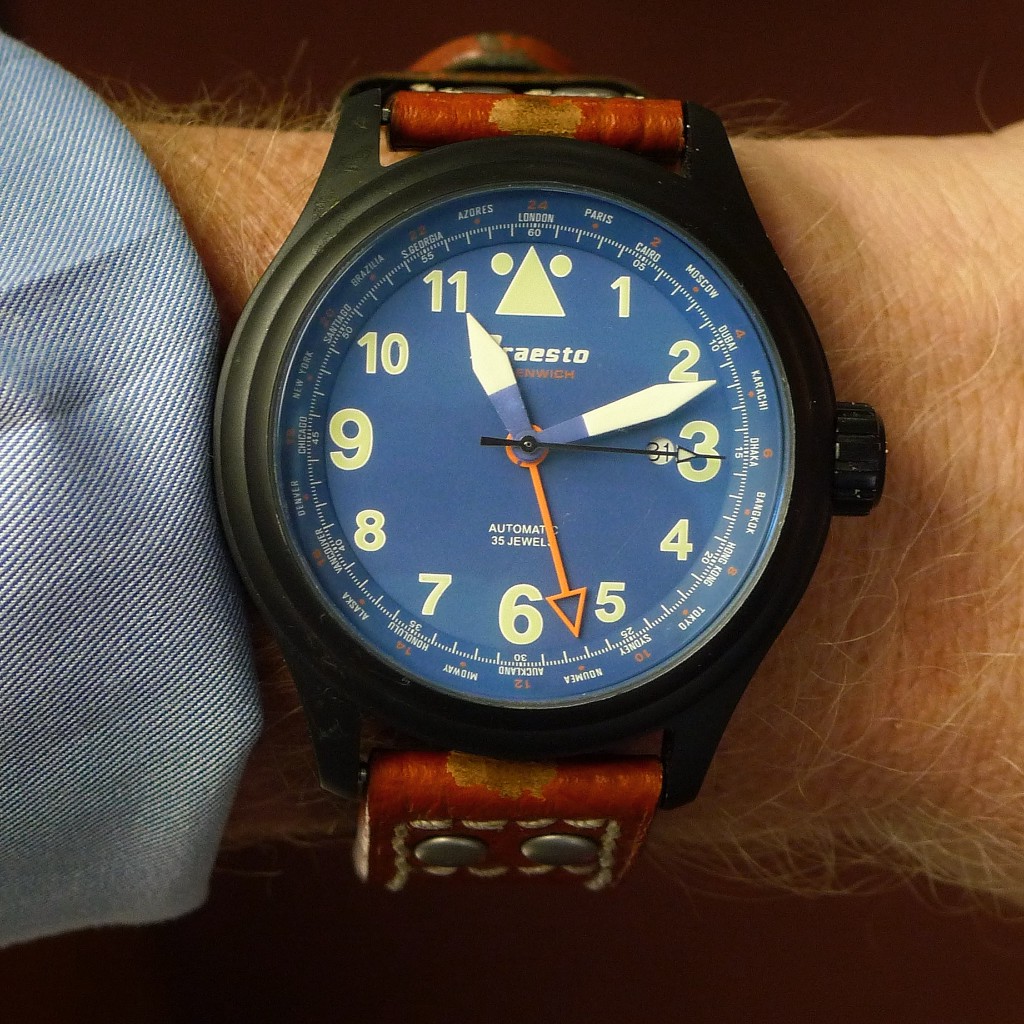 For me, I bought the black dial, PVD case and brown (red?) strap, a slightly custom combination they were able to accommodate.  I do not know if this was because it was a pre-order, or that they had not set up their options at the time, or you could still ask them to put together a variation other than what is shown for you.  Of course, since the watch part is sold out, you can’t get this version anyway, but there are some color combos you may want that are non-standard.  It never hurts to ask.

Before I get into the specifics on the watch, let me tell you about customer service.  The watch is coming out of China, so any communication with the factory is going to have an automatic time delay and language barrier.  It is not horrible, but it is not like strolling over to the mall for service.  After I had owned my watch for a while, I took an unplanned dip in the ocean when my sailing dinghy turned turtle.  The watch is rated for 100m, and the case has a screw down crown, but I still got a little water in the watch.  It ran, but the case was fogged and the salt water was eventually going to ruin the movement, so I wanted it repaired 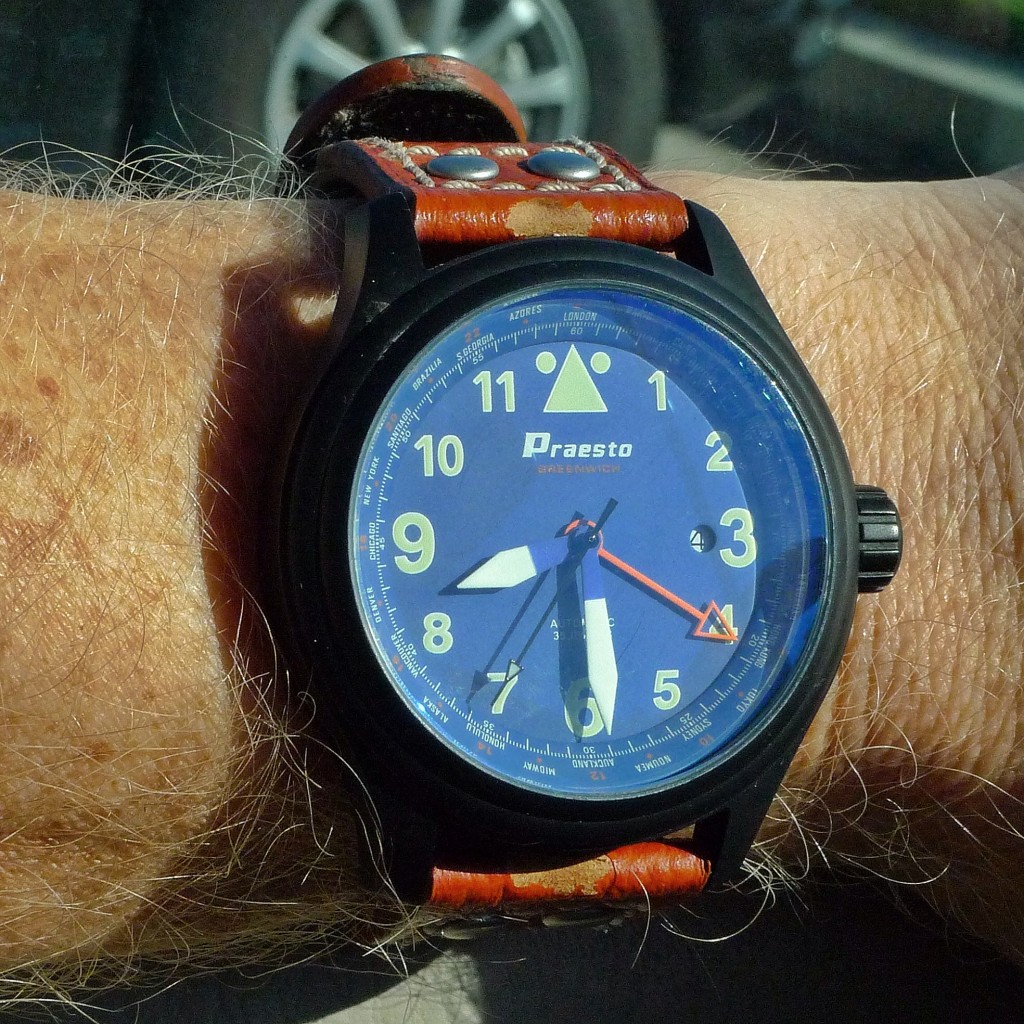 After some back and forth with the factory, they agreed to try and repair the unit under warranty after I shipped it back to them.  Well, repair is a loose term in this case.  I don’t think they actually have any repair facilities.  I believe that they made a run of watches and sell off the stock.  They had no repair capacity to take my watch apart, clean it, swap out a new movement, and send it back to me.  Instead, they offered a replacement, which is fine for me.  Unfortunately, they were out of the black/PVD option, so I now own the watch with a blue dial and PVD case (which came on the black strap).  A nice looking arrangement, but not the same one I originally wanted.  They did ship the damaged watch back, so I may see if I can get a local watch repair to swap movements for me, or get a replacement movement for the damaged original.  For the time being (and it has been a while, I wear the replacement watch). 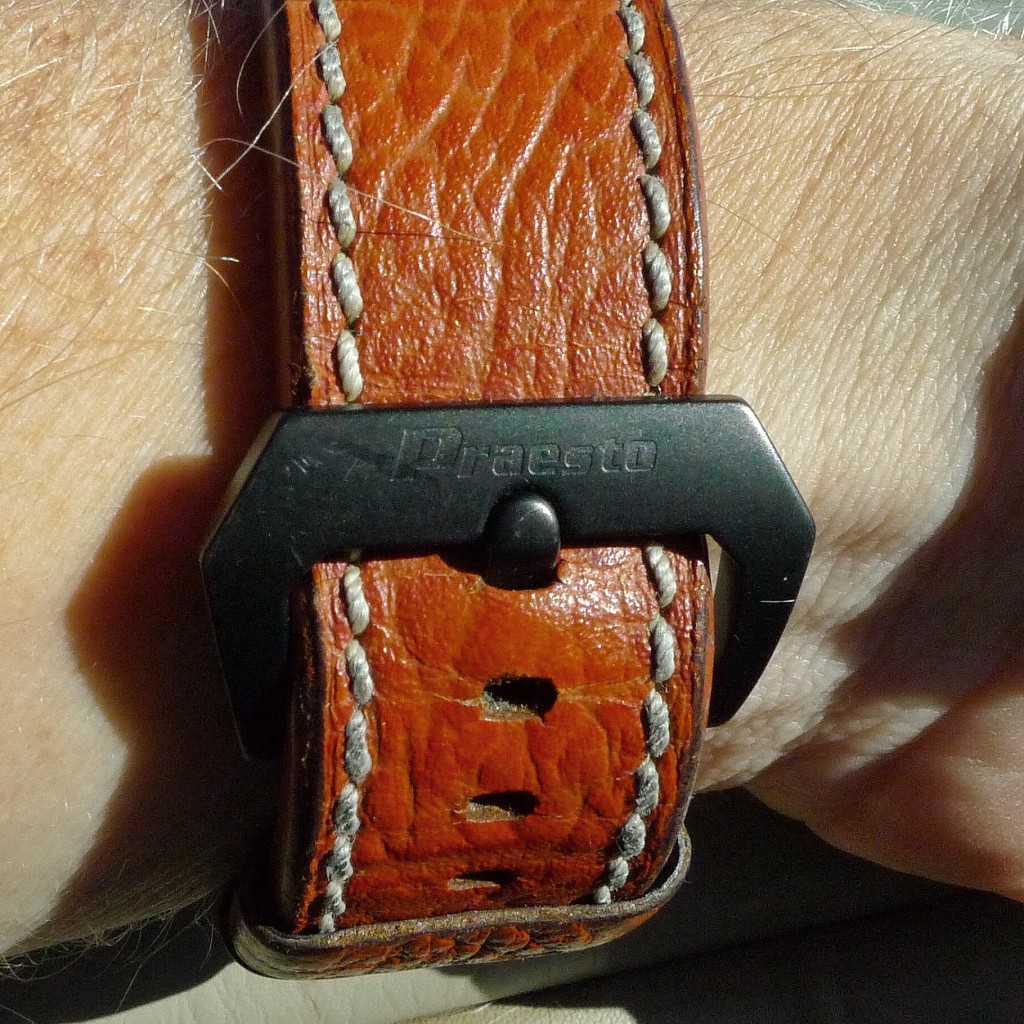 As for movements, the watch has a Shanghai RK4D automatic movement with date and a 24 hour GMT complication.  The movement is used by several other Chinese watchmakers, though it does not seem to be one that gets advertised much.  The GMT hand is set independently, and once set, it will track when you change the time in the normal way, so if you are hopping time zones and wan the two hands for local time, you need to change time and then reset the GMT time.  Or, you are Jack Bauer, you can just set your GMT to keep track of the 24 hours you have to save the world.  Whichever works for you.  With the 24 hour GMT dial, if you want to read the time of day, it takes a little mental math to get figure the time.  On the very outer chapter ring, in very small print (very small), are world cities with their relation to GMT, a 24 hour scale and a 60 second scale.  The date window is also tiny (and no, I do not usually need reading glasses).

Small print aside for the sub markings, the watch is very readable.  Counterbalancing the outer, beveled ring are generously sized hour numbers, with 3, 6 and 9 oversized, an aviation style mark at 12:00, well sized sword hands, an orange hand for GMT, and a black second hand.  Of course, with nearly 50mm to use for the case, it should be readable.  The second hand in blank is one you think might get lost, but it actually stands out well, maybe because there is so much relief between the face and the crystal.  And that relief comes with a beefy 16mm, so I would not expect this to fit under a lot of dress shirts. 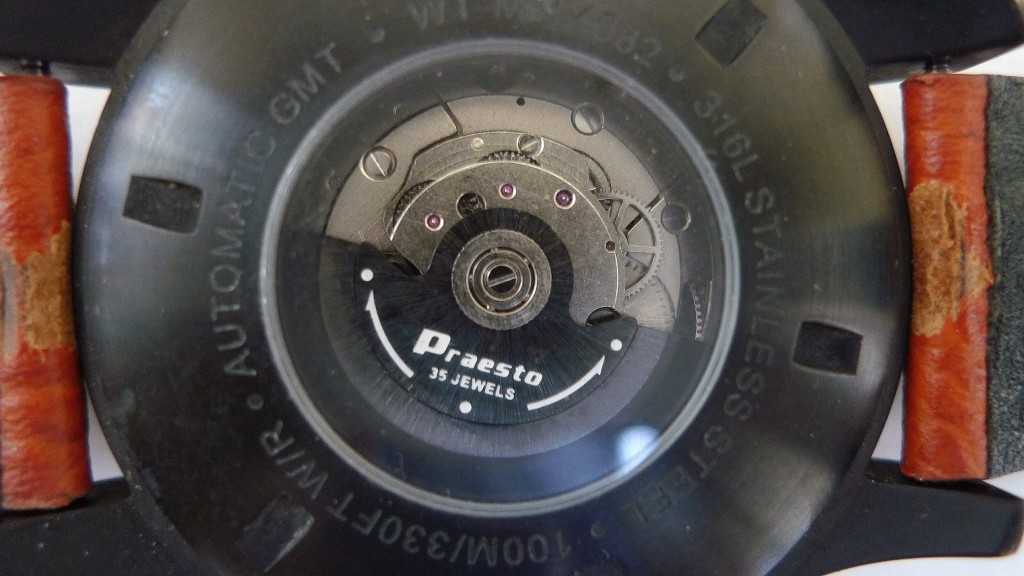 On my wrist, it is large, but not silly looking, and it wears quite comfortably.  The brown strap is nice and robust, with contrasting stitching and two lugs on each strap, a typical aviator style.  The black strap did not have the lugs, and was not as flexible or as nice in my opinion.  The strap is wearing where it rubs against the case, suggesting that it is a little thicker than it should be for this lug design.  The case back is screw down with a small exhibition window.  The branded rotor is PVD coated, which is a nice touch, and the movement itself looks to be nicely finished, though I have never taken a loupe to it.  On both the front and back, they proudly list the 35 jewels in the movement.
For a sub-$300 automatic, the watch has generated a few unsolicited comments, so I can honestly say that it is nicely done.  The fit and finish, even with the water issue, opens this brand up for repeat business, should they make a new watch that catches my eye.  They also are selling a modern take on a Fliegeruhr aviation watch, this time with a Miyota automatic movement for under $400, and Tourbillon, with a Chinese Seagull movement for $1,888 (ah, those lucky 8s). praestowatch.com