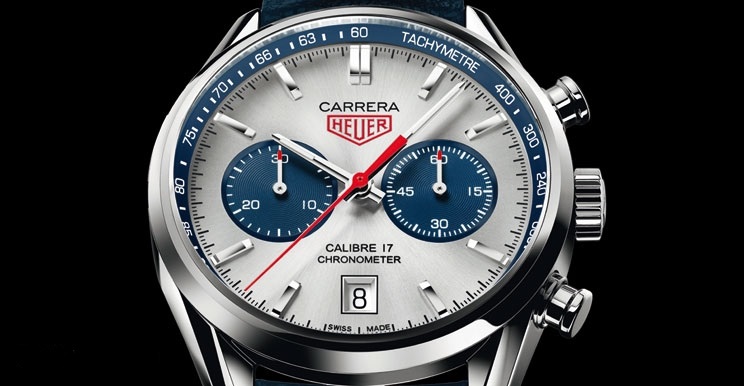 TAG Heuer shows a surprise by launching two new Carrera chronographs offering variations on the model celebrating Jack Heuer’s 80th birthday – the CARRERA Calibre 17 Chronograph – designed by Jack Heuer himself in 2012. A year on, TAG Heuer extends the homage paid to its visionary chairman with these special boutique editions.

Jack Heuer made his mark on TAG Heuer’s history by creating the most iconic watches of the modern era, and notably the Carrera. Last year, in celebrating his 80th birthday, he drew inspiration from his original creation to design the CARRERA Calibre 17 Chronograph. Its case size is 41 mm diameter, together with a pure, broad dial and an automatic movement driving two counters at 3 and 9 o’clock, are all influenced of a vintage era. 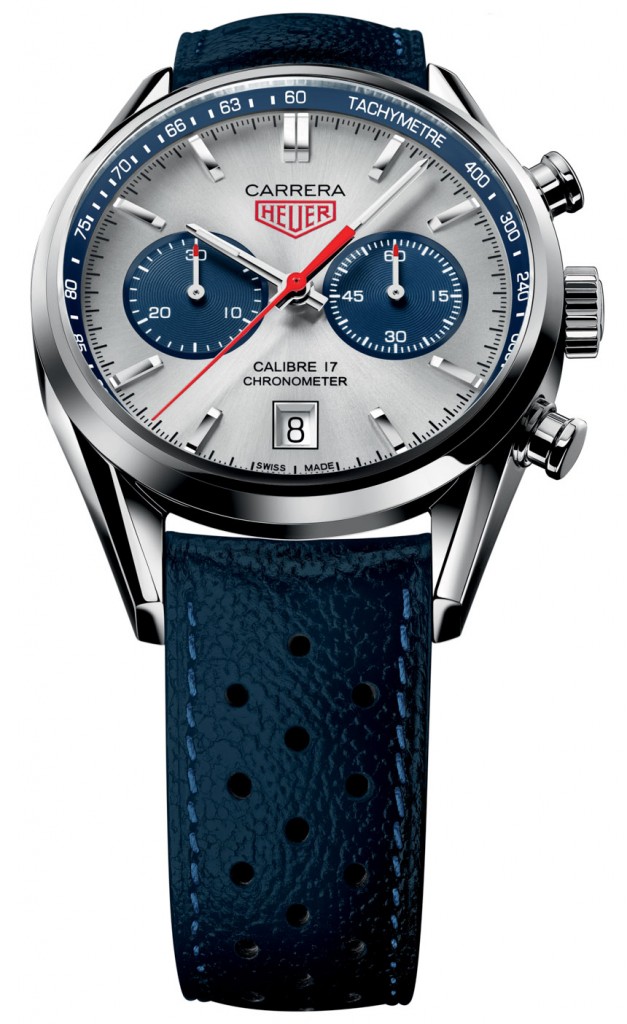 Today’s special TAG Heuer boutique editions offer two dial variations: one with a silver flange and counters against an anthracite background, and the second with blue counters and flange against a silver backdrop. They also feature red accents imitate the vintage Heuer logo appearing on both the dial and the case back. The perforated leather straps come in black with a red lining or in blue. 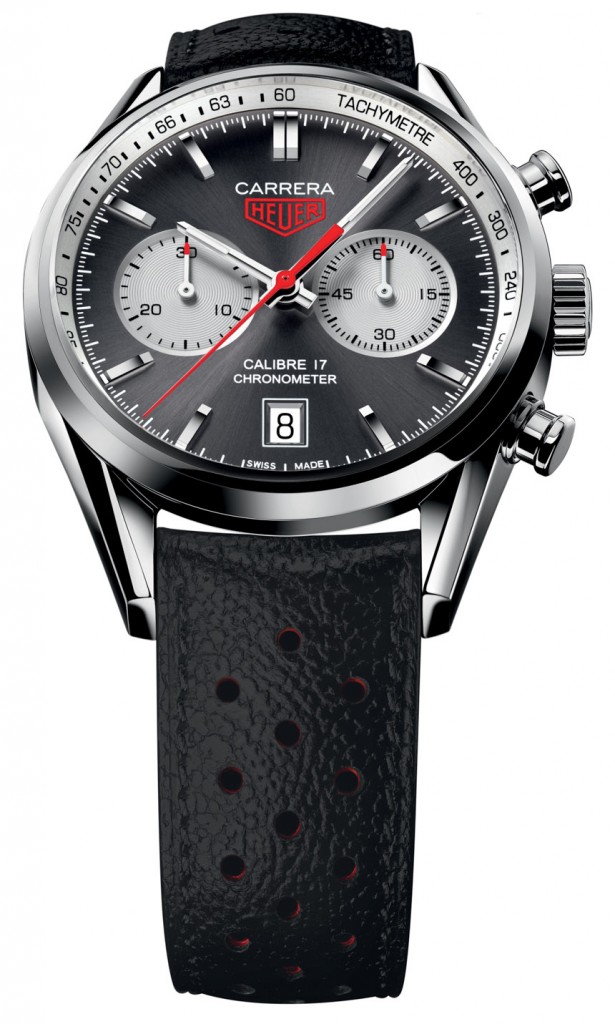 By expanding the Carrera Calibre 17 Chronograph collection, powered by COSC chronometer-certified movements, TAG Heuer is offering aficionados a gift that will doubtless be especially appreciated in this festive season. Price is  $5,700 tagheuer.com