Independent watchmaking is perhaps the most popular segment of the high-end horology segment right now. When it comes to doing things differently and thinking outside of the box, these microbrands have it nailed. Their watches can take any form the designers wish and can feature pretty much any complications they like, so the scope for designs is immense. The newest piece on the block comes from a chap called Bernhard Lederer. Born in 1958 in Kornwestheim, Germany, Bernhard Lederer is one of the living legends of the horology world, and he has been for some time, he’s been a member of the AHCI (Académie Horlogère des Créateurs Indépendants) since 1985. 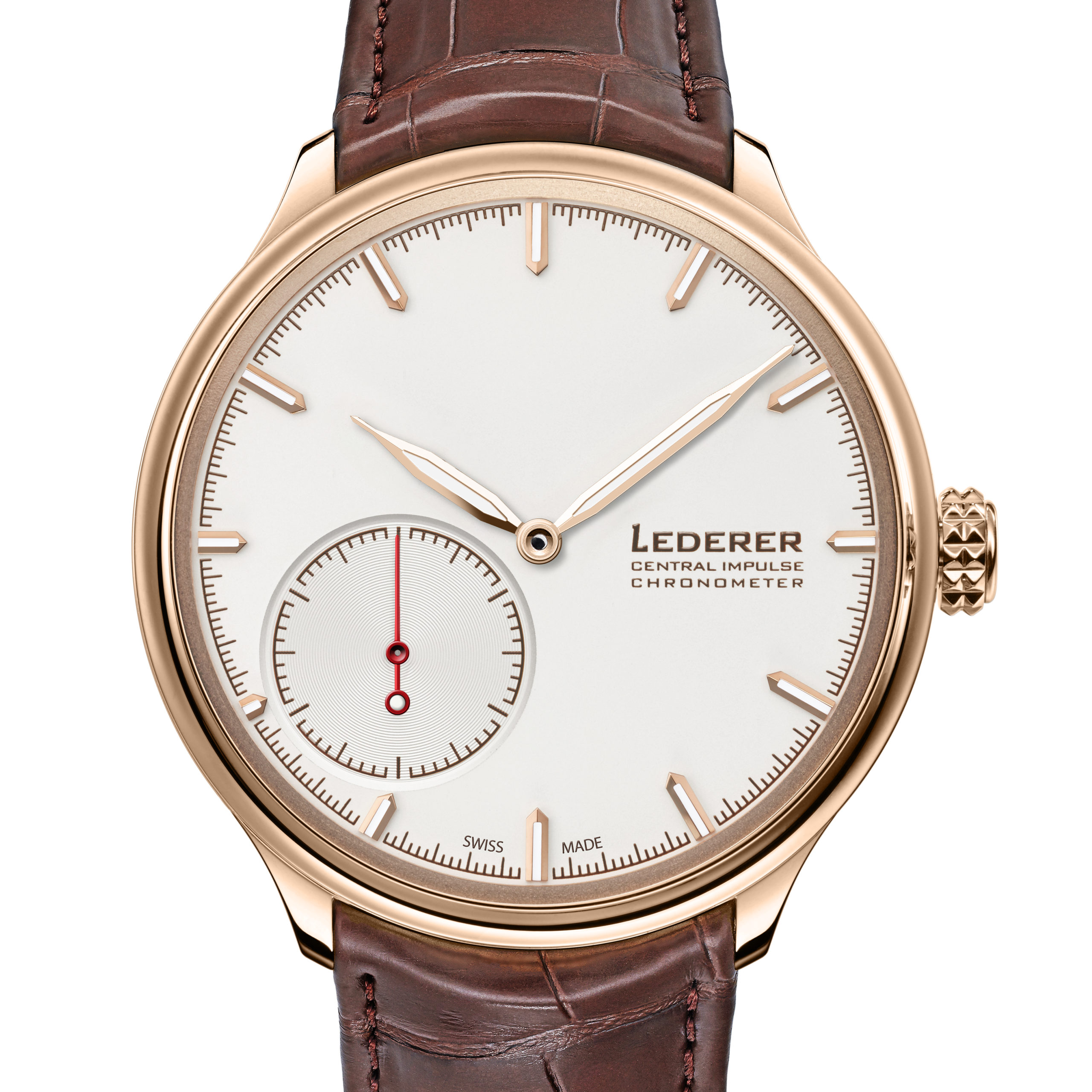 His latest watch, the Central Impulse Chronometer, is all about the technique and execution of the movement, and that’s where we’ll spend most of this article. In my opinion, the dials are quite nice, but they’re nothing particularly noteworthy, even though the grey one has a Zenith-style cutout to see more of the movement. The real magic is around the back, after all. 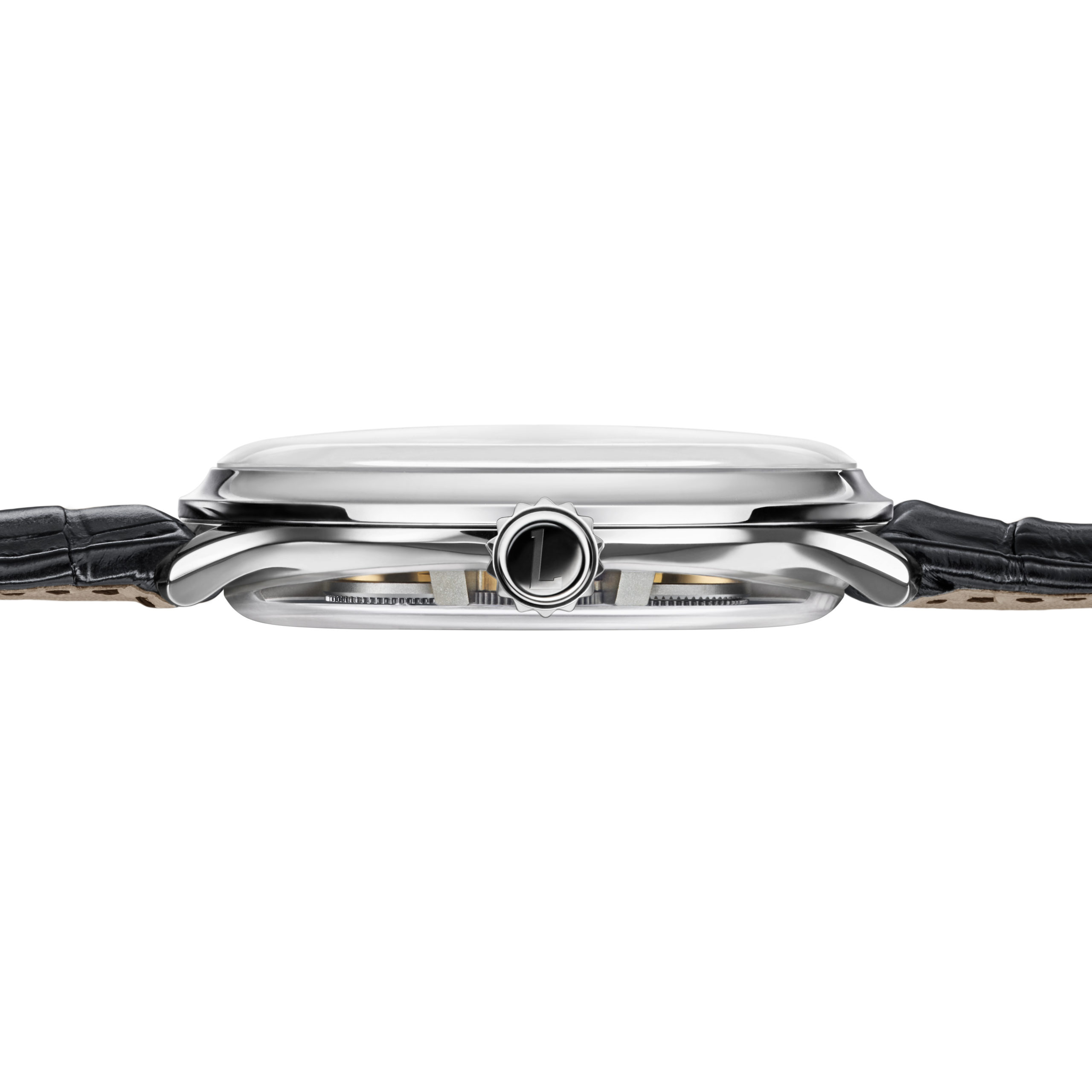 The calibre 9012 may be slightly phallic in terms of its overall layout, but its execution is like none other. This is not your typical watch movement with some extra sparkly bits added. The watch has been designed from scratch and doesn’t require a lever escapement. A traditional movement uses a lever and an impulse pin underneath the balance wheel to impact with each other and force the jewel-tipped pallet fork to click back and forth against the escapement wheel, thus providing a steady flow of energy. This setup is suitable for nearly every watch, but it can be improved upon. For example, the impact of the impulse pin with the lever wastes energy, as some of the kinetic energy of the balance wheel is transformed into sound energy. That means that the ticking noise we all love is actually an inefficiency! 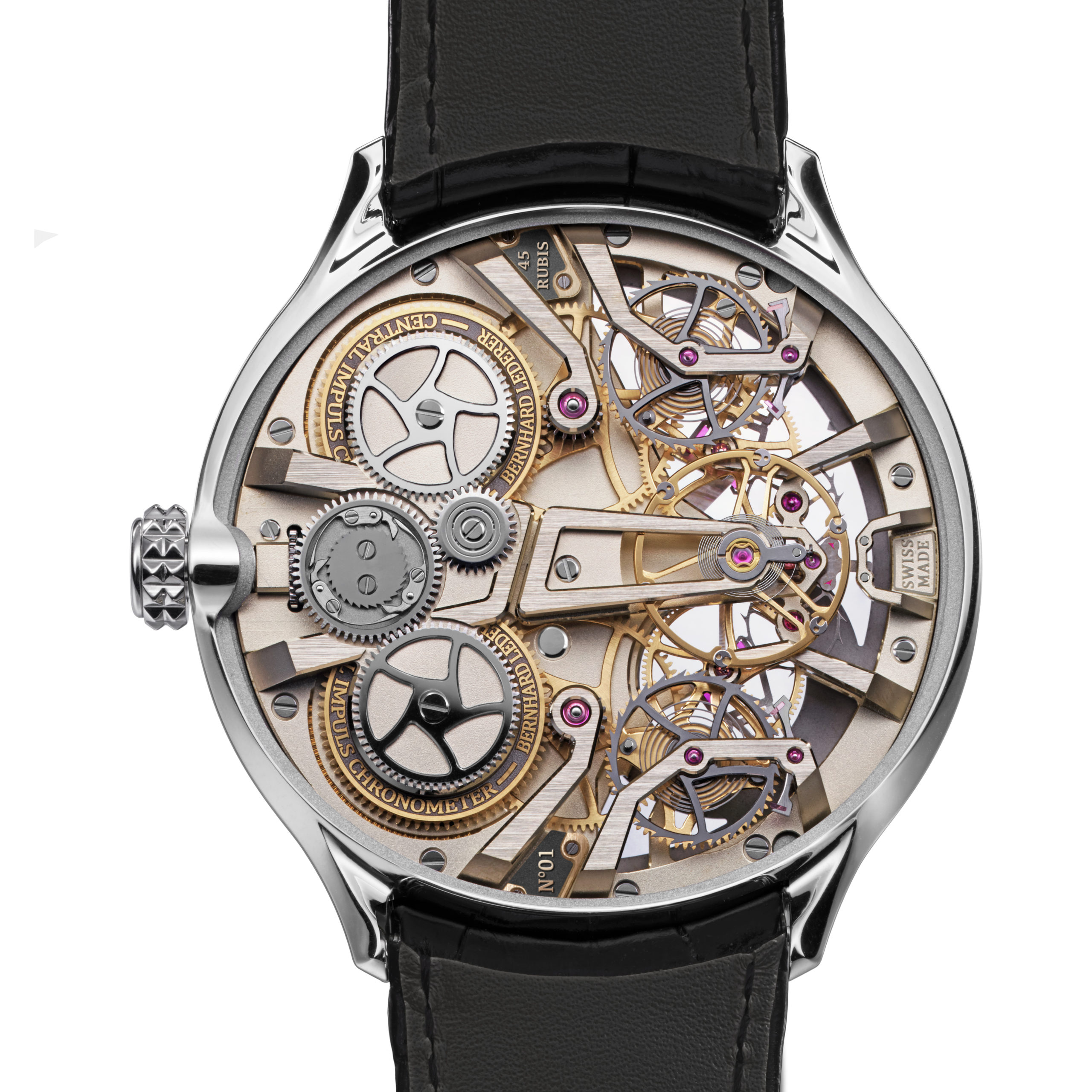 Bernhard Lederer’s watch uses what’s called an echappement naturel or ‘natural escapement’. Designed by Abraham Louis Breguet, the natural escapement is an interesting mechanism that is intended to be friction-free and, therefore, lubricant-free. Back in the days of Breguet the oils used in watches were made of animal fats and deteriorated quickly, Breguet once stated: “Give me the perfect oil, and I will give you the perfect watch” indicating just how unreliable these oils could be. Breguet took his idea for the natural escapement from the detent escapement, designed by Pierre Le Roy in the first half of the 18th century. 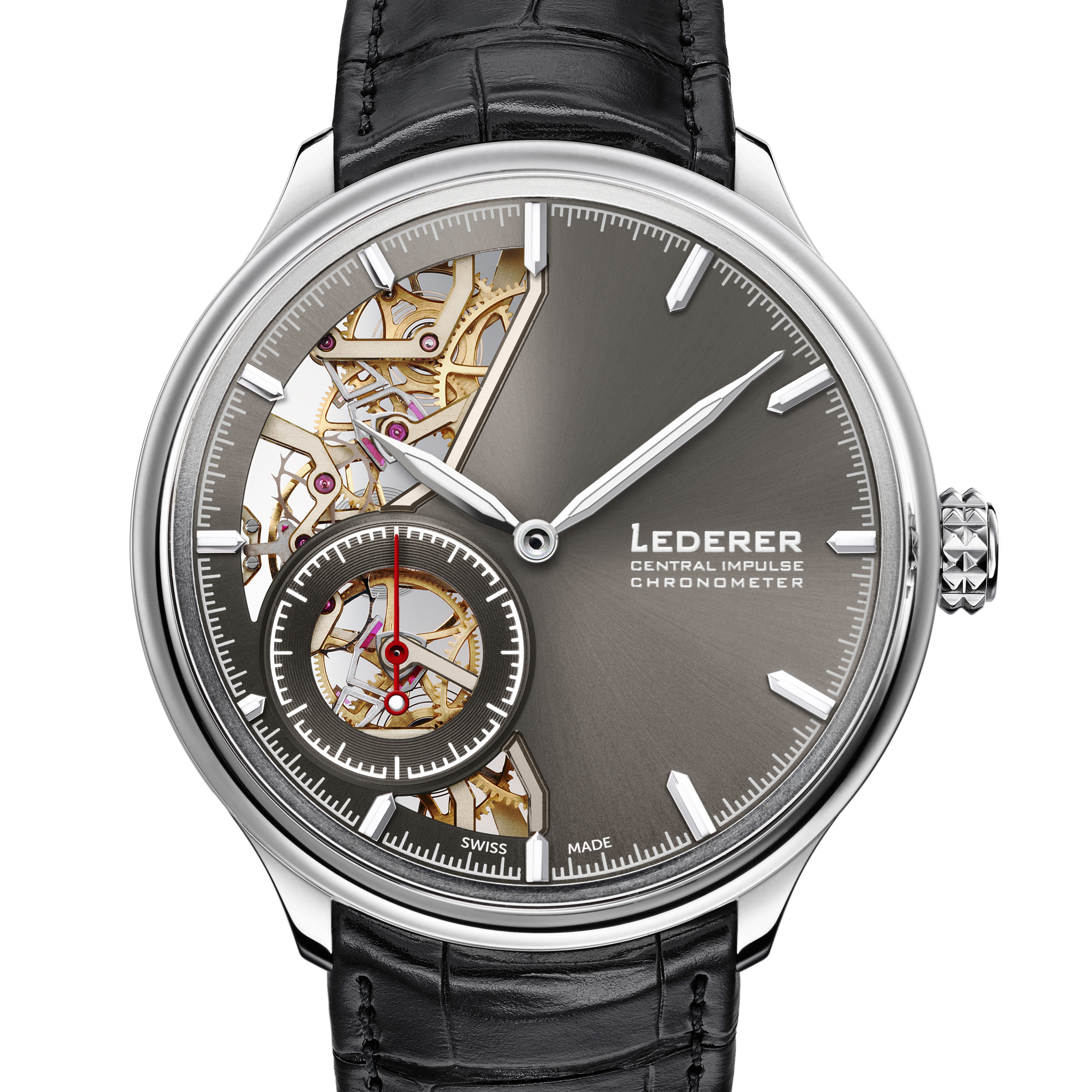 The detent escapement does not use a lever and pallet fork to capture the power from the balance wheel, but rather a special feeler arm that catches the balance wheel in one direction and ignores it in the other. When the balance touches the detent, it pushes it against the escapement wheel, thus advancing it forwards by one click. When the balance oscillates in the opposite direction, it passes over a second spring-loaded arm that allows it to continue moving without activating the escapement again. This produces a single tick noise rather than the tick-tock we are used to. The detent escapement has very little friction compared to the lever, but it is very susceptible to shocks, and any impacts that happen while the balance wheel is oscillating could throw the entire system out. That’s not a problem in mantlepiece clock or perhaps a pocket watch, but it’s no use for a wristwatch. 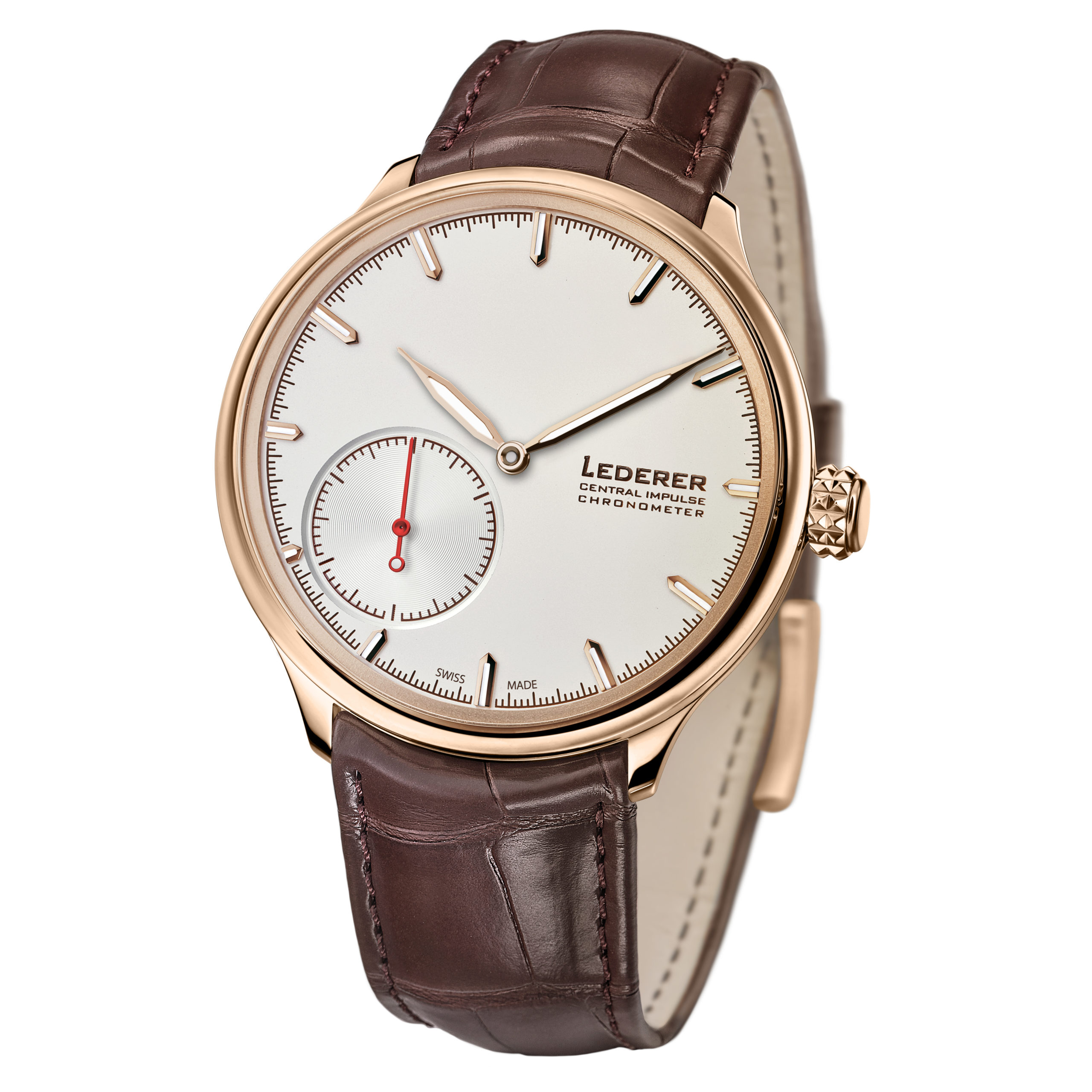 Breguet took the design of the detent escapement and refined it some more. He wanted something that could start by itself and yet remain frictionless, and so he set to work. His natural escapement comprised of two escape wheels connected to the detent, one wheel driven by the detent itself and the primary wheel drives the other. This, in theory, provided all the benefits of both escapements with the drawbacks of neither. In reality, Breguet had enormous trouble from it as the tolerances between the two escapement wheels were extremely narrow. If the teeth meshed too much, they would create friction and hinder accuracy, and if they didn’t mesh enough, there was a chance of the teeth slipping and causing backlash. The limitations from tools of the time meant that Breguet would forever be tweaking and improving his natural escapement pieces, of which he produced around 20.

Breguet died before he could perfect his natural escapement, and the first real attempt to make it work with success was by Dr George Daniels in the 70s and 80s. His version of the natural escapement didn’t couple the two escapement wheels together, eliminating the problem Breguet had. This appears to be the style that Bernhard Lederer went for. From what I can tell, it appears the two escapement wheels are not coupled. Both escapements also have a remontoir added, to smooth the power flow and stop the watch when there isn’t enough power left (to preserve accuracy). 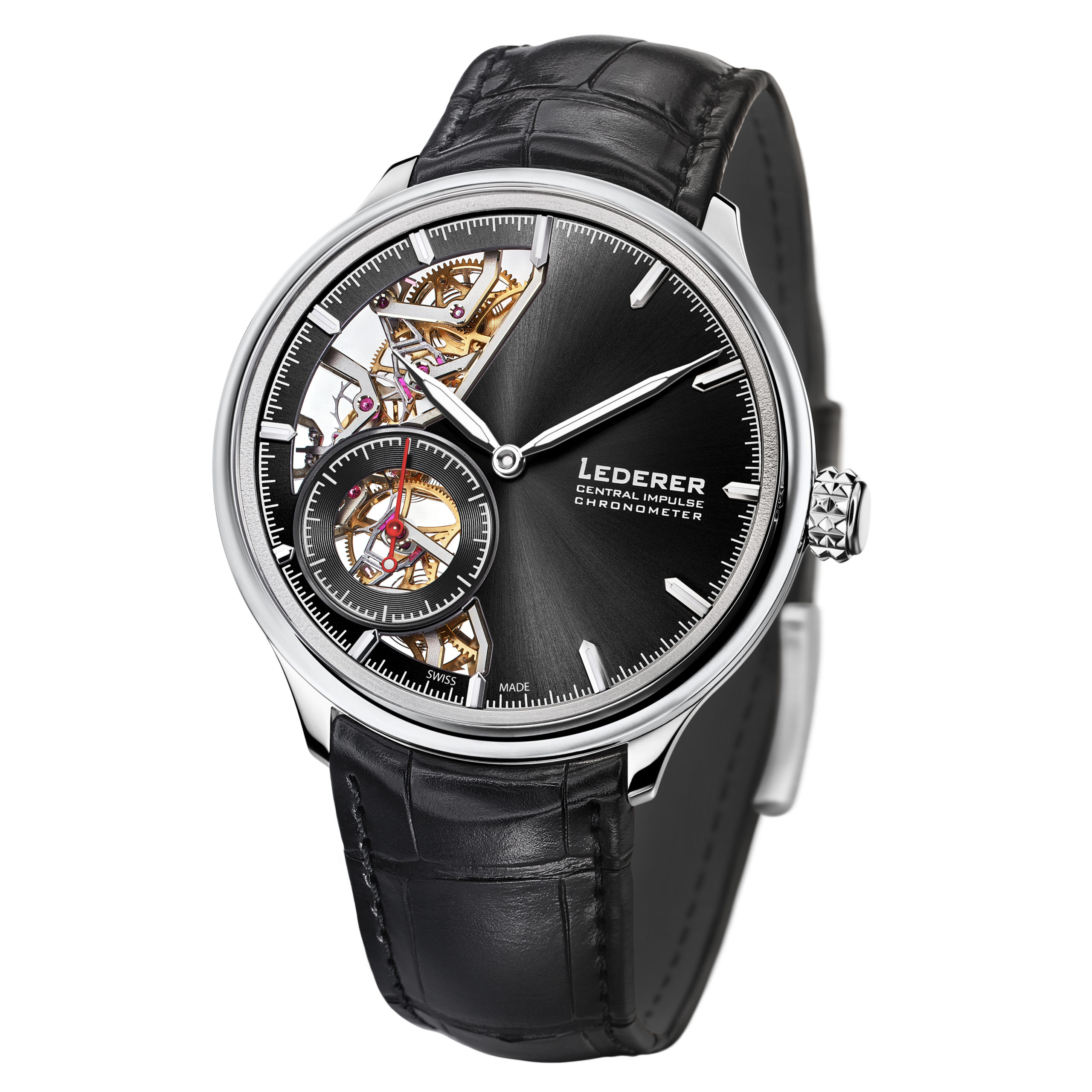 It’s worth noting that if Lederer really did draw his inspiration from Daniels’ design, the two escapements will power different things. The watches that used Daniels’ escapement, the Space Traveller I and II, had the escapements driving two dials independently from one another, one displaying solar time and the other sidereal time. It would be interesting to find out whether Lederer’s watch uses one escapement to power the seconds hand and the other the minutes and hours, as there’s no differential to join the two escapements together.

All of Lederer’s work is on display via a unique domed sapphire crystal, and if you want to buy one, it’ll cost you CHF128,000 a piece.