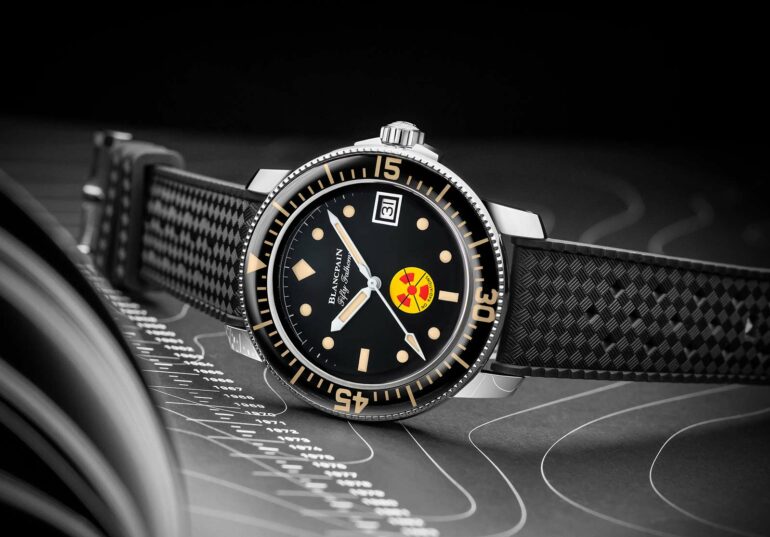 Blancpain releases a new watch paying tribute to its non-radioactive watches, only this is the second time they've done it.

If you were to ask me what the coolest modern diving watch is, I’d say, the Blancpain Fifty Fathoms. And not the Fifty Fathoms Bathyscaphe, which is the smaller model that seems to be the more popular. No, I’m talking about the full-fat Fifty Fathoms with the bulky case and sapphire crystal bezel. And the coolest version of that Fifty Fathoms is the limited-edition ‘Tribute to ‘No Radiation” edition from 2010. Well, I’m pleased to say that the ‘No Radiations’ dial is back.

The Fifty Fathoms was one of the first diving watches that resembles what we call a diving watch today, having been released just before Rolex released the Submariner but just after Zodiac released the Sea Wolf. It was a military-only timepiece for quite a while, and Blancpain had secured a reputation for fearsomely reliable watches built for scuba diving teams. The Fifty Fathoms was a favourite of the Commandos Marine, the French Navy’s special forces/diving unit. 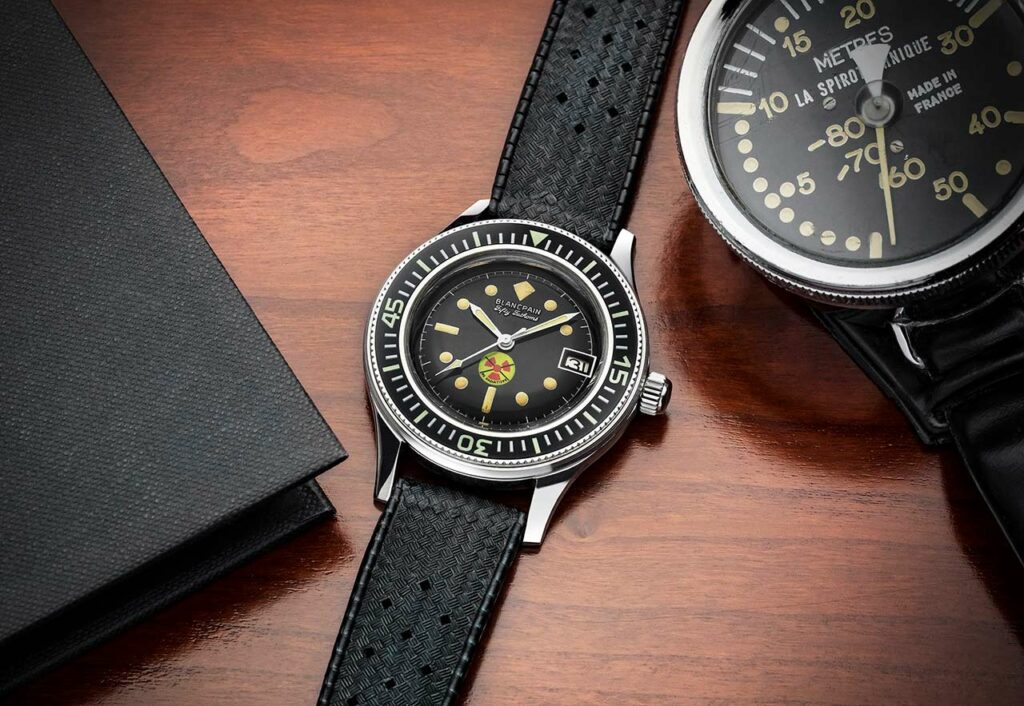 The original model from the 1960s

The original Fifty Fathoms, released in 1953, used radioactive paint to glow in the dark. This was the norm back then, and most people believed radiation and radioactive objects to be useful and futuristic. Only the most experienced scientists knew that radiation was hazardous. However, by the mid-1960s, the general public became more aware of the dangers post by radiation exposure thanks to previous events such as the disastrous Windscale Fire at the Sellafield nuclear power plant in the UK and the fallout from incidents related to the ‘Radium Girls’. Makers of all things glowing decided to switch from radium to tritium, an element that was also radioactive but at a far lower level. Blancpain went one step further and eliminated radiation from its watches entirely, using the now-infamous crossed-out radiation sign on its watches’ dials. 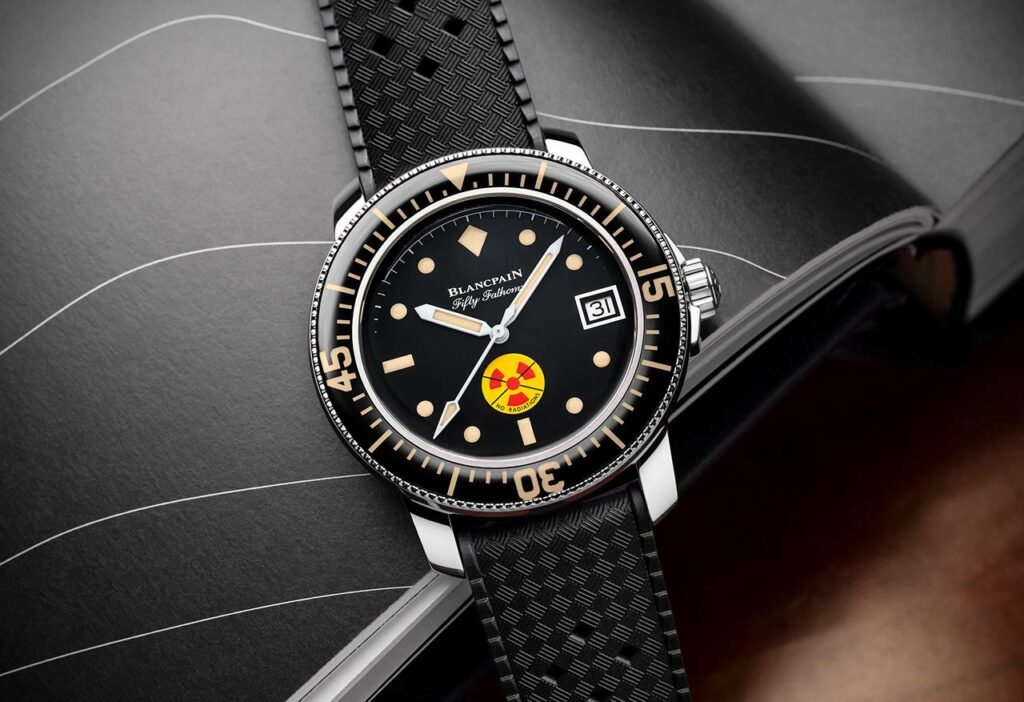 Blancpain’s next special remake watch follows on from the success of its other re-editions. We’ve seen the ‘MIL-SPEC’ edition, the ‘Nageurs de Combat’ and ‘Barakuda’ editions all hit it off well with the watch community. The new ‘No-Rad’ special edition Fifty Fathoms has a lot in common with the Barakuda edition, including case dimensions which sit at 40.3mm x 13.23mm, a lot smaller than the 2010 edition’s 45mm case.

Blancpain has changed the markers around on this one too. They are now round apart from the rectangular 6 & 9 O’clock markers and the kite-shaped 12 O’clock marker. They’ve even kept the white paint around the date window, which I like as it makes a song and dance about it. Usually, I’m not too fond of date windows that draw attention to themselves, but this looks good. Thankfully, Blancpain has kept the domed sapphire crystal bezel with glowing markers (it’s my favourite part, and a testament to Blancpain’s craftsmanship as curved and domed sapphire crystals are extremely hard to perfect). 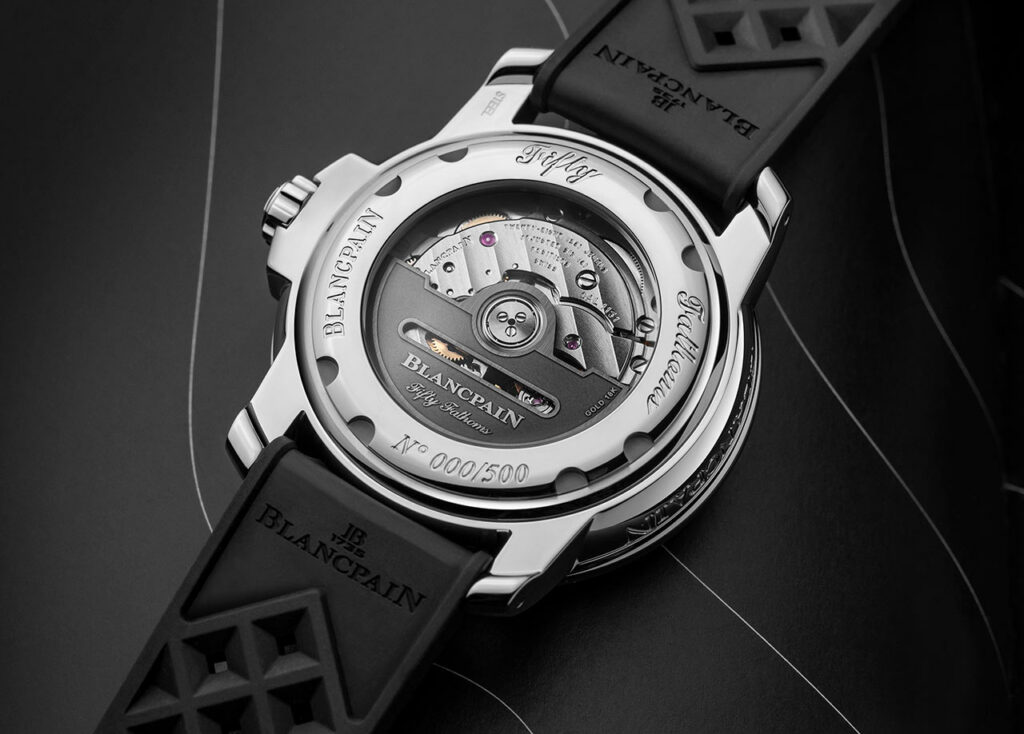 Inside the case is precisely the same movement as the Barakuda watch, the calibre 1151. It features a high grade of finish, as you’d expect from a Blancpain, as well as automatic winding, a 100-hour power reserve and 3Hz beat rate. It’s on display at the back of the watch for all the world to see, which is a nice touch. It’s also presented on a black rubber tropic strap, which is the same as seen on the Barakuda. I’m starting to wonder if Blancpain has any other watches to take bits from. 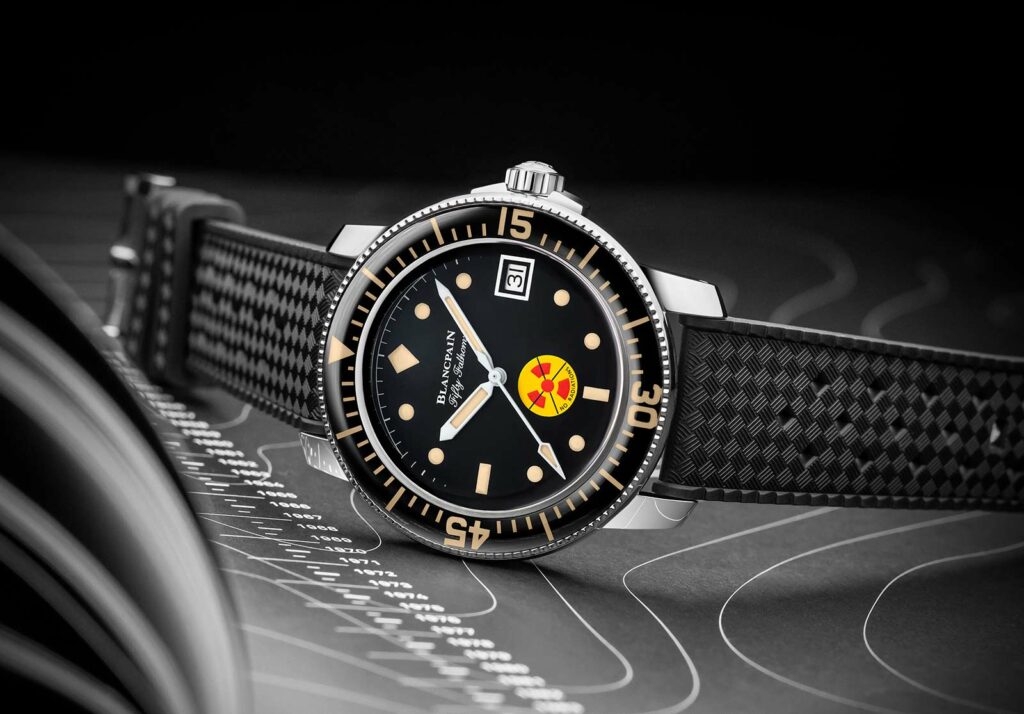 Let’s end it before I go any further. The price of this new Fifty Fathoms Tribute to No Rad watch will cost you $14,100 and is limited to just 500 examples worldwide. I wonder what the grey market will price it at. No Radiation models are highly sought after.