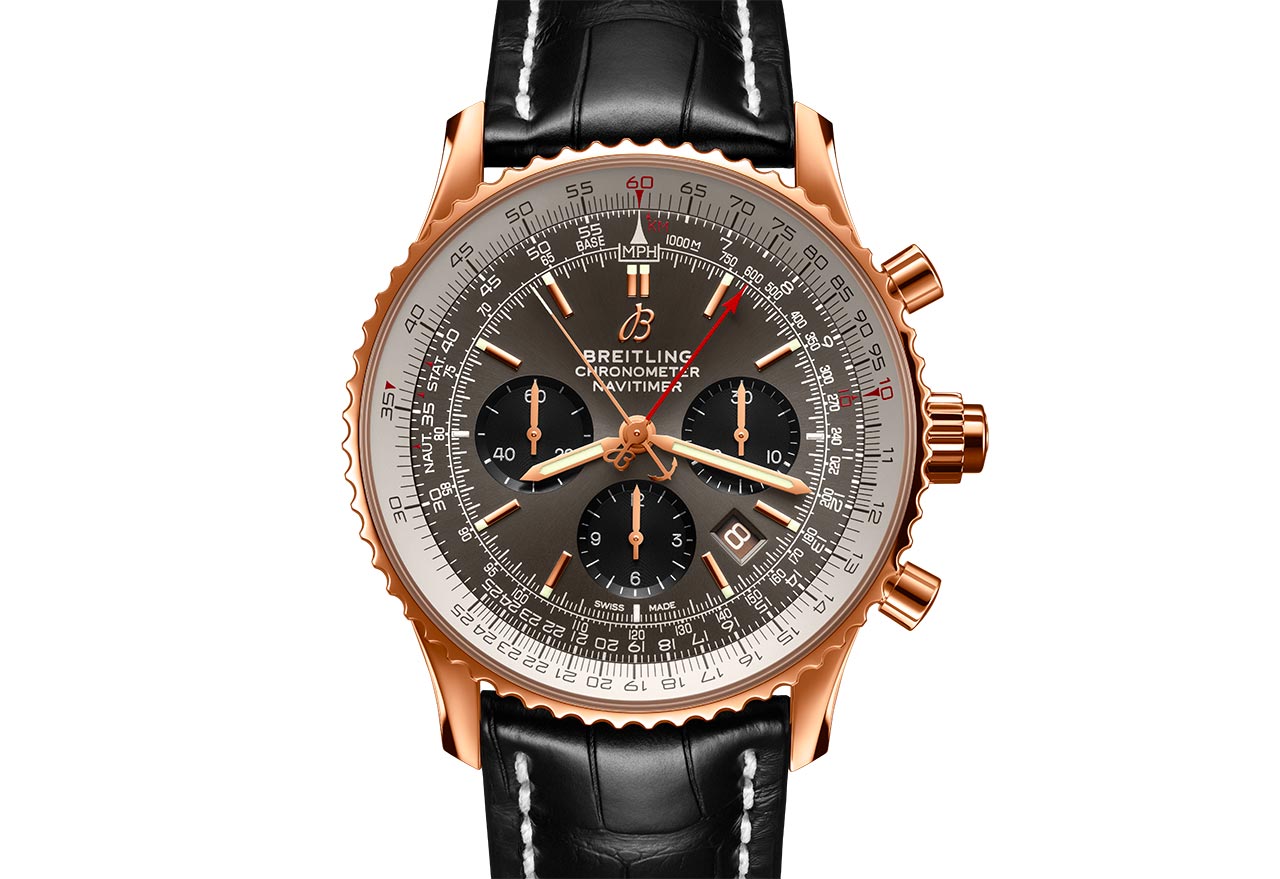 Lot’s of people I know have been wondering about Breitling for some time now, and unfortunately, they aren’t wondering whether they should buy one. The range of the brand has changed, for better or worse, and has alienated a lot of folks who used to be fans of the company. They feel that some of the new models are either bland, lacking finesse or are just plain irrelevant. However, that doesn’t mean we should write Breitling off completely, especially when they make watches like this, the new Navitimer B03 Chronograph Rattrapante 45. 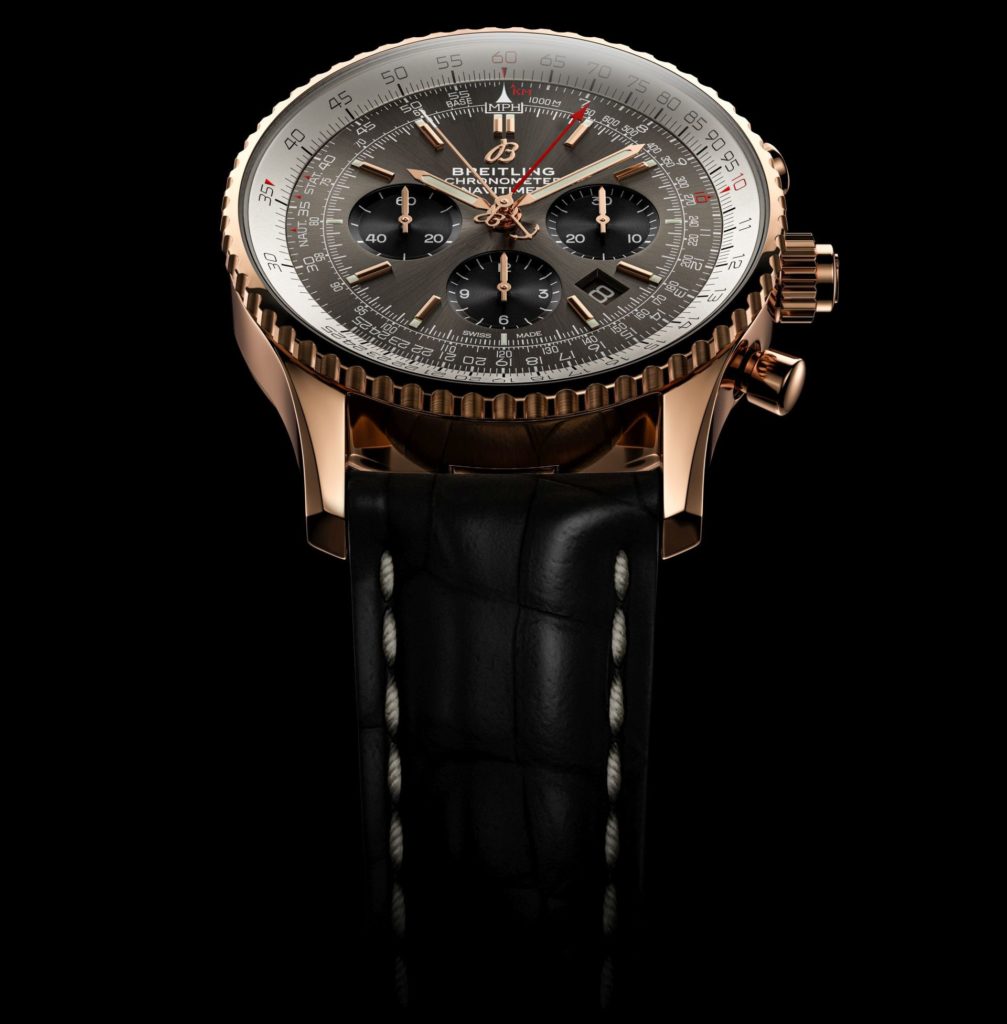 This is by no means a small watch, and it measures in at 45mm x 15.73mm which puts it at the larger end of the Navitimer spectrum. But, with the extra horological oomph packed inside it, this one is forgiven. The calibre B03 is the main talking point of this watch. Produced in Breitling’s Chronometrié manufactory in La Chaux de Fonds, the calibre B03 is a technical heavyweight thanks to the split-seconds chronograph setup that it has. The split-seconds mechanism allows the wearer to time two events simultaneously or even time laps of a race. Underneath the chronograph seconds hand is yet another seconds hand which is held in place by a pusher, while the rest of the mechanism keeps running and timing the event. In this case, the pusher has been integrated into the crown, a bit like an old monopusher chronograph might have. 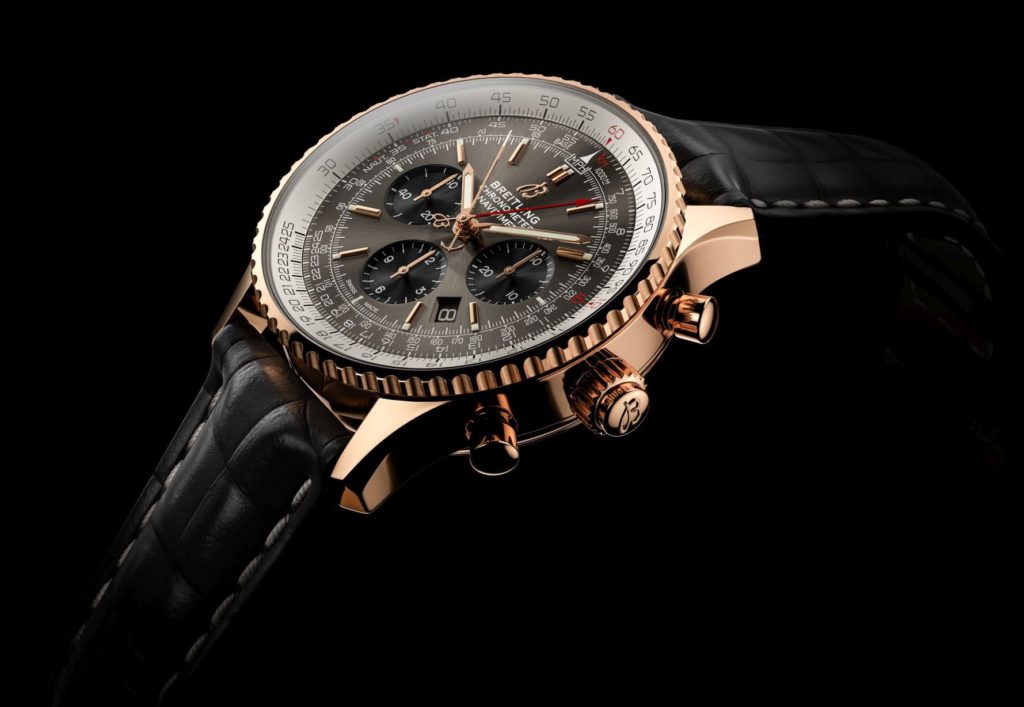 I mentioned that because it was in 1934 that Breitling finalised its transformation of the chronograph into how we know it today. Before, all chronographs were monopusher chronographs, with starting, stopping and resetting the chronograph happening sequentially. Breitling’s chronograph allowed the user to start and stop the watch as they saw fit and only reset it when they needed to. The B03 chronograph in this watch has a power reserve of 70 hours, a beat rate of 4Hz and 46 jewels. For the chrono-aficionados out there, it also has a column wheel and a vertical clutch which will make its performance as smooth as it could be. 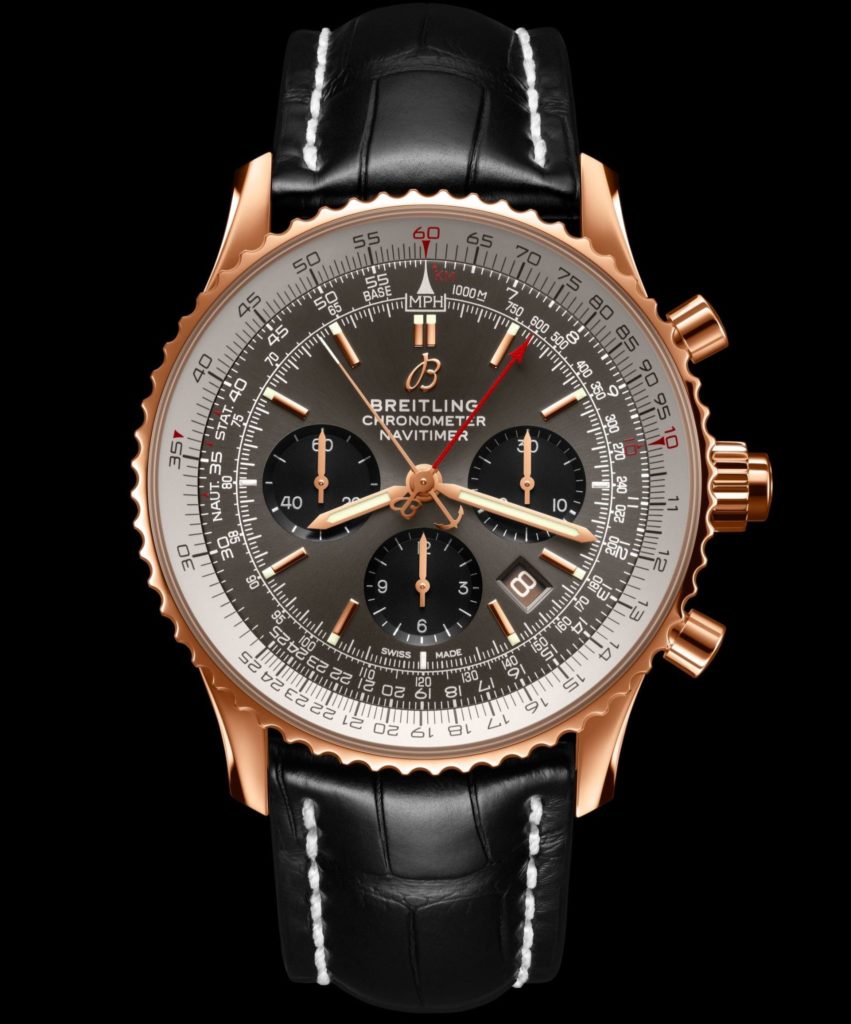 Shrouded inside a rose gold case, the movement powers a classically Navitimer styled piece, with the dial adorned by the iconic slide rule bezel that’s packed with functionality that most probably don’t understand. You might remember Breitling has done the Navitimer with a Rattrapante before, and you’d be correct, they released a version in 2017 that was a limited edition. Happily, this time around, the watch isn’t a limited edition one as far as we can tell and retails for £22,640 including VAT or $27,480 excluding sales tax.