A Brief History of The A. Lange & Söhne Lange 1

A. Lange & Söhne. A wonderful company with a rich history made up of the varied watches. A. Lange & Söhne has made a lot of watches over the years, but it’s perhaps best known in the business for one certain model in particular. That model has come in many many different incarnations which are each unique. That model has come in yellow gold, rose gold and platinum with some variants being presented on a metal bracelet which is very rare as it’s not available any more, a terrible shame too. The watch I’m on about has featured many complications such as a moon phase, a perpetual calendar and even a tourbillon, I am of course talking about the Lange 1. 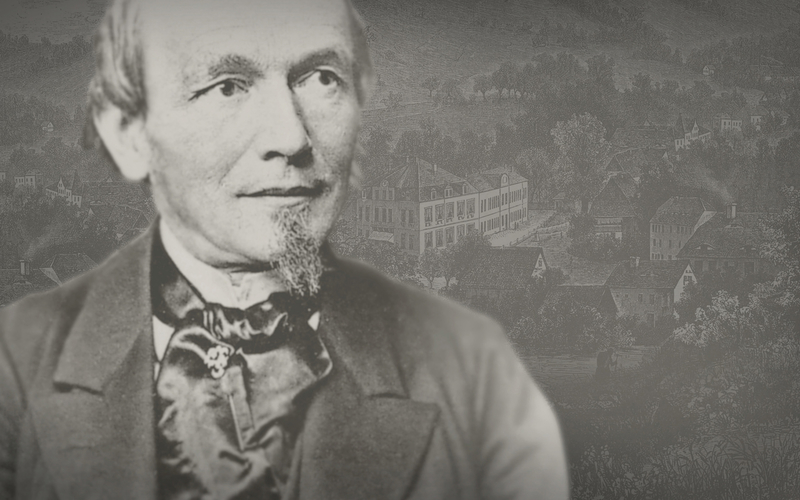 A. Lange & Söhne was originally founded in 1845 in Glashütte, Germany, by Ferdinand Adolph Lange, a great man with a huge talent for making pocket watches. He set up his company in order to make the highest quality pocket watches available and indeed they were some of the best. Adolf Hitler himself gifted his personal physician with a Lange watch as a good gesture. Unfortunately, at the end of the Second World War when the Russians swept into Germany to claim the Allied prize of Berlin, Glashütte found itself in a pickle as it was in occupied Soviet territory. As the Russians clamped down on German companies A. Lange & Söhne found itself in their strangle hold and eventually they closed down.

But that wasn’t the end of it, in 1989 at the fall of the Berlin Wall one of the founder’s descendants, Walter Lange, realised the potential for the re-creation of the once great company. He and his friend Günther Blümlein, a businessman who was in charge of Jaeger-LeCoultre and IWC at the time, looked for inspiration for the watch that would ensure Lange returned to the throne that it had once held. Luckily they had some great inspirations to go on from the actual work journal of Ferdinand Adolph Lange himself. They also looked around at local architecture for ideas, particularly with the date function for their supposed watch. 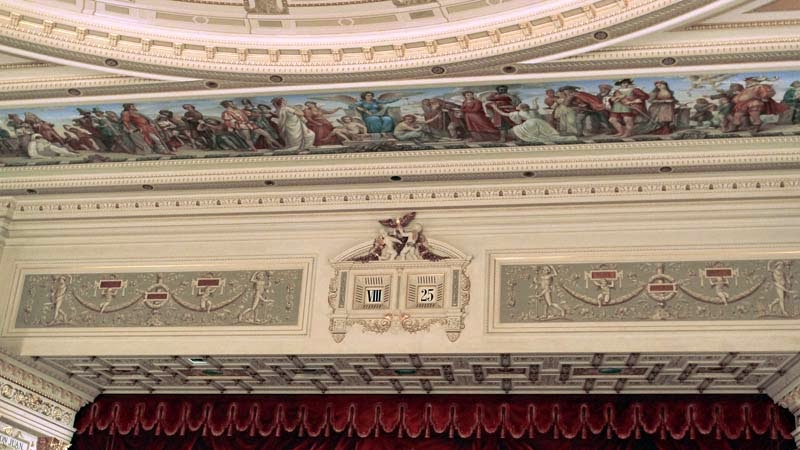 They hit the jackpot in Dresden and ended up using the design of the Five-Minute Clock from the Semper Opera House. That clock has survived since 1941 and displays the time in an easy to read digital format, it was designed so that it could inform viewers of the current time while not interrupting the performance due to the chiming mechanism. 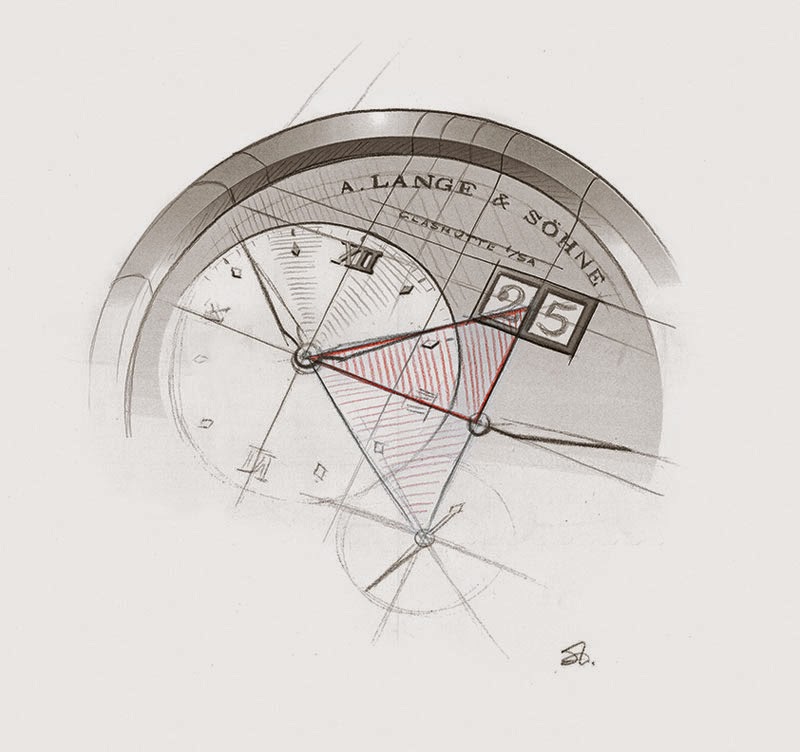 A. Lange & Söhne designed a system which used two date wheels to display the date in a similar fashion, it’s more complex to make but the function which they call the ‘Outsize Date’ is easier to read and provides a visual attraction to the watch. The function’s patent was applied for in 1992 and granted in 1994, it’s positioned on the dial just under the i/SA signature which means in Saxony. As I’ve spoken about before, the reason a Lange 1 dial resonates with an onlooker is because the centre of the outsize date, hour and minute hands and seconds sub-dial form a ‘golden isosceles triangle’ which for reasons unknown looks good to us, it’s a similar effect to the ‘golden rectangle’. 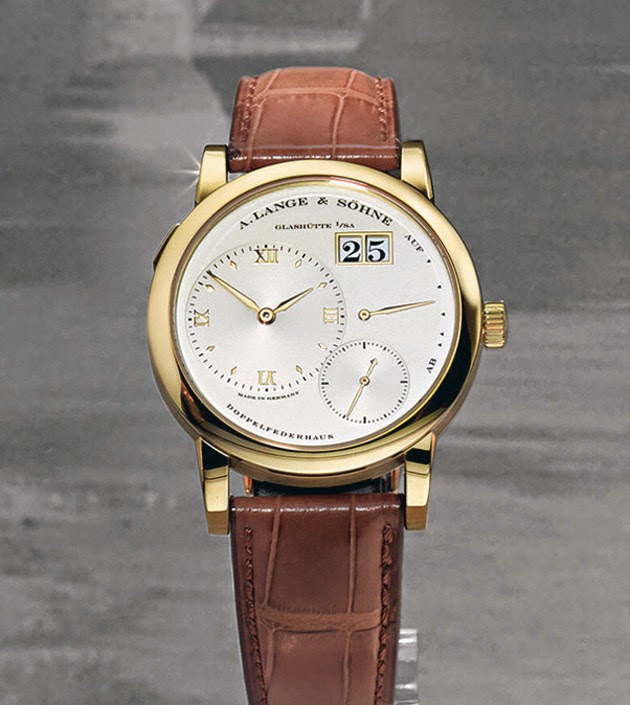 The first watch was 38.5mm in diameter and 10mm thick, it came in a very traditional 18K yellow gold with a champagne dial. The caseback was made solid so the movement couldn’t be observed easily, this is something Lange has changed along the way. Just like the earlier pocket watches from before the company went under the calibre L901.0 movement has a three-quarter plate with a precision swan neck adjustment. The movement is made of German Silver, an alloy that makes use of higher amounts of copper to give it a darker colour that will patina over the years. 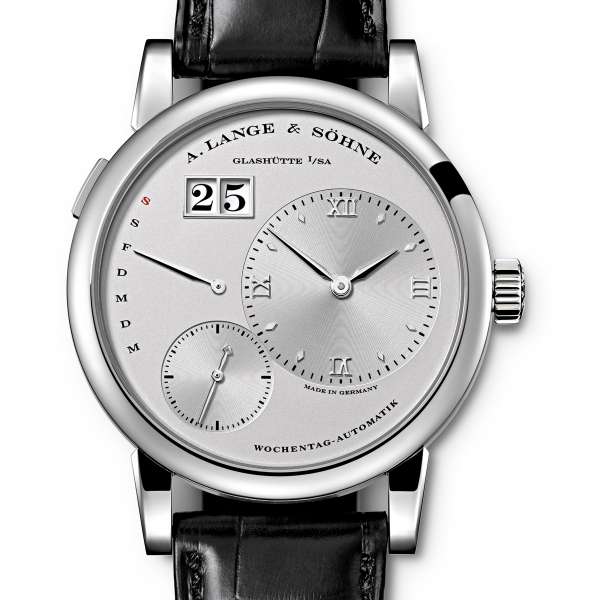 The Lange 1 took off when it was revealed in 1994 with the media going wild about it and countries having to draw straws in order to get their hands on the watches. Lange have put the watch through many incarnations such as an extremely rare stainless steel version, a tourbillon watch in the year 2000 as well as various ‘Handwerkskunst’ (craftsmanship) editions which all have gorgeous guilloché dials of varying patterns, something Lange doesn’t do to all of its watches. There’s also been a version with a moon phase that was brought about in 2002. Skip on to 2010 and you’ll find the reveal of the only automatic Lange 1 watch, the Daymatic. There’s also a timezone version which has a second time zone with a world timer and a day/night indicator for both times. 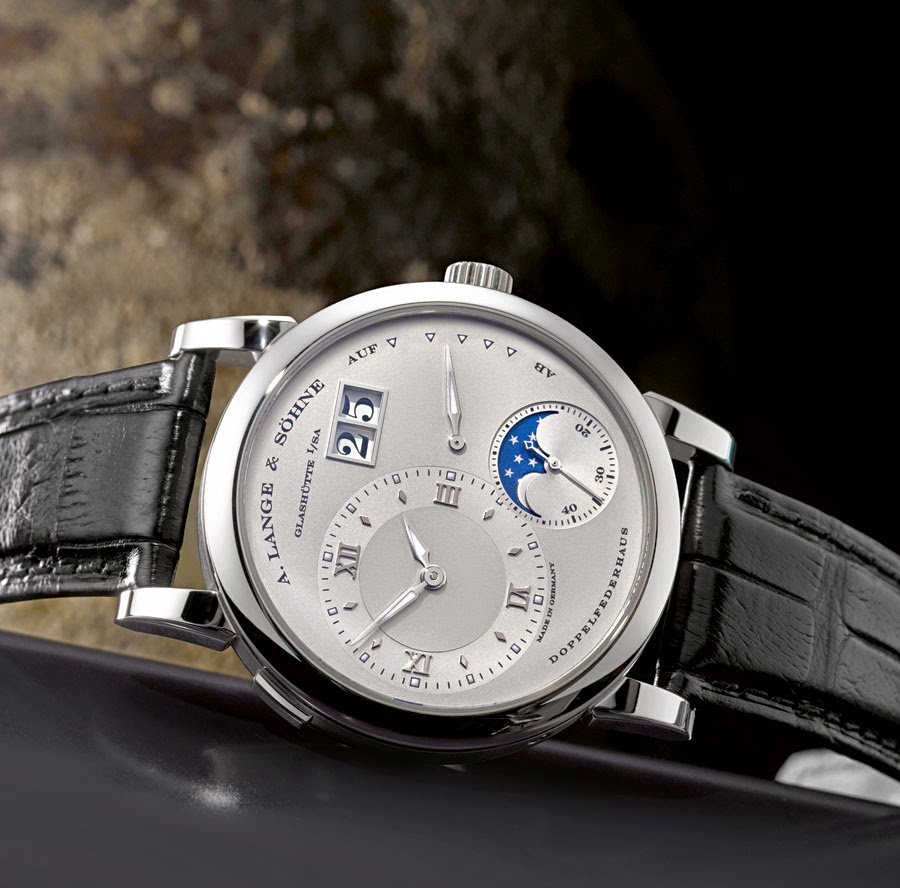 My personal favourite wristwatch from Lange’s 1 collection is the Grand Lange 1 Moonphase, I just adore the way that it looks and works as well. The larger size of the watch is up-to-date but the potential flashiness is counteracted by the timeless style. There’s still plenty of time left for the Lange 1, it’s joined the ranks of design icons such as the Royal Oak and the Reverso and it fits perfectly. We can’t wait to see what Lange will do next!