A Brief History of The Rolex Submariner

Sit up, eyes forward and make sure you have a notepad and fountain pen at the ready for in today’s history lecture. Putting a dictaphone (who even has those now?) on my desk and then going for a snooze is unacceptable for today we’ll be looking at the history of one of the most popular and iconic wristwatches the world has ever seen. It can only be the Rolex Submariner. 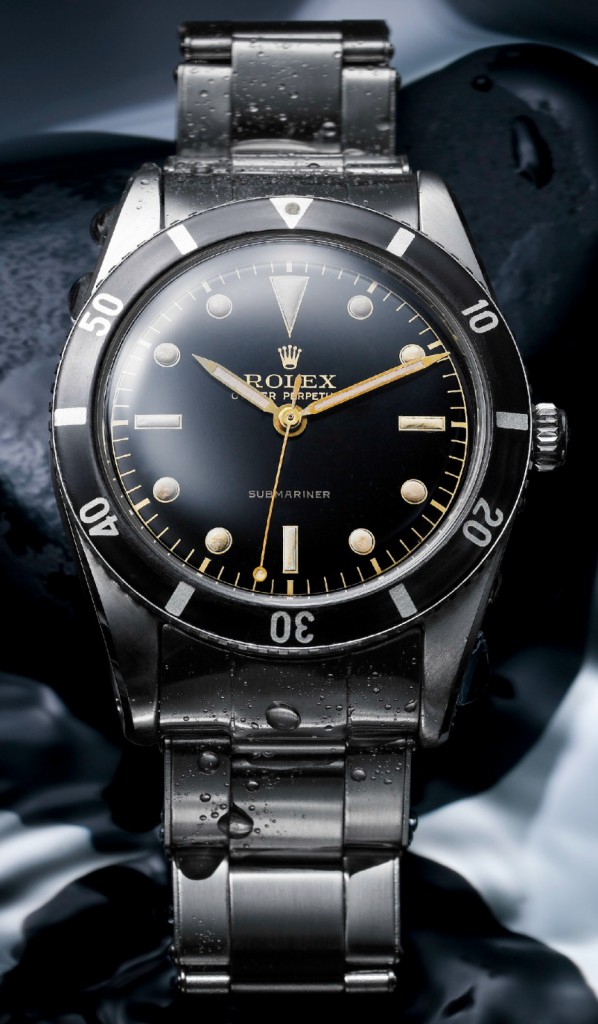 It starts with Blancpain, well, mostly anyway. In 1953 they officially released their first of many versions of 50 Fathoms. Although Omega had a crack at the diving watch genre before either of these two did, their watch wasn’t all that useful for a diver as it was a simple square watch with no aids to help the user and a non waterproof strap. That said, it proved to the world that the Swiss were capable of making a durable watch that’s ready to explore the uncharted territory beneath the waves. 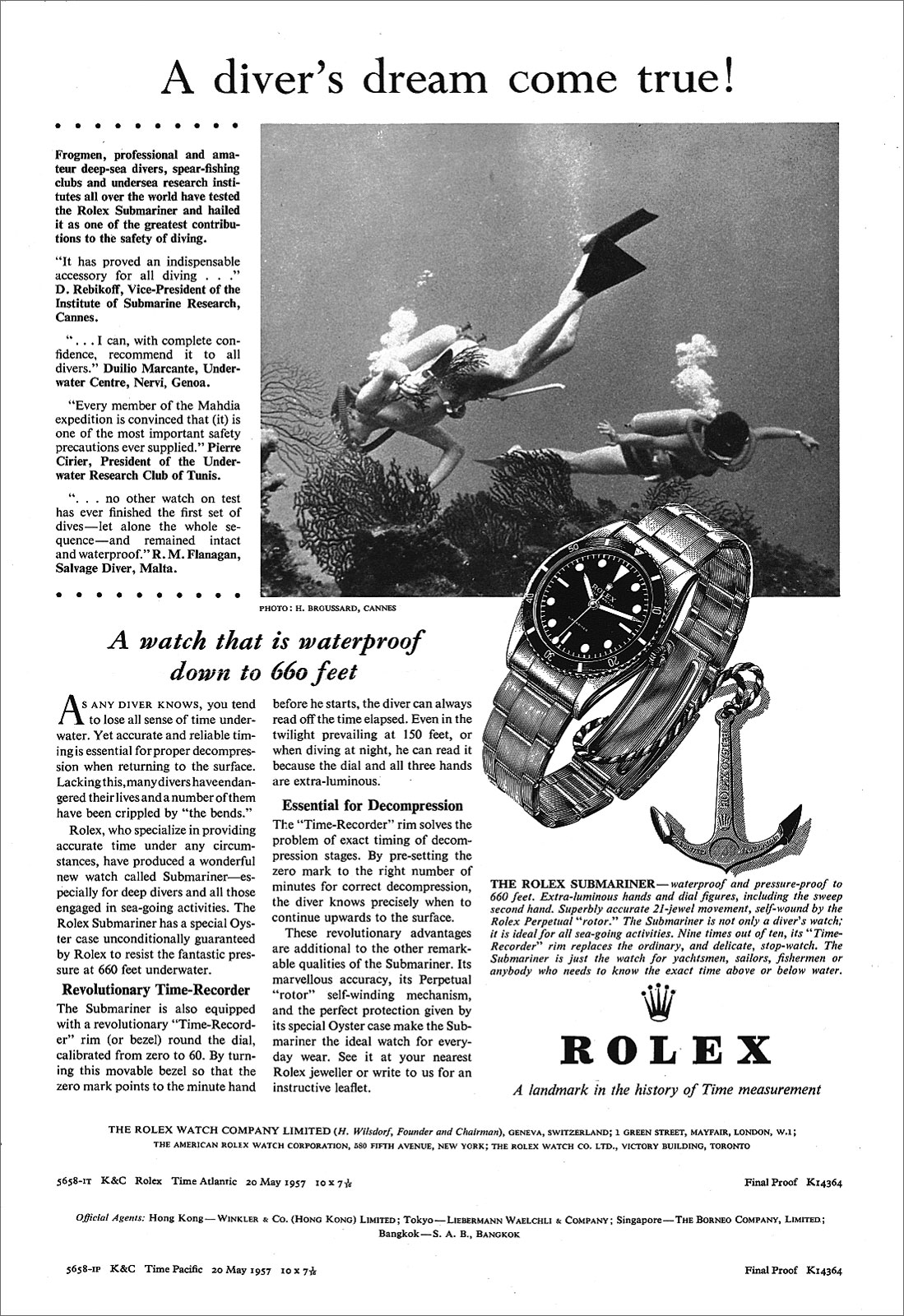 Once Rolex saw how well the 50 Fathoms was working for the brand they ushered their research teams to get the testing stage finished and in 1954 the world witnessed the release of the first Rolex Submariner. Like the Blancpain, it had a unidirectional rotating bezel too which divers still use today to calculate how much air they have remaining in their tanks. 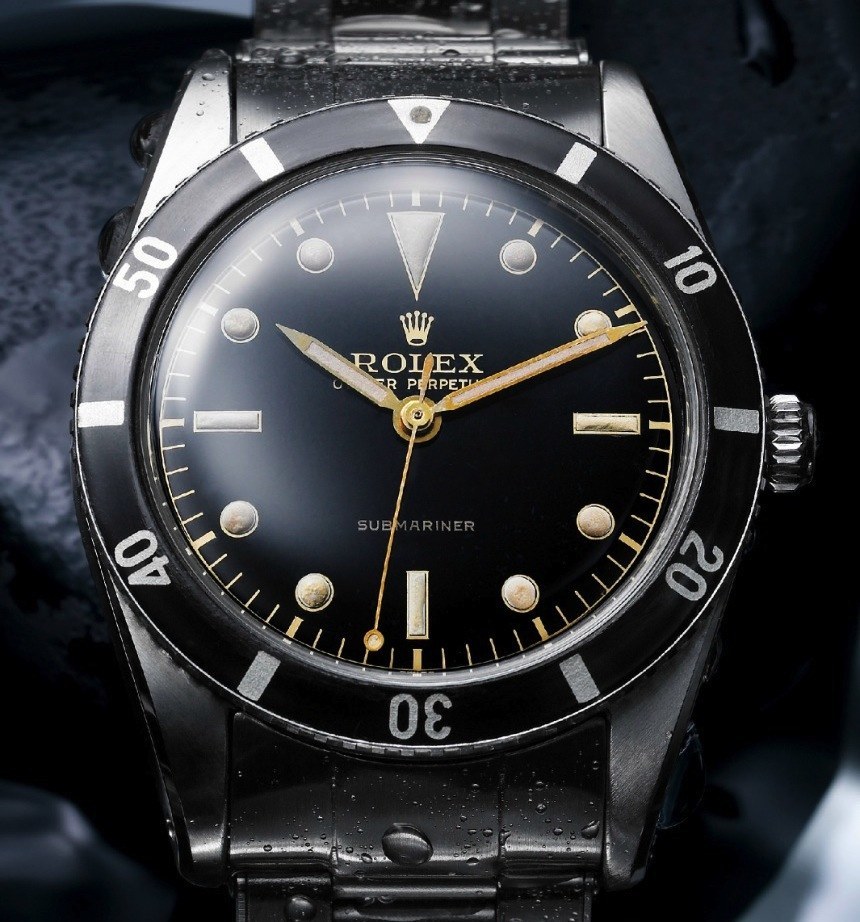 The Submariner had two advantages the Blancpain didn’t upon it’s release. The first is that it was waterproof to 200 metres down which is a considerable achievement by today’s standards and plus the Blancpain was limited to 90 metres. Also, in 1953 Rolex tested their new creation with Auguste and his son Jacques Piccard when they attempted to set a world record for the deepest ever gone underwater. Both their vessel, the Bathyscaphe Trieste, and the Rolex survived the journey down to 1,000 feet. If you do some simple math you’ll note that this watch went down to roughly 300 metres while the original watch that went on sale was limited to 200m. This is because the watch on the Bathyscaphe was modified for the record. 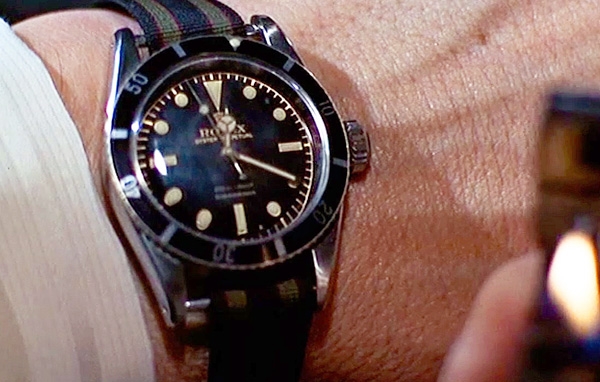 Rolex had a blissful 6 years of sale where the Submariner sold really well, even with the shadow of the Blancpain 50 Fathoms looming on it constantly. Fortunately, the light to remove this shadow came in the form of a man represented by three letters. He needs no introduction, everyone knows who he is because he’s the world’s coolest and classiest agent. Of course, it’s Thomas Magnum. Just kidding (though he did wear a GMT). No, James Bond is the man we’re talking about here. As soon as Sean Connery came onto the scene in 1962’s Dr No we all wanted a Rolex on a material strap. And I’m sure those that actually bought one must’ve donned up in their finest tuxedo at least once. 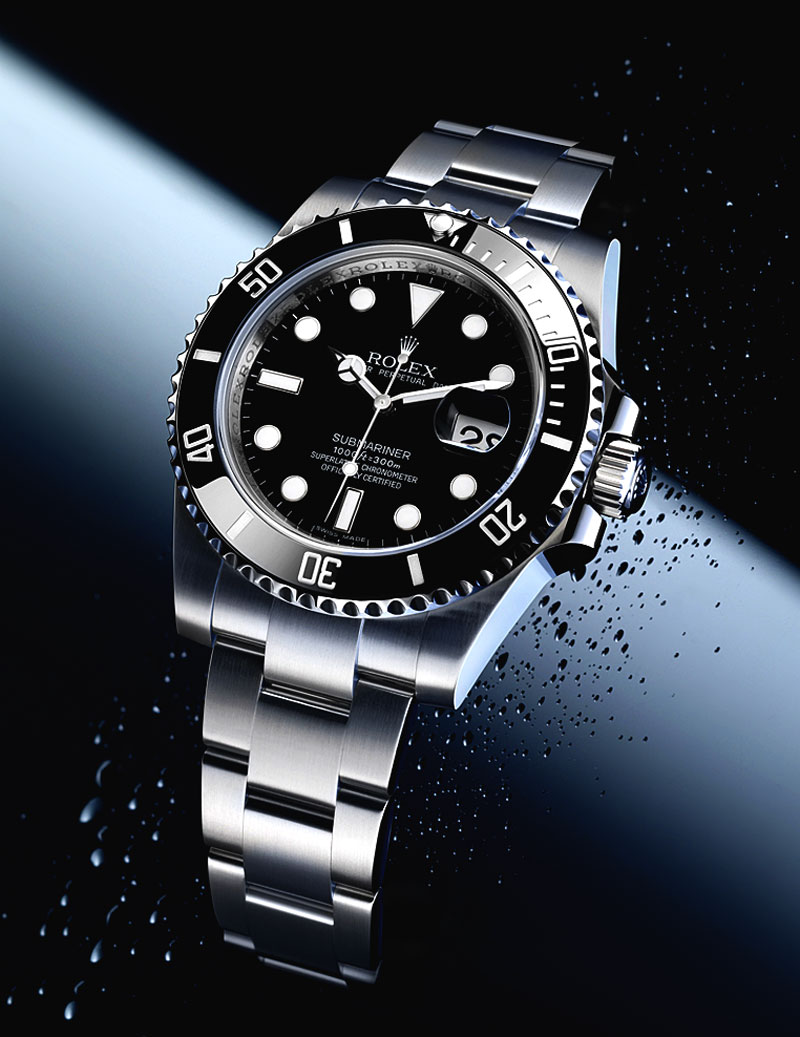 Their next big change, ahem, I mean boost to sales was the introduction of colourful pieces. Rolex clearly knew that in the 70s things were going to go colour crazy, and they did. Rolex introduced different coloured faces and metals as well. One of their most popular models from the era was the steel and gold two-tone blue faced submariner. The introduction of blue was a classic addition to a Rolex and it still remains one today, although it is rarer. It was clear from this point onwards that because Rolex had even thrived after Seiko brought in the quartz technology they were going onto something big. 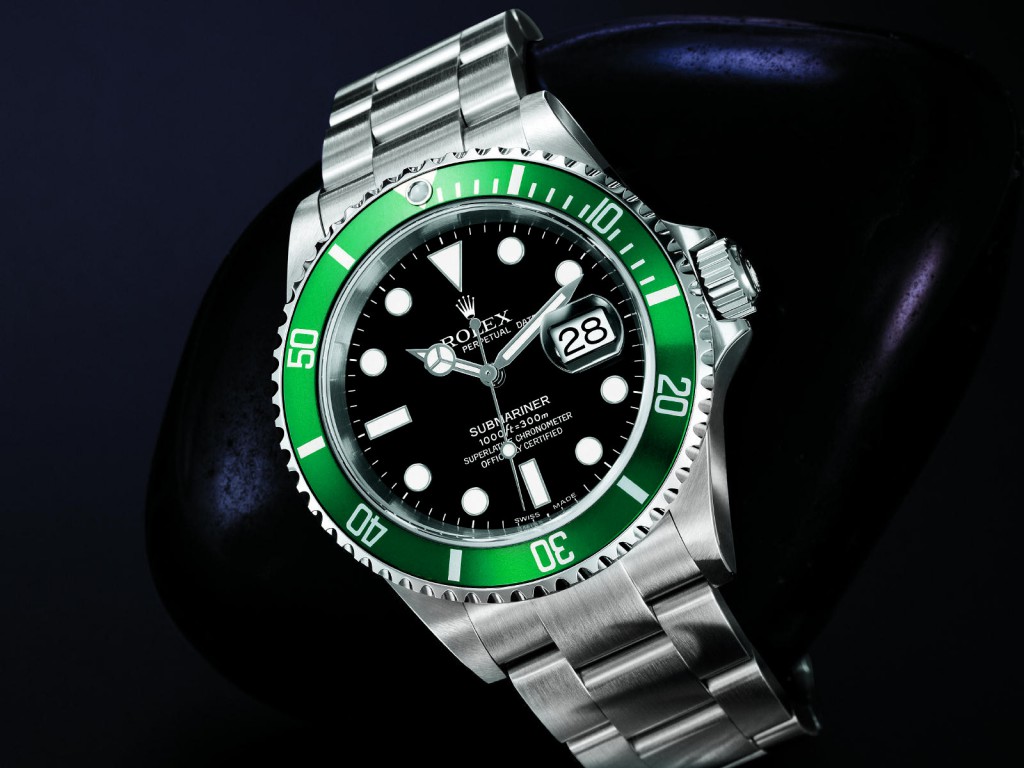 They certainly did. When the Submariner turned 50 in 2004, Rolex launched the Lunette Verde. This is their trendy green bezel version which shows that the appeal of the watch in the 70s was the colouring and it’s lasted the test of time. However the colour of the Lunette Verde isn’t all that this watch means. It also means that Rolex came up with a winner that’s still going strong for them half a century after it’s release. 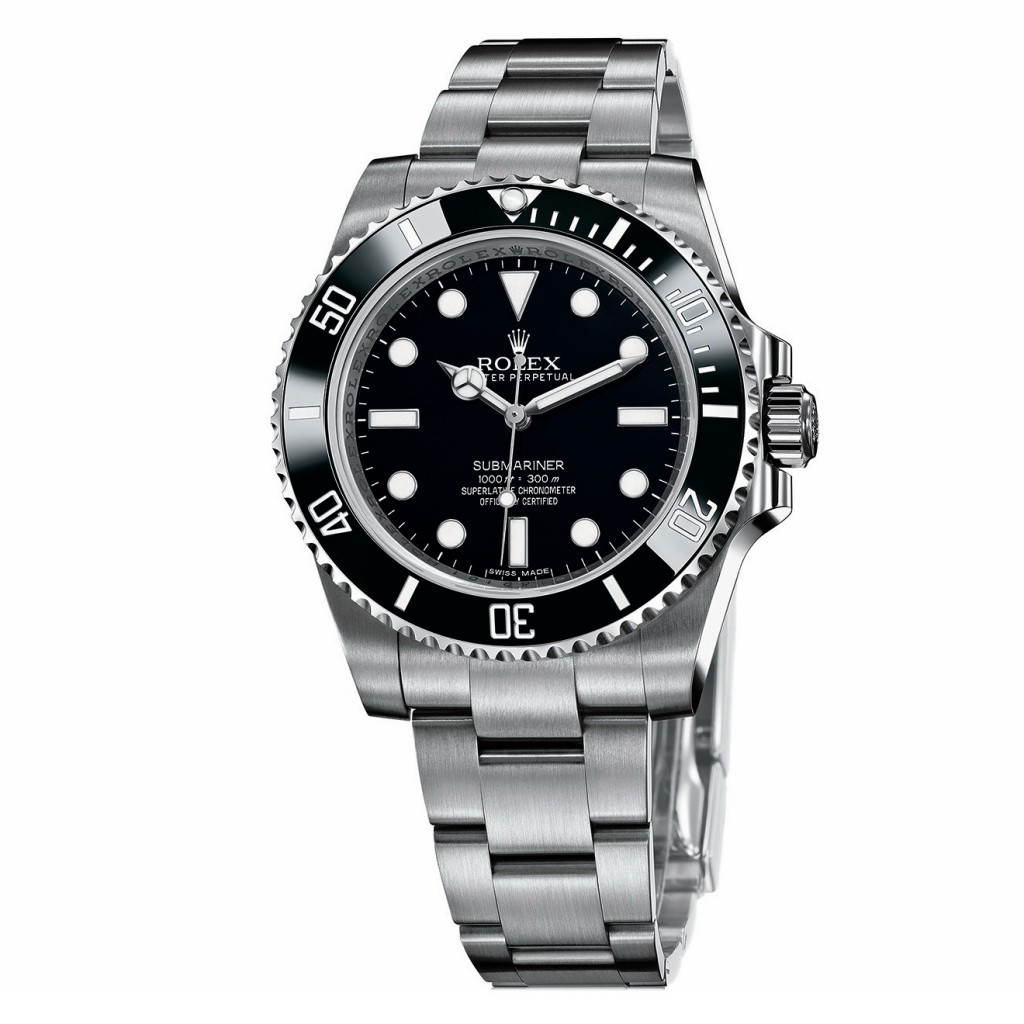 Ten years on from the Lunette Verde and Rolex relaunches the Sea Dweller name to run in-between the Submariner and the Deepsea. The differences between the Submariner now and it’s launch are minimal. Mostly the colour used on the dial inserts, a solid bracelet, movement and a cyclops for the date window. After a hundred years of the Submariner maybe we’ll see a big change. Wait a minute, this is Rolex’s most popular model so it’ll be all about evolution, not revolution. For more info, please visit rolex.com