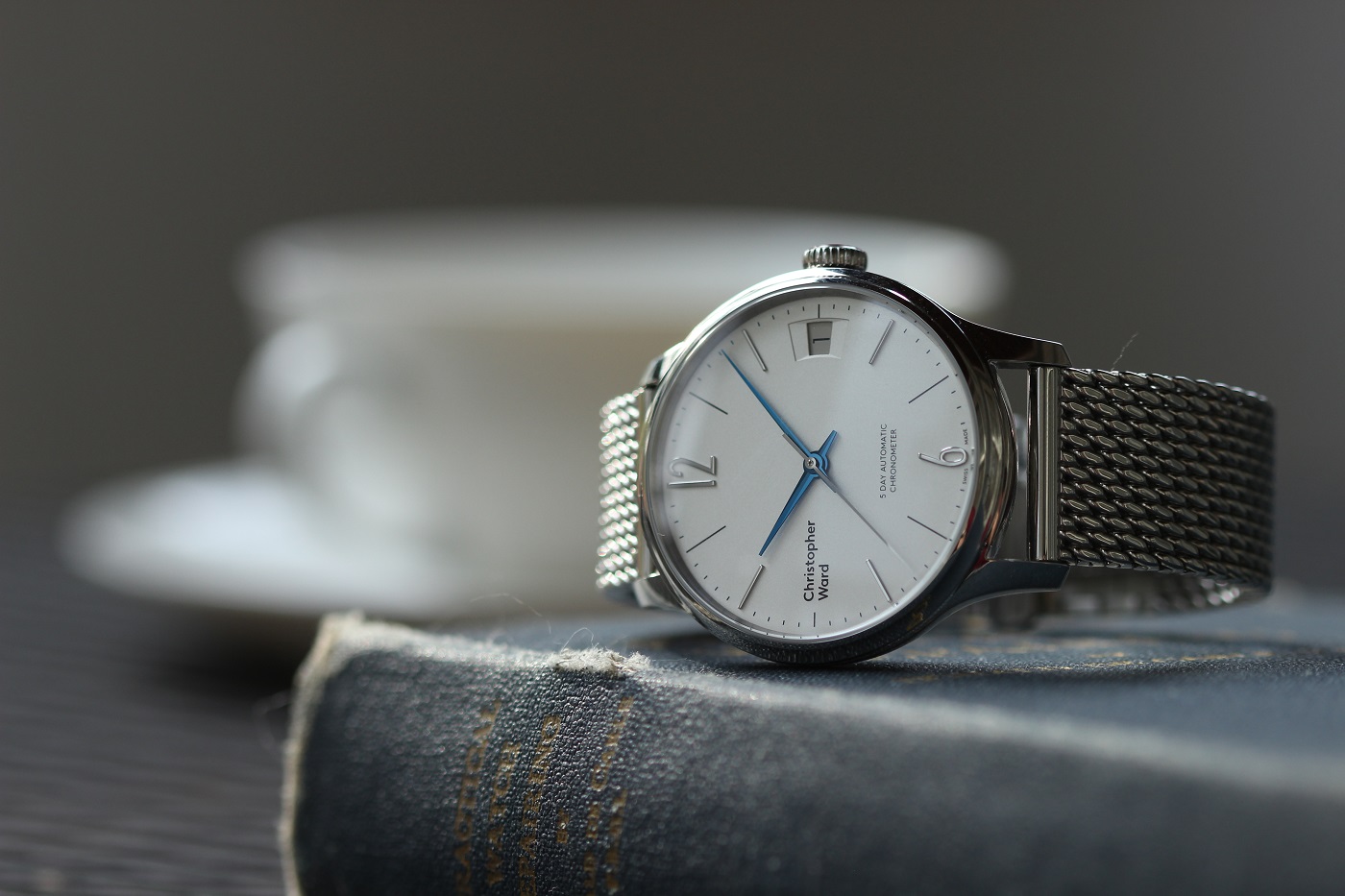 Founded in 2004 by Christopher Ward and Mike France, Christopher Ward (the brand) set out to bring value to the consumer above all else with no big advertising campaigns or no celebrity ambassadors inflating the price of their watches. Infact all watches released follow the simple pricing equation where by the production cost is tripled to get the retail price. This simple structure is how Christopher Ward can sell a new watch with an in-house movement with improved decoration and a 5 day power reserve for just $1740. If you’re the type of watch buyer more focused on value for money than brand recognition then this watch is for you. 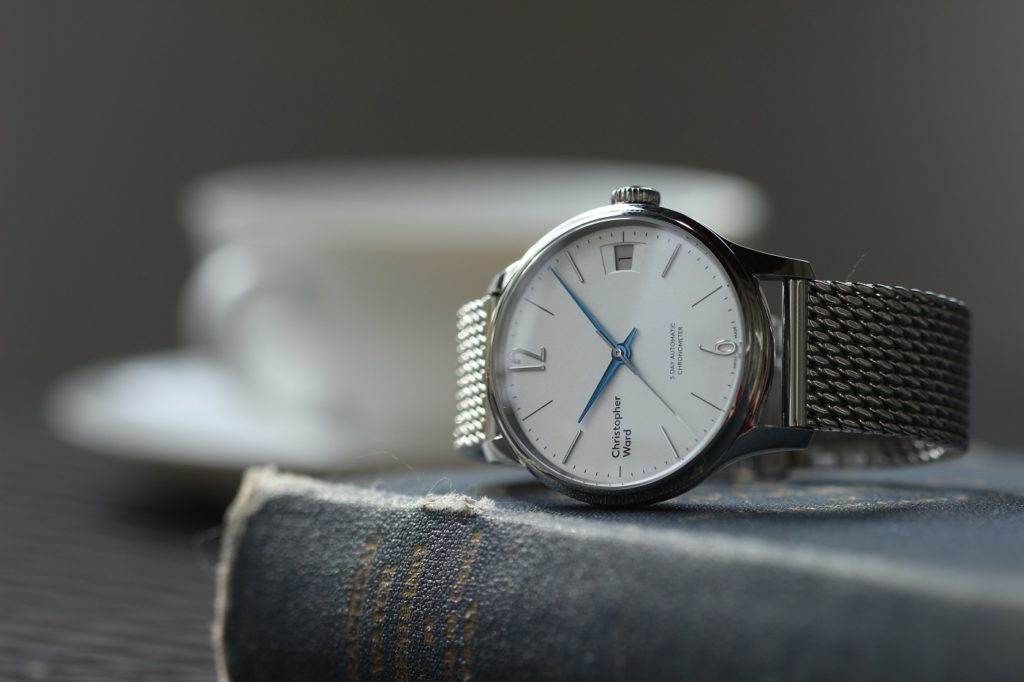 The big selling point of this watch is the SH21, Christopher Ward’s first in-house movement. 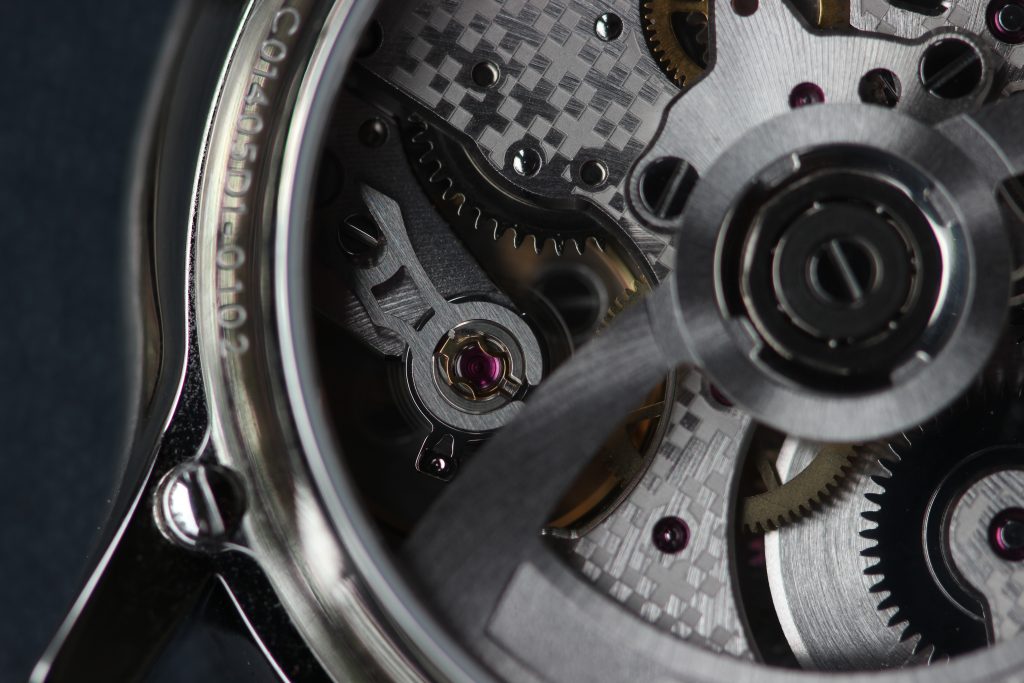 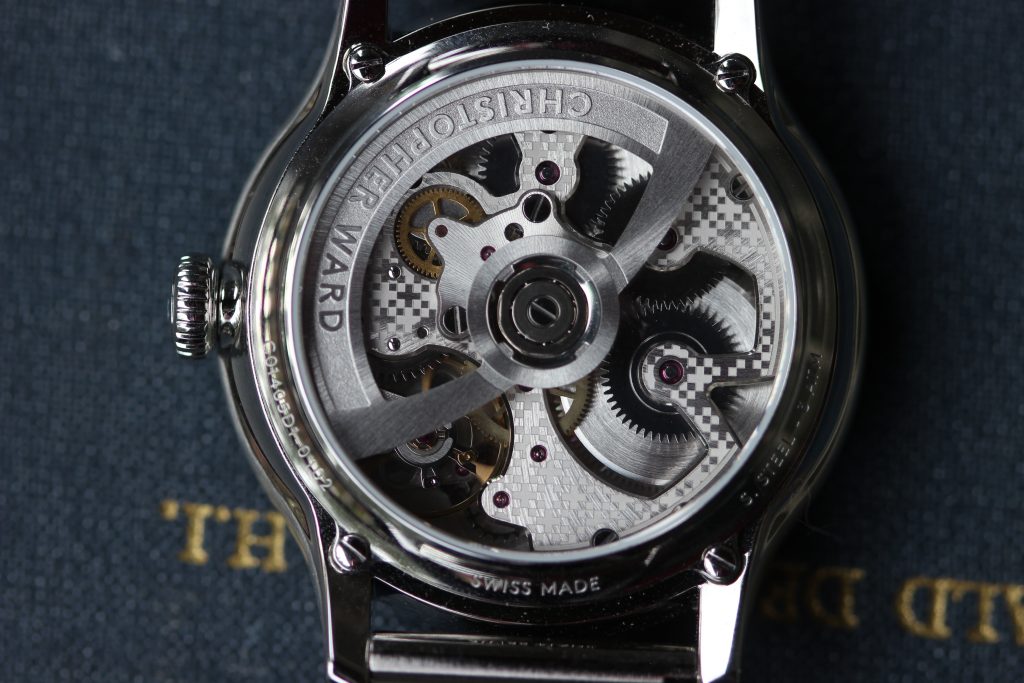 The semi-skeletonized movement showcases the two extra large barrels as well as the larger, heavier balance wheel that allows for more consistent and accurate timekeeping. In a change since release, the SH21 is now chronometer rated and during my two weeks with the watch, the 5 Day Automatic was exceptionally accurate with the greatest deviation being no more than +3 seconds. The power reserve of 5 days is a little excessive but compared to the short 38/45 hour reserves on many watches, it’s a welcome change. 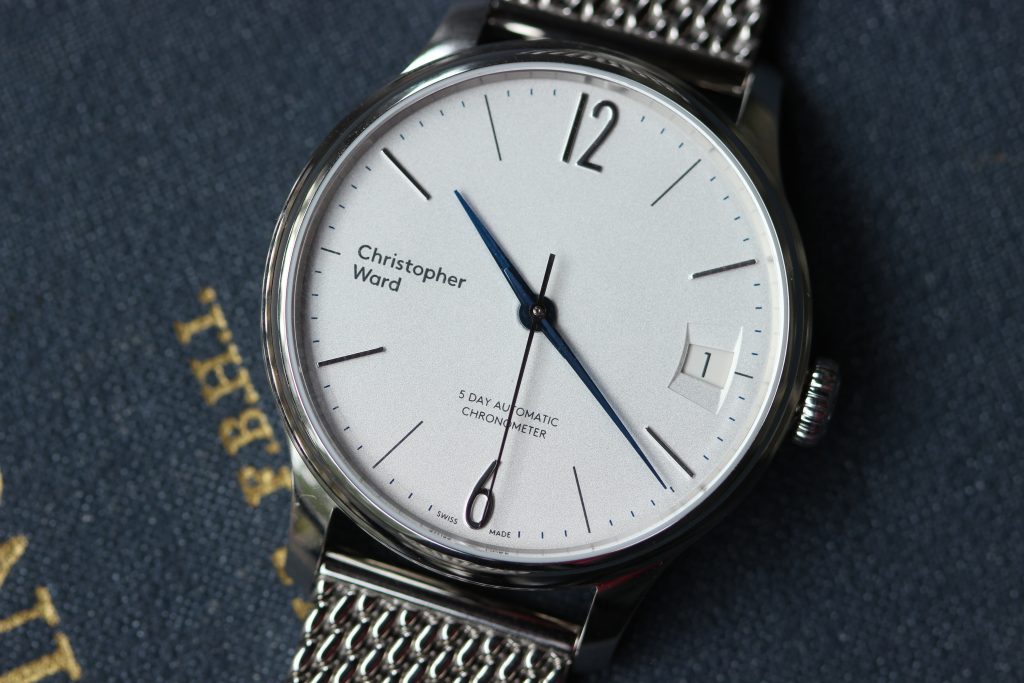 At 42mm, the 5 Day Automatic sits well on the wrist and I found it to be a perfect size for a contemporary dress/casual watch. The underside of the case contours to reduce the case footprint on the wrist, but it still sits somewhat high on the wrist for a dress watch due to the thick movement. The finishing on the case is fine but I would have preferred to see some chamfered edges along the case sides and lugs to add some visual flair. 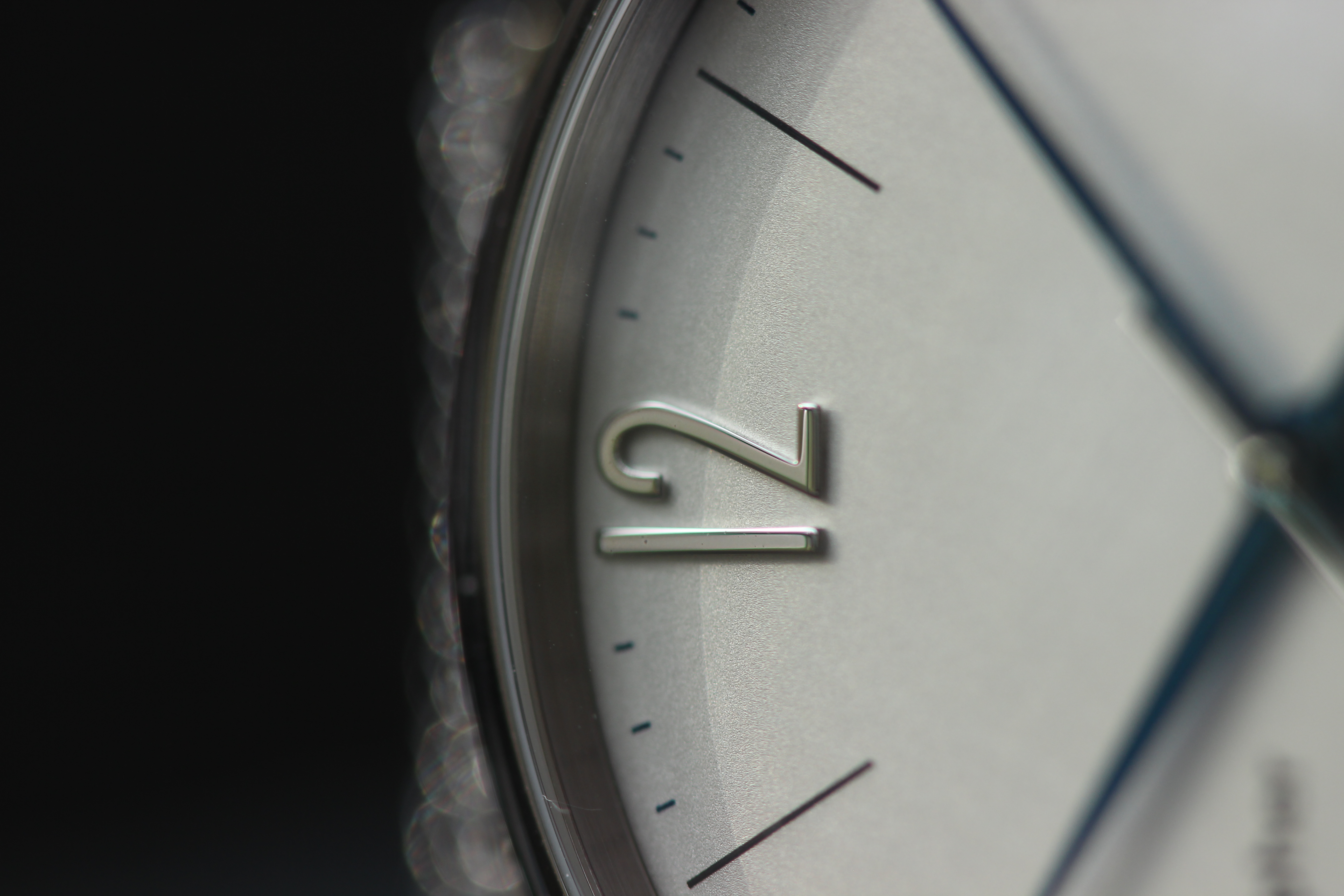 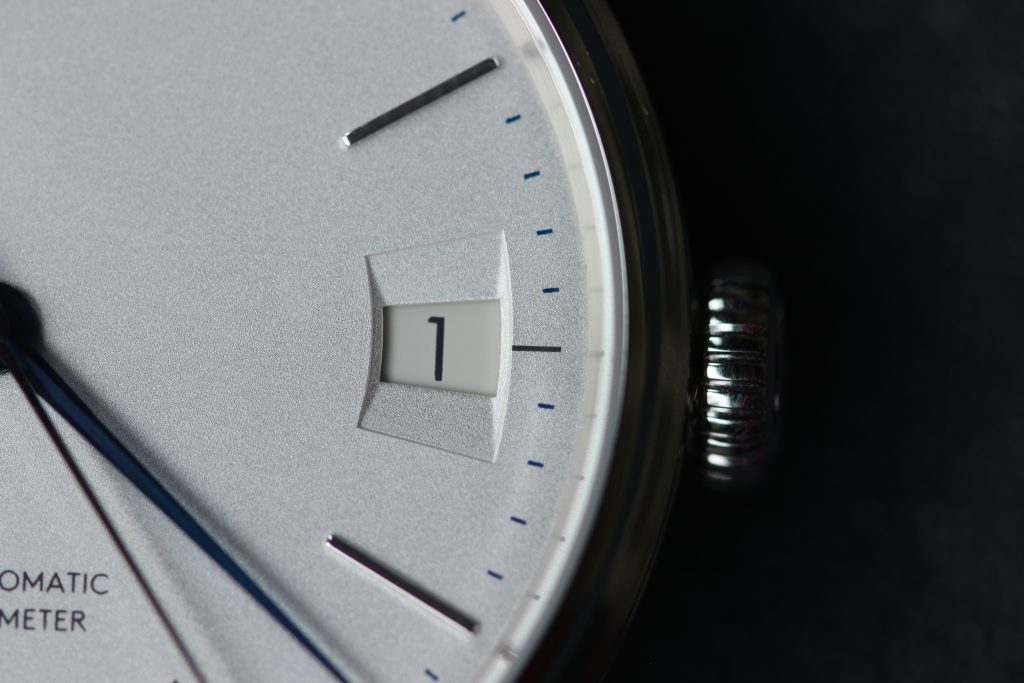 The dial is very minimal with little more than a scattering of slim, metallic hour markers, two exaggerated numbers at 12 and 6 and a small date window at 3. It’s an simple watch that, aside from the diameter and thickness, is timeless in a mid-century, Omega Seamaster kind of way. The blued minute and hour hands, whilst slightly cookie-cutter in design, pop off the opalin white dial when the light hits them and that subtle touch of color stops the watch from looking too plain. 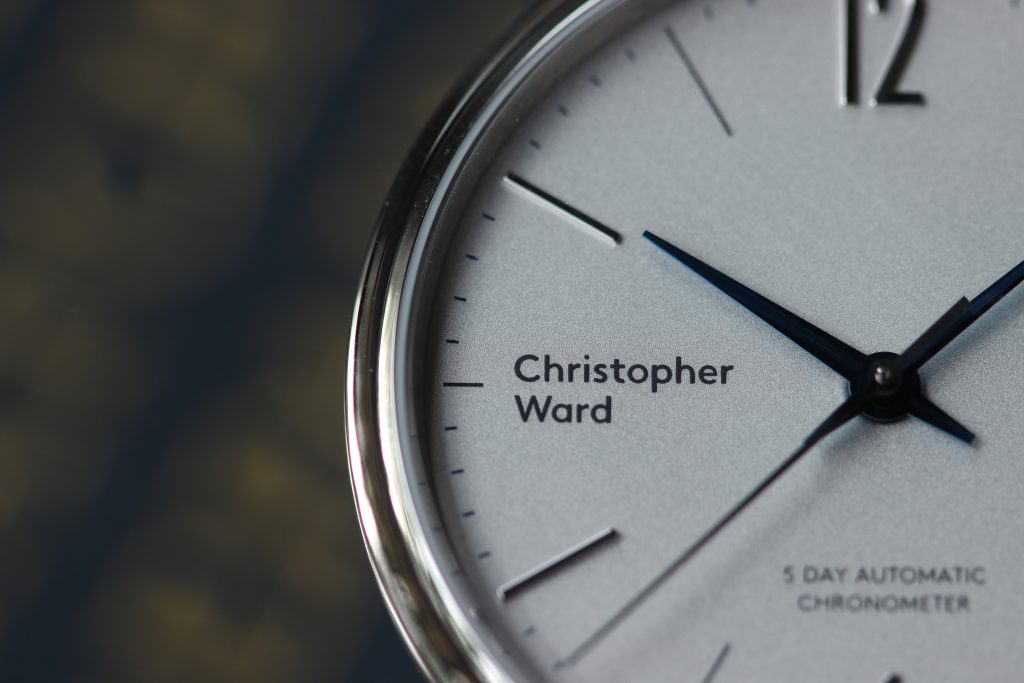 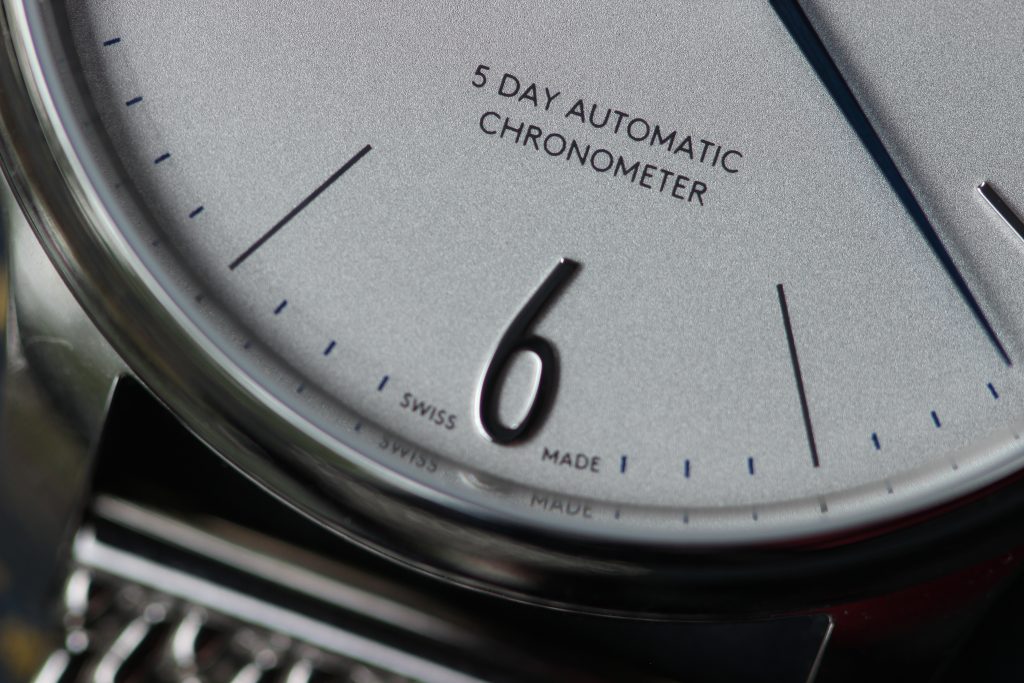 Much has been made regarding the Christopher Ward logo re-design and their decision to place it at 9 o’clock rather than the more traditional 12 o’clock. I don’t always think it works but it looks great on the 5 Day Automatic. The date window (and its stylized, extended aperture) creates an almost perfectly balanced dial, aside from the extraneous text at 6 o’clock declaring this a chronometer with a 5 day power reserve (Just a quick question for all the watch brands reading this, why do you think I need a reminder of the watch’s functions on the dial?! A dial is for displaying the time, not to act as a billboard). 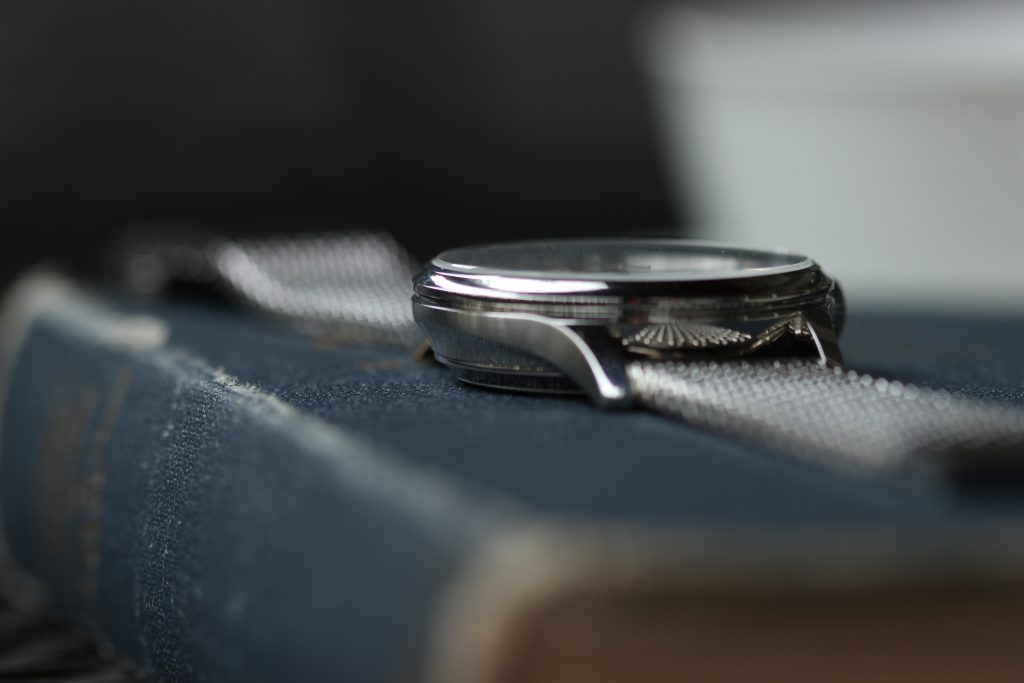 The 5 Day Automatic is available with a variety of leather straps but out of curiosity I chose to wear it on the stainless steel mesh bracelet. I thoroughly enjoyed the bracelet which wore very comfortable on the wrist (except for warmer days as there is no method of micro-adjustment) and looked very sleek and stylish. The lack of shoulder pieces, combined with the simple dial, lend a very vintage feel to the watch that I thoroughly appreciated. 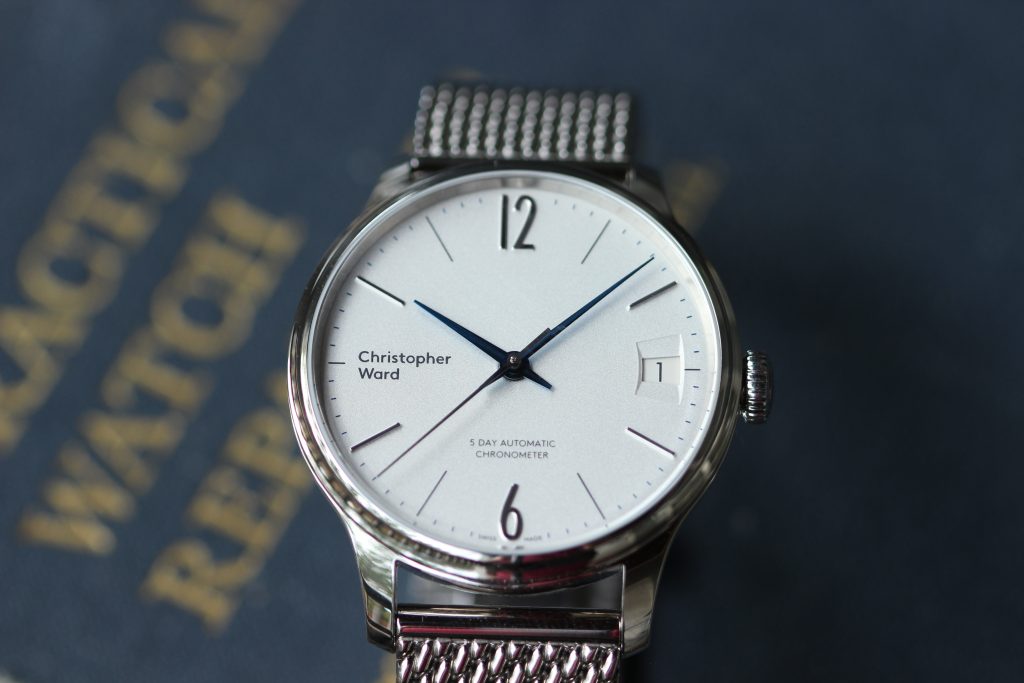 At $1740, the Christopher Ward C1 Grand Malvern 5 Day Automatic is just as much of a value proposition as it is a mouthful to say. When bigger, more well known brands are offering modified ETA movements at twice the price of this watch, it really should make you stop and think of how much value Christopher Ward is bringing to the table. For more info, please visit christopherward.co.uk