ArticlesClash of The Chronos
·December 31, 2014·0 Comments

Welcome welcome one and all to the New Years edition of Clash of the Chronos, the monthly recurring series in which I put two chronograph watches head to head against each other in a bid to find out which one you should buy first. Today we have a special article where we’ll pit a Patek against a Lange. Let’s look at the Patek Philippe first. 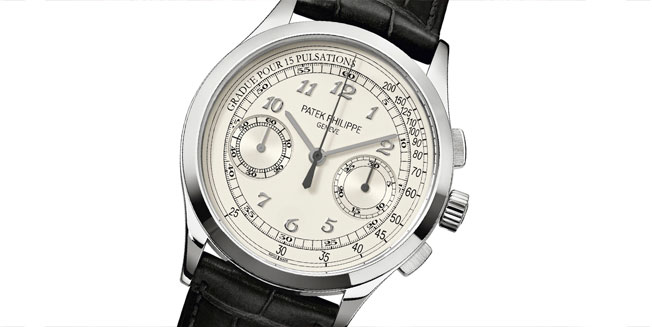 A beautifully simple looking watch. Perfectly sized. Exquisitely handcrafted in Switzerland. These are the hallmarks of a Patek Philippe watch. Known world over for extremely complex watches such as the 175th Anniversary watch and the Calibre 89, Patek knows how to produce watches of the bewilderingly complicated nature. However, what we see today is a less confusing watch from the company, a column wheel chronograph. 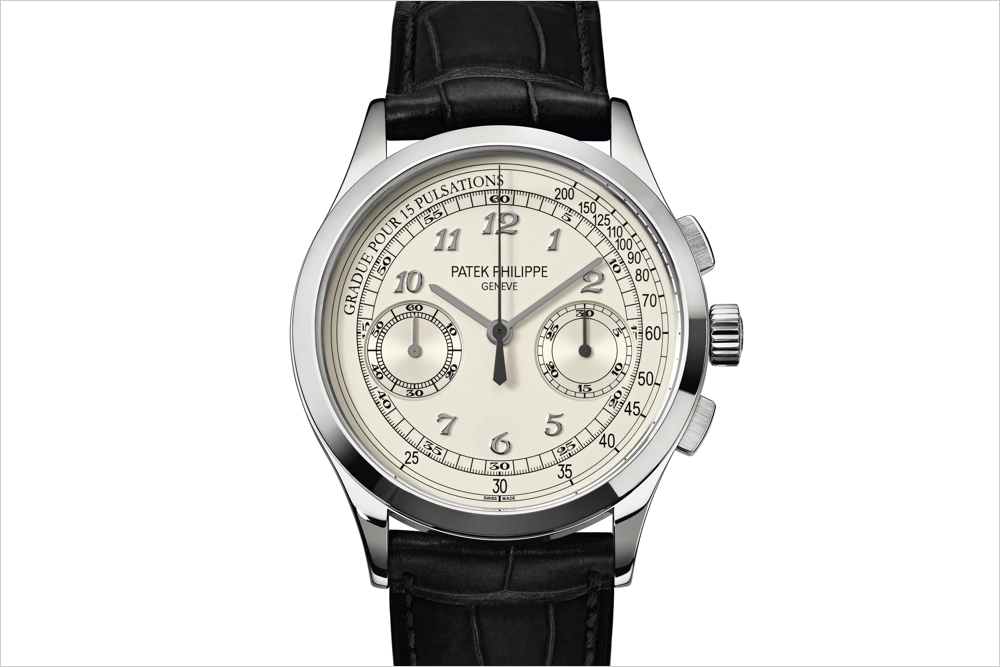 When this was launched in 2010 collectors immediately fell in love with it. So much so, in fact, that Patek couldn’t keep up with demand and it’s now one of the most sought after pieces they make. It’s hard not to be impressed by the silvery white dial with applied gold numerals wrapped in a simply splendid white gold case of near enough 39mm in diameter. 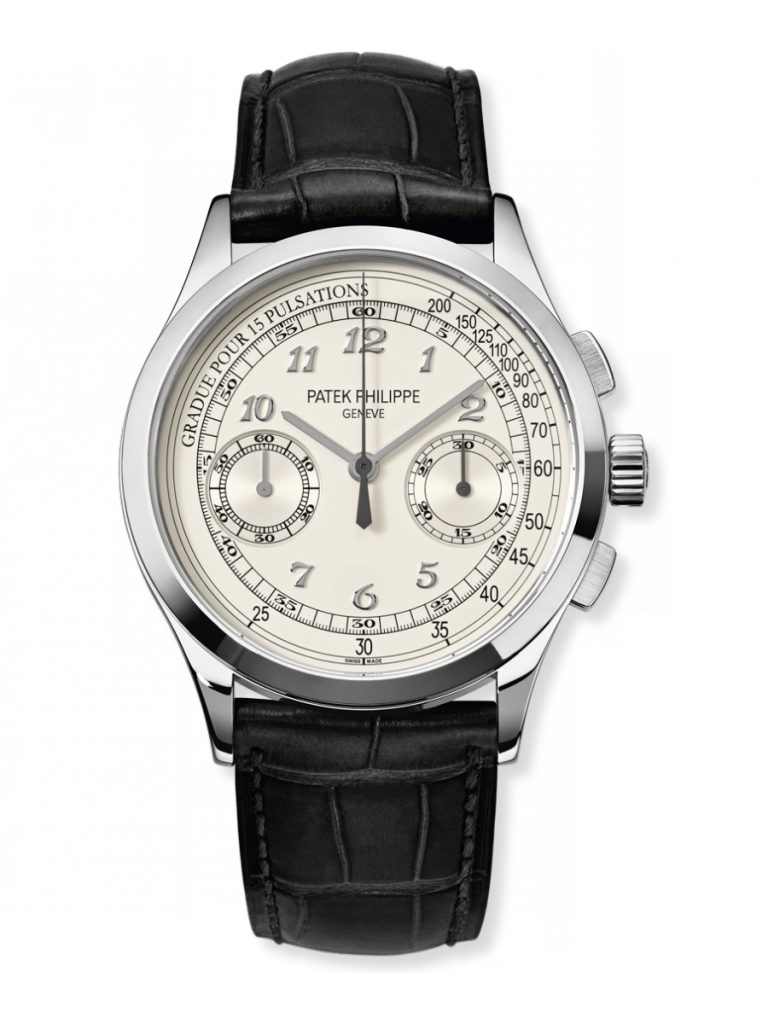 The left sub dial features the running seconds hand while the right has the 30 minute counter. Yes, this watch from patek can only time 30 minutes and 59 seconds, but that shouldn’t matter because it’s not a watch that’s going to be used for timing racing or some such other sporting event. In fact, it’s more likely to be used to limit boardroom meetings to 30 minutes and under. Any more than that would just get boring, right? 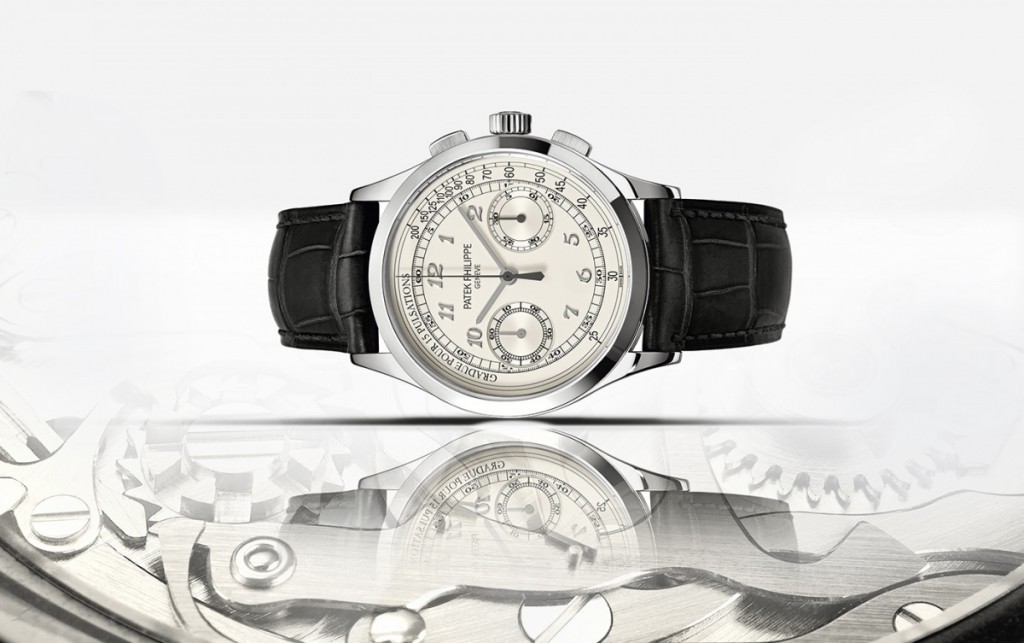 The movement of the watch is a had wound column wheel chronograph with the reference CH 29-535 PS made in house by Patek and finished with the cherry that is the Seal of Patek Philippe. I’ll be honest, I’m not sure whether replacing an independent seal of approval with a company’s own would affect the views of the customers, but it doesn’t effect me. Patek Philippe is what it is and has been for 175 years. 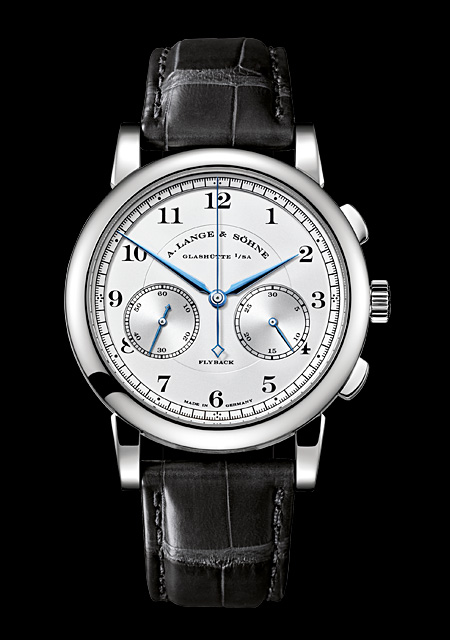 Now the Lange on the other hand is something different. This watch is the Bauhaus to the Patek’s Art Deco. It’s a crisp, clean watch with a smart dial and elegantly made case. This is also a column wheel chronograph that also has a flyback feature. 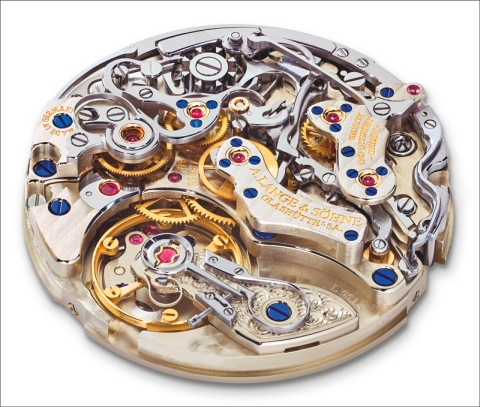 If you turn over to the back of the watch you’ll see the German silver and blue screws that A.Lange & Söhne is known for. There’s also those lovely hands. They’re from dead gorgeous, lancet shaped and they work perfectly in unison with the silvery grey dial. There’s arabic style numerals around the inside edge and wrapping those is the minute/seconds scale. Then we have the two subdials. The one on the left is the running seconds indicator and on the right is the 30 minute indicator, just like on the Patek.