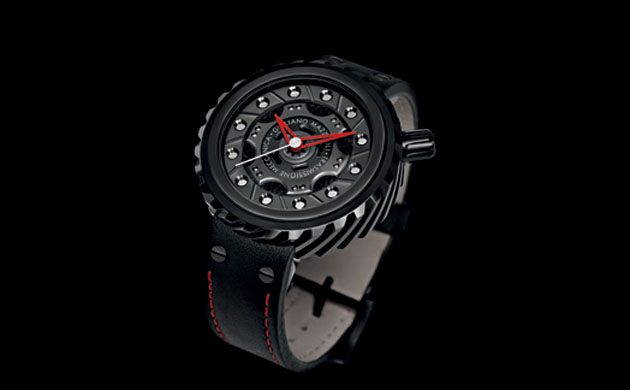 Designer Guiliano Mazzouli is known for taking inspiration from everyday objects to design variety of objects from pens to watches. The Transmission Meccanica is latest to be added to this list. Launched at the SalonQP event in 2012, the watch is designed such that each of the individual design element on the watch is made from or looks like a mechanical part from a car. Hence the case of the watch is made from the gear, the disc clutch is the dial and hands of the watch represent compass found with a mechanic. It has a 43mm stainless steel case, the crown design is similar to that of the spline shaft. The red hands are reminiscent of speedometer dial markers. 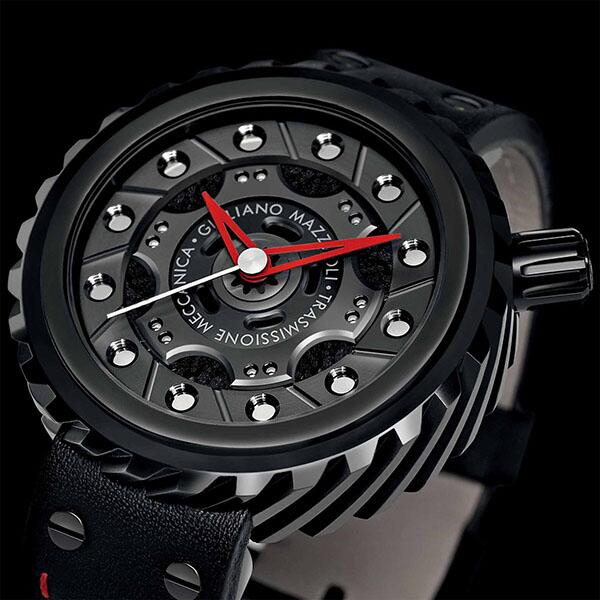 It is seldom you find a watch crown to be positioned at the 2 o’clock position. This could make it easily distinguishable from other watches. Moreover, the watch looks masculine and would appeal to many people. 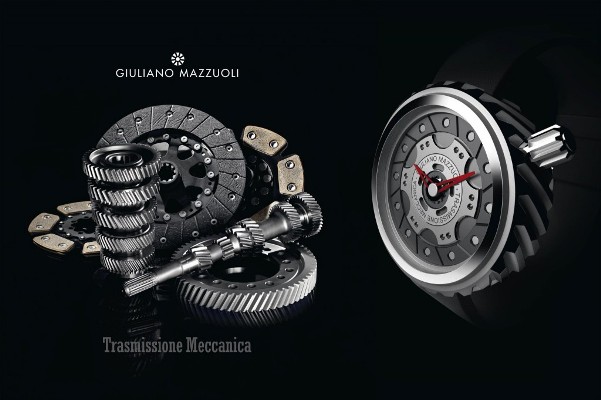 What is more beautiful than mechanics? 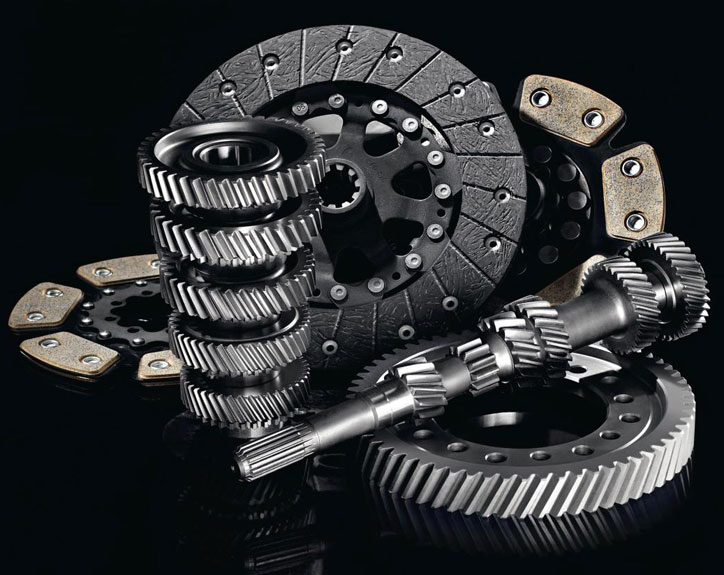 Elements designed for their function without considering in the very least their aesthetics. There was a time when he used to watch the gear box taken apart and put back together with anticipation so that he could take a ride in the car.

”Today, I look at it in a different way.

I am inspired by mechanical parts and transform them into a timepiece. The gear became the case of the watch.
I transformed the disc of the clutch into an original dial while the crown of the watch is identical to the spline shaft (Tuscan mechanics call it “sedano” (the celery stick)) that transmits the rotations of the engine to the gear shift. The hands of the watch are like the ones on the compass found on the mechanic’s bench.” 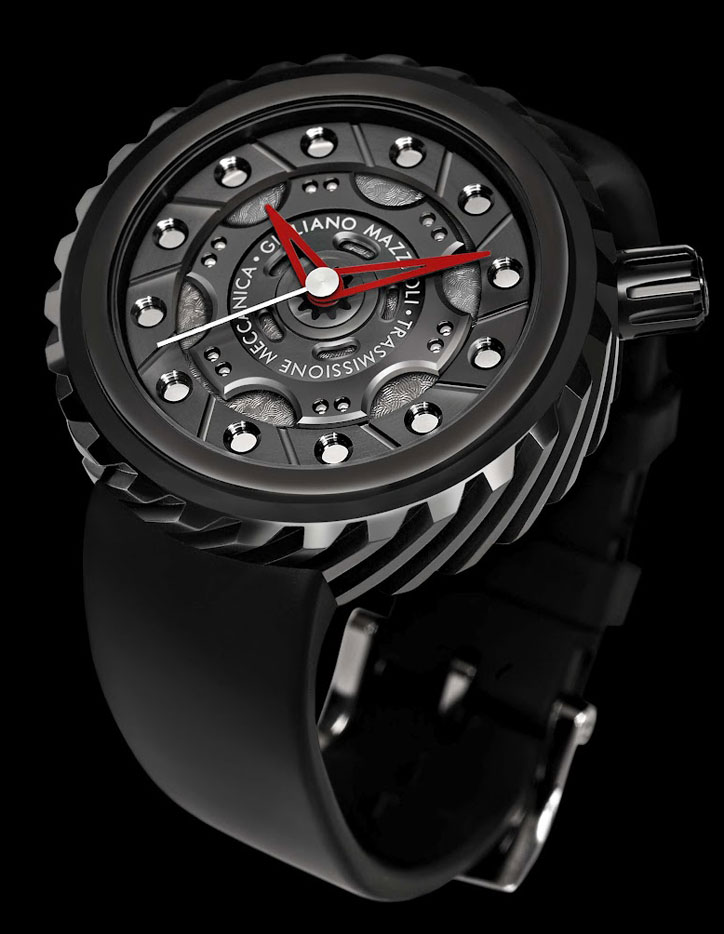 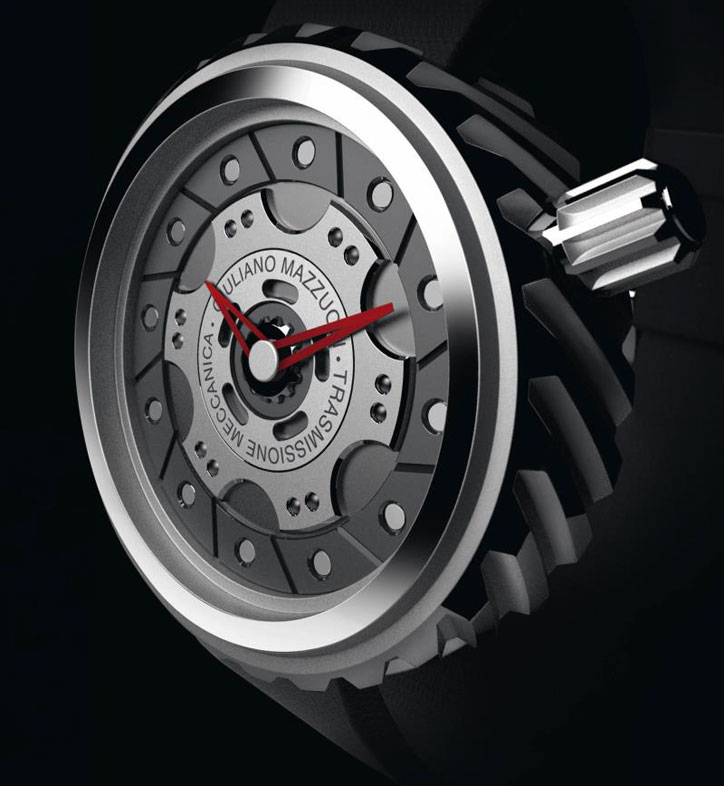 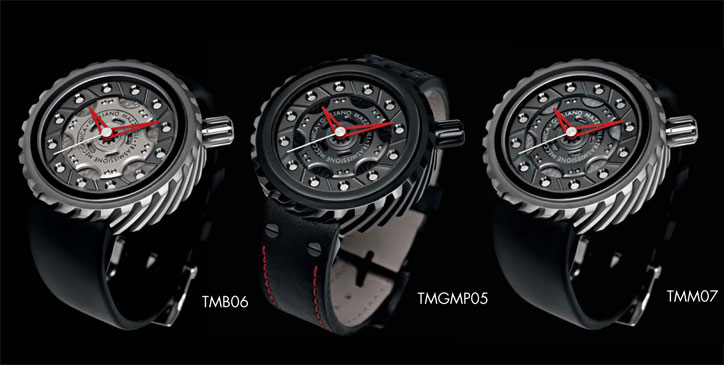