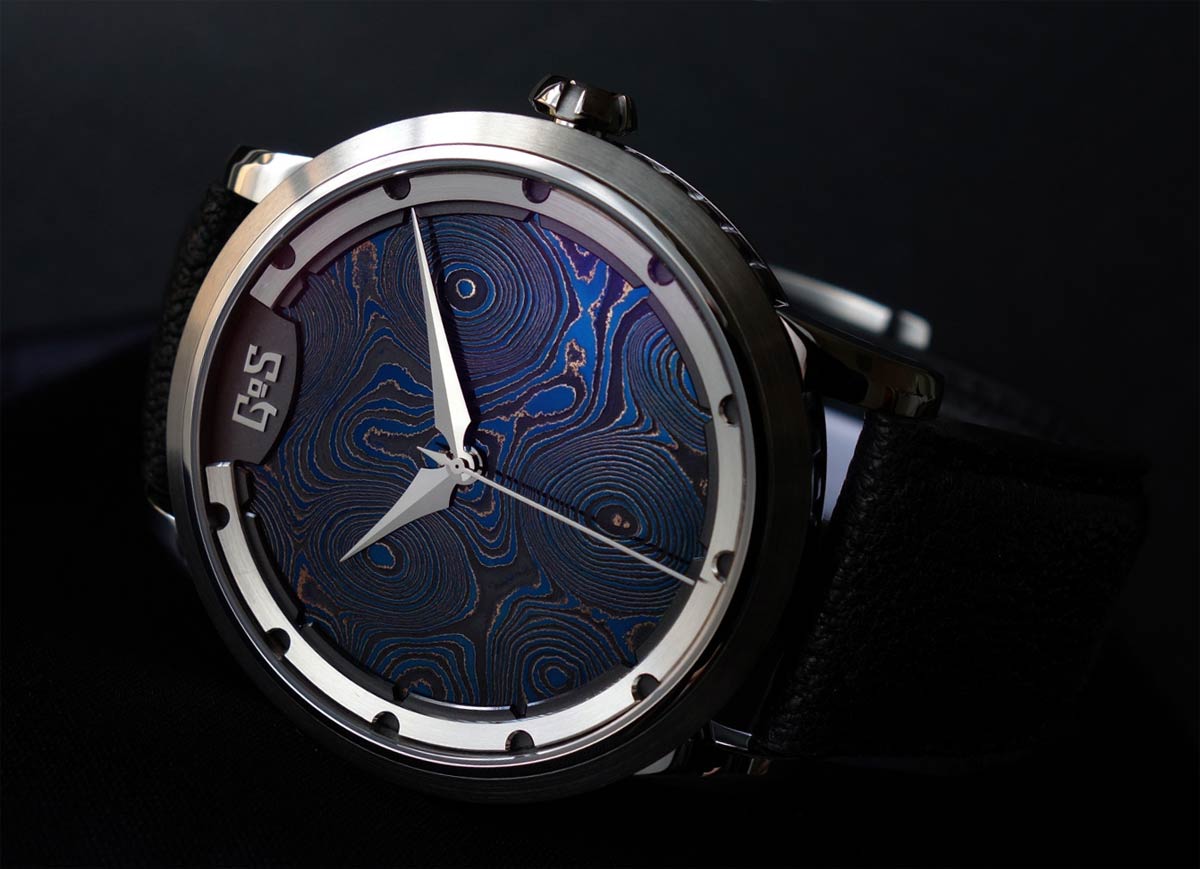 Oh, my GoSh what is that? Is it modern art? Is it real at all? The answer to those last two questions is most definitely yes. This watch does indeed exist, and that dial is quite unlike anything I’ve ever seen before in my life. Whatever I have said about other watches and how their dials play with the light, they don’t have anything on this. The look of the dial reminds me of when it’s been raining outside, and a car has a little oil leak, and you get to see multiple colours arrange themselves in a ring. 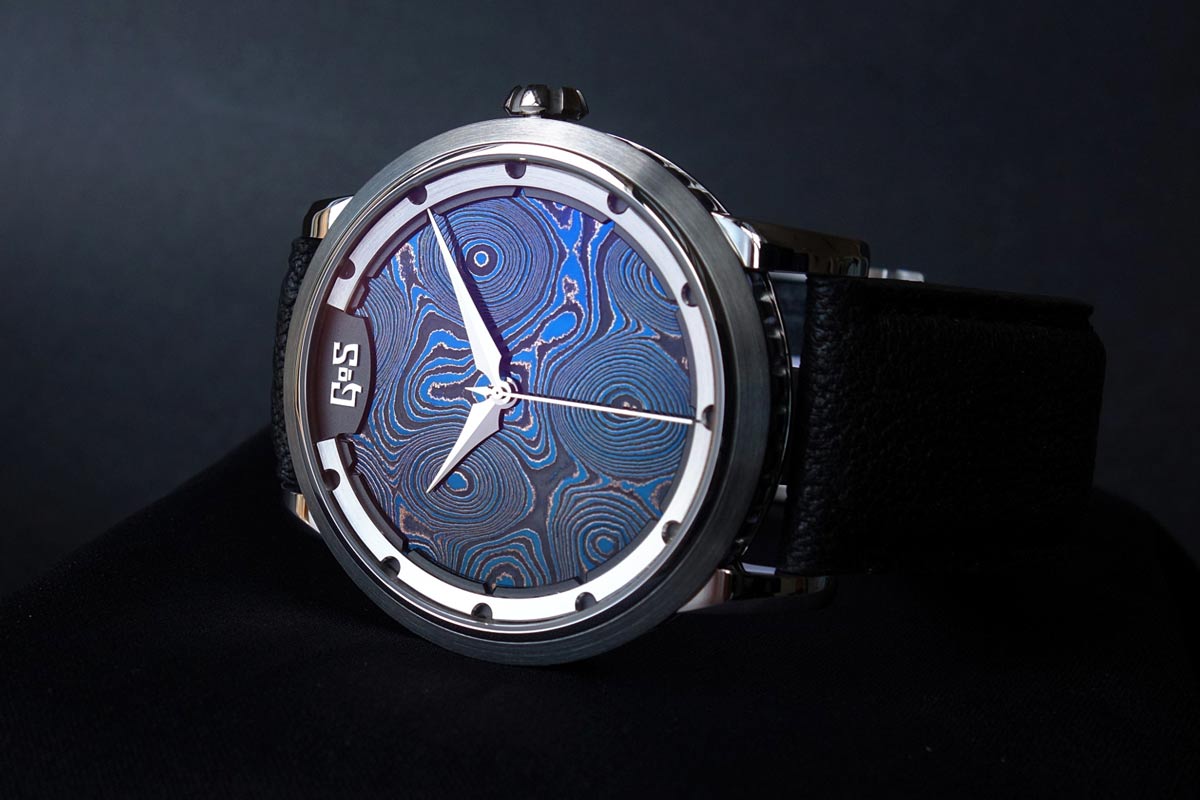 From some angles, the dial looks like it’s made of sections of a tree made tiny by some mystical methods only two people on the planet know. It’s a particular tempering process which was developed by Patrik Sjögren. It’s called Ice Blue Tempering; it’s done by using higher temperatures than average when tempering Damascus steel. The effects are remarkable, when you move the watch under a light it looks like a thick coating of Nordic ice has frosted over the dial. There are no markers on the dial, but there’s also no need for them, they’d just get in the way anyway. Instead, there are notches taken from the inner bezel to use to tell the time roughly; I can’t imagine accurate timekeeping is a necessity here. 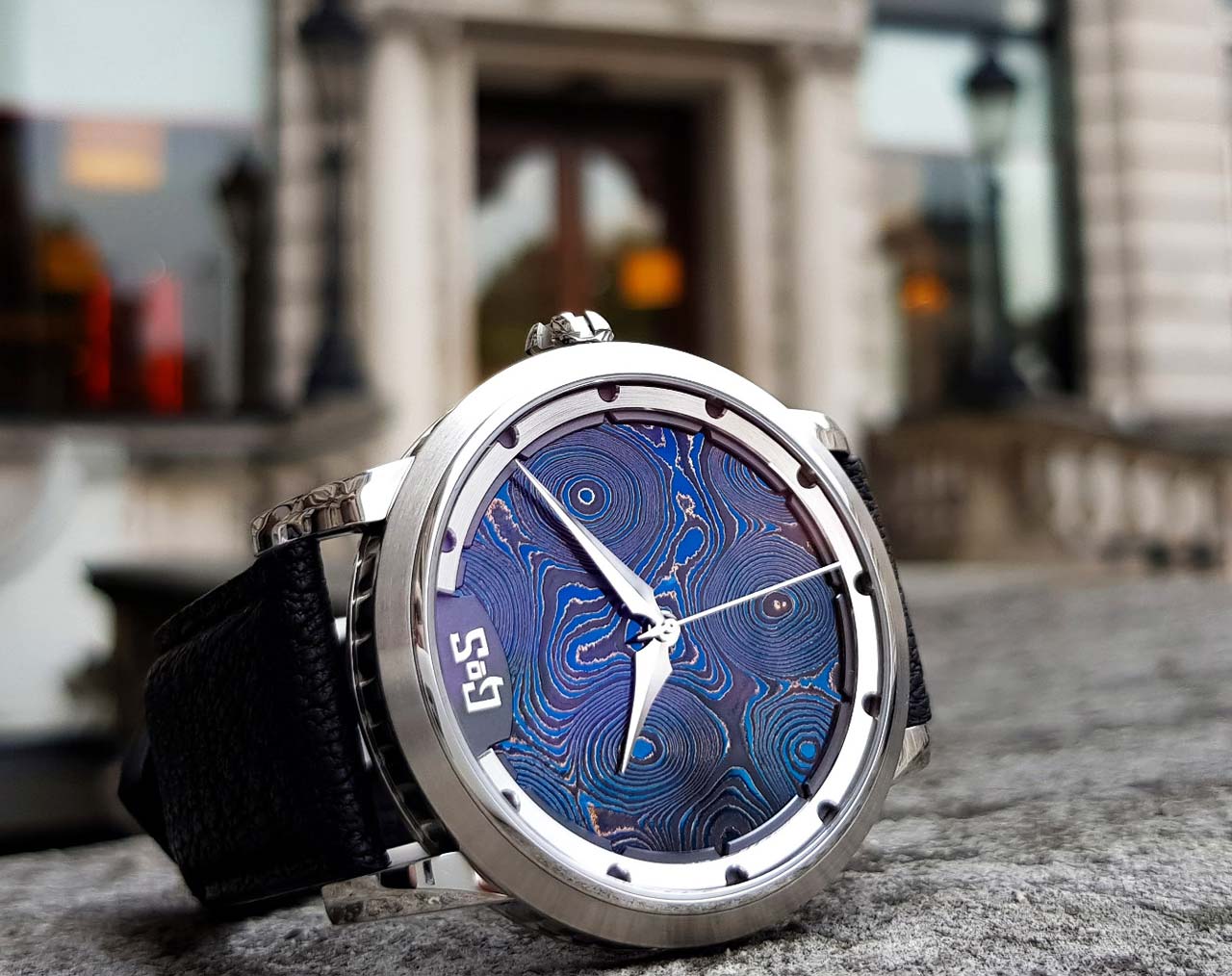 That’s probably just as well, too, as inside watches like this is where things usually start to go a little wrong. See, GoS Watches is a tiny company from Sweden, and they have very specific skills, which in this case happen to be mostly focused around the dial. Also, because they are a small company they cannot yet afford to have something like a Vaucher movement inside, so in the case of the Sarek Midnight Blue, a Soprod A10 calibre has been used. Granted it’s a reliable movement with a 4Hz beat rate and 42 hours of power reserve. The rotor is lovely as well, as you know one of the things Scandinavia is known for other than strange police dramas and very safe cars is the Vikings. 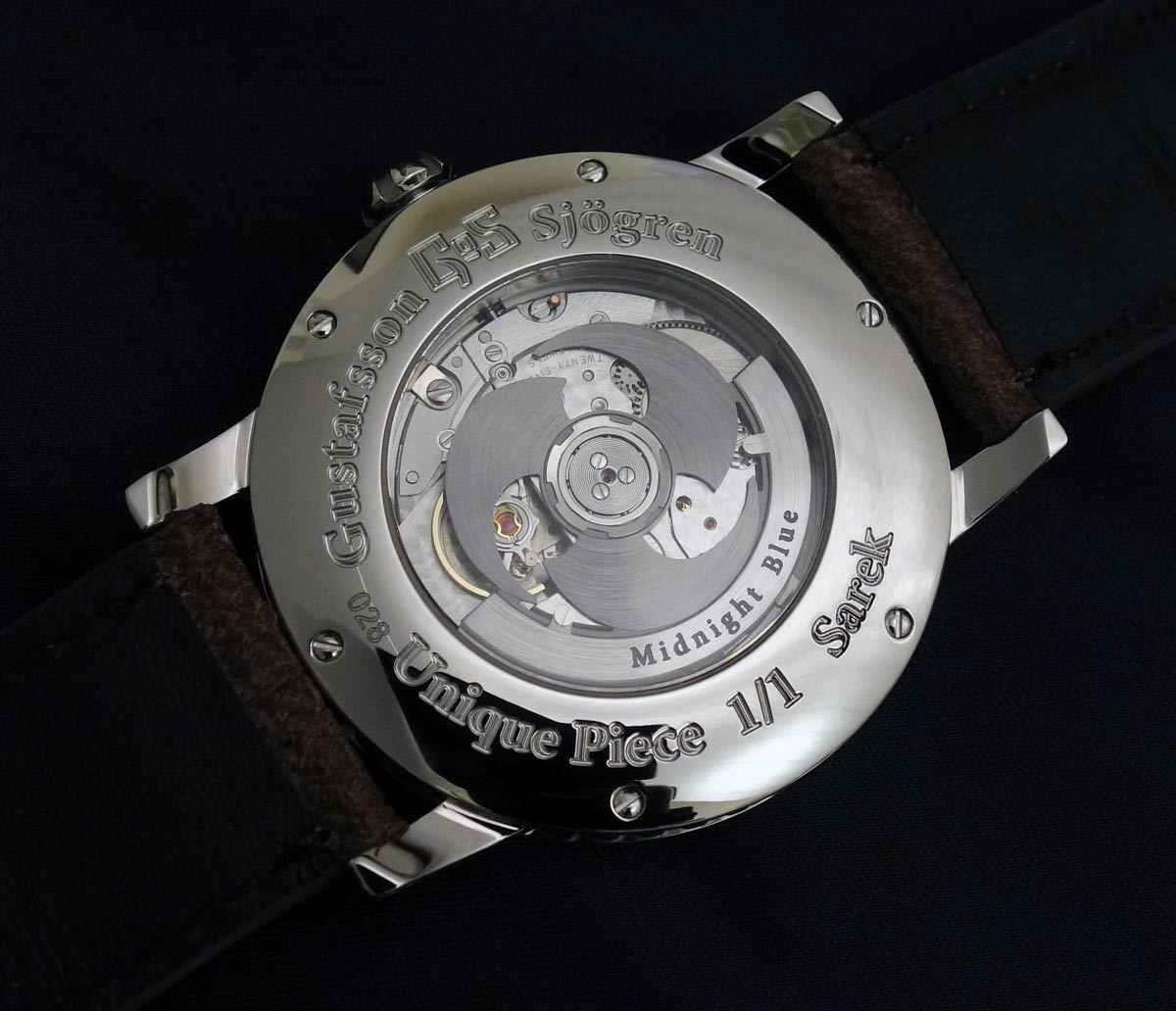 The design of the rotor is supposed to recreate an old Viking design called a triskele which has three interlocked horns, that’s the musical instrument horn by the way. The Sarek Midnight Blue watch also comes with a presentation box made by master woodcarver Håkan Jansson, who designs and creates the solid Walnut boxes himself. I’m hoping in the future they can up their movement game a bit. While true, the Soprod calibres are reliable and whatnot, I feel like there is so much effort going into the dial the movements could use a bit more finesse. Still, that would drive up the unit cost. Speaking of which, the price of all this Scandinavian engineering is $9500 before taxes. For more info, please visit goswatches.com