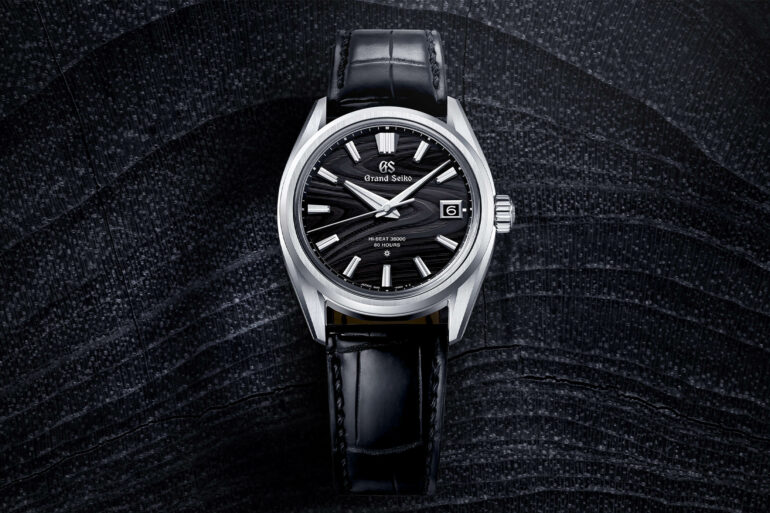 The SLGH007J is the latest in the ongoing Seikomania we seem to be having. 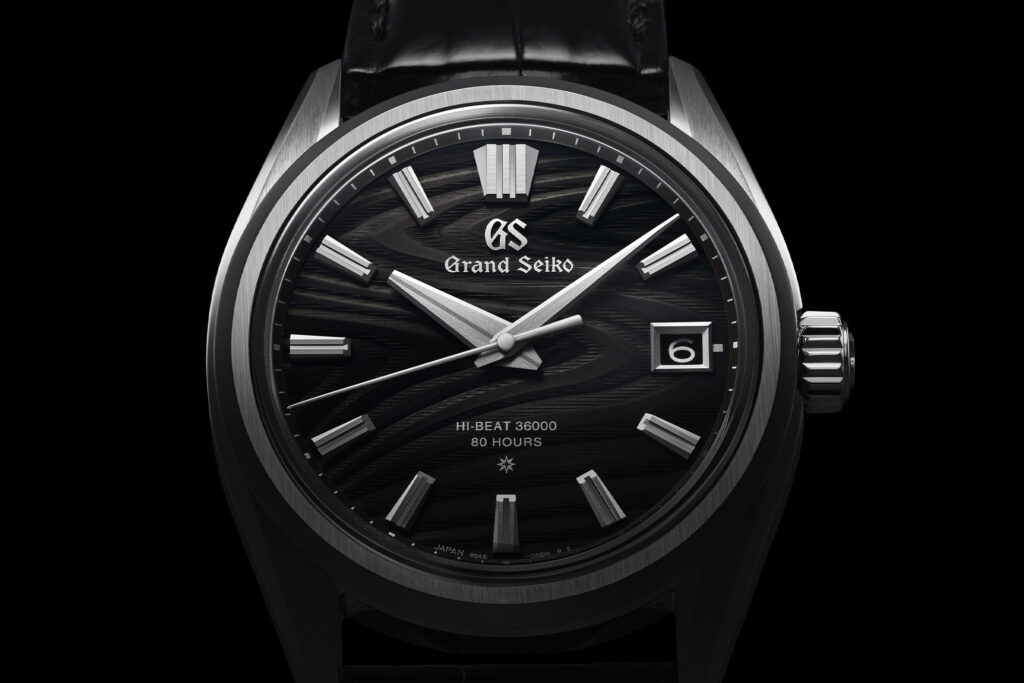 The new Grand Seiko Heritage Calibre 9SA5 Platinum SLGH007J features a smart-looking case that is not too vintage-y in its design (although it actually is influenced by previous models) with relatively short lugs that flow from the shape of the case. Its dimensions are 40mm x 11.7mm, and it’s made from platinum, hence the name. The dial of the case contrasts nicely with a black backdrop to an elegant finish that mimics the wood grain. The hands and markers are made of 18k white gold and feature many textures and surfaces to give them an intricate appearance at a glance, although I find the hour hand to be a little too wide. Grand Seiko has also added a date window to throw the balance of the dial off. 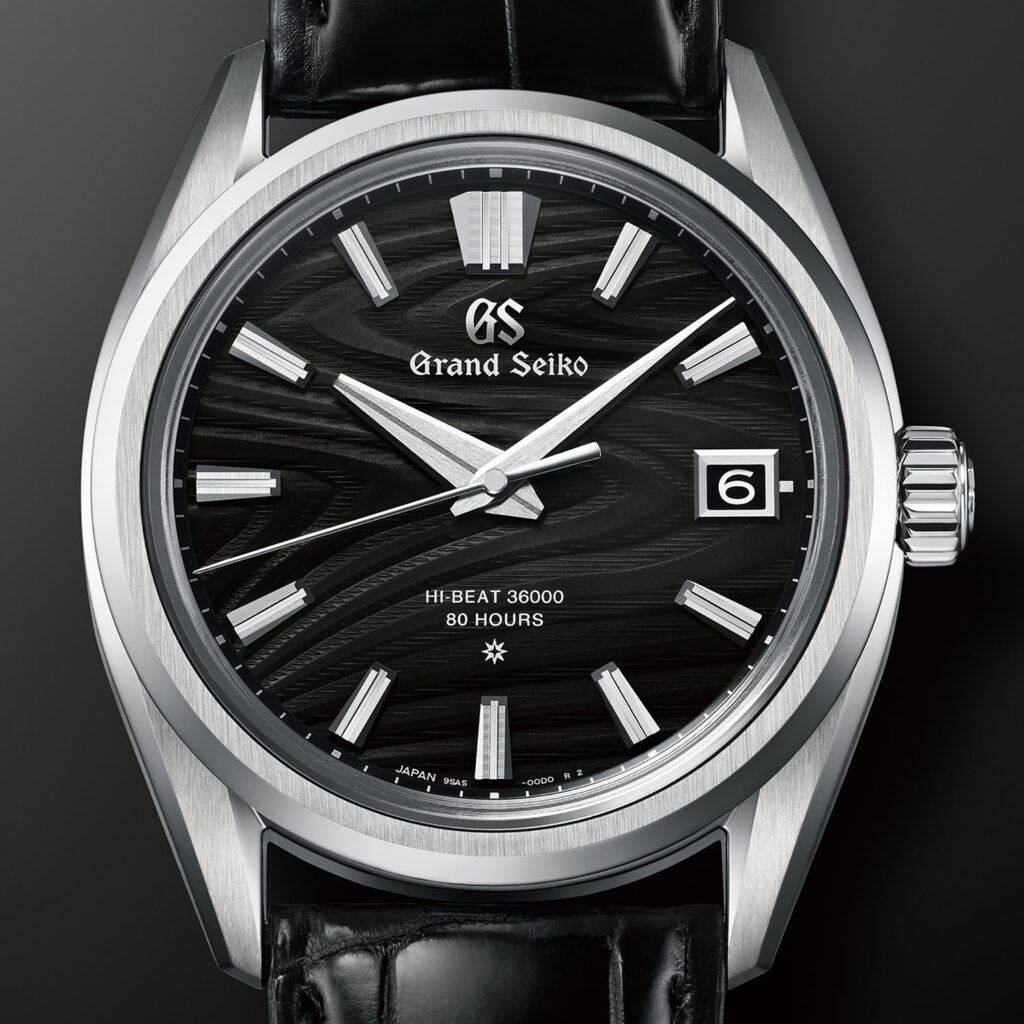 Inside the case is the calibre 9SA5, which is also mentioned in the name. It’s not a Spring Drive movement like all of Seiko’s top-of-the-line models tend to be. Instead, it relies on a balance wheel and escapement assembly to accurately keep time. The main selling point of the calibre 9SA5 is the dual impulse escapement that halves the friction encountered by the escapement thanks to a star wheel replacing the standard toothed wheel. The lock and impulse parts of the escapement’s operation, therefore, occur independently of each other. The free-sprung balance wheel oscillates at 5Hz and is regulated to between -3 seconds and +5 seconds with twin barrels providing an 80-hour power reserve. There’s also the Grand Seiko logo stamped on the crystal, although they have toned it down, so it’s less conspicuous this time. 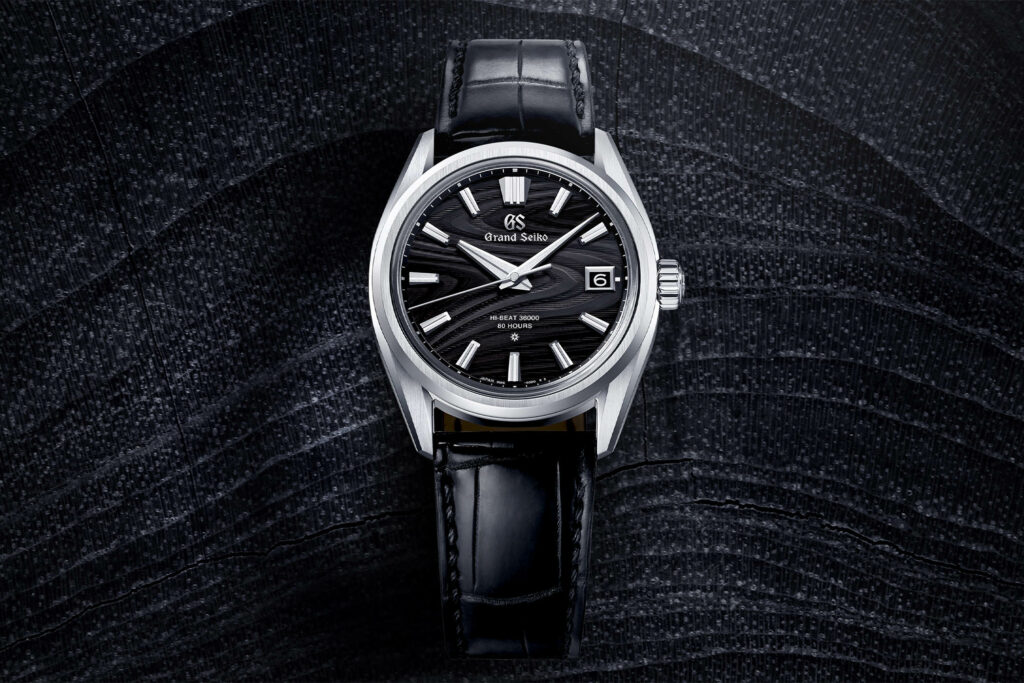 Presented on a black leather strap with a platinum tri-folding clasp, the new Grand Seiko Heritage Calibre 9SA5 Platinum SLGH007J is limited to 140 examples and available in July for a price of USD 59,000.