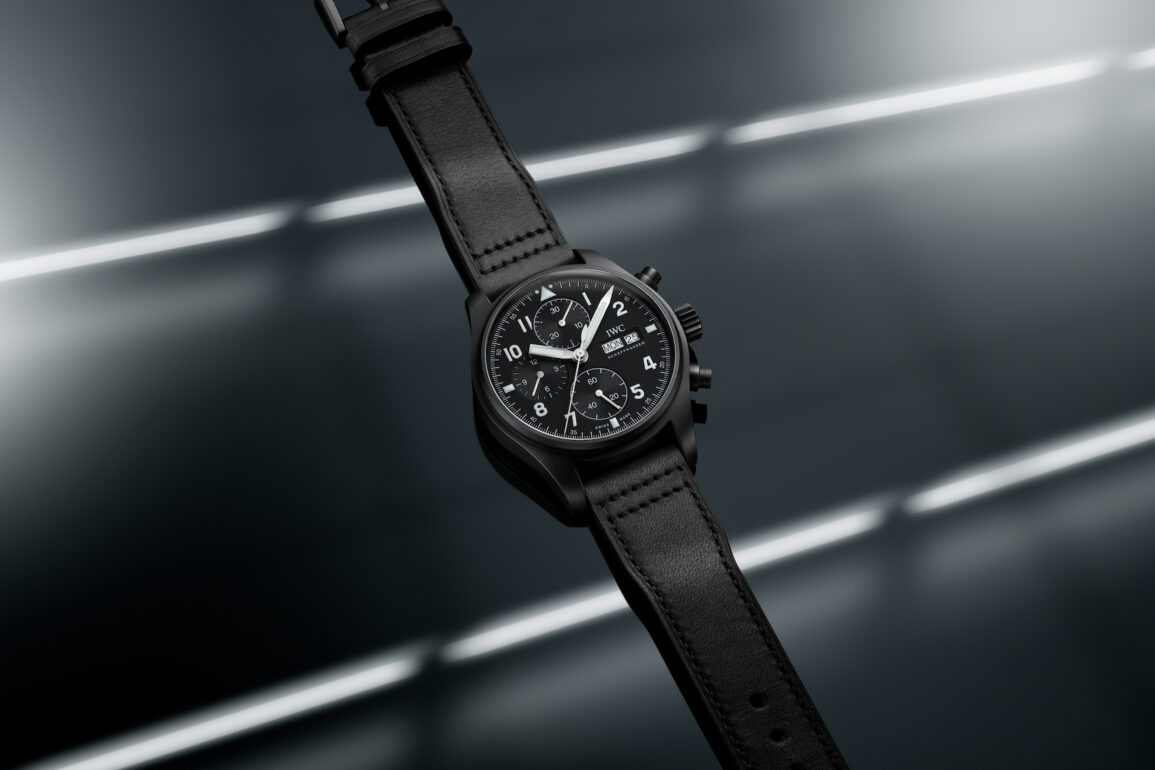 IWC pays tribute to the Ceramic Fliegerchronograph, one of which sold for over $50,000 at auction.

IWC calls this new watch a tribute to the Ceramic Fliegerchrongraph from 1994, and that’s what it is, but I think a more accurate term would be homage. You see, in a lot of forums where affordable watches are the thing, the term homage is used a lot as a term of endearment to justify a brand copying everything a big name watchmaker does and then adding their own logo on it. “mY wAtCh Is An HoMaGe BeCaUsE tHe LoGo Is DiFfErEnT”, yeah, no. You see, what most people call think of when the word homage is mentioned is a tasteful tribute that cherrypicks the best parts of an original design to incorporate into its own, as IWC has done here. 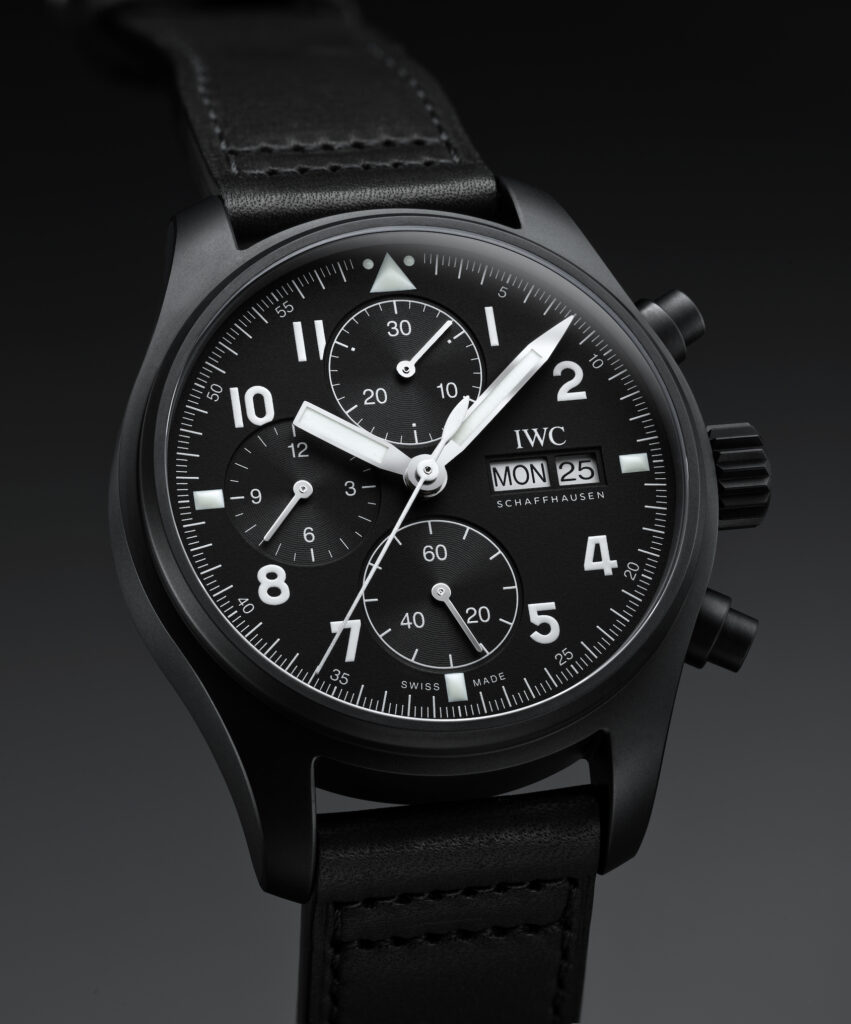 If IWC were to say this was a re-creation of the Ceramic Fliegerchronograph, we could laugh at them all day because the watches are different when side by side. Sure, both watches are black, but whereas the original is ceramic, the new watch is made of Ceratanium (and 41mm in diameter), an in-house made blend of ceramic and titanium that aims to combine the strength and lightweight factors of both materials. The crown and pushers are also made of this stuff. And the dial is pretty different as well, although the triangular 12 O’clock marker remains along with the Arabic, which have been given a SuperLumiNova coating for easy legibility at night.

IWC has changed the writing around the day/date a bit, and they’ve added some sunburst finishing to the subdials as well. These are all modern things that you’d expect from a watch that draws inspiration from another one, rather than being an outright copy. It features IWC’s current design with the designer’s favourite parts of the 1994 watch added to it. 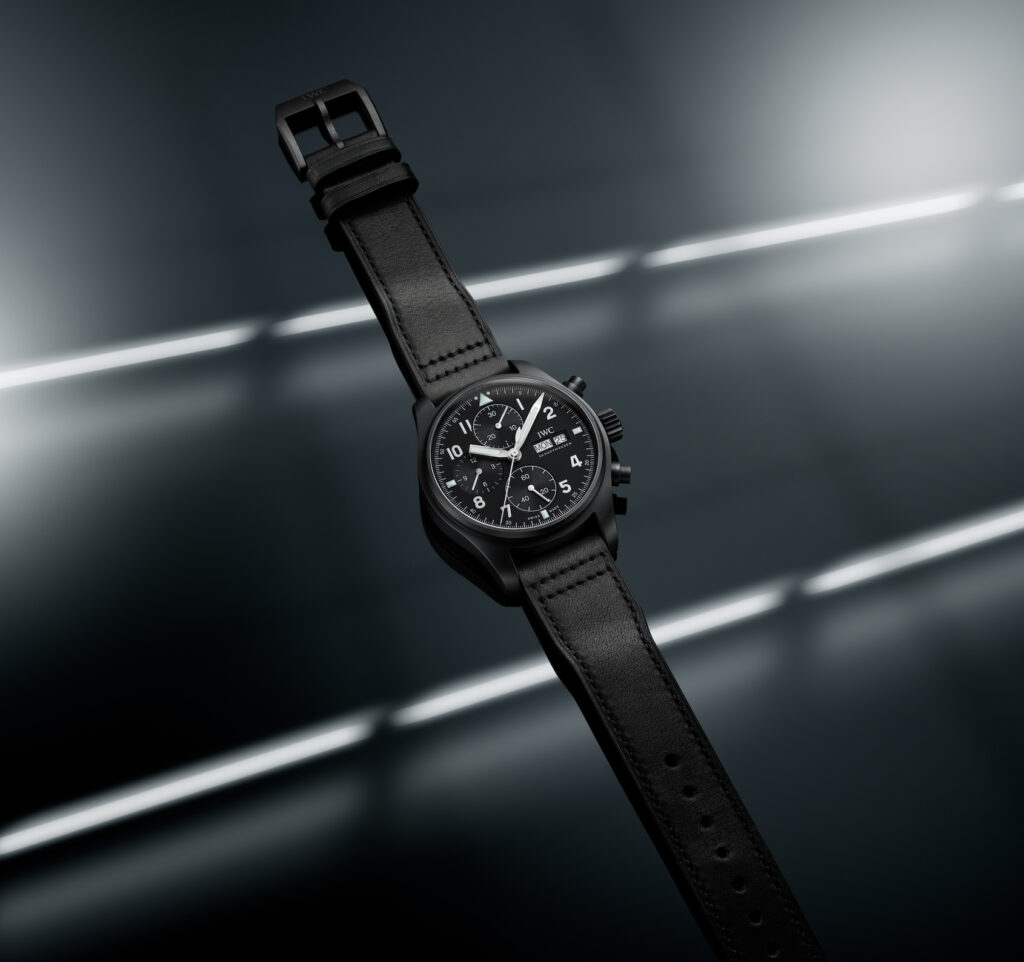 Around the back is a solid caseback with some minimalist scripting on it, underneath which sits the calibre 69380, a member of the in-house made 69000 series of movements introduced in 2018. It features IWC’s pawl winding system, which makes winding more efficient, allowing the rotor to power the mainspring, which provides 48-hours of power reserve. It also has a 4Hz beat rate and a column-wheel for the chronograph, making it vastly superior to the Valjoux 7750 found in the original.