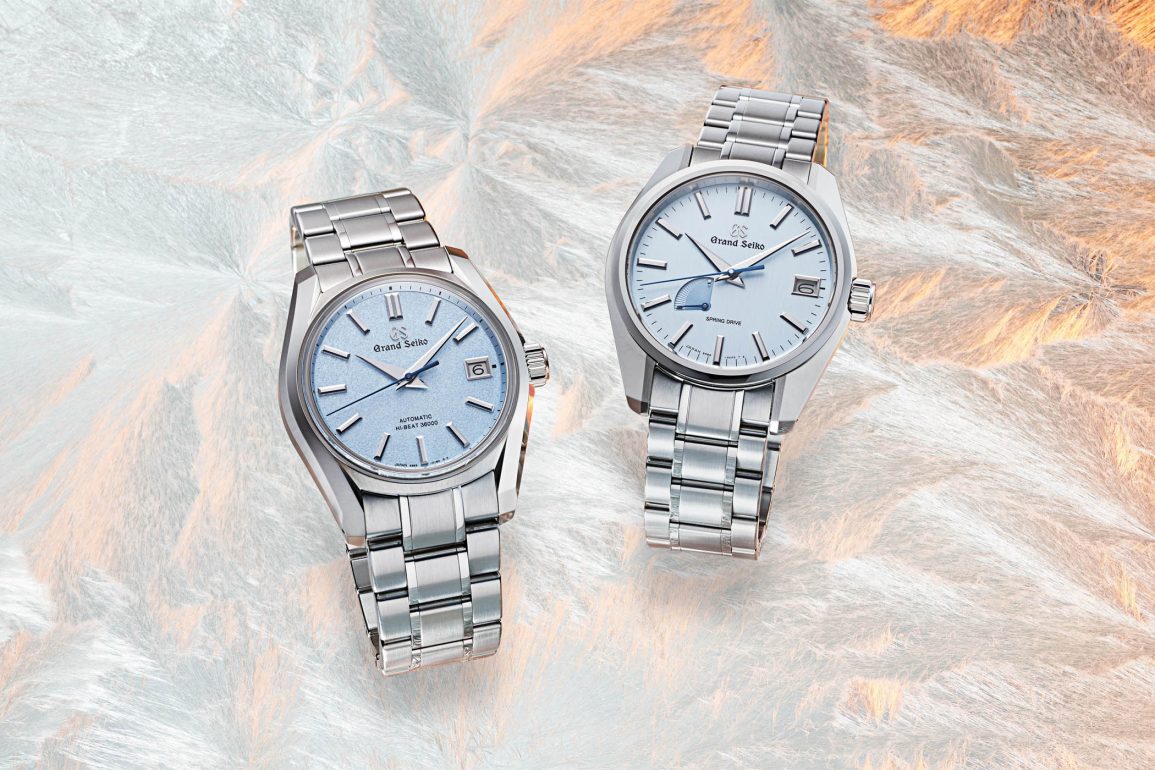 The essence of the Japanese "Soko" sub-season is here!

It’s not uncommon for Grand Seiko to take inspiration from Japanese culture and history, their catalog is an embodiment of this facet. The new US Exclusive watches by Grand Seiko, the SBGH295 Hi-Beat and SBGA471 Spring Drive are no exception. These new time-and-date watches from the Grand Seiko Heritage collection are inspired by “Soko”, a sub-season in the Japanese seasonal division named for the period of Autumn when the first frost appear. Unique to Japan, the whole seasonal division in Japan is known as “Sekki”, consisting of 24 sub-seasons which can be further broken down into 72 hyper-specific seasonal slices, indicating the exact moments in weather and seasonal changes. 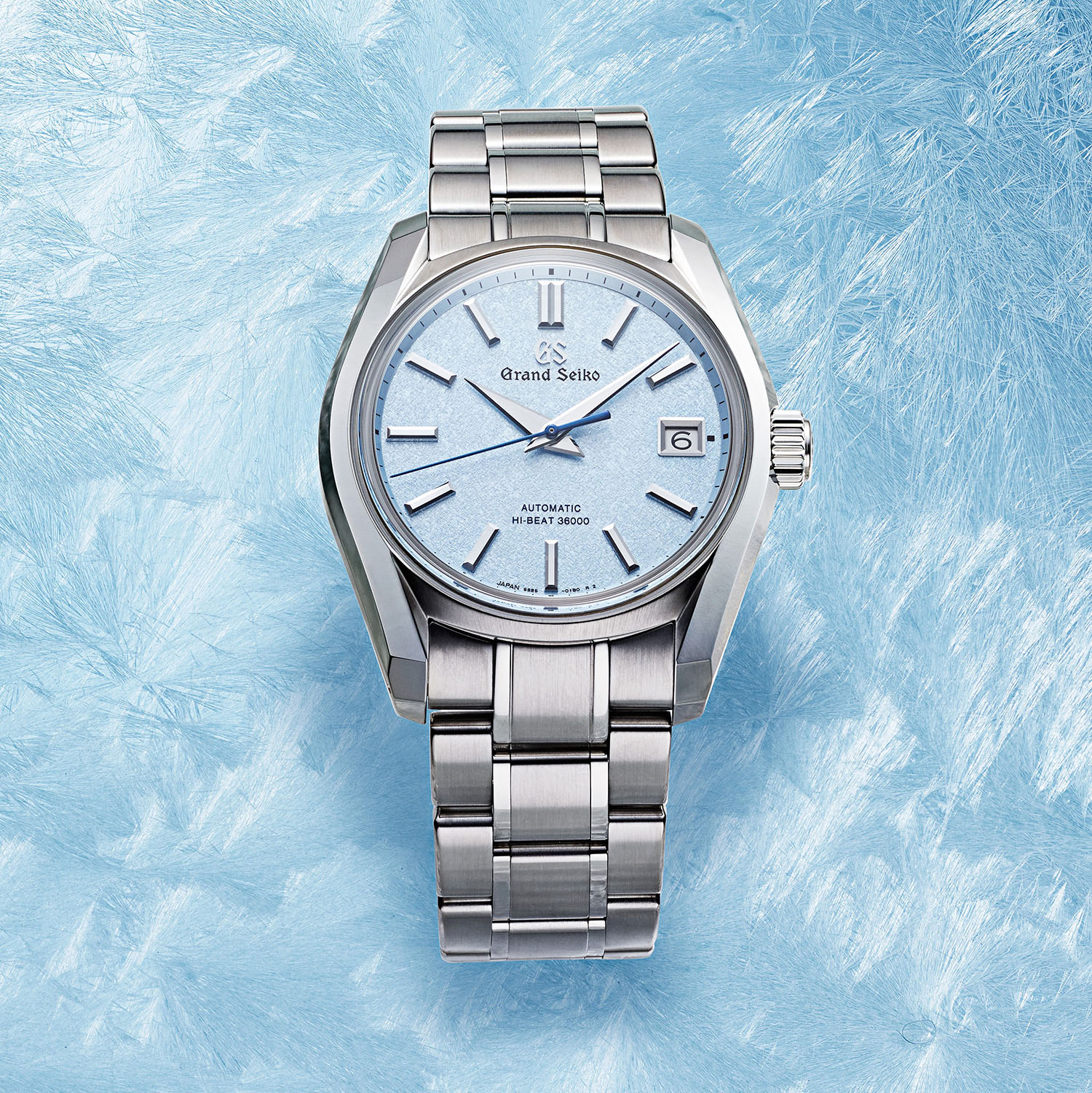 The first is the Hi-Beat SBGH295, presented in a 40mm x 12.9mm stainless steel case and with a lug-to-lug distance of 47mm. Featuring a textured ice blue dial having been brushed and Zaratsu polished as a result of intricate Sallaz technique. This icy-blue dial represents the clear blue skies over the Sea of Japan during early winter. A date window accompanies the hands at 3 o’clock position. Powered by the Hi-Beat 36000 Automatic calibre 9S85, which beats at a high frequency of 10 beats per second / 36,000 vph. Offering a power reserve of 55 hours and an accuracy of +5/-3 seconds per day. 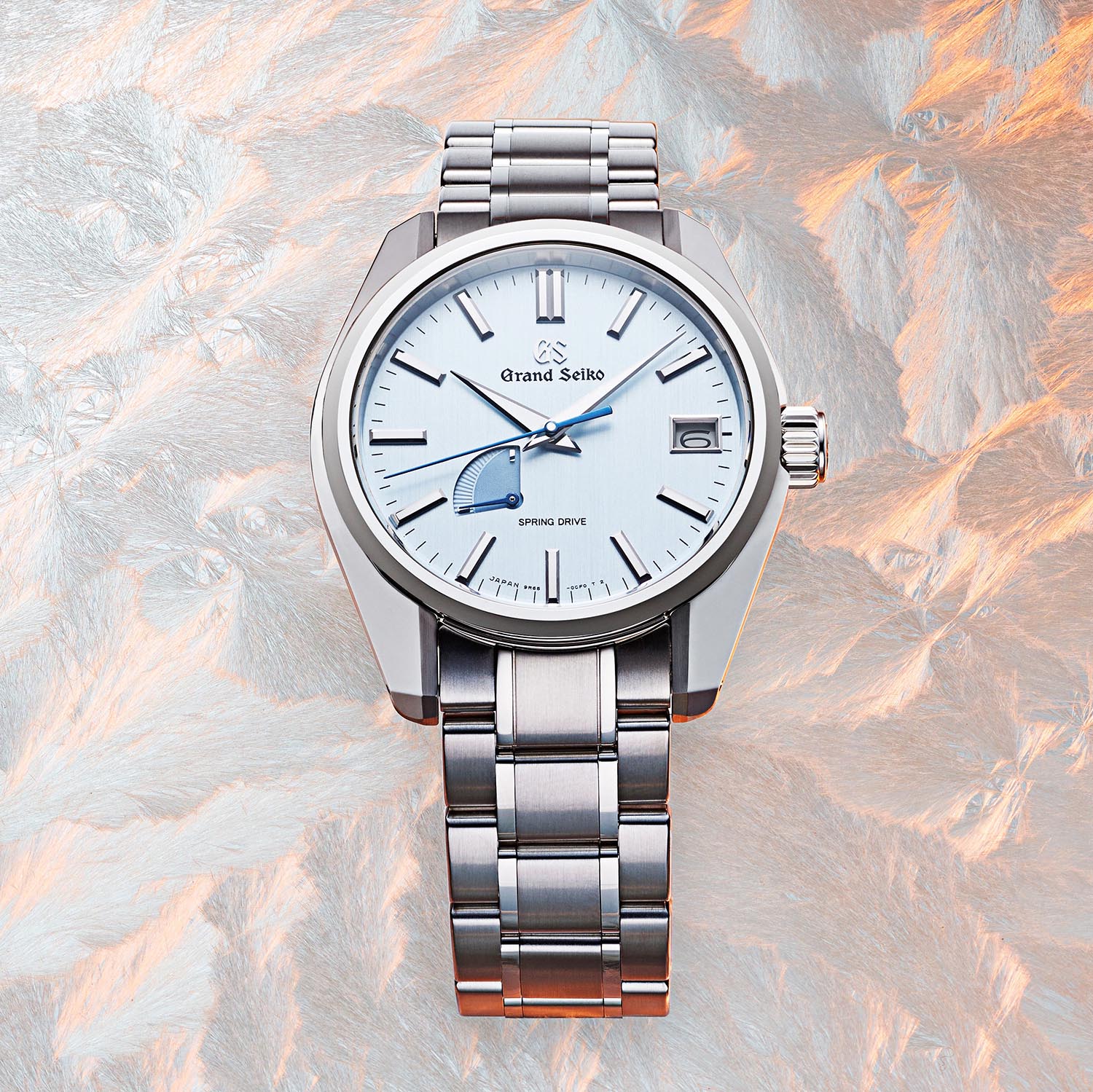 The second is the Spring Drive SBGA471. The case is also 40mm in diameter but with a thinner height of 12.5mm, and is a bit smaller lug to lug of 46.2mm. The dial has similar properties as its Hi-Beat sibling with an addition of a fan-shaped power reserve indicator. The light blue dial has thin vertical lines, representing the frozen trunks of bamboo trees in the Arashiyama forest. Powered by the 9R65 Spring Drive movement, which has an astonishing accuracy of ±1 second per day and a 3-day/72-hour power reserve. 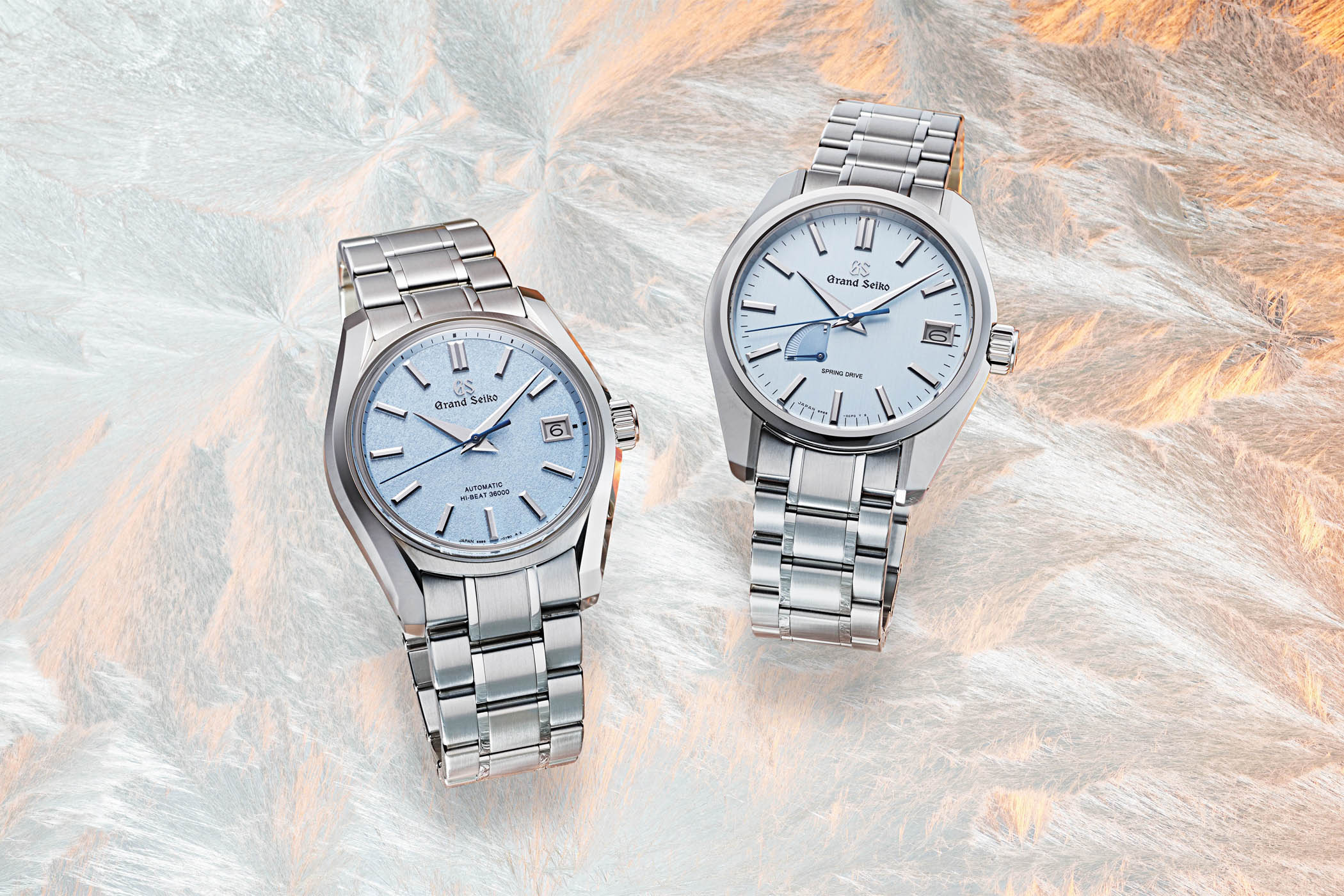 Both the models boast a water resistance of 100m and are presented on a sporty steel bracelet with a triple folding clasp and with an extra black crocodile leather strap with light blue stitching. The Grand Seiko Hi-Beat SBGH295 is priced at USD 6,900 while SBGA471 at USD 6,000. Both the US Exclusive models are available online and in Grand Seiko boutiques.