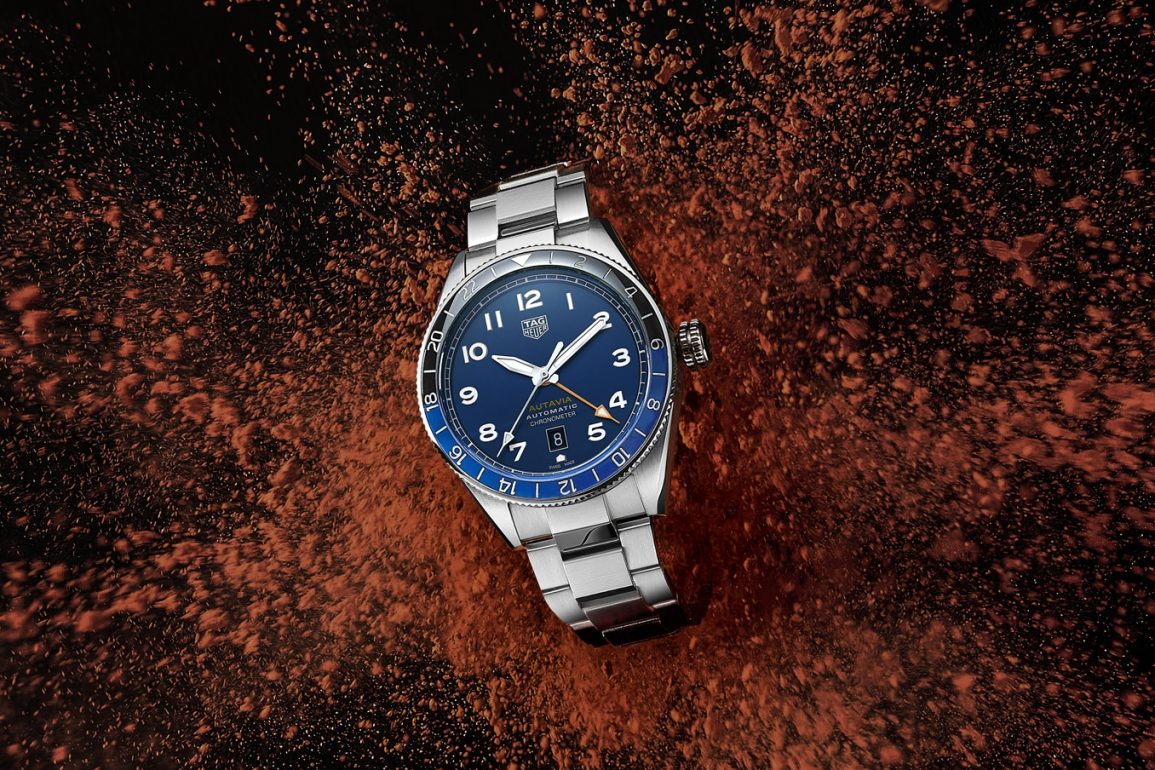 Between 1933 and 1963, the Autavia name was used by Heuer for its gauges used in aeroplanes and rally cars. However, in 1962, Jack Heuer (TAG Heuer’s honorary chairman president) decided he wanted to relocate the Autavia from instrument cluster’s to people’s wrists, and so, TAG Heuer’s oldest model line was born. Celebrating 60 years of the Autavia this year, TAG Heuer launches the first-ever Autavia GMT (that’s the first time the GMT has appeared by itself, it may have been paired with other stuff in the past). 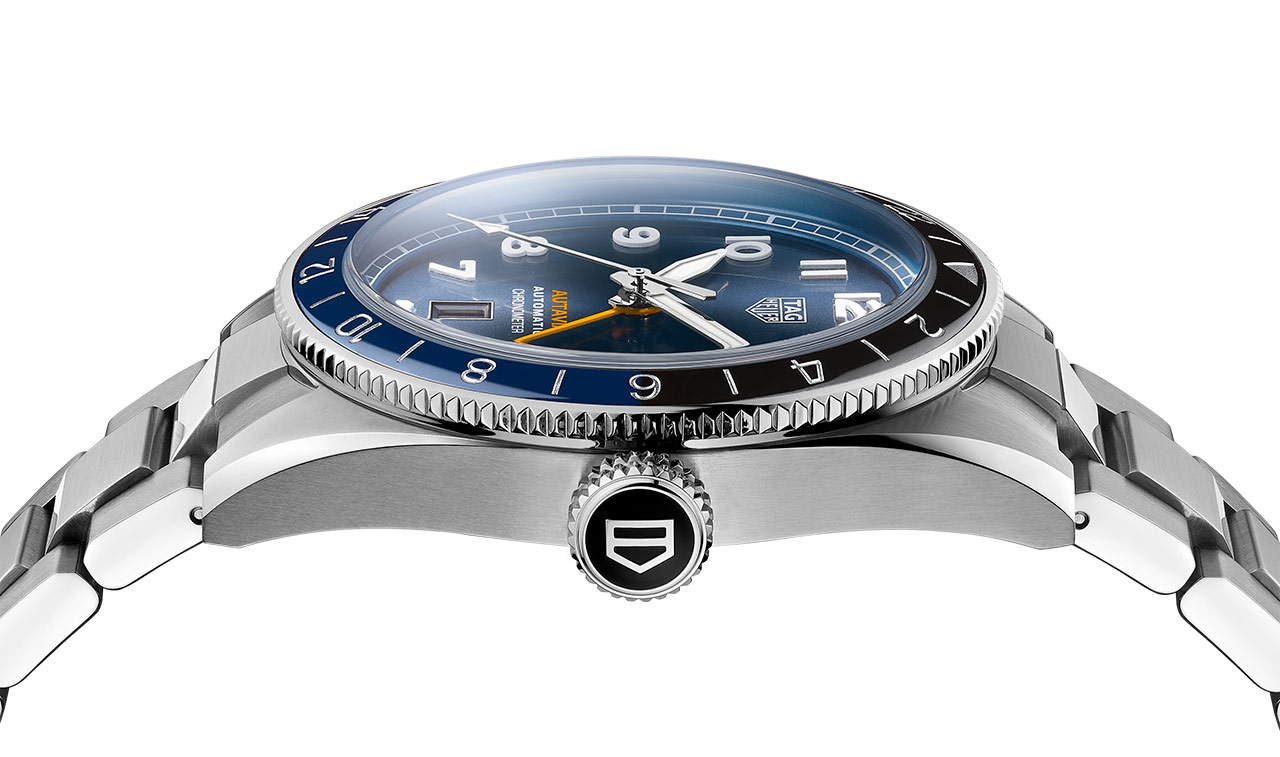 It comes in a 42mm stainless steel case which has been brushed and polished. The crown seems rather large for the watch, but that will mean it’s easy to use on the move if needed. Thanks to a lack of clutter, the dial is blue with a sunburst effect with high legibility. Big numbers are there for easy reading, a date sits at 6 O’clock, and the GMT hand has been painted orange so you can see it clearly. It points to a familiar-looking black and blue 24-hour graduated bezel, which is made of ceramic. There’s plenty of SuperLumiNova applied to the dial, too, so reading it at night should be a doddle. 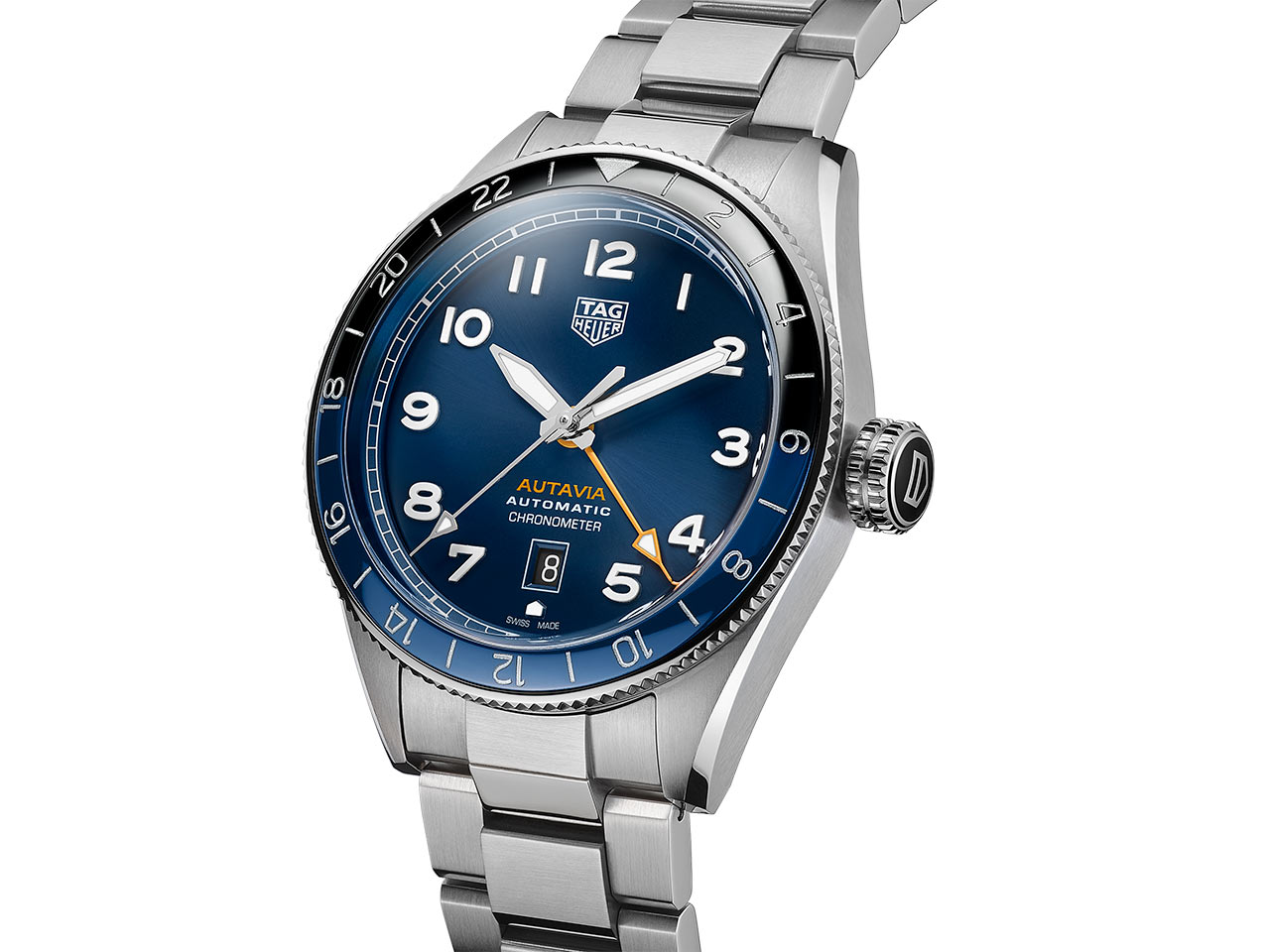 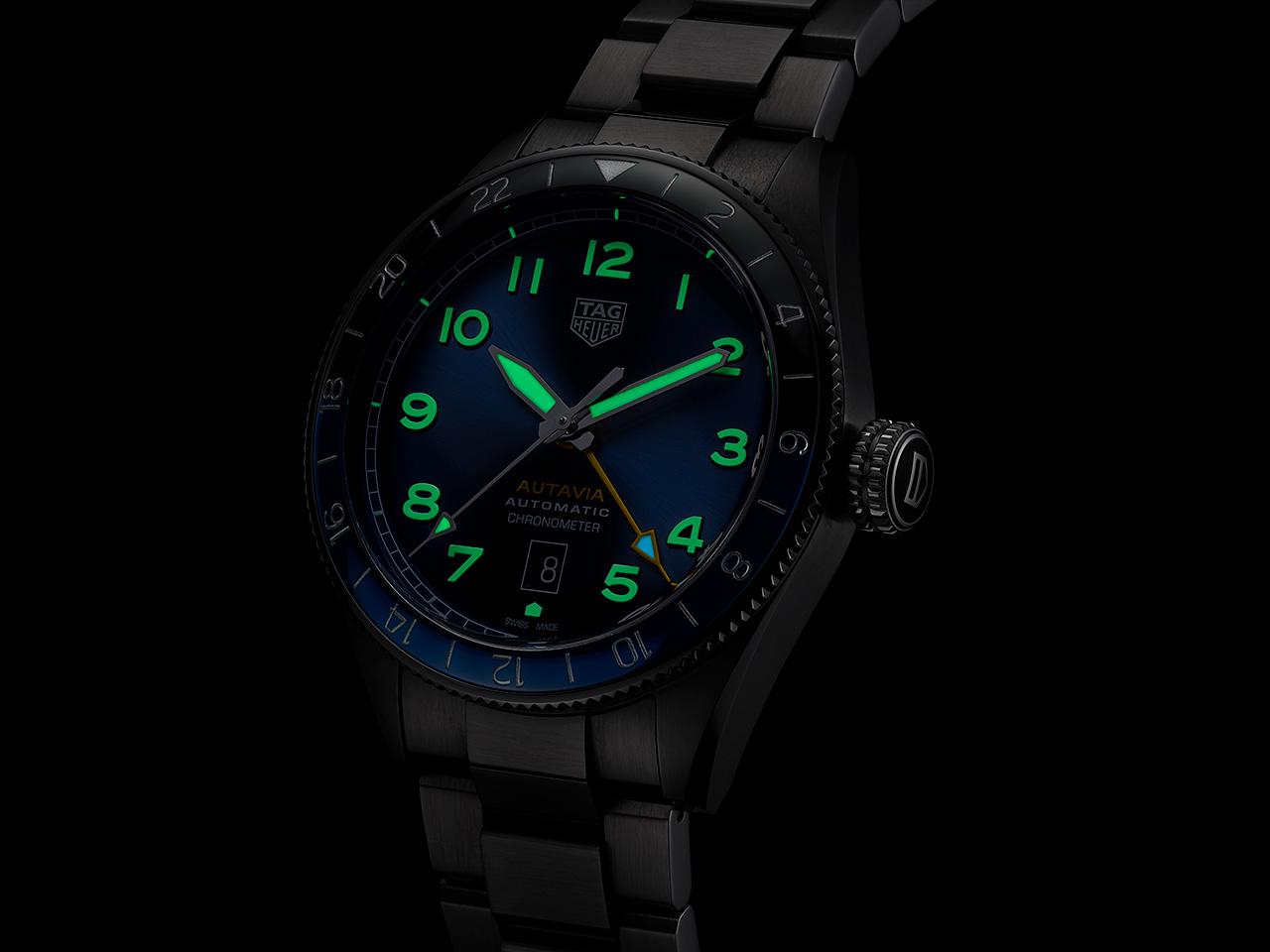 Inside the case is the Calibre 7, which is an automatically-wound movement with a 50-hour power reserve and 4Hz beat rate. It’s based on an ETA or Sellita base (apparently, the year of production is what decides that) and appears in other models like the Formula 1 and Carrera. It’s been obscured by a caseback that appears to be a propellor on a vintage car’s wire-spoked wheel, which makes sense given the past of the Autavia name. With that caseback, this watch is water-resistant to 100m making it a nice daily driver, I’m sure, and the butterfly folding clasp classes the place up a bit. 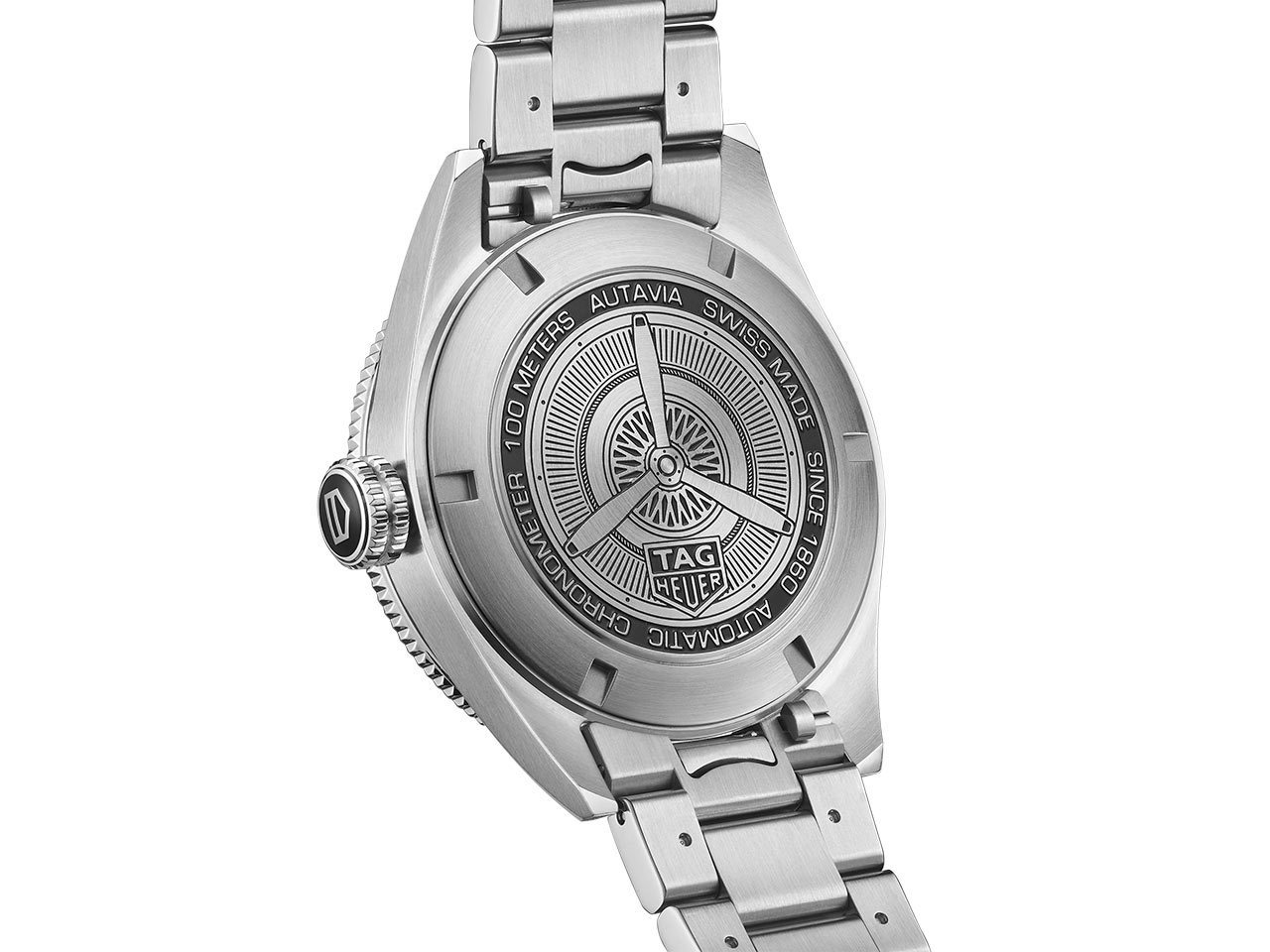