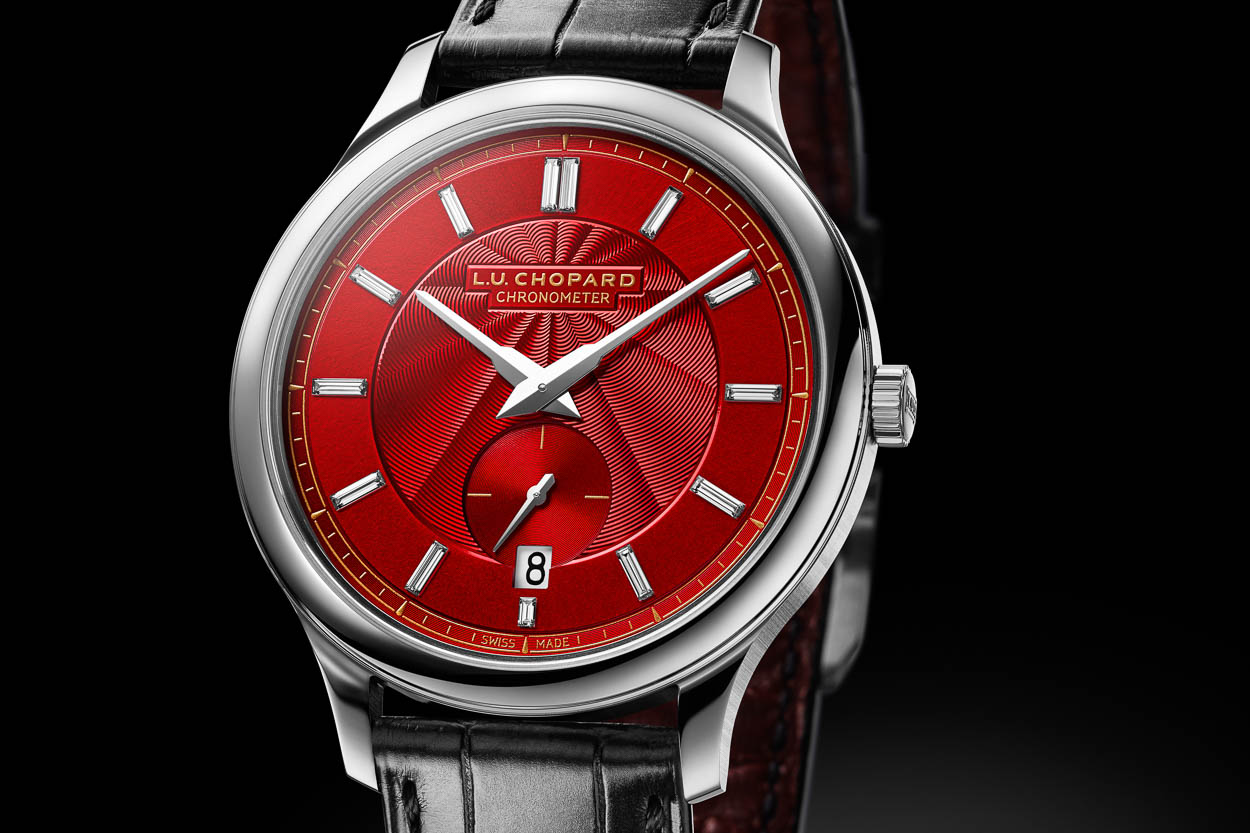 Chopard has a solid reputation in the world of luxury and has used some powerful connections to maximise its brand awareness. The chief among those being, of course, the Mille Miglia, but it is also connected to another famous event based in continental Europe: the Cannes Film Festival. This event, perhaps the most prestigious event in the cinema year, except the Oscars of course. Look around the Cannes Film Festival and you’ll see the Chopard logo in the backdrops of photos, it’s even got its own award, the Trophée Chopard, which recognises young actors and actresses and aims to kickstart their career.

When the lovely folks at Chopard aren’t busy crafting the Palme d’Or or designing another GPHG award-winning watch, they are instead focusing on how to extend their repertoire to cover as much of the watchmaking spectrum as possible. One exciting route they’ve gone down this time is special editions. Of course, it’s not like this is Chopard’s first-ever special edition watch, but they are more conservative than some of their rivals when it comes to it. 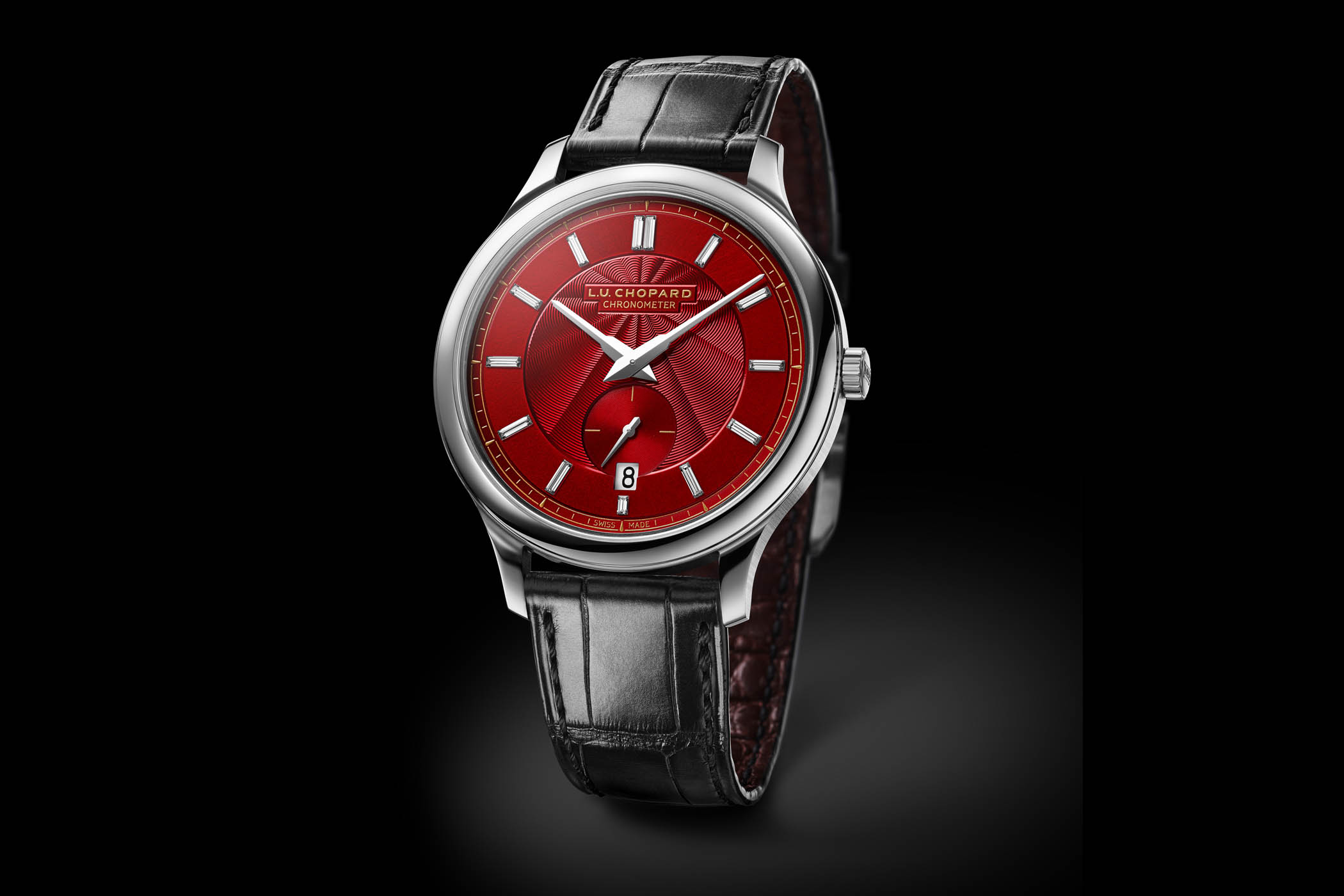 This particular watch draws attention to the Cannes Film Festival, mainly, to the feature all famous movie stars get to experience: the red carpet. The dial of this watch is a deep and lustrous red, divided into sections by hand cut guilloché; the watch stands out among others. Reflecting the artistry of the Palme d’Or (which Chopard Co-President Caroline Scheufele redesigned in 1997) and the jewellery worn on the red carpet, this watch is crafted to the highest standards. 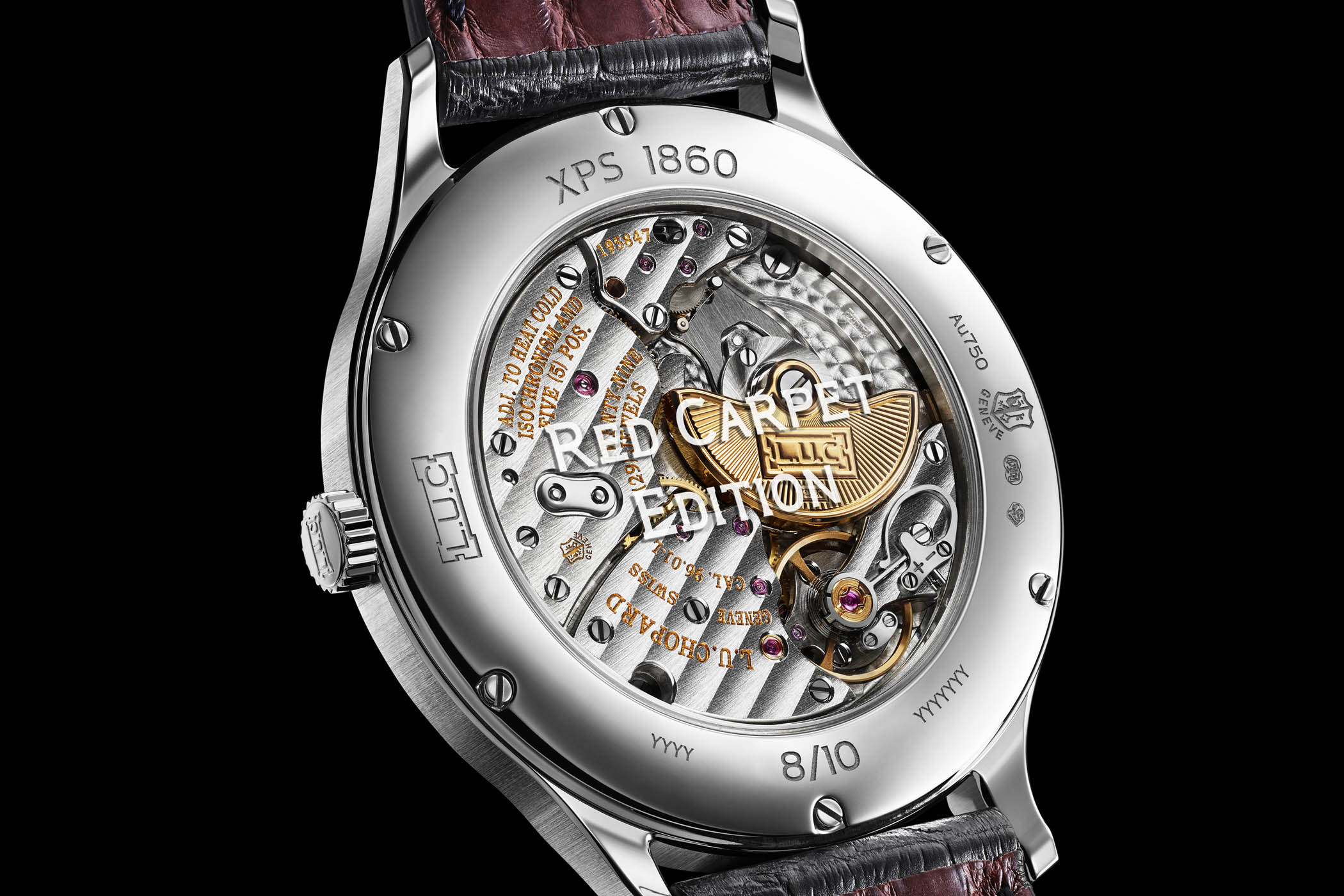 The movement, calibre 96.01 – L, has been awarded the Geneva Seal which demonstrates the construction and finishing prowess of the company. Let’s not also forget that this calibre is a personal favourite of some of horology’s elite independent craftsmen and has been described as “probably the finest automatic movement being produced in Switzerland today”. That movement has gorgeous Geneva waves engraved onto it as well as a luscious sunburst guilloché on the micro-rotor. It runs for 65 hours when it’s been set down thanks to Chopard’s Twin Barrel technology, and has an operating rate of 4Hz. One thing Chopard does which I’m not such a fan of is print writing on the sapphire caseback, while it almost works on the sports watches, it does look entirely out of place on this dress watch. 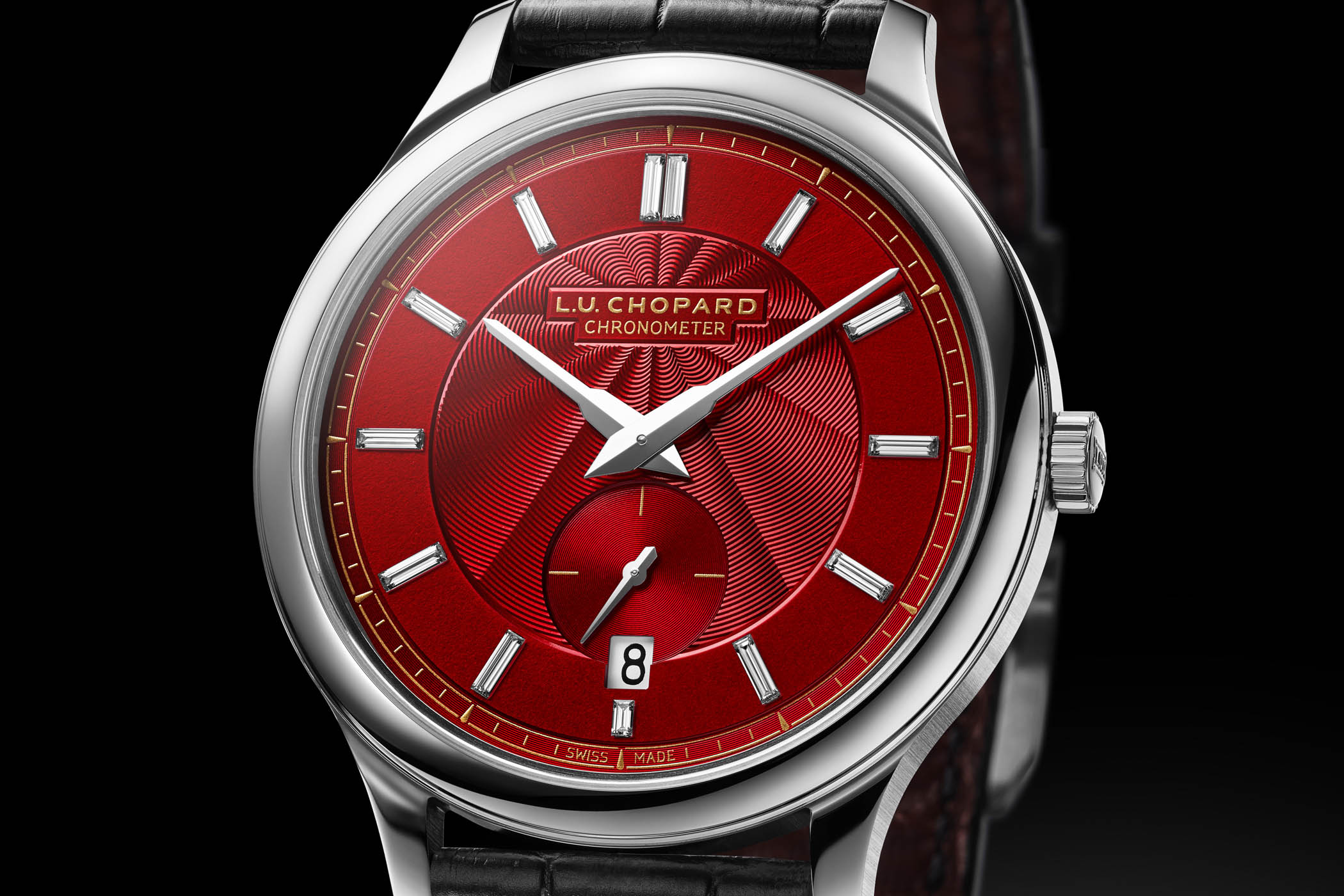 Engulfing that lovely movement is an 18K solid white gold case, measuring 40mm in diameter. It’s Chopard’s signature case which is flat and thin, but very comfy on the wrist. It’s matched to a black alligator strap (I appreciate that they didn’t go red there which would make it unwearable) which doesn’t use calfskin leather on the underside to preserve longevity; it also feels great on the wrist.

Perhaps my favourite feature of the new limited edition is the set of diamonds for hour markers. We’re used to seeing factory diamond dials from Rolex and even Patek Philippe, but it’s rare for Chopard to put so few diamonds on one of their watches. Despite there being only a few of them, they will surely increase the price dramatically when it’s announced. There’s only going to be 10 made, though. For more info, visit Chopard online.