Romain Jerome has been touted as the legend replicator or maybe it’s just me but you would not believe the watches he is making, just to capture the legendary DNA of the hero he wants to be for the day maybe. Nonetheless, I love the watches as they are collectibles and they appear to be out of this world, some refreshing ambiance in this ever so serious world where every second ticks for the money or waste. 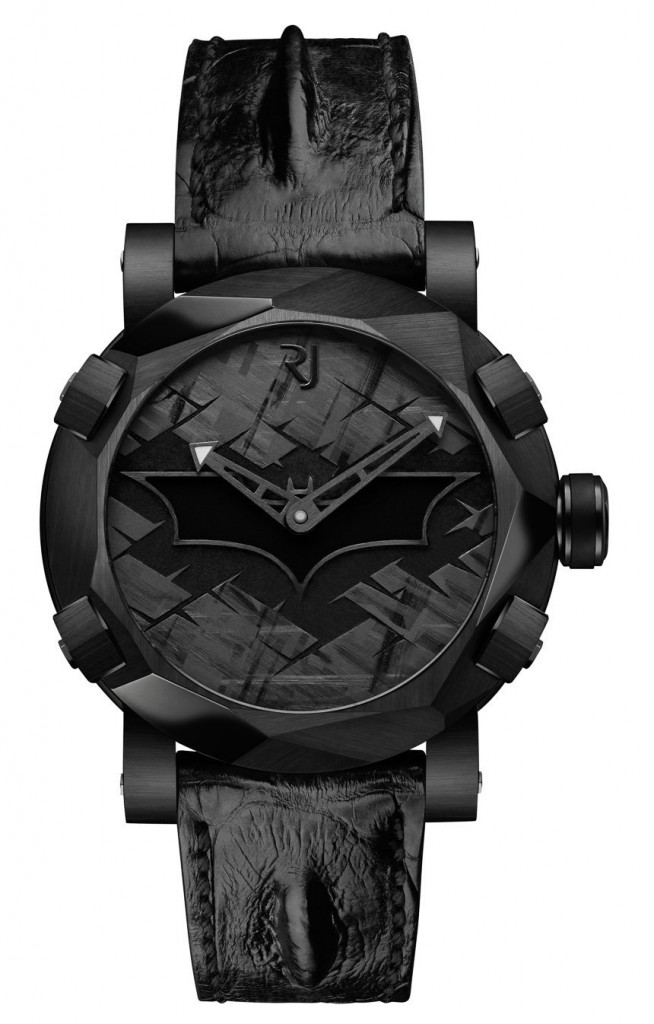 To be honest I’m quite fascinated by this 75 piece limited edition watch, the Romain Jerome Batman-DNA watch. I have seen the movie, “The Dark Knight,” and I tell you now that I loved that movie, darkness were everywhere and excitingly I’m expecting some sort of carbon fibre in this watch but I think the company knew better by simply utilizing PVD black-coated steel case to mimic the DNA of the Batman. If you already know the Batman, that’s quite easy but for the visiting alien, it looks like just a black watch with a Bat symbol in the dial. 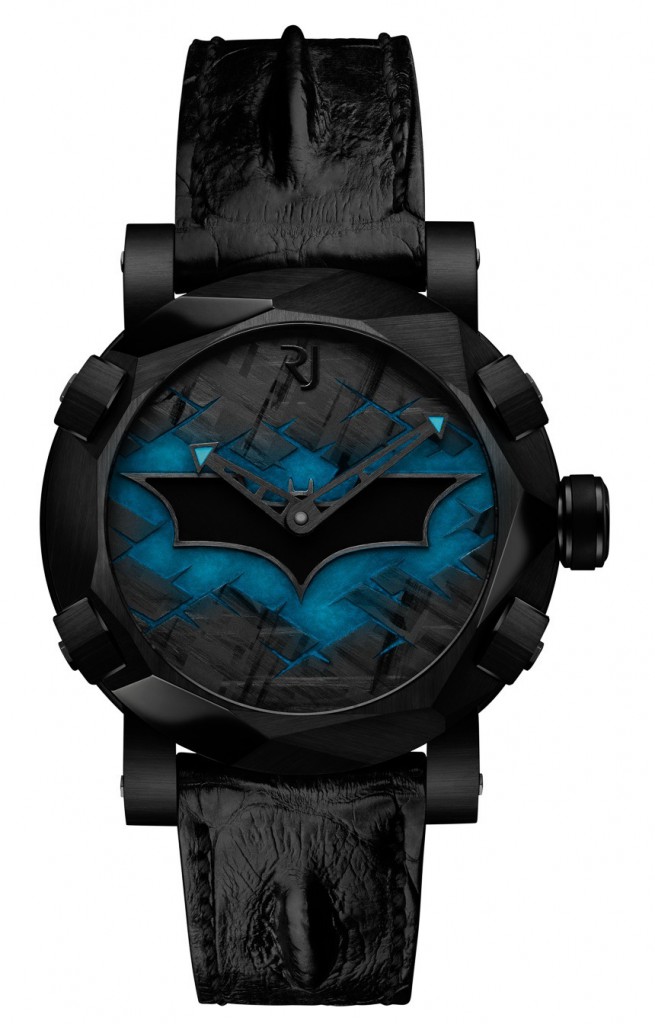 The case is really fascinating though, mind you I love the PVD black-coated steel case and everything that stands on the way including the black horn-back crocodile strap. The bezel and the lugs including the subtle design of the crown and the screw pieces on the side of the case looks more like a Bat mobile to me and one of the Batman’s gadgets to be precise. Well, that is the purpose, to let the wearer know that the watch certainly pays tribute to the legendary prowess of the fearsome icon of the night which is surprisingly captured by the watch’s design.

The dial is where I’m really enthralled, I’ve seen a few of Romain Jerome DNA watches made for different icons but this one truly shines like it’s been built for the Batman. I might be biased as I loved the Batman’s philosophy but there’s just so many stunning details in this watch. The bluish hue you get with the Romain Jerome Batman-DNA watch is spectacular and the subtle broken looking dial seems to ignite thoughts that the watch has been into some butt kicking action. That’s just fascinating. 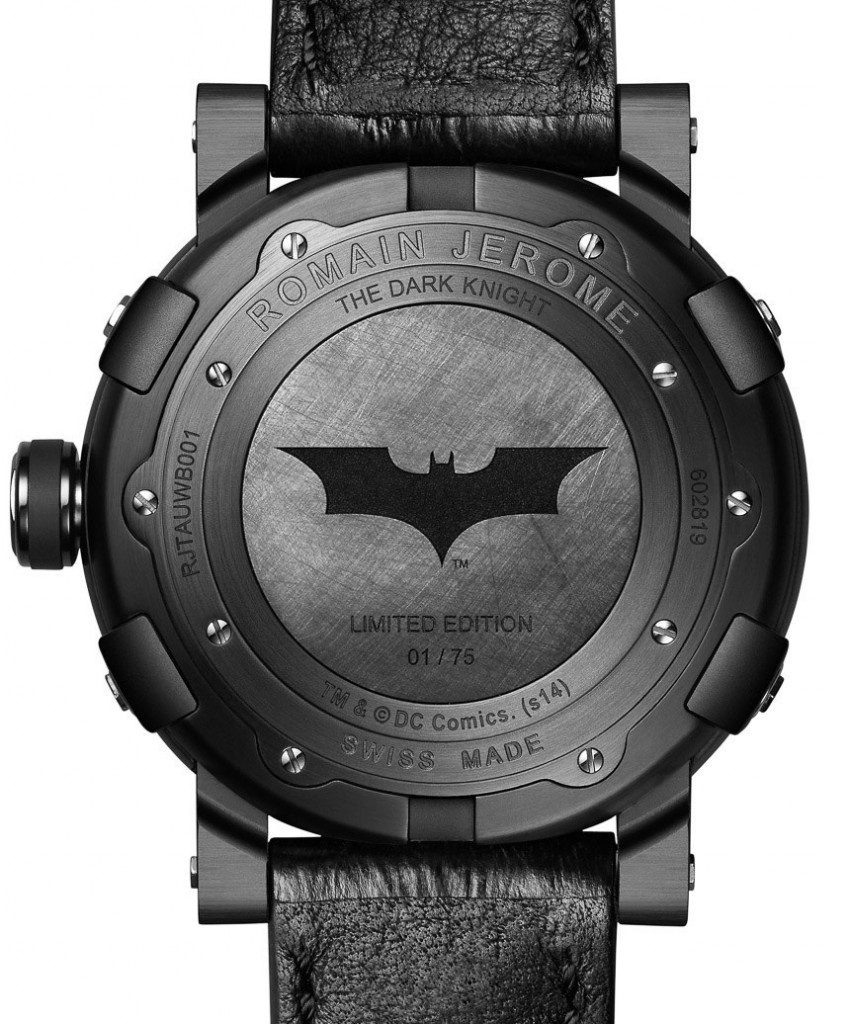 In all the 46mm Romain Jerome Batman-DNA watch is powered by a Swiss-made automatic movement. Since this is a debut, I can’t go any further on the details yet, I could speculate but that is rather harsh in this business. Although, the watch doesn’t have a transparent caseback, just the formal branding and the ass-kicking Bat logo with the Limited Edition label marking the exact number of the watch out of 75 pieces is enough though. It’s good to know that watchmakers could partner so well with entertainment industries like DC comics. Personally, I love the idea and I love to see more icons built by Romain Jerome. 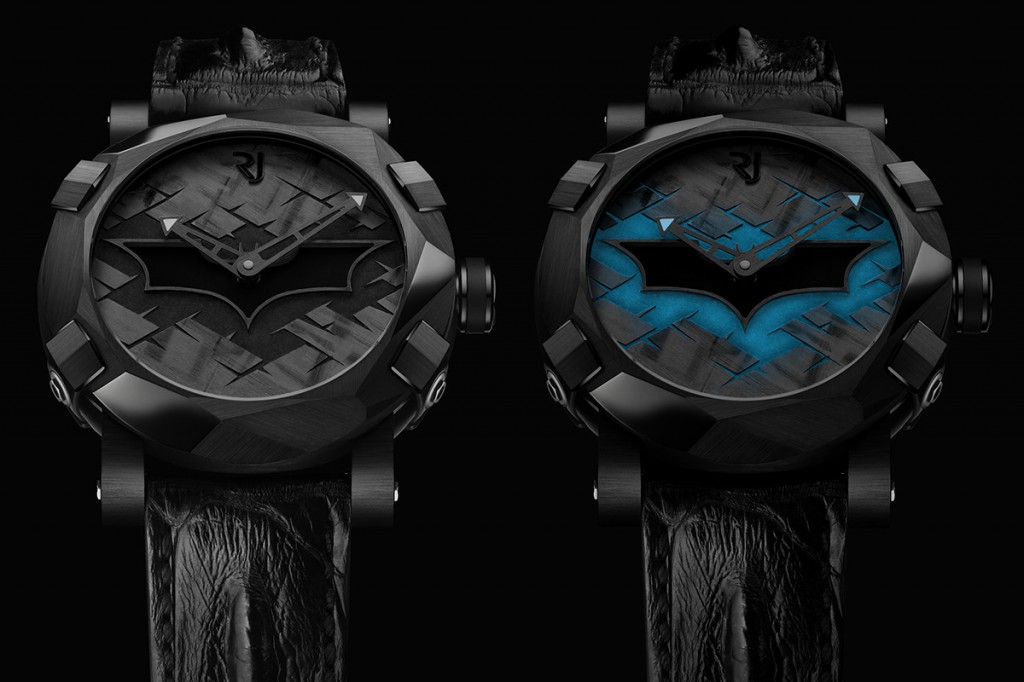 For now, I’m just fascinated with the Batman-DNA watch, knowing that it’s a high end watch is already worth having it in my wrist. Then, the “day view” and the “night view” really come in handy in the real world as the SuperLumiNova glows in the dark with a “blue emission” of light on the dial. At $18,500 a piece, For those with extra money to spare, this collectible is a must have. For more info, please visit romainjerome.ch