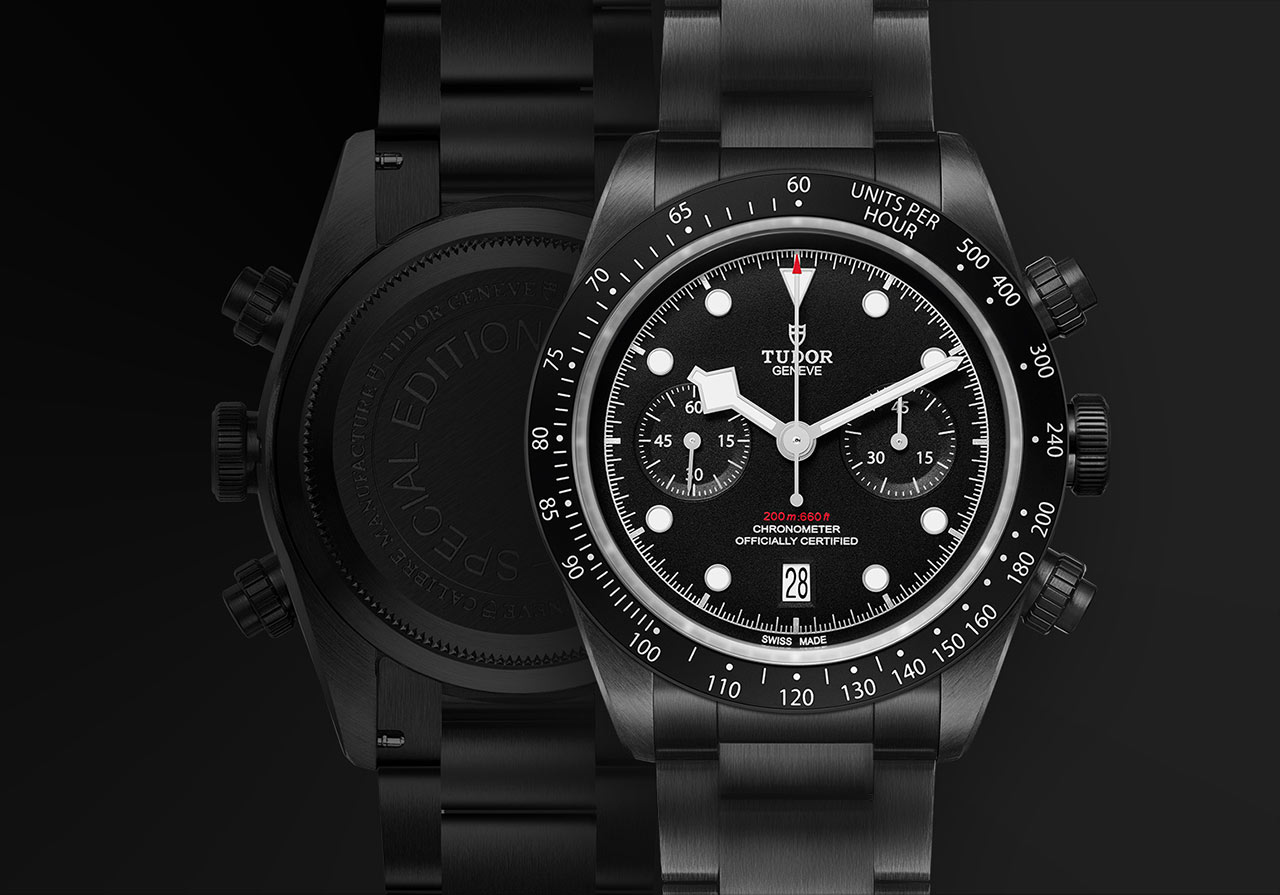 The 2019 Rugby World Cup begun just a few days ago in Japan. To commemorate the grand sports event and its association with New Zealand’s Rugby team, Swiss watchmaker Tudor, the official timekeeper of the event has launched a new timepiece.  The new Black Bay Chrono Dark Limited Edition is a bold and sporty chronograph that has been fully dressed in black like the Kiwis, the defending champions of 2018’s Rugby World Cup. 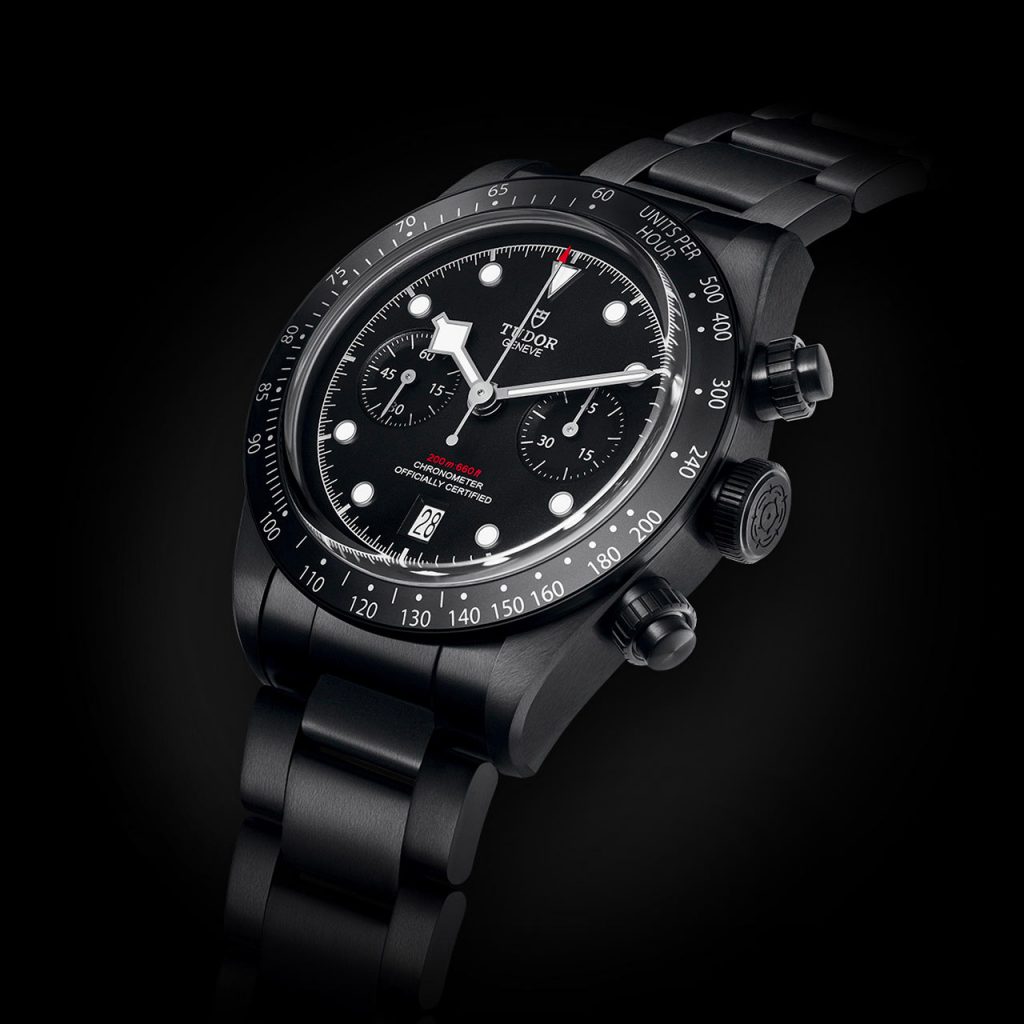 The New Zealand Rugby team has been one of the most successful international rugby teams of all time. Commonly referred to as “All Blacks”, the team gets its nickname from its fully black outfit which was formally adopted by the team in 1893.

To fall in line with the all-black theme, the stainless-steel case/bracelet on the Tudor Black Bay Heritage Chrono has been given a black PVD treatment, which lends this watch a stealthy look. Dimension wise the case remains the same as its steel sibling. It still measures 41mm in diameter, has a thickness of 14mm and a lug-to-lug distance of around 50mm, all of which should make it wear comfortably on a variety of wrists. It features a satin-brushed finish throughout including the bevels on the sides which were finely polished on the regular Heritage Chrono. The right-hand side of the case is flanked by PVD coated screw-down pushers and an oversized screw-down crown which collectively ensure the 200 meters water resistance. 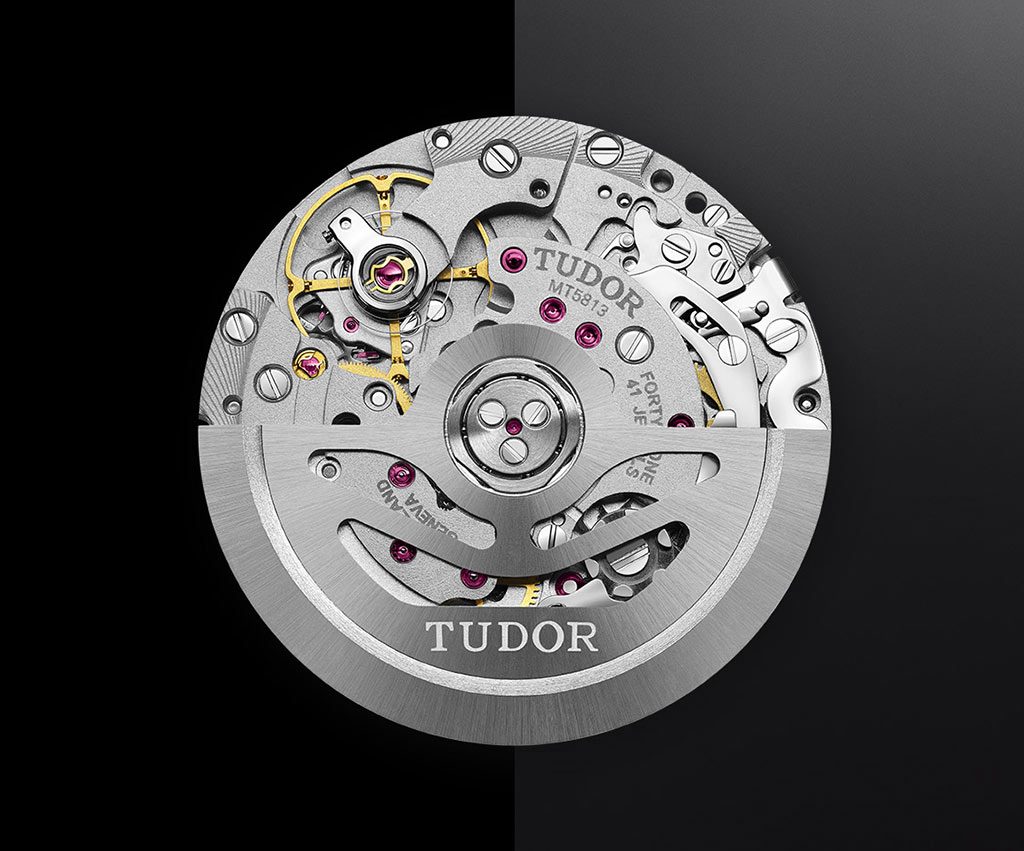 Sitting on top of the case is fixed tachymeter bezel which has been rendered in black anodized aluminum instead of steel. The case back which is once again PVD coated is of closed variety and hides the manufacture caliber MT5813 behind it. An automatic chronograph movement, the caliber MT5813 operates at a frequency of 4Hz and offers a power reserve of around 70 hours. The movement features a column wheel mechanism and is also COC certified to ensure accurate timekeeping. The case back has been engraved with the “SPECIAL EDITION” text along with the limited-edition number. 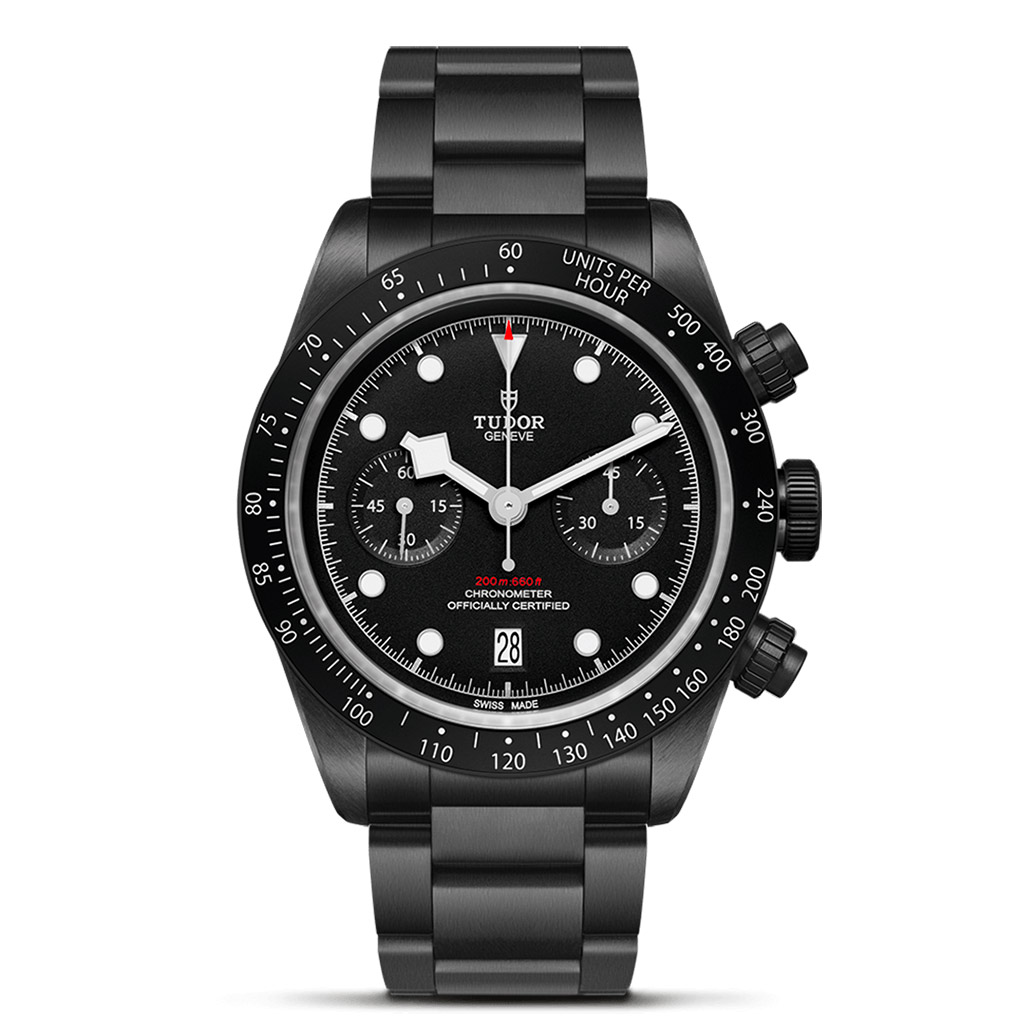 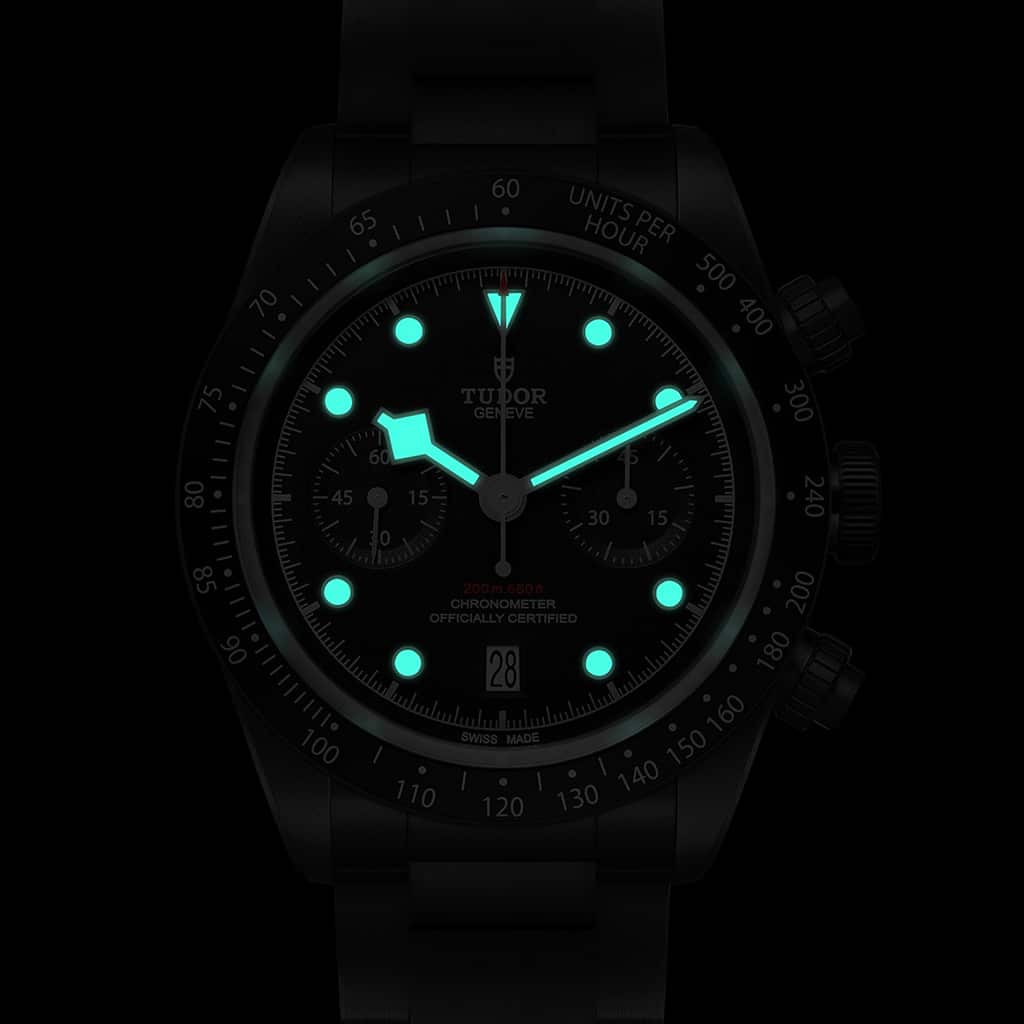 The dial on the Tudor Black Bay Chrono Dark sees minimum changes and remains almost similar to the 2017 version. The matt black textured surface, the balanced bicompax layout, the applied lume filled hour markings, the perfectly placed date window at 6 and the signature snowflake hour/minute hands, are all still there. So, what is it that makes the dial on this watch different, you may ask? Well, it is a tiny but effective detail. The Heritage Chrono Steel came equipped with a baton-style chronograph hand which certainly looked the part, but the red arrow tipped hand on the new Black Bay Chrono Dark elevates the entire dial and makes it look more vibrant. It also perfectly matches the water-resistance text above 6. 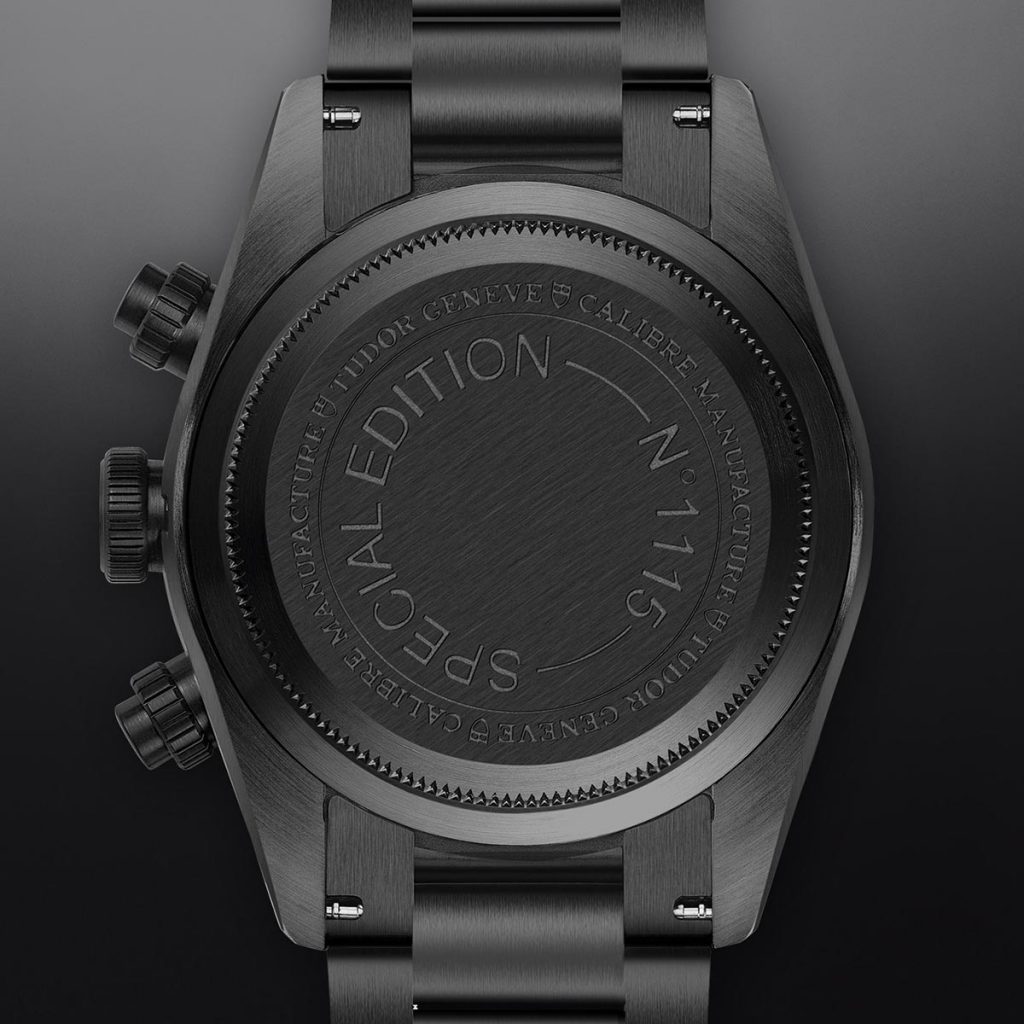 The new Tudor Black Bay Chrono Dark pays a fitting tribute to a great sport and team. The number of pieces produced would be equal to the number of players who made it to the “All Blacks” squad since the team’s creation in 1884, or 1181 pieces to date. Production would continue further as and when new players join the team. The watch would retail for EUR 5,590.