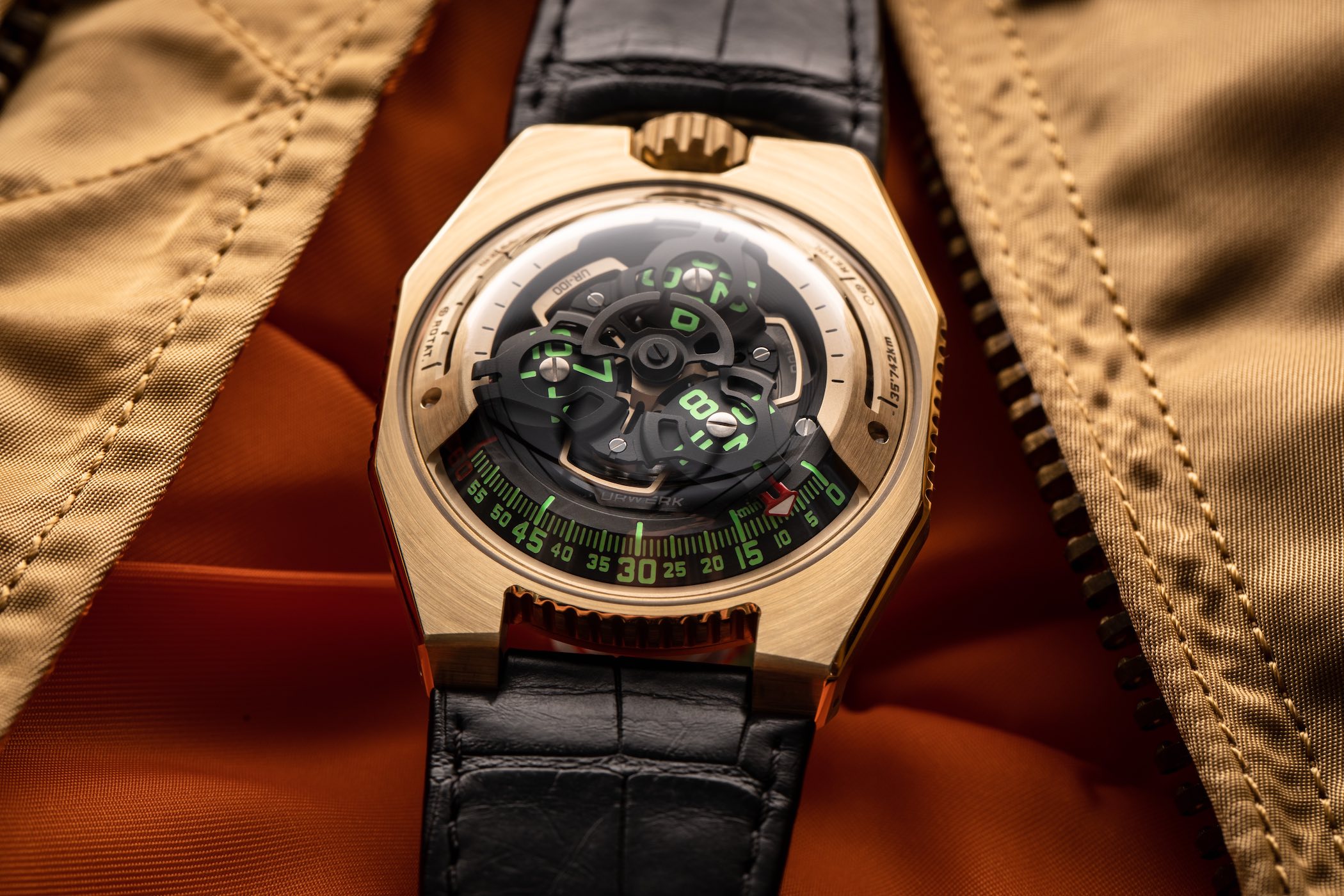 Urwerk released its sci-fi Horological masterpiece the UR-100 last year in a couple of variations which included the initial steel models and the special gunmetal version. While these watches were nothing short of grails, Urwerk has now upped the level of luxury even further by introducing a full gold version of the UR-100. 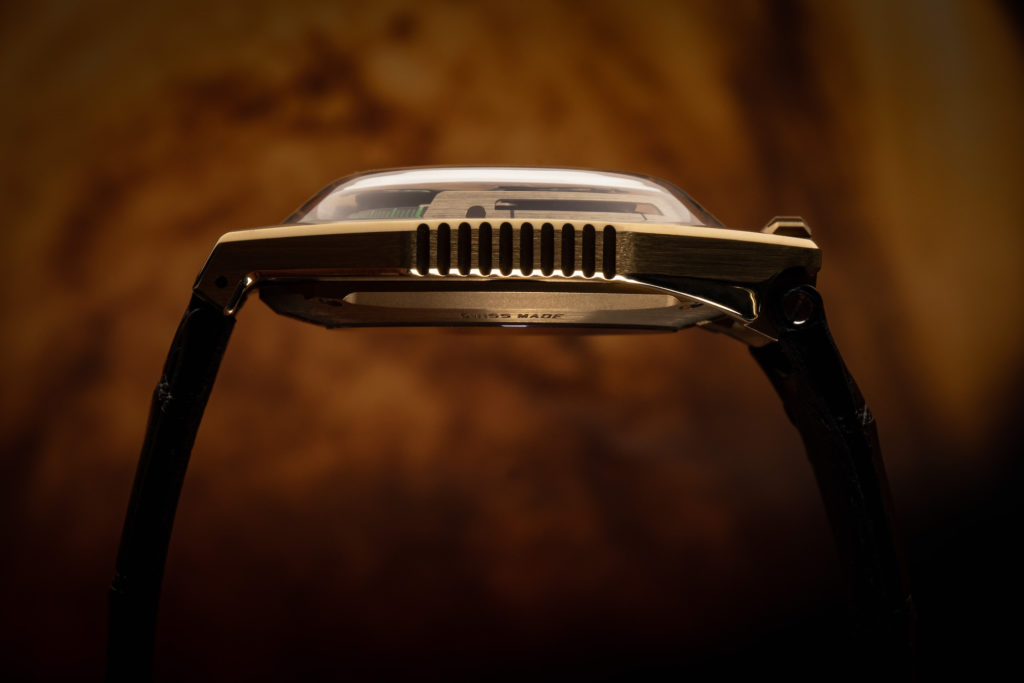 Urwerk watches have also stood out for their unique time-telling experience and the UR-100 is no different. Just like every other Urwerk, there are no hands on the UR-100, instead, it uses the brand’s signature rotating satellite mechanisms along with a circular printed minute scale to indicate the time. But the UR-100 goes well beyond keeping time. Using two additional displays on the left and right, the watch can tell the wearer the distance traveled on earth in 20 minutes and the distance traveled by the earth around the sun in 20 minutes. The information is indicated with the help of the red arrow pointers on the hour satellites after they disappear from the main dial. 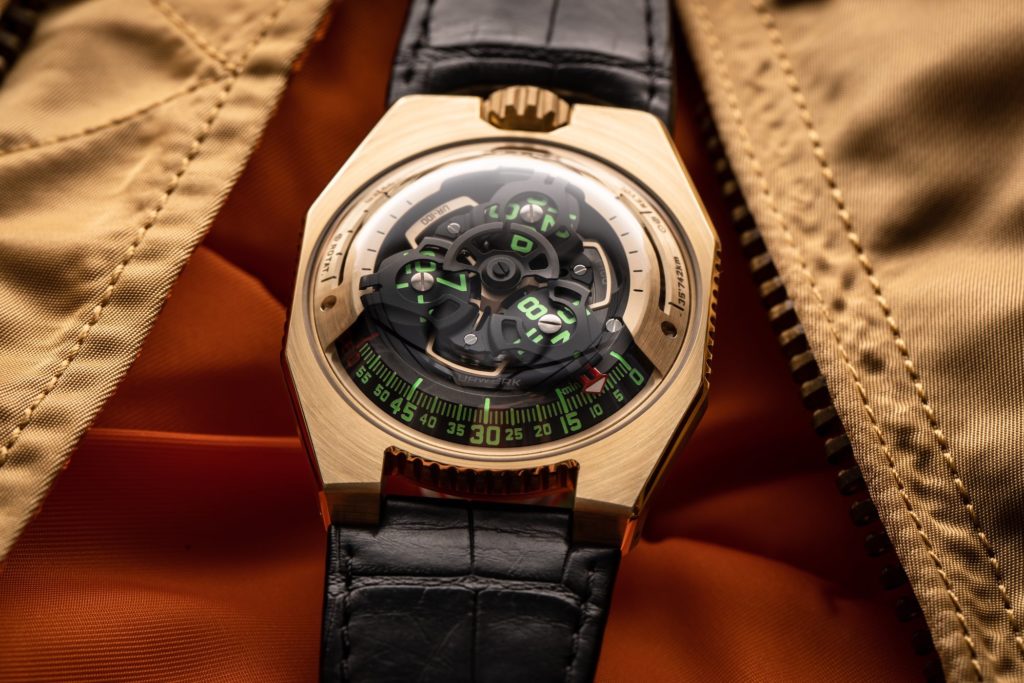 While the space-age display on the UR-100 is quite captivating and familiar, it is the case on this reference that makes it special. Still measuring 41mm in diameter, 50mm from lug to lug, and 14mm in thickness the case has been constructed from solid 18k 2N yellow gold. The use of Gold not only emits a nice warmth but would add some re-assuring heft that is generally associated with luxury watches. The case features some nice brushing throughout and contrasts nicely against the black dial. Water-resistance is limited to just 30 meters. 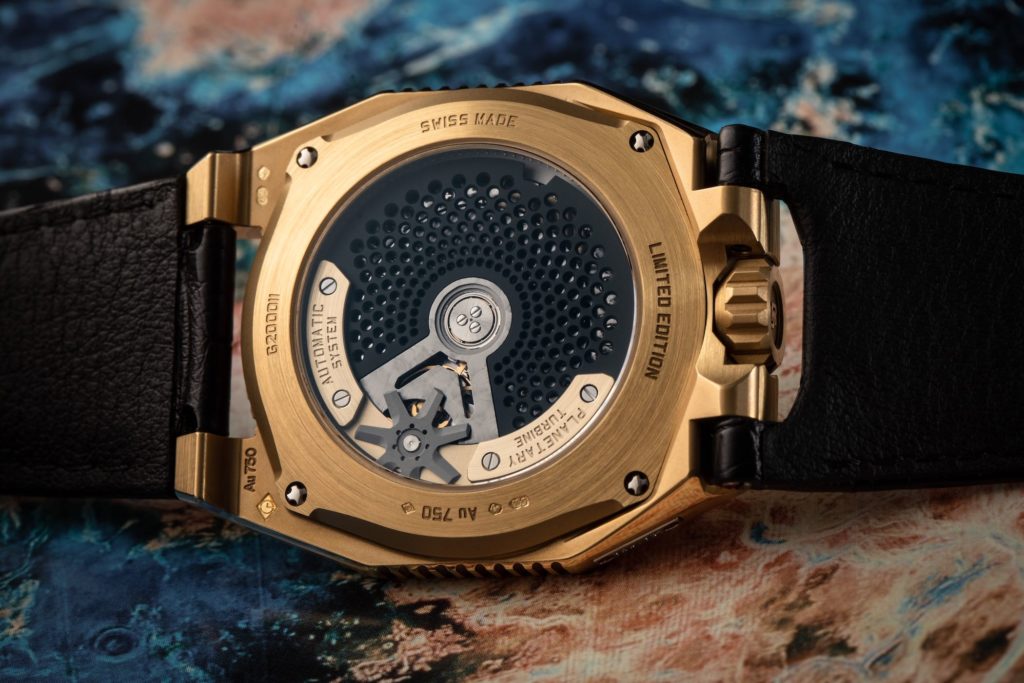 Powering the watch is Urwerk’s caliber UR 12.01. The movement operates at a frequency of 4Hz and offers a power reserve of around 48 hours when fully wound. The movement features special modules for the planetary functions developed in-house by Urwerk. Flipping the watch over one is greeted by a special speed-regulated winding system once again created by Urwerk themselves. 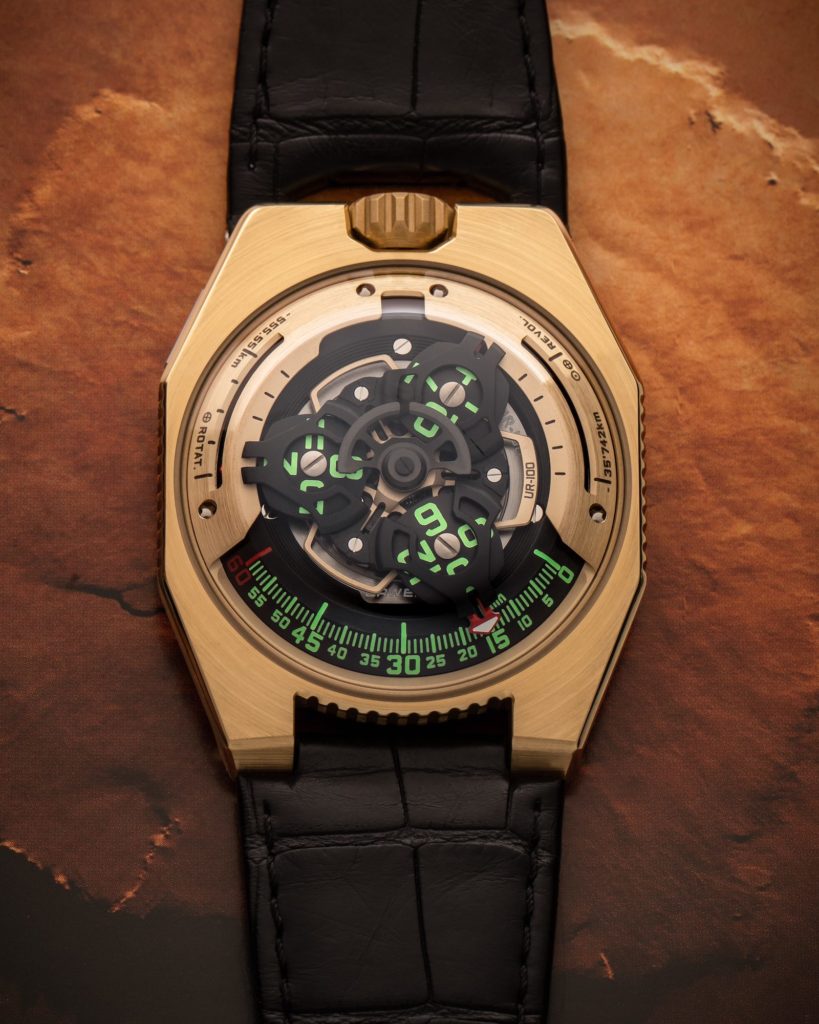 The Urwerk UR-100 Gold Edition is limited to just 25 pieces and would come attached to a black leather strap with a yellow gold pin buckle. The retail price has been set at CHF 58,000.