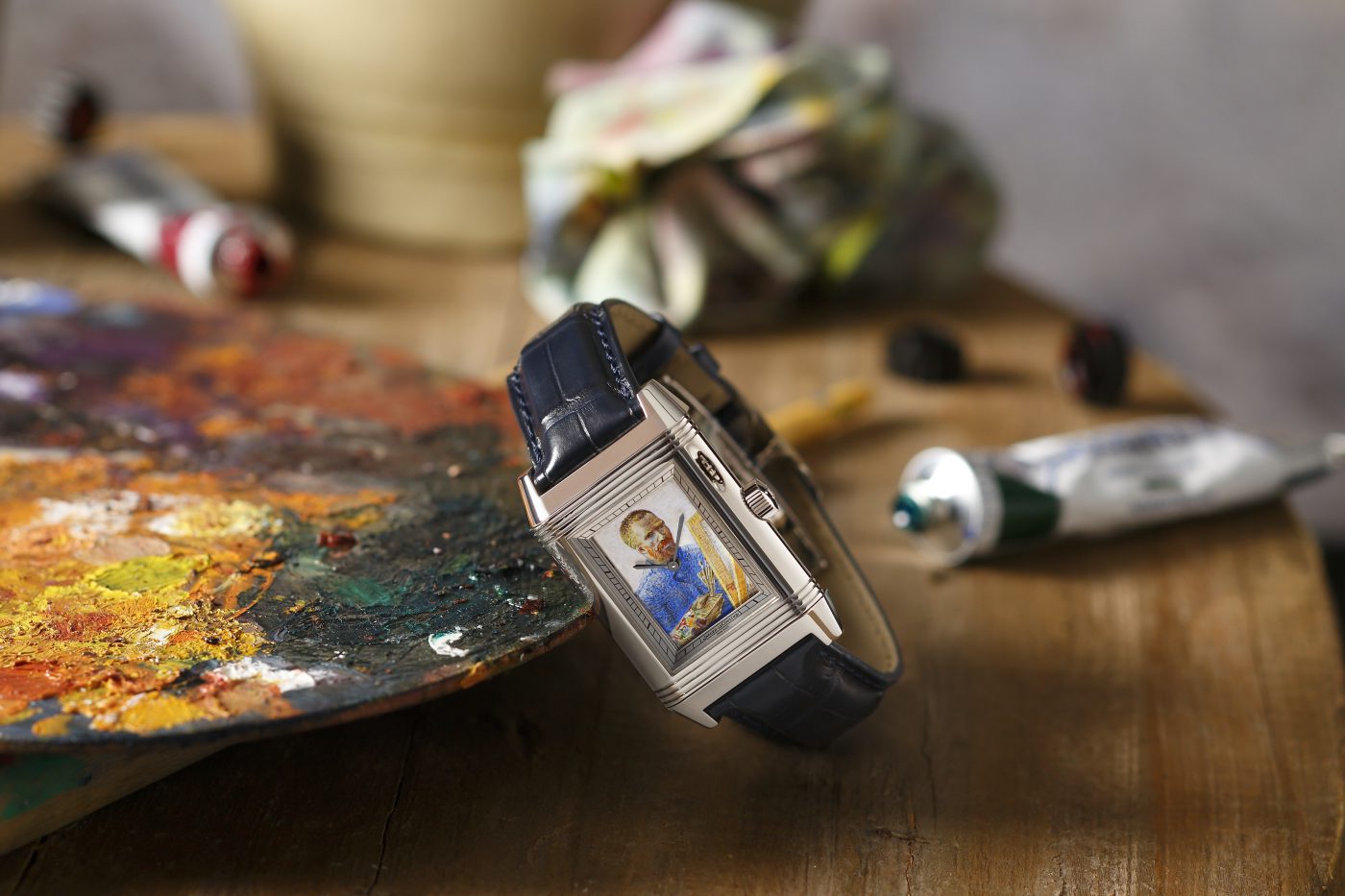 Some say he was the finest artist that has ever lived, that his paintings gained the most respect long after his passing and that today they are the most valuable of them all. If you had asked the locals of the time what they thought of the arts of Vincent Van Gogh then they would have laughed and called them absolute rubbish, luckily we have moved to see them for the wondrous works they truly are. It seems that someone at Jaeger-LeCoultre has agreed as this new Reverso has the subject in question’s face plastered slap bang in the middle of the dial, lucky him eh?

On the dial of this watch is one of his most famous portraits, Self Portrait as a Painter. It’s up there with such works as ‘The Starry Night’ and ‘Cafe Terrace on the Place du Forum’ (those would also be some interesting suggestions for the people at Jaeger-LeCoultre if this turns into a series of special editions). The enamel painting on the dial is super accurate and captures the work of the man himself effortlessly and is a fine art that is mastered only by Jaeger-LeCoultre and a few other select companies.

The watch will be made four times in total with one going to the Van Gogh Museum in Amsterdam. The others can be purchased of €101,000 a piece which is not only thanks to the exquisite artwork on the dial but also the solid platinum case. It’s the classic shaped Reverso that we all know and love very deeply and as such, not something I’m going to cover it my usual ridiculous lengths like I do in my other articles. This doesn’t mean though that we cannot mention the absolute gem of a movement that this watch has inside it. The hand-wound Calibre 849 movement inside the watch is an ultra-thin movement measuring at just 1.85mm thick, it’s also a round shape to accommodate the Eclipse system inside. 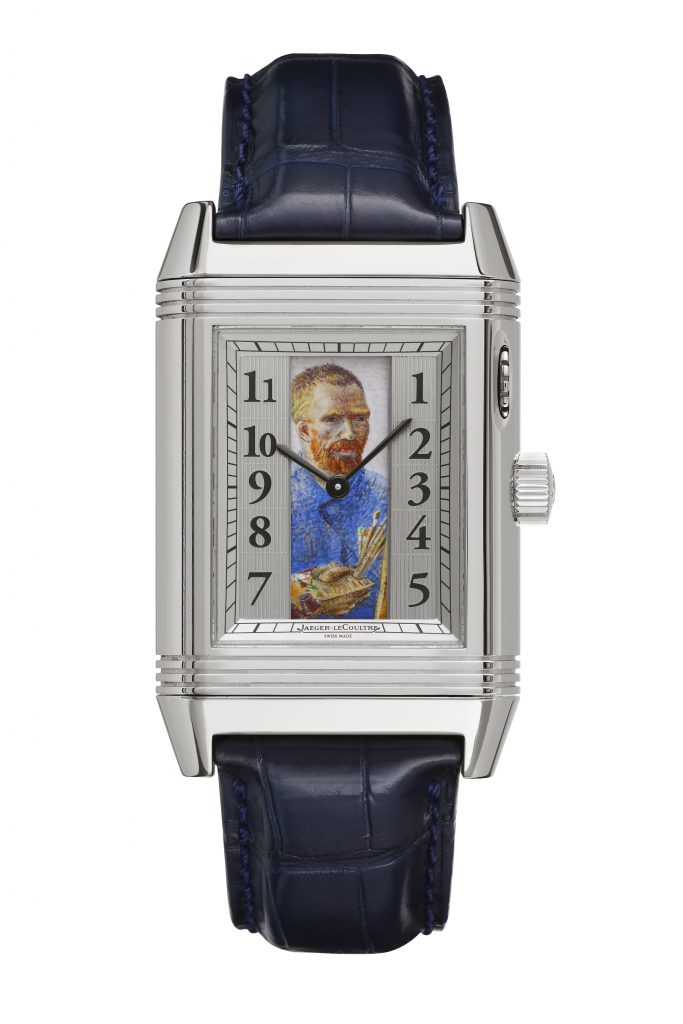 In case you got tired of Van Gogh’s face staring at you with soulful eyes or the time or you were planning on meeting some iffy-looking nouveau riche folks you can make use of the small wheel at half past one on the reversing case. This tiny wheel controls the Eclipse system, tiny shutters on the dial that rotate around to reveal a plainer styled dial that we are used to seeing on Reverso watches. Although there is the built in Eclipse system I should also note that this watch does indeed reverse just like every other Reverso watch, it’s handy they didn’t make that little wheel too large, but some might find themselves struggling to use it. For more info, please visit jaeger-lecoultre.com