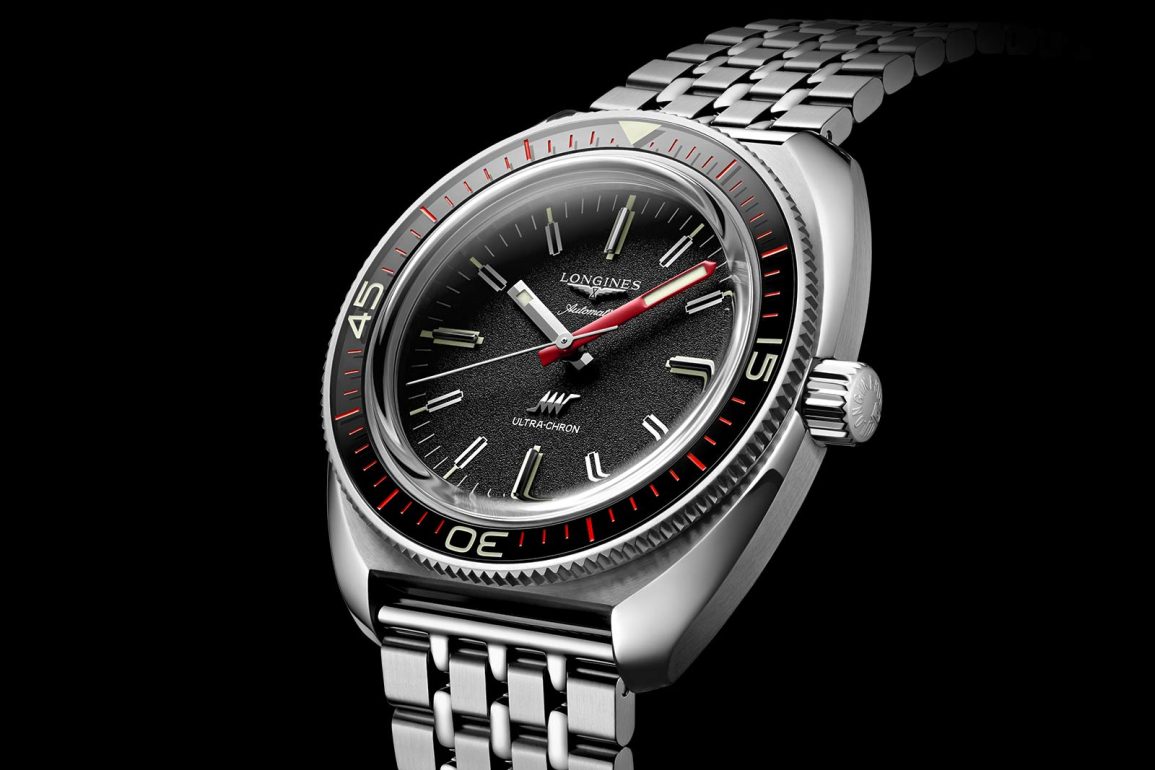 Vintage re-issues have been something of Longines’ forte in recent years. It’s tricky to balance new ideas with old designs to please everyone, but overall, I think they’ve done a good job. It helps that Longines has a rich history just waiting to be tapped into by competent people. Case in point, the new Ultra Chron, which is inspired by the original from 1968. 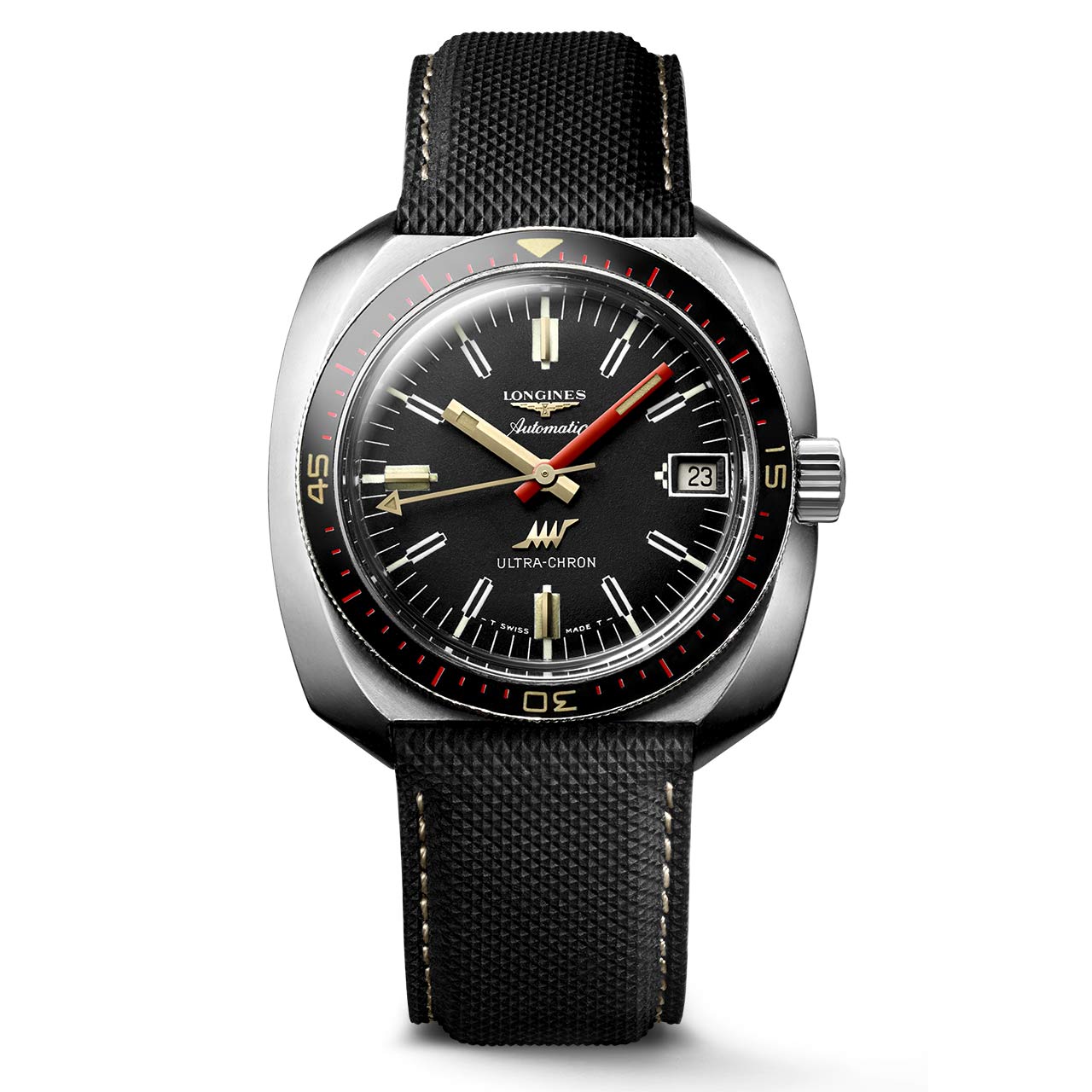 The 1968 model this new watch is based on was the very first diving watch to be equipped with a 5Hz calibre movement. You might be a little surprised to read that Longines was very much in the accuracy game and was trading blows with many other companies for the title of “maker of the most accurate watches”, I don’t think that’s the official title, but it’ll do. 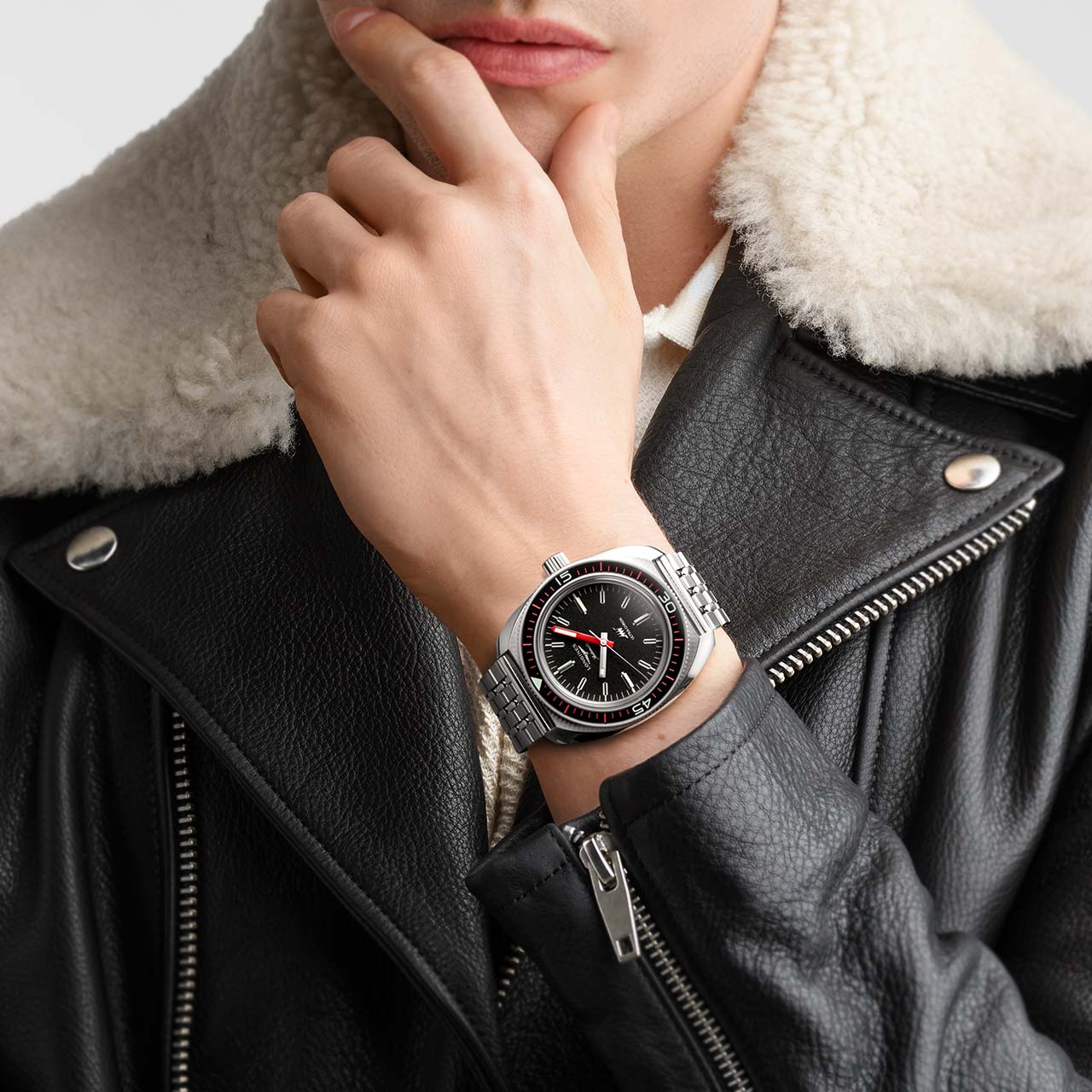 The old watch had a cushion-shaped case which was the style at the time, so it’s fitting that the new one has that too. It measures 43mm x 13.6mm and comes equipped with a sapphire crystal unidirectional diving bezel. This usage of crystal rather than ceramic allows for lume to be integrated which gives the watch a cool and modern look in the dark as well as being practical. A screw-down crown and caseback also mean there’s a water-resistance rating of 300m. 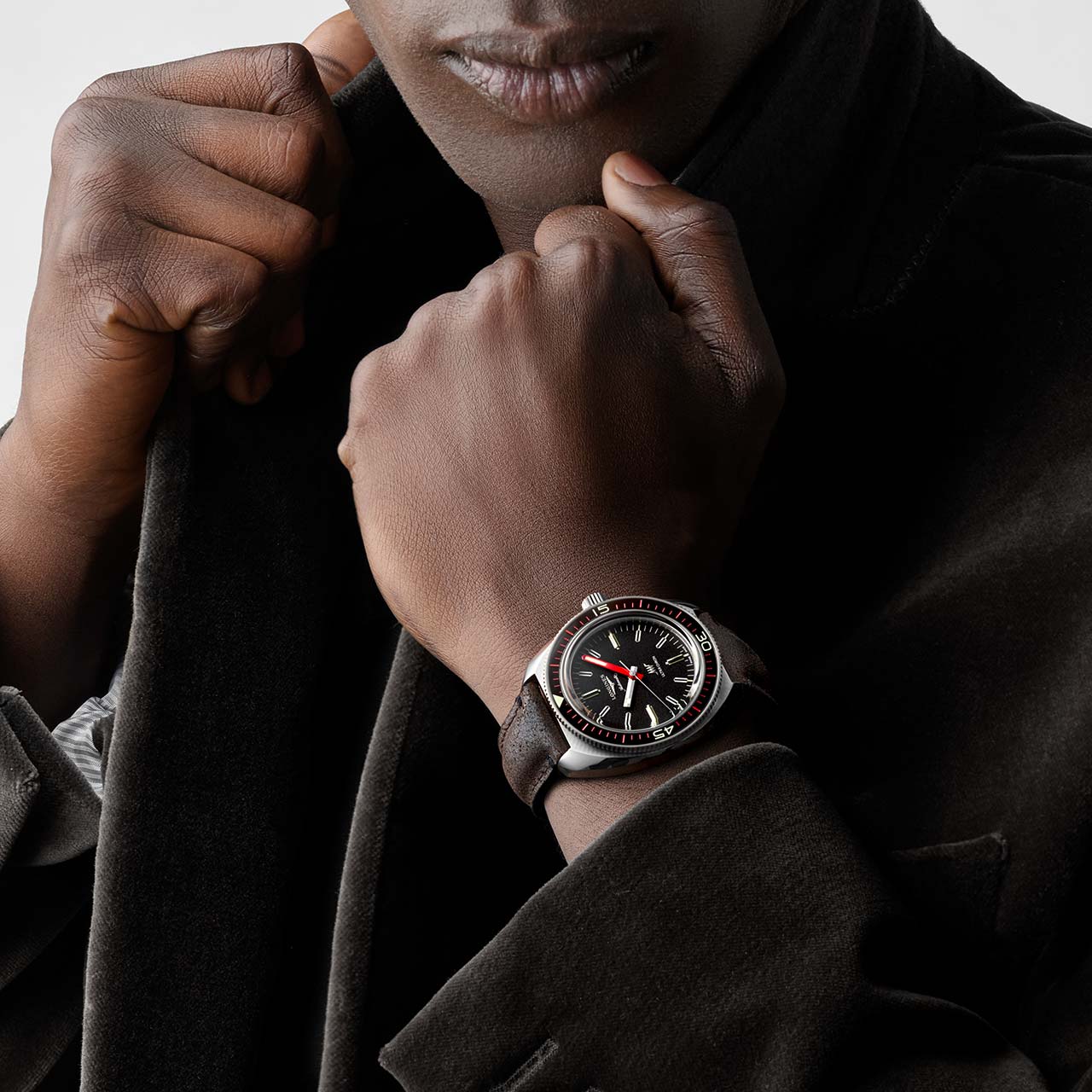 The black dial is very reminiscent of the original Ultra Chron, right down to the red painting of the minutes hand. The rest is polished and rhodium plated to give it some shine under the light. There’s SuperLumiNova for the hands and markers, and I like that Longines has removed the date window even though it was on the original. The Longines and Ultra-Chron logos have also been applied to the dial rather than painted which is a nice touch. 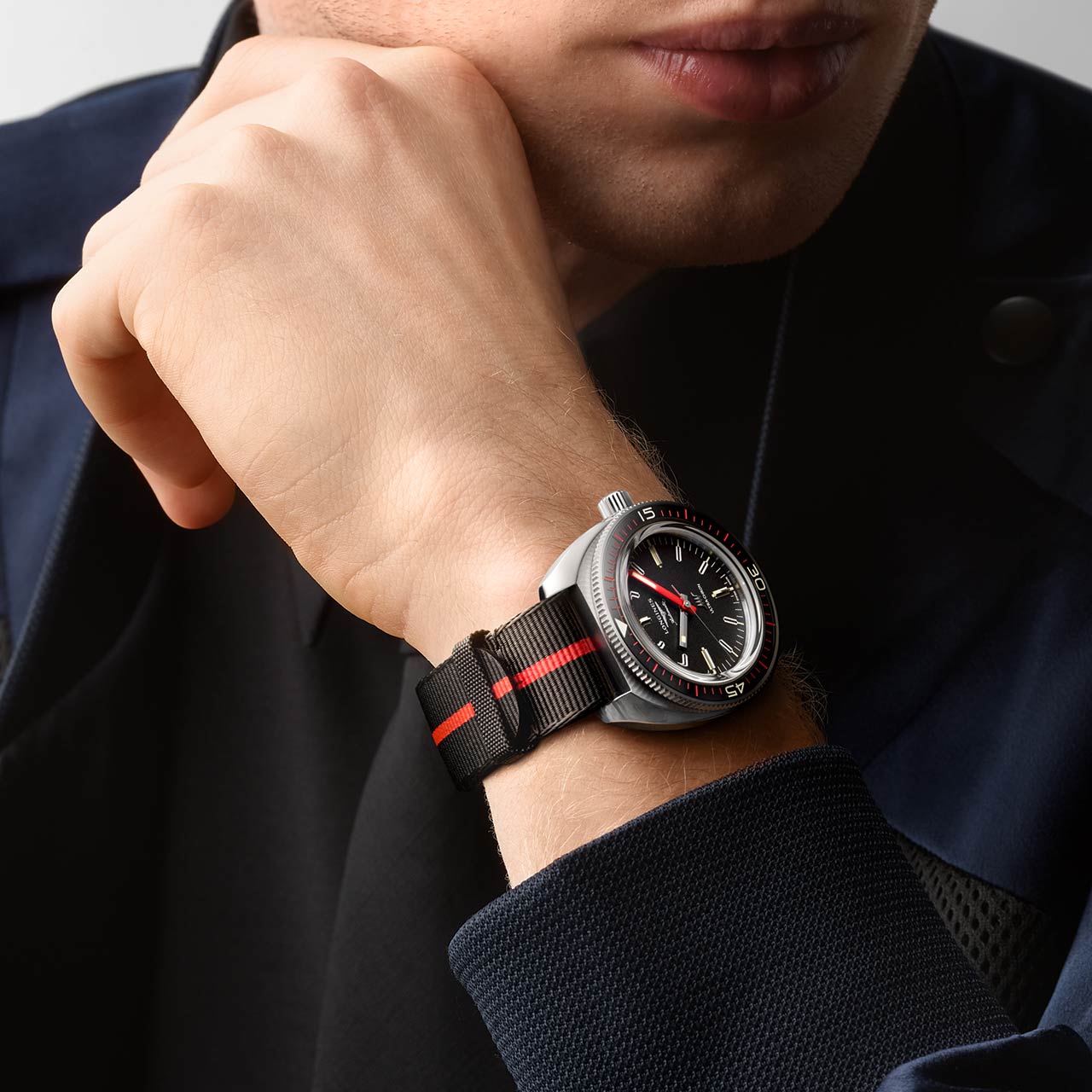 Inside that case is, you guessed it, a 5Hz movement. Oh yeah, this isn’t all show and no go like it might’ve been if it were made ten years ago. The calibre L836.6 is brand new and was co-developed by Longines and ETA, it has a 53-hour power reserve. Longines also worked with TIMELAB, a Geneva-based testing institute, to develop the Ultra-Chronometer certification. Like Omega’s Master Chronometer rating, the Ultra-Chronometer test is an endurance affair to see how well a watch can perform. The test covers a fully-assembled watch and tests it in five positions across three temperature ranges (8C°, 23C° and 38C°) over 15 days. It doesn’t seem to measure resistance to magnetism. The standard seems to be between -6/+4s per day, although other blogs who’ve had hands-on time with this watch are saying it’s way more accurate than this. 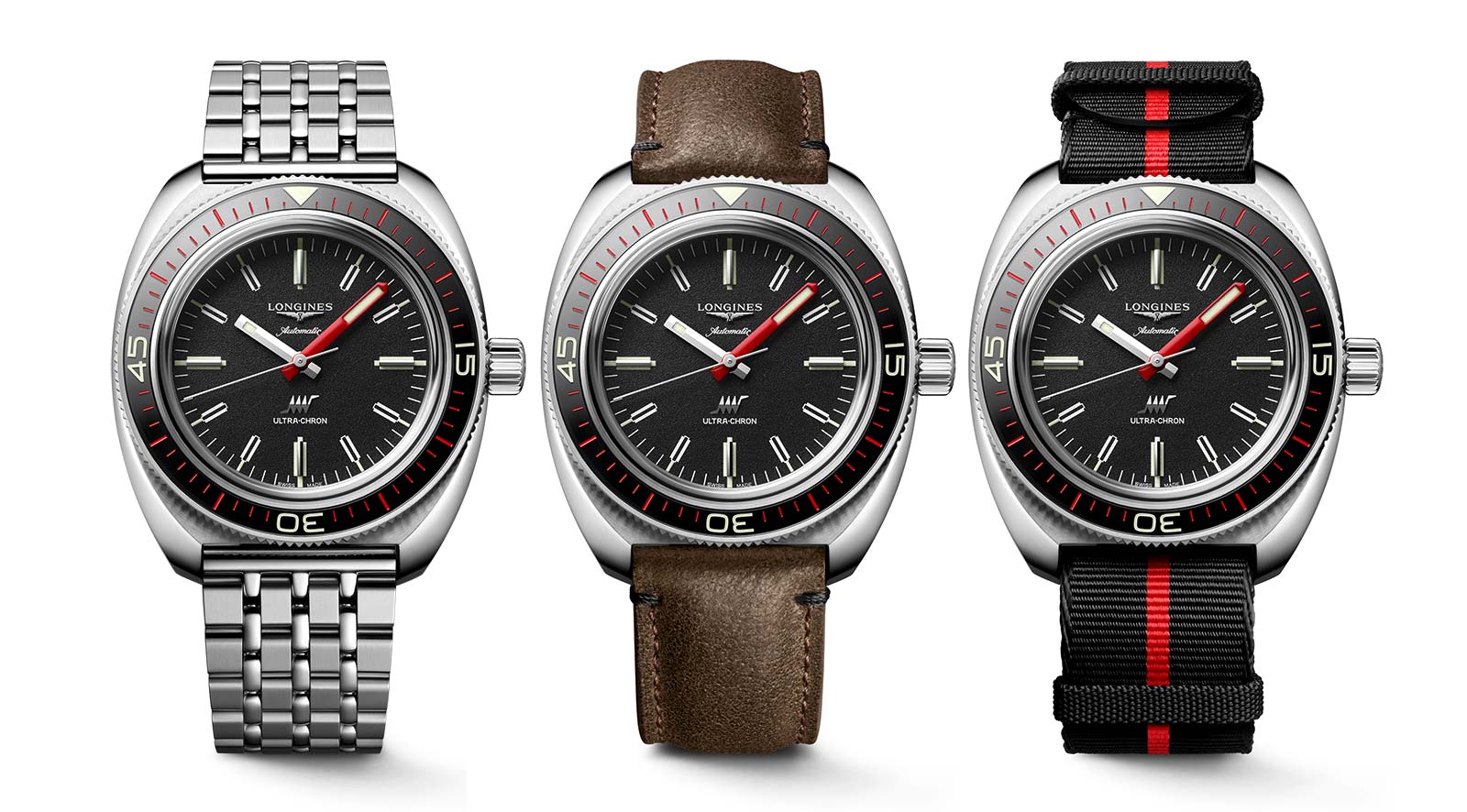