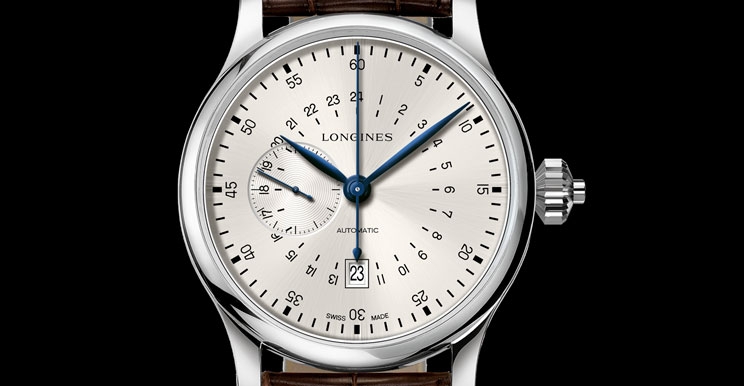 Longines is based deep in the Jura Mountains, Switzerland in a small market town of Saint-Imier since being foundered in 1832, also to be found in the village is the Longines museum, taking inspiration from their vast know-how and museum pieces they have released a tribute piece in their Heritage collection –  the Longines Twenty-Four Hours Single Push-Piece Chronograph based on their pilots watches from the 1950’s. The Case size is impressive 47.5mm to coincide with the model it is based on as the original was fitted with a pocket watch movement hence the size, but I have to say that it doesn’t seem to wear that big and feels smaller on-wrist even though I do like watches to have presence and feel like you are wearing a piece which this definitely has. 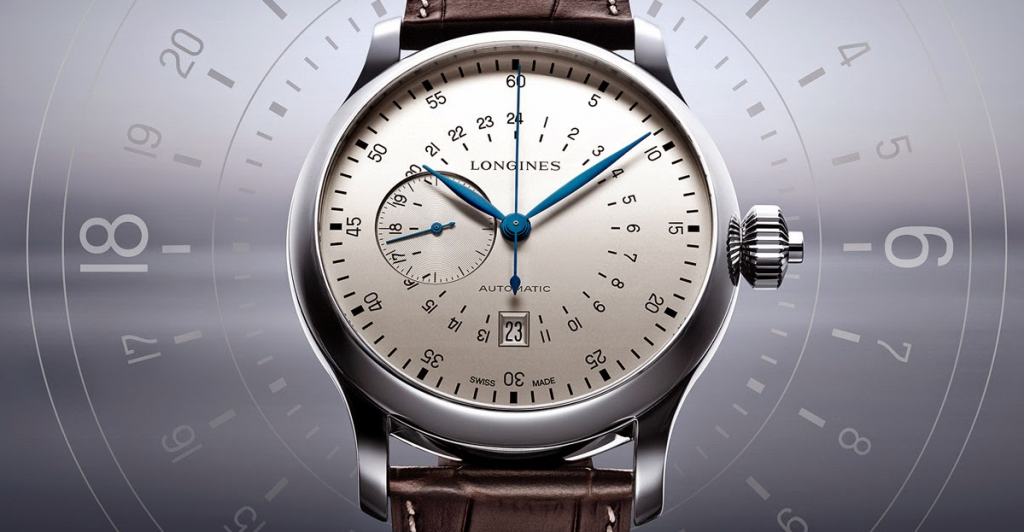 The solid case back has the famous Longines hourglass symbol decorated on it, but would have preferred to see an exhibition case back so we could ogle the movement but that’s just my personal preference. 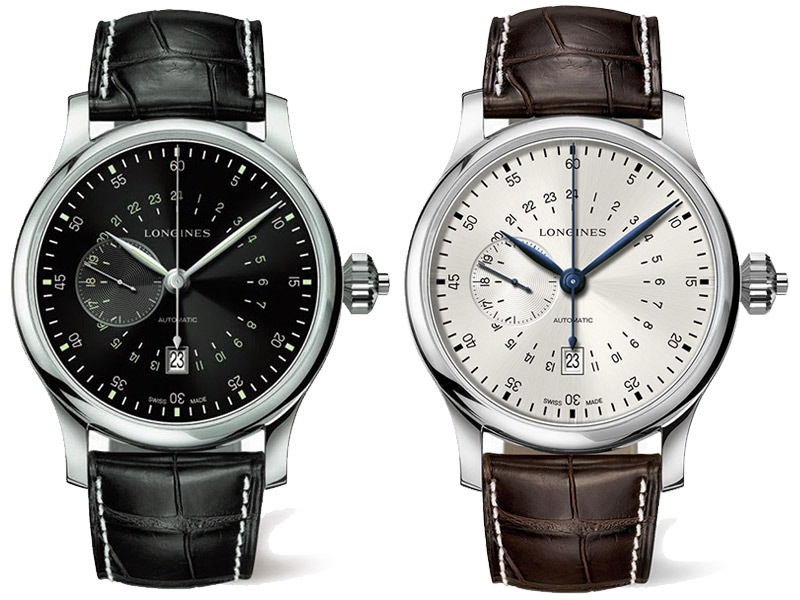 Available in two dial colours either black with white minute ring with rhodium-plated hands or my personal favourite a silver dial with black ring and blued hands which I like, both have super luminova added as well.

The dial layout works really well and doesn’t feel cluttered at all even with the amount going on with an inner ring showing the hours in 24 hour form, outer ring shows the minutes and also doubles as a centre chronograph hand. At 18.00 (where 9pm would normally be) there is a sub second dial which has been well thought out by Longines as it cuts through the hour markers so 17, 18 & 19 have been added to the sub seconds for conformity, not sure how many other brands would have thought that hard about the ascetics of a sub second dial. At 12’clock ( 6pm on regular dial) is a small date window not sure if it was a necessary addition but as it is very unobtrusive then it probably doesn’t matter. 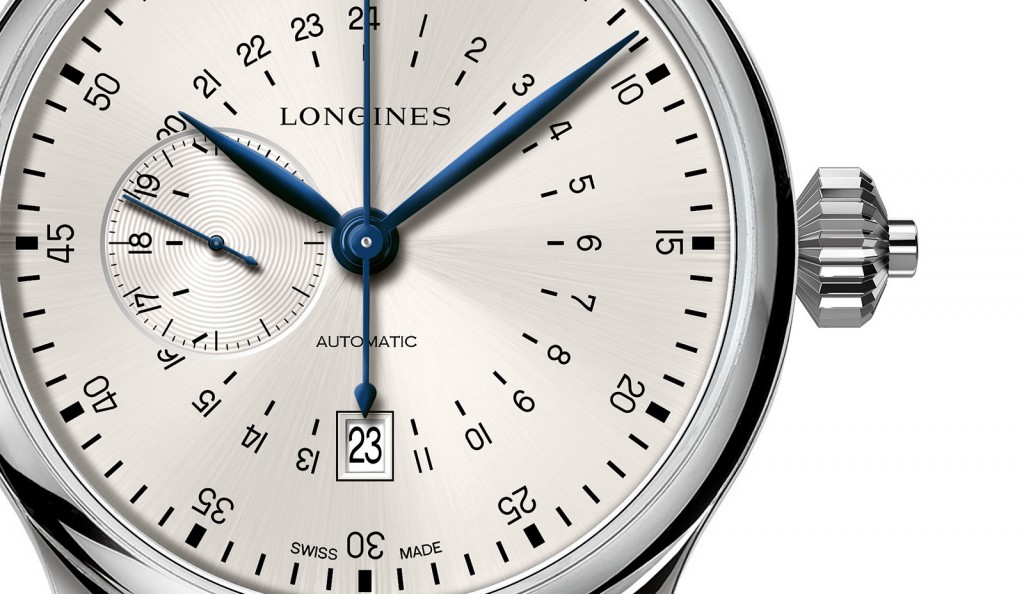 This is a single pusher chronograph, so instead of the normal crono buttons above a below the crown, single pushers have the crono start/stop/reset inserted into the centre of the crown as you can seem, it protrudes slightly further than a normal crown.

The movement is the very impressive Longines self-winding column wheel chronograph calibre L789 with a power reserve of 54 hours, this is the same movement recently fitted to the 180th anniversary Monopusher. Strap is either black or brown alligator depending on the dial colour with buckle and aviators extension.

Normally speaking I’m not that fused about twenty-four hour dials unless they are on a single-handed watch but this did grab my attention with its classic size deriving from pocket watch movement being used originally and its clean lines, you can definitely see that Longines used a piece from there museum as inspiration with meticulous eye for detail. For more info, please visit longines.com