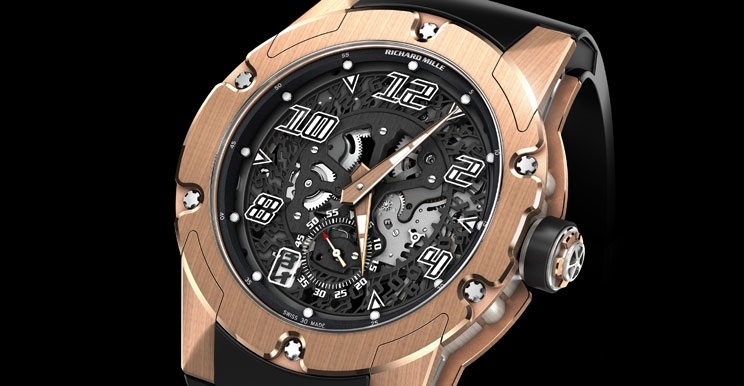 Let’s take a look at the pre SIHH 2015 presentation piece from Richard Mille, the Swiss boutique brand that’s been enjoying a renaissance of sorts lately with it’s rising popularity. Although it’s synonymous with tonneau style pieces, we shouldn’t forget that they do make round pieces. 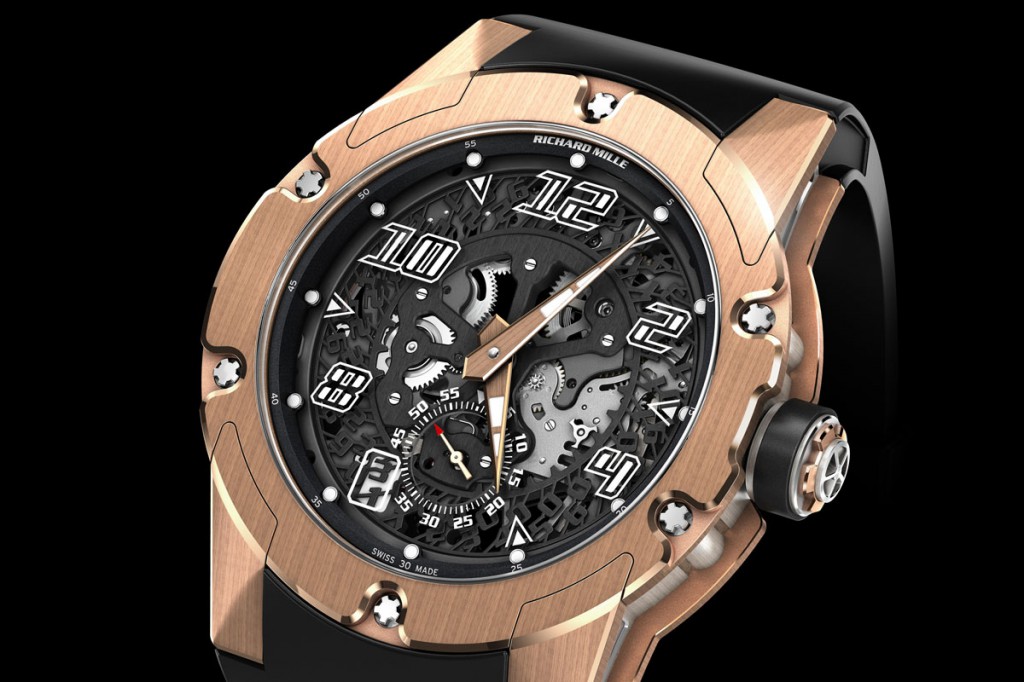 This particular piece has a skeletonised movement which is absolutely beautiful. It’s suspended in place by certain titanium anchor points that are matte black. There’s also the seconds hand a the 6 O’Clock point, under the two central hands that have a fairly small amount of lume applied. In case you were wondering, the numbers also have lume on them too. 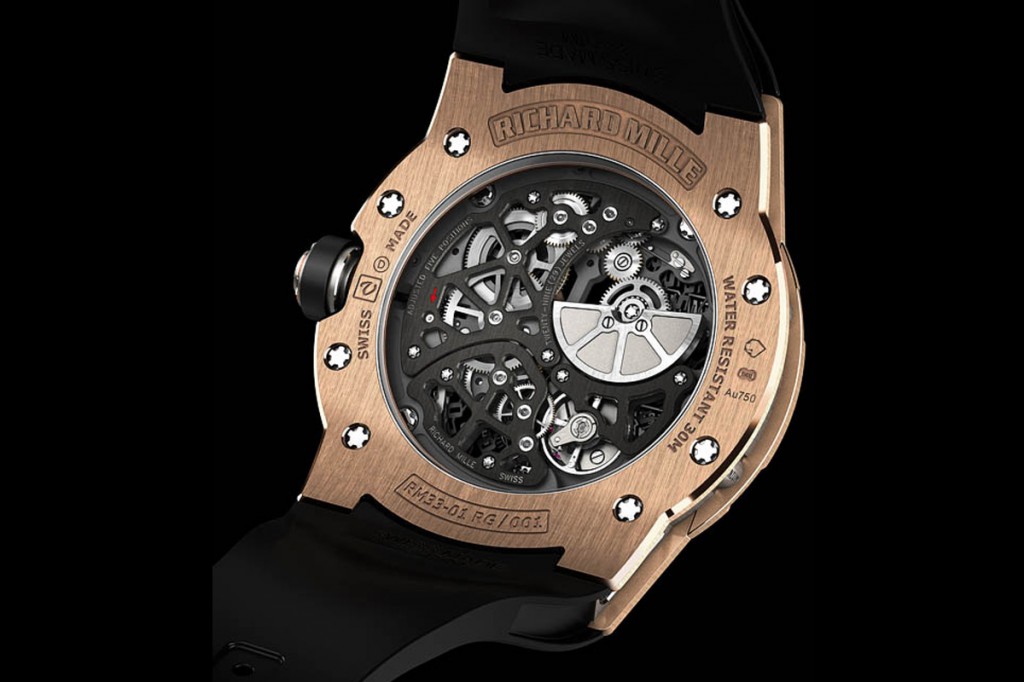 Much in the style of the Cartier Santos and the Audemars Piguet Royal Oak series, the RM33-01 has exposed screws in the bezel. However, unlike the two aforementioned pieces, the RM33-01 features security screws. Anyone  who knows anything about watches would understand that those screws not only decorative do actually hold the watch together and would never tamper with them. Partially because it’s a lot of money to fix and the manufacturer would know that the case has been  tampered with so the warranty would be voided. They are however very decorative and look great, fitting even for the industrial type look, especially because you can see the little tubes in the side where the screws go. The lugs have their own industrial look too, very squared off and they look removable. But we advise you that you don’t try it. 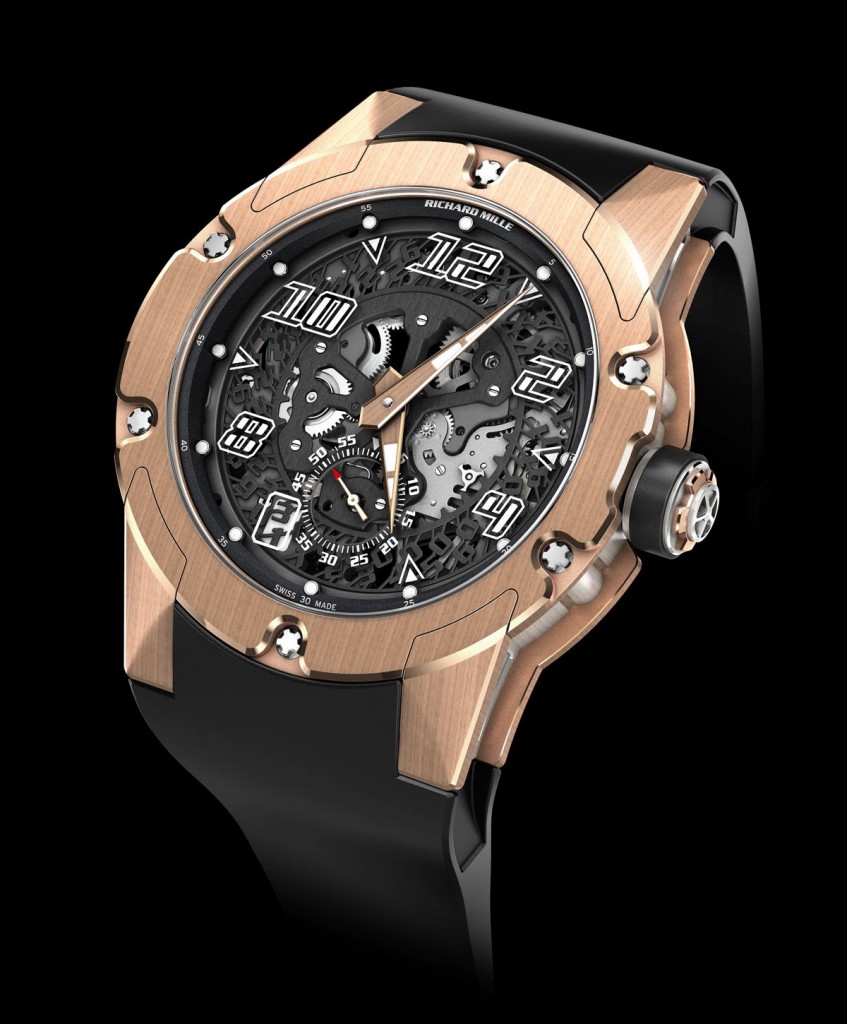 Let’s look at the strap. It’s a rubber setup with a folding clasp. It’s the standard equipment for the RM33-01 and is matt black, just like the the anchors on the dial. In a lovely little touch, the crown has this rumba on it too that you grip.

The case in either red gold, white gold or titanium. Quite a sporting type selection of metals, much the same way as the Royal Oak Offshore of a Hublot. And I think that’s the market I think the RM33-01 is trying to target. We’ll have to see whether it’s as much of a success as the AP and the Hublot, but Richard Mille is going to give it a good old go anyway.

Because this is a pre SIHH 2015 watch, we don’t have all the facts and specs for you, but when we do we’ll be sure to share them with you. For more info, please visit richardmille.com