Why Is The Rolex Submariner So Popular?

The Rolex Submariner is arguably the biggest icon of the watch industry, maybe even the biggest icon when it comes to luxury goods in general. But how did a watch, which was very atypical when it was first released back in 1954, achieve such a status?

When it was first released in 1954, it was one of the first watches of its kind. It was a divers watch, made for underwater exploration. Naturally, the target group of the Rolex Submariner was divers, fishermen and people in the offshore industry. At this time, Rolex was a brand whose goal was to make watches for the average Joe, affordable, yet sturdy and reliable watches was their vision. When the Submariner was first released, its price tag was $150, which was about the same as a two weeks’ salary for the average man, in other words, it wasn’t very expensive, nor was it considered a luxury watch. There are even stories of offshore workers and fishermen trading their Rolex for a beer down at the local pub when they came back from a long trip at sea. 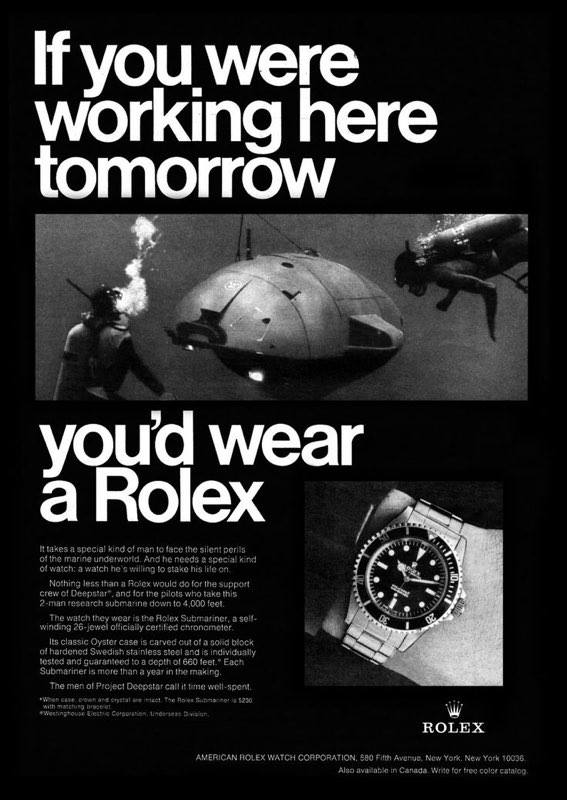 From 1954 until the 1970’s, the Rolex Submariner grew in popularity, very much due to the fact that it was an extremely well-made tool watch, but also because Rolex was very good at marketing it. You’ve probably seen the old posters from the 1960’s, “If you were working here tomorrow, you’d wear a Rolex” with a picture of two divers performing a challenging task under water. And the posters were true, if you were a diver, chances are you would be wearing a Rolex Submariner during a dive, simply because it was one of the best watches for the task. But in the early 1970’s, quartz watches were growing rapidly in popularity, and soon they were dominating the watch market. They were cheaper and easier to mass produce and they were much more reliable and accurate than a mechanical watch. A lot of long time standing watch manufacturers vanished, simply because they couldn’t keep up with this new and better technology. Rolex’s sales plummeted and they soon realised they had to take measures to survive. They introduced the Oysterquartz collection, which essentially was more or less regular Datejusts and Day-Dates with a quartz movement. 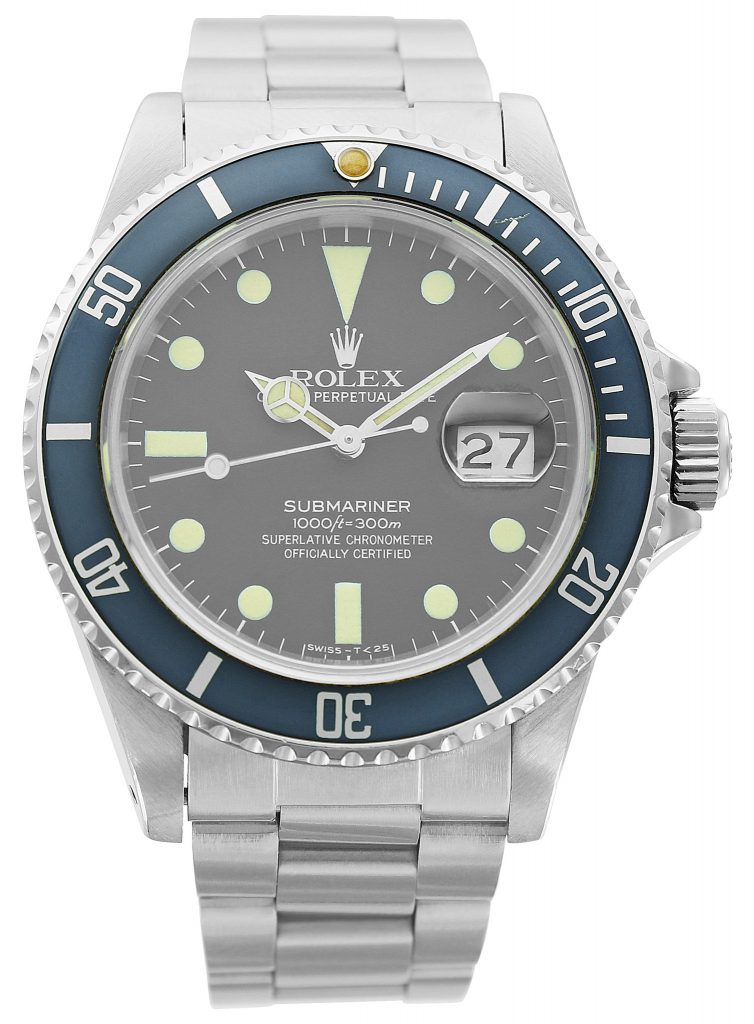 In the mid-1980’s, consumers began to appreciate mechanical movements again, and it was at this time the Rolex Submariner started to become a luxury item, instead of just a tool. The Rolex Submariner became popular amongst regular people with regular desk jobs instead of just a divers tool, fortunately. Because this was also the time when diving computers and better diving equipment became available. There was no need for a watch to time your dives, a small computer could to a much better job and had a lot of additional information that a mechanical watch could never have. Having a Rolex watch soon became a sign of wealth and success, much like having an expensive Mercedes, or a precious metal watch. As the popularity rose, so did the price, a Rolex Submariner was no longer a $150 watch that could be bought of a two-week salary. It was an expensive watch that would take months or even years for the average person to save up for.

The Rolex ads changed from tool watch scenarios to speaking at the UN scenarios, even though speaking at the UN does not require a sturdy and reliable tool watch. High-end jewellery stores began selling Rolex Submariners, which before were only available at divers and outdoor gear retailers. Rolex changed their image completely, from making sturdy and affordable tool watches to making expensive luxury watches. But the market and the consumers changed too, a few decades earlier, a stainless steel tool watch could never have been considered a luxury watch, no matter how expensive and complicated it was. Audemars Piguet experienced this first hand when they in 1972 created the first stainless steel luxury watch. It had a very sleek but rough look and housed a mechanical JLC movement. Naturally, it was not received well at first, with its rather high price tag. They had to make precious metal versions with quartz movements to succeed, but as the love and fascination for mechanical movements rose again, the steel version became a huge success, and at the same time, the Rolex Submariner became a largely popular luxury watch. This is a position they have kept.

To this day, the Rolex Submariner is the most popular luxury watch, and also the most forged. “Everyone” knows the name Rolex, and most people associate this name with wealth and fine watches, which they are. For more info, please visit rolex.com