Now let’s look at a very German piece, will it pack enough of a punch?

They say that no matter who invents something, the Germans can easily match the original. Just look at German muscle cars, nowadays they’re probably more popular than those from America, however I digress.

While the watch industry is most definitely a Swiss thing, every A.Lange & Söhne watch made is a testament to the fact that they will very happily take on the Swiss at their own game (and if you remember when they went up against Patek, they won. Read more here). However their traditional works are completely different to those of the Swiss. Where the Swiss are more than happy to keep things as simple as possible, the Germans love to make even simple things complicated. “Why?” you might ask, and to that I answer “well, why not?”. 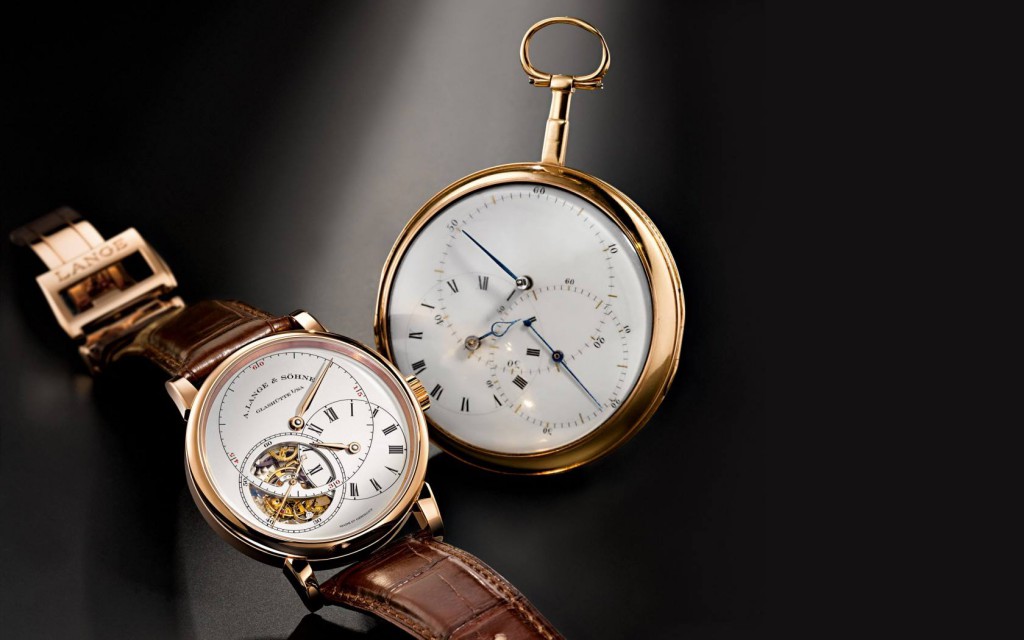 The Richard Lange Tourbillon “Pour Le Merit” watch is based upon the pocket chronometer No.93 timepiece which was made in the late 18th century by a master watch craftsman based in Dresden called Johann Heinrich Seyffert. One of this man’s chronometers went along with the Humboldt squid’s namesake, Alexander von Humboldt, as he ventured across the USA over a period of 5 years. With the Richard Lange Tourbillon, you’ll find that the dial is organised in a similar way to the Number 93 chronometer. The largest and most important sub dial is the minutes which takes up the largest portion of the dial and overlaps the other two. Down to the right of this is the hours dial which has switched places with the seconds hand compared to the original design as seen below. The clever part to this is that when the hour hand is pointing to the opposite side of the dial to the seconds sub dial, a section of the hours dial disappears from view at 12 O’clock and allows the wearer to experience the tourbillon in all its glory and then returns at 6 O’clock.

The tourbillon is connected to a seconds hand which is mounted on top of the circumference for the minute dial. As stated, the tourbillon becomes much more visible when the section of the dial flicks away. The 0.25g tourbillon is made entirely by A.Lange & Söhne and is unique in that it’s a hacking tourbillon. This doesn’t sound like much, but what it actually means is that when you pull out the crown the tourbillon, and therefore whole watch will stop running until its pushed back in. This means greater accuracy when setting the time as unlike other watches the tourbillon can stop no matter what position it’s in at the time. 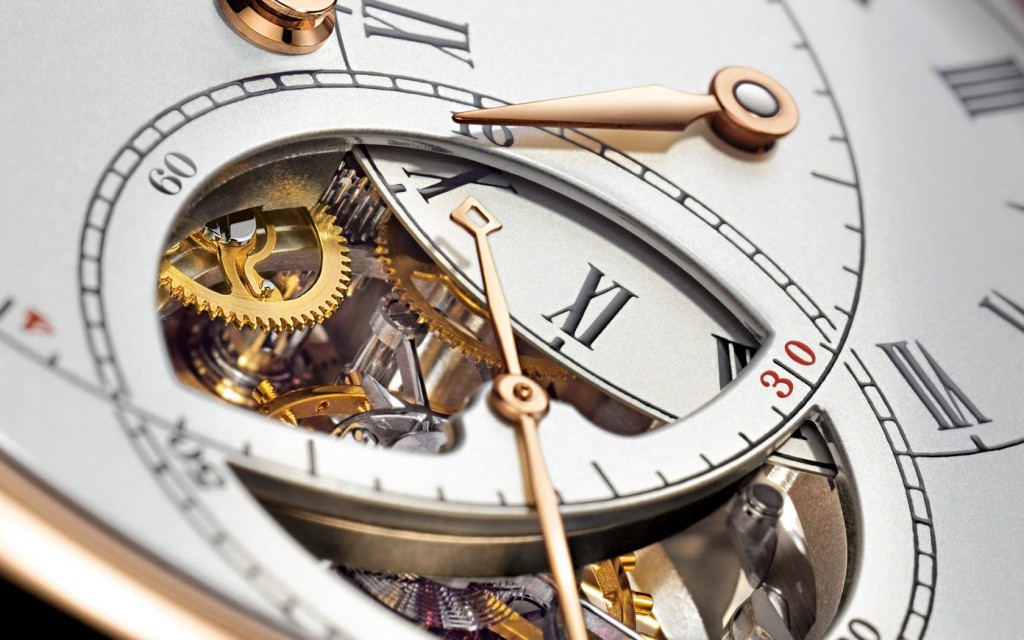 The calibre in this watch is a 100% in house German made A.Lange & Söhne calibre L072.1 and is made of 352 separate parts. This movement is very complicated for something which, other than the tourbillon, should be relatively straightforward. From the blued screws to the fusée chain it’s all been crafted with the loving care and attention a watch of this calibre should have. The watch is 42mm in diameter, 12.2mm in height and has a power reserve of 36 hours, meaning daily winding is pretty much guaranteed. If you can look past this detail however, you’re in for a treat. The watch is presented in solid 18K rose gold with rose gold hands. There was also a limited edition version of this watch in white gold with blue hands. Or if you are sick of everyone else having the same Lange as you then there’s the Handwerkskunst version of this watch which has a beautifully decorated gold dial. 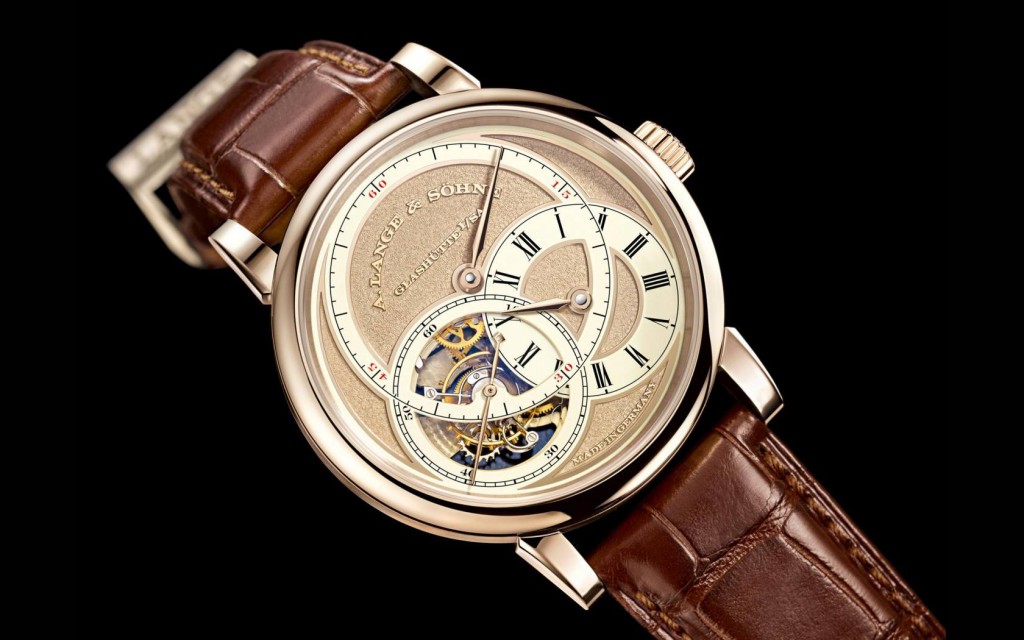 Now, as ever, we come to the deciding part of the article. The point where I choose to crown the victor for the month and then say farewell while some people remain stunned that I didn’t go for the obvious choice. I’m not going to build the tension about this winner as I’m simply too excited. It is, of course, the Richard Lange Tourbillon “Pour Le Merit” watch. 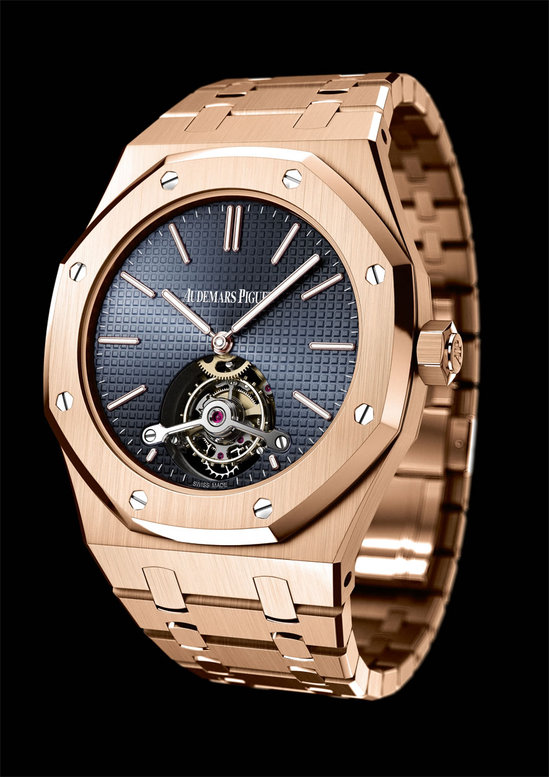 If the AP is up your street then it’s the clear choice for you. The brand is one of the best there is, the bracelet means it’s going to be more resistant to occasional wear as well as the elements and the design is such an icon that even today people still make counterfeit copies of. Also, because it’s the tourbillon model it’s extra rare and very special and you can have it in solid gold all over if that’s what you like.

However, Lange packs a lot more technology into its watches than it really has to, but they do anyway and this is where they storm into the lead. Innovations such as the V shape arresting pin that allows the tourbillon to stop anywhere and the jumping dial segment really put into perspective just how much work has been done on this watch. The leather strap may be a downside for some and the power reserve is 36 hours, but on the opposite side it’s unlikely this watch will be worn daily and you can stop the watch when you put it into the safe so it will have power when you take it out again. I should also point out to you that each “Pour Le Merit” timepiece is assembled, then disassembled and then re-assembled before it even leaves Glaschütte to show how well made the piece is. 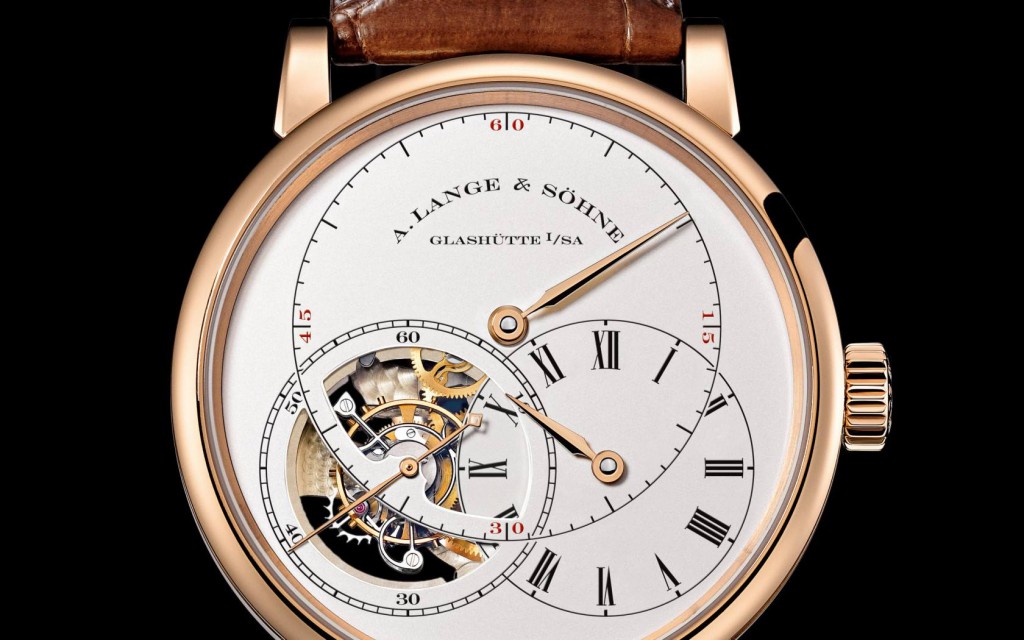 Ladies and gentlemen I give you the winner of the Tourbillon Trials for May, the A.Lange & Söhne Richard Lange Tourbillon “Pour Le Merit”. For more info, please visit audemarspiguet.com & alange-soehne.com

Stay tuned as there’s a load more watches still floating around out there just waiting to compete.