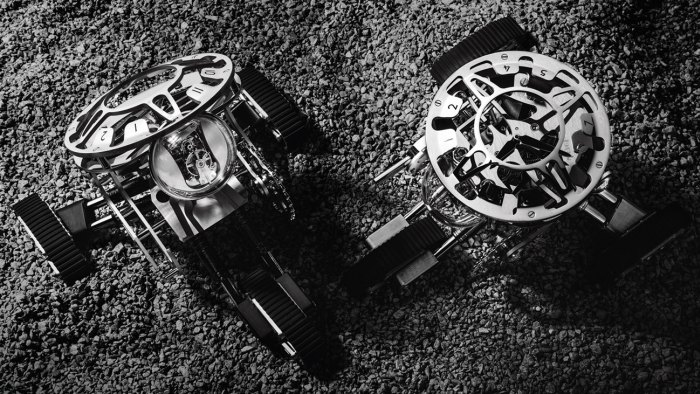 “I love it when brands come together”, okay, so I haven’t been able to find the horological A-Team yet, but they do leave random quotes for me to put into an article at my leisure. One of the best partnerships that come up with the most unusual and visually impacting pieces is MB&F and L’Epée. We’ve done this quite a few times before, and every single time the piece has been unique, creative and inspiring. Today is no different, I can’t say I entirely understand the design ideas behind Grant, but I’ll give it a go nevertheless. 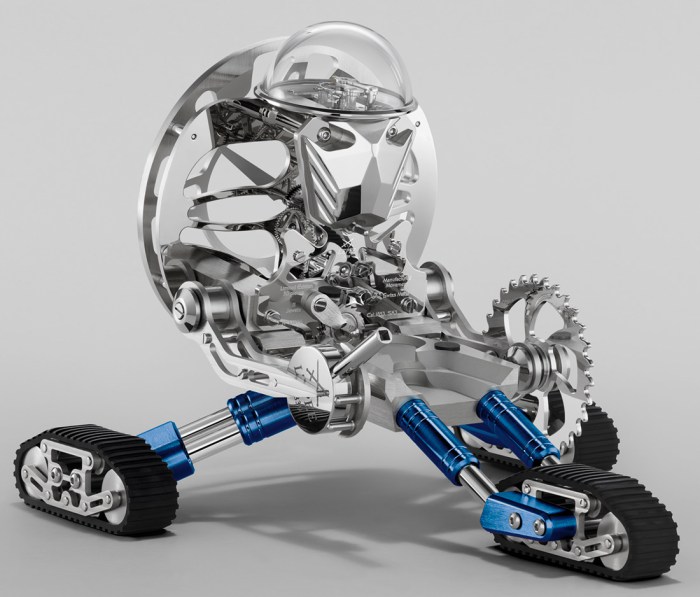 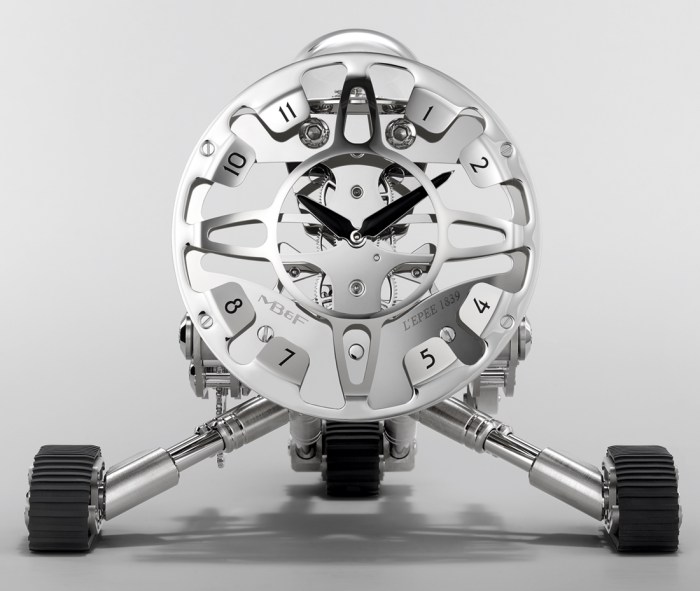 The closest thing in the MB&F/L’Epée lineup to Grant is the friendly looking Sherman robot. Sherman came in six different variations of which all were limited edition. He came in palladium plate as we see here, gold and diamond set gold, and there was also his badass brother Bad Sherman who came in green, black or silver. Grant is a little bit different, he looks like a sort of turtle with tank tracks and a see-through head, I don’t exactly know how to describe it. 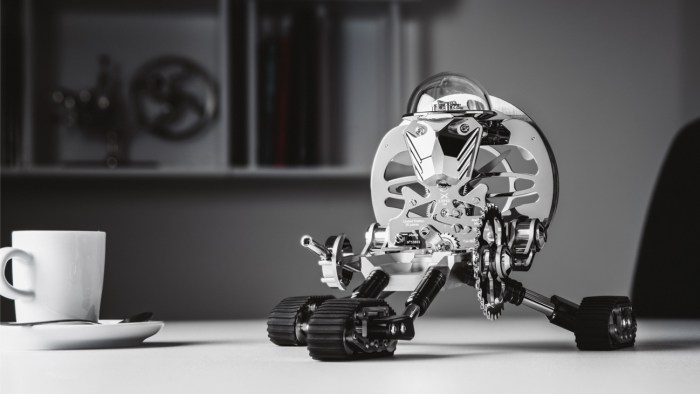 Grant doesn’t seem as friendly as Sherman, if he were a person he’d probably be quite aloof and indifferent to your presence unless you were to approach him. Like Sherman, he has his clockwork oh display for all to see via a see-through dome on the top of his head showing the bespoke 2.5Hz balance wheel. The clock is on his back, that round thing which I previously likened to a turtle’s shell. The hands are set inside the dome for practicality. 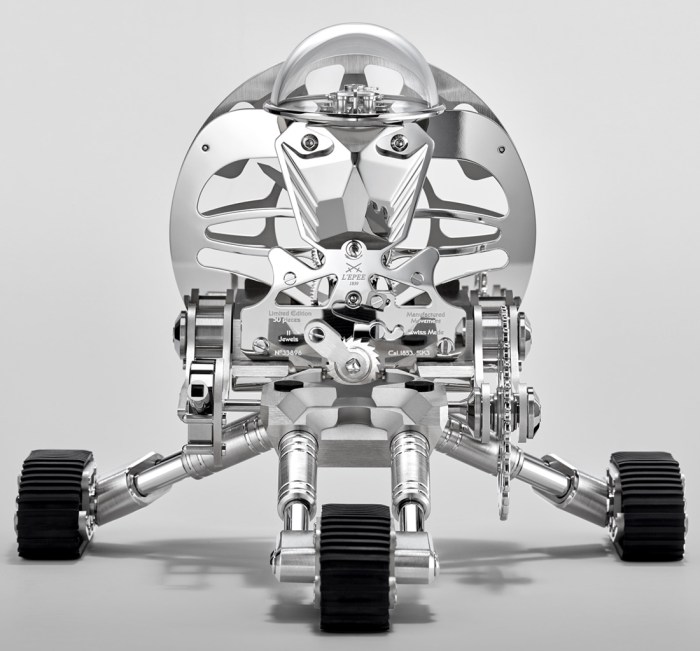 One of the key points to this collection of artful timepieces is that they are interactive. Unlike regular boring clocks which sit around all day doing very little, these can be manipulated. Grant has rubber tracks which allow him to be moved around with ease. He also folds at the waist should you want to position him somewhere below your eye level, such as a coffee table perhaps.

He also comes with attachments, on his right is a cannon type thing which also appears to be a place for a key to be inserted, most likely to wind up his 8-day power reserve. On his left arm is a big nasty looking saw which I can only assume he uses to destroy fakes and replicas in his spare time. This, coupled with his tank tracks mean he is ideally suited to traversing the harsh terrain of the office on his quest to destroy counterfeit watches and pointless documents. 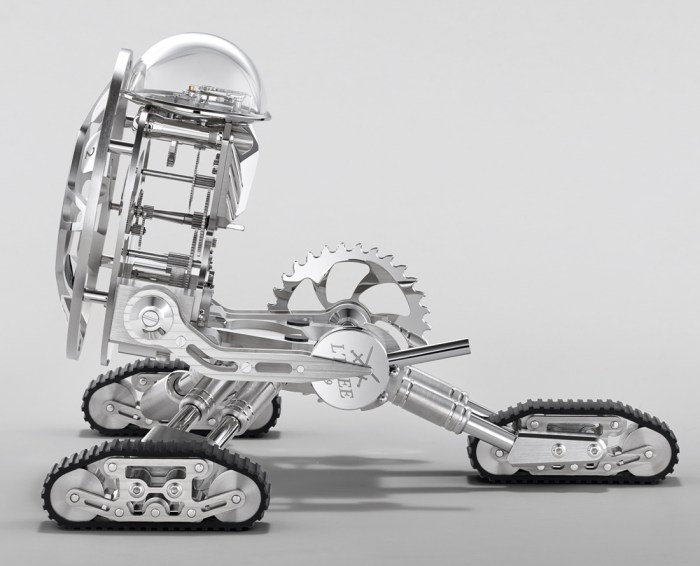 This piece is made of stainless steel, nickel plated brass and palladium plated brass which all come together to give him a total mass of 2.34kg. When he’s lying entirely flat, he’s 115mm tall, 212mm wide and 231mm long. In the upright position, he is 166mm tall, 212mm wide and 238mm long and he is made of 268 components. If you want one of these, and I can easily understand why, then you’ll need to be prepared to pay a large sum as it costs 22,200 Swiss Francs. There are three different finishes for Grant so far: nickel, black and blue, each of which is limited to just 50 examples. Visit MB&F here.