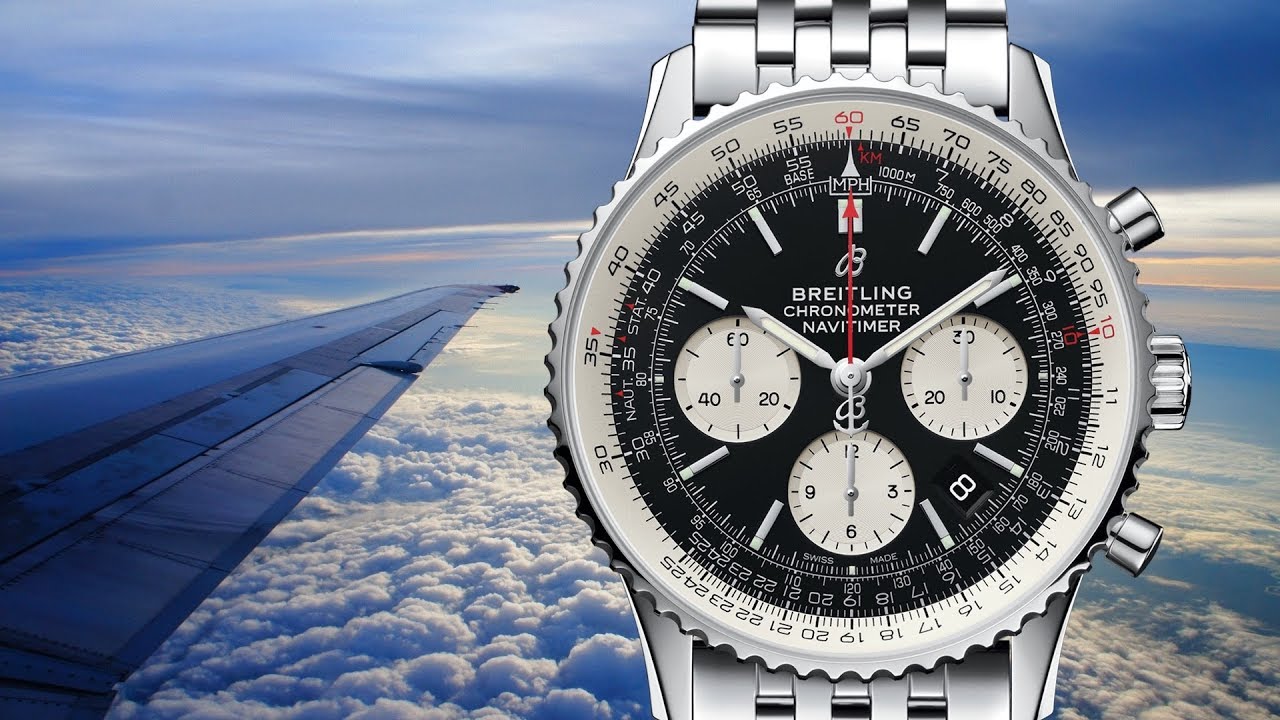 A Brief History of The Breitling Navitimer

The Breitling Navitimer is undoubtedly one of the great classics of watch design remaining relatively unchanged in its basic format since its birth in 1952. The watch we all know for being synonymous with flight and the two-worded answer to the question “what should I buy to celebrate becoming an airline captain?”, the Navitimer is a master class in function over form but with a dash of personality. It’s undoubtedly one of my personal favourite watches, so we thought that to resurrect the Brief History articles we’d start with the Navitimer. Can you believe it’s been over a year since we’ve done one of these?

The roots of the Navitimer

A part of the Navitimer’s history dates back to 1934 with Willy Breitling, the son of Gaston Breitling and grandson of company founder and namesake Léon Breitling. Despite being only 21, Willy Breitling filed a patent for a new type of chronograph which used two separate pushers to operate: one to start and stop the chronograph and another to reset. It may be surprising to know that, despite the chronograph being invented by Louis Moinet back in 1816, it didn’t always have the twin pusher setup we know today. 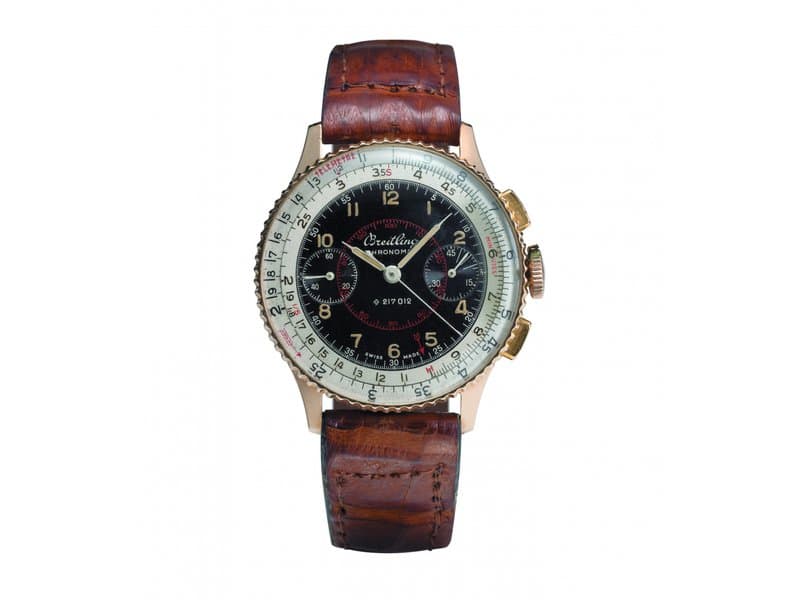 A single pusher was responsible for the three functions and cycled through them one by one, but this meant that once the chronograph was stopped it could not be restarted from the same position, it would have to be reset. Breitling’s setup was perfect for aviators, and with the Second World War looming it would be put to the test via a large order of watches from the Royal Air Force. In 1940, Breitling received a patent award for its new watch, the Chronomat, which featured a rotating slide rule bezel designed by mathematician Marcel Robert, which would allow the wearer to perform mathematics at a quick pace. 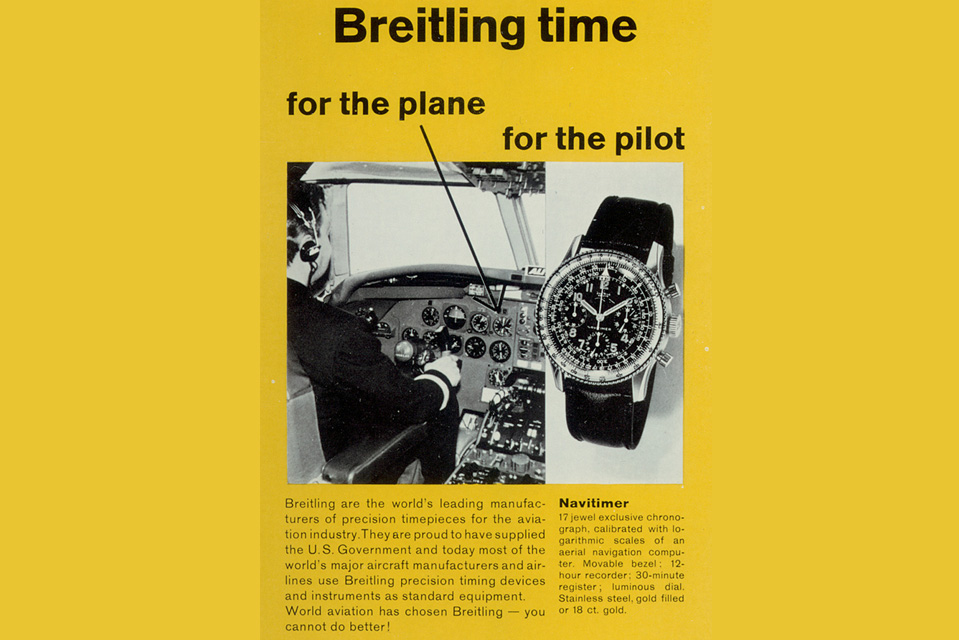 The name itself is a portmanteau of two separate words: ‘navigation’ and ‘timer’, simple stuff so far. The watch returned with the chronograph and slide rule bezel found in the Chronomat from the 40s. Remember, at this point computers are basic and the size of a small house, so calculations still needed to be performed mentally. The Navitimer was explicitly designed to make performing these equations such as calculating distance travelled as easy as possible, as the pilot would be entirely occupied already. 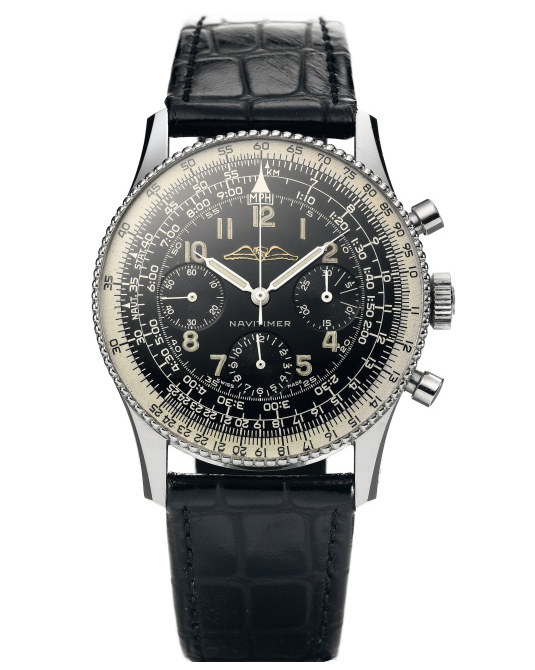 The 1952 version of the watch featured a hand wound column wheel chronograph movement provided to Breitling by Venus, but this would be run alongside another variant made in 1954 with the Valjoux 72 movement. These particular Navitimers with the Valjoux movement are very collectable. All Navitimers at this point featured the winged AOPA (Aircraft Owners and Pilots Association) logo on the dial, but it wouldn’t be until 1959 that the AOPA elected the Navitimer to be its official watch. 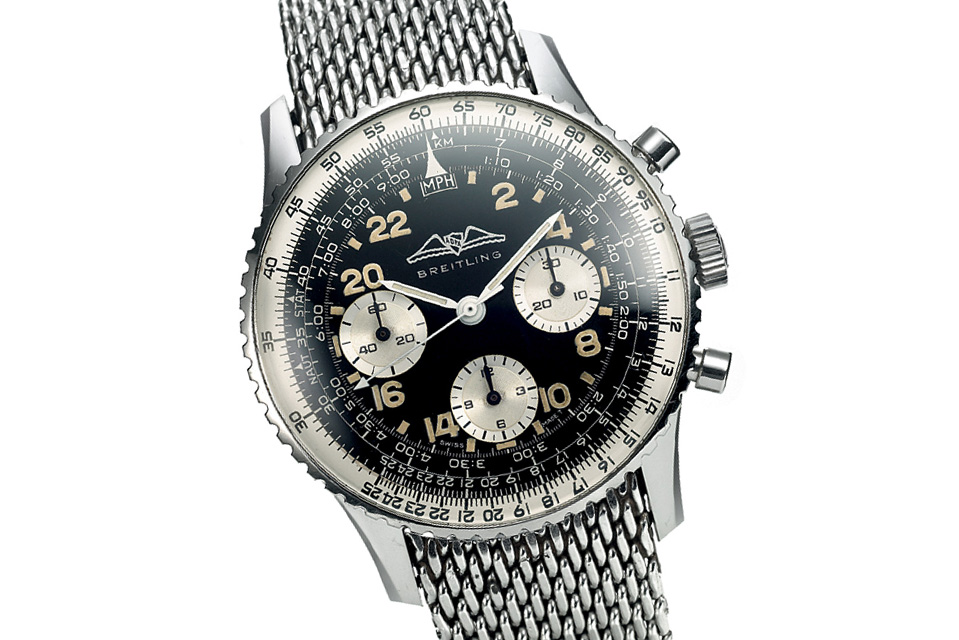 The Venus 178 calibre ticked on faithfully to the end of the 1960s when it was replaced entirely by the Valjoux 7740 calibre, another hand-wound movement, though this one lacked the column wheel of the Venus calibre and instead used more traditional cams which were more easily serviced despite being less precise overall. 1962 saw the introduction of a slightly modified Navitimer which was designed for space travel, dubbed the Navitimer Cosmonaute and was worn by Lt. Command Scott Carpenter as he completed three orbits of the Earth.

In 1965, Willy Breitling participated in the production of the world’s first automatic winding chronograph movement. You may remember that there was a race on to be the first manufacturer to provide a chronograph with automatic winding. This race featured three leading players, in the red corner was Seiko from Japan, in the blue corner was Zenith and seemingly coming out of thin air to take the crown was a consortium of brands including Breitling, Heuer, Büren and Dubois-Dépraz. This whole competition stemmed from a critical factor: Swiss chronograph watch sales were flagging. The focus had turned to water-resistant watches, something Breitling was also very involved in, having released the SuperOcean in the 50s. 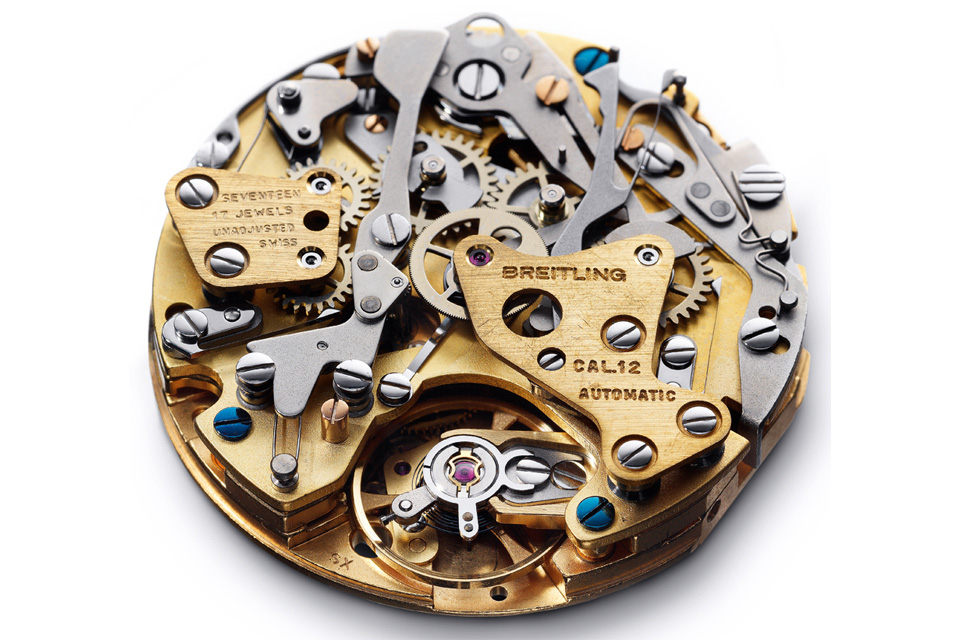 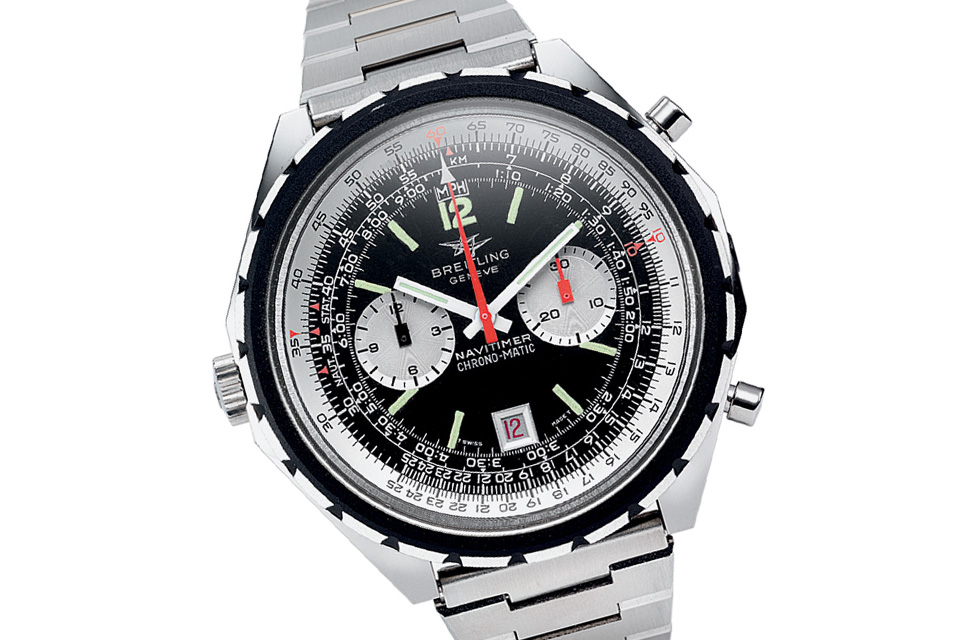 Willy Breitling and Jack Heuer worked with Gérald Dubois (the Dubois in Dubois-Dépraz) to produce a chronograph setup that could be built onto an automatic base movement provided by Büren. This movement, dubbed the Calibre 11, was notable for having a micro-rotor that wasn’t visible from the back, and also for having its crown on the left-hand side as opposed to the right. It was featured in such watches as the Navitimer 1806, a gigantic 48mm bi-compax Navitmer variant which garnered the nickname the ‘fried egg’. 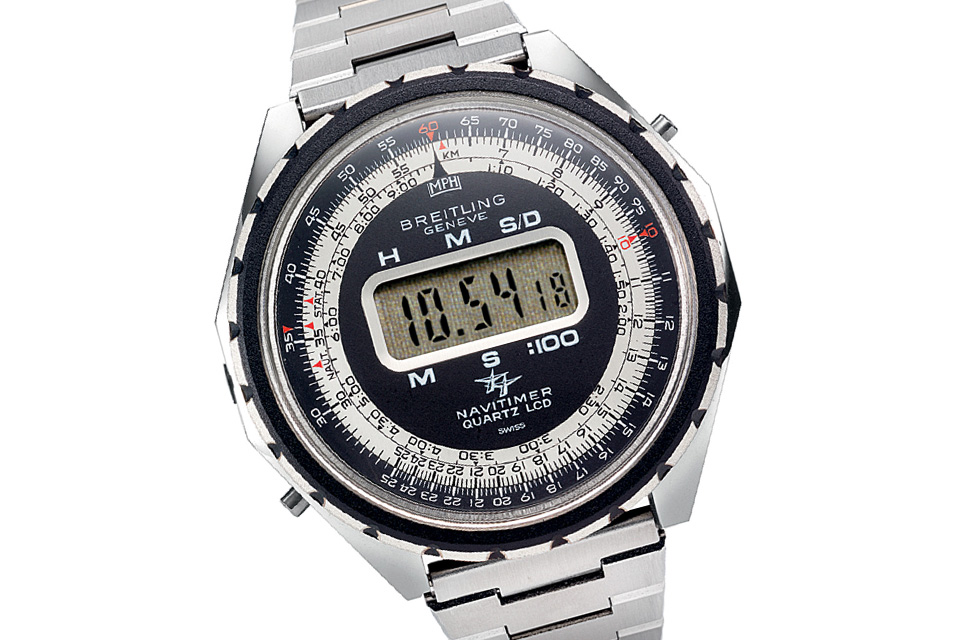 You’d think that despite the introduction of a battery-powered variant of the Navitimer in the 70s and the success of the Calibre 11, the Navitimer and other collections from the brand would be enough to allow Breitling to float with stability through the quartz crisis. You’d be wrong. The end of the road came for Willy Breitling in 1979, who was suffering from ill health with two young grandsons to keep an eye on, as well as the uncertainty of the era. He was forced to close the company and sell everything including brand names and watch models, including the beloved Navitimer, to Ernest Schneider, a watchmaker and entrepreneur whose family remained in control of the brand until it was sold for $879m to CVC Capital Partners in 2017.

Breitling moved from its home of La Chaux-de-Fonds to its current hometown of Grenchen during this period; however, the Navitimer didn’t really exist as it had before during this time. Breitling Montres SA was registered on the 30th of November, 1982, and set about redesigning the old models to fit the times. For instance, the Chronomat gained a brand new look with a new bezel that survives in a slightly different form to this day. 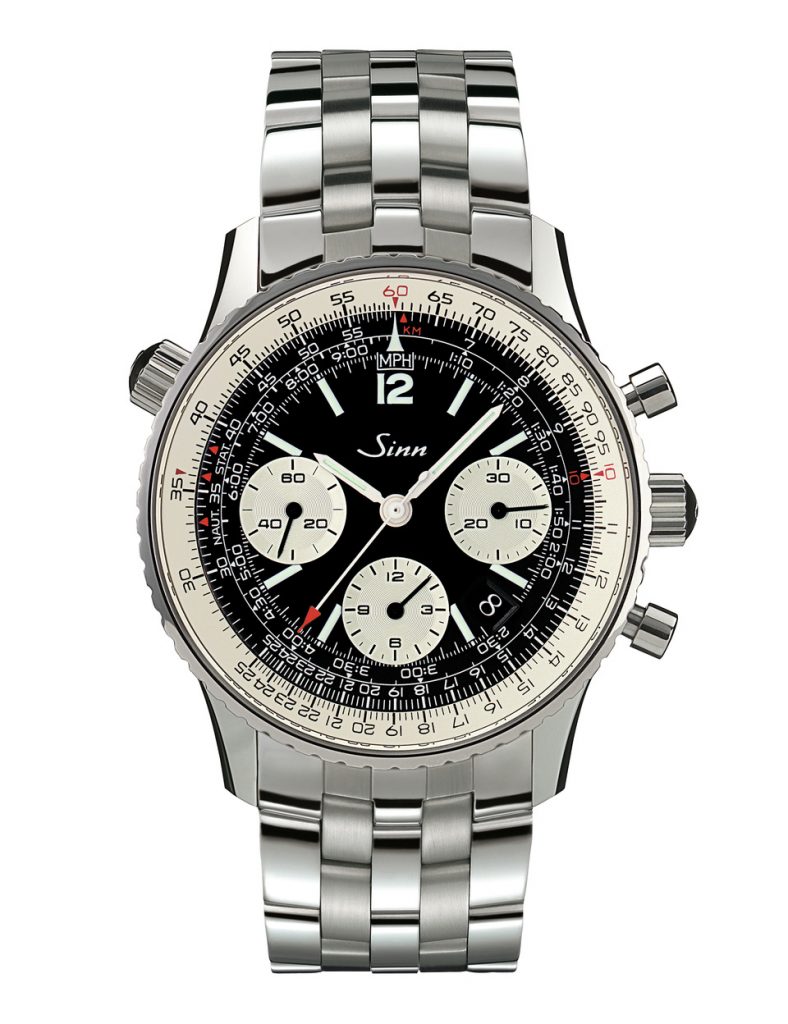 The Sinn model 903 featured above is still in production today

However, when Breitling was sold in 1979, the parts of the watches that were already manufactured but could not be made were sold on to a German fellow by the name of Helmut Sinn. The Sinn watch company made the Navitimer as well using old parts which were signed by Breitling. Only the dial read Sinn instead of Breitling.

In 1985, the Navitimer was relaunched with the reference 81600; a hand wound tribute to the original Navitimer, an automatic version came two years later. Famous French singer Serge Gainsbourg wore these particular watches, though this isn’t the Navitimer’s only run-in with the celebrity lifestyle.  Formula 1 royalty such as Graham Hill and Jim Clark sported the Navitimer, as did jazz legend Miles Davis. 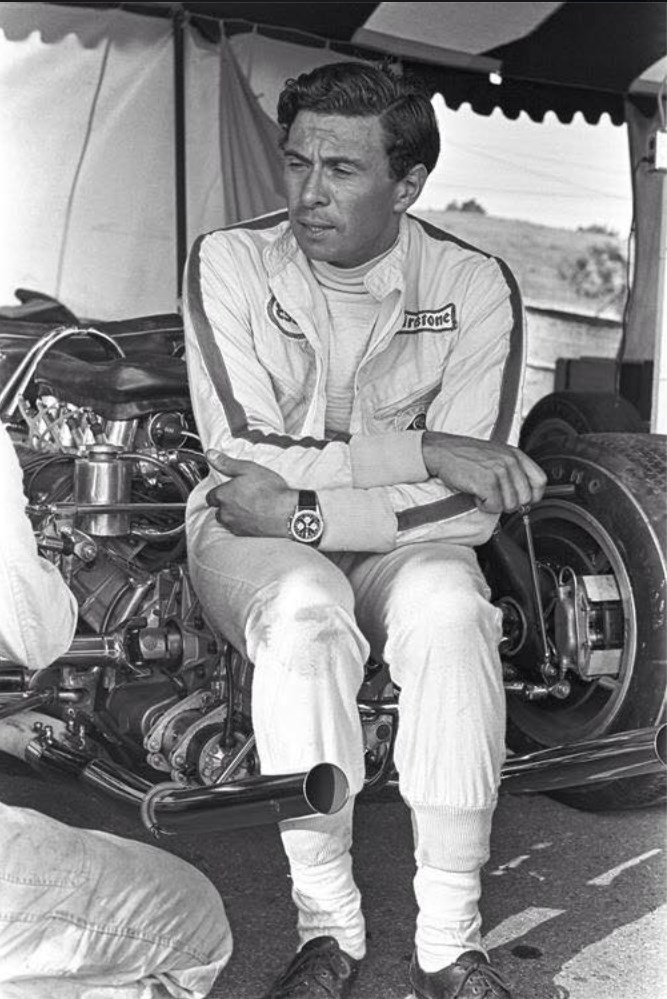 Jim Clark and his Breitling Navitimer

The 1990s saw the Navitimer back on the Breitling menu in full swing with a  Valjoux 7750 movement inside it. In 2003 we saw the introduction of a play on an old Navitimer design dubbed the Chrono Matic, a 49mm watch which had the crown on the left as the Calibre 11 did, but featured a modified ETA 2892 movement instead.

The most important step in recent Breitling history came in 2009 with the introduction of the Calibre 01, Breitling’s first in-house movement. This no-nonsense movement featured a column wheel like the original Venus-powered Navitimers did, as well as an integrated chronograph architecture. Even the Calibre 11 featured a modular design, placing the chronograph on top of the base movement. With the Calibre 01, it’s completely integrated into the movement, which modern horology fans prefer due to the increased complexity and involvement in producing the pieces. It also got a COSC chronometer certificate as well. 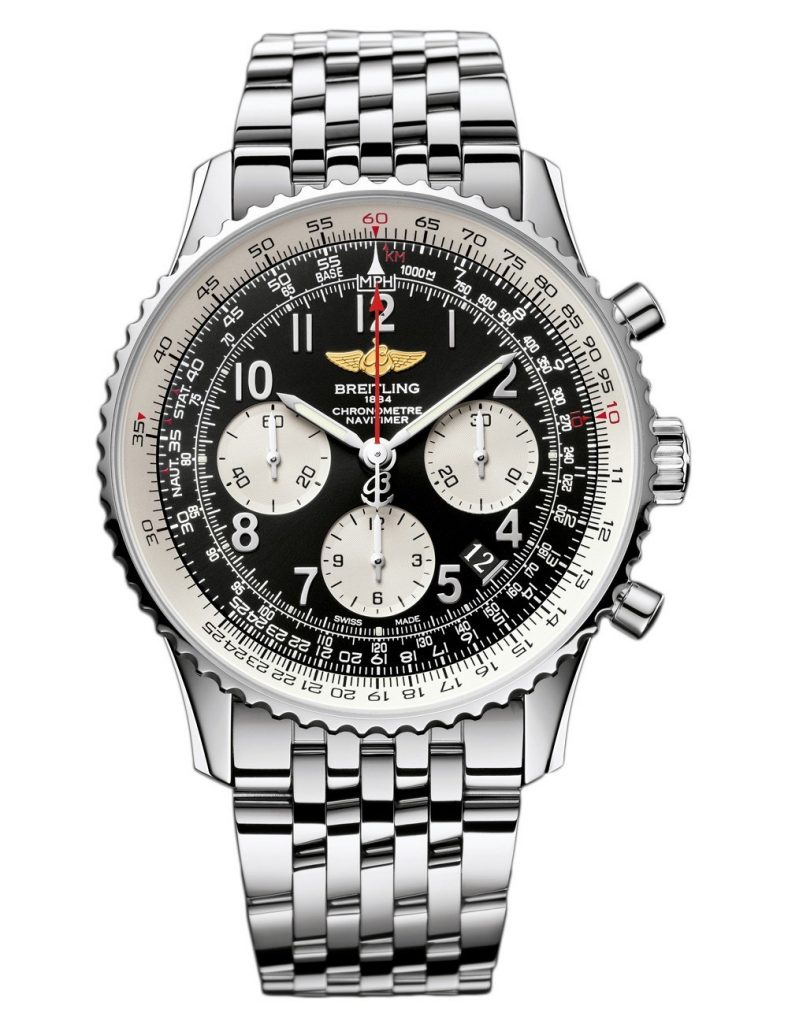 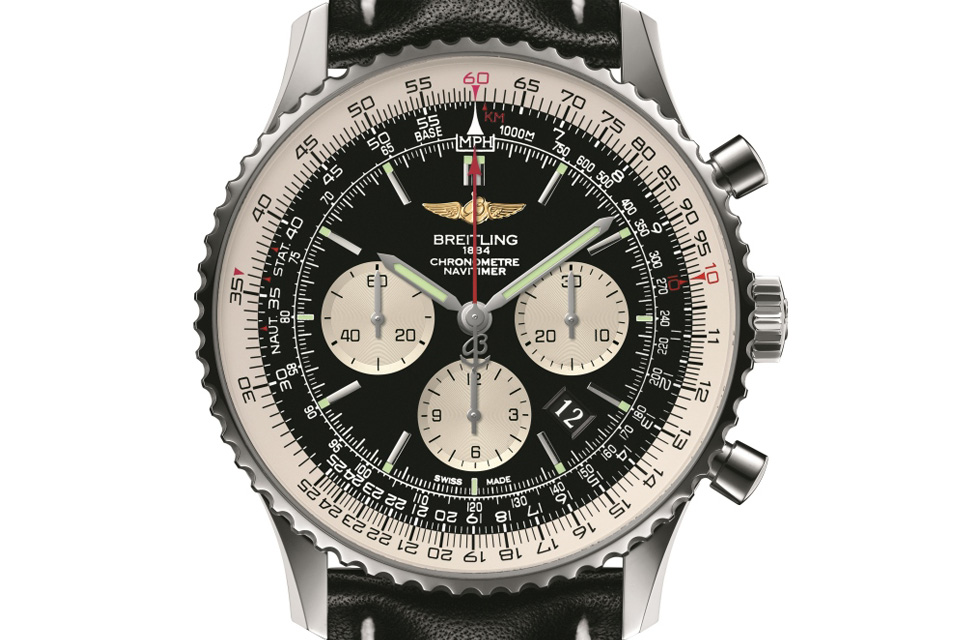 This watch would balloon to become 46mm from the 42mm size we knew, and with the GMT function too, it could become a dinner plate sized 48mm, though the smaller versions were still available. My pick of the bunch? The 43mm stainless steel Navitimer with the multi-link bracelet and black/white panda dial. However, it must have the older applied gold Breitling logo with the wings. Despite appearing to be nearly identical to the older version, the current Navitimer features Breitling’s new simplified ‘B’ logo, which I feel doesn’t fit right with the deliberate complexity of the watch. On the other hand, it is the historic logo of the brand, so, overall I’m conflicted. 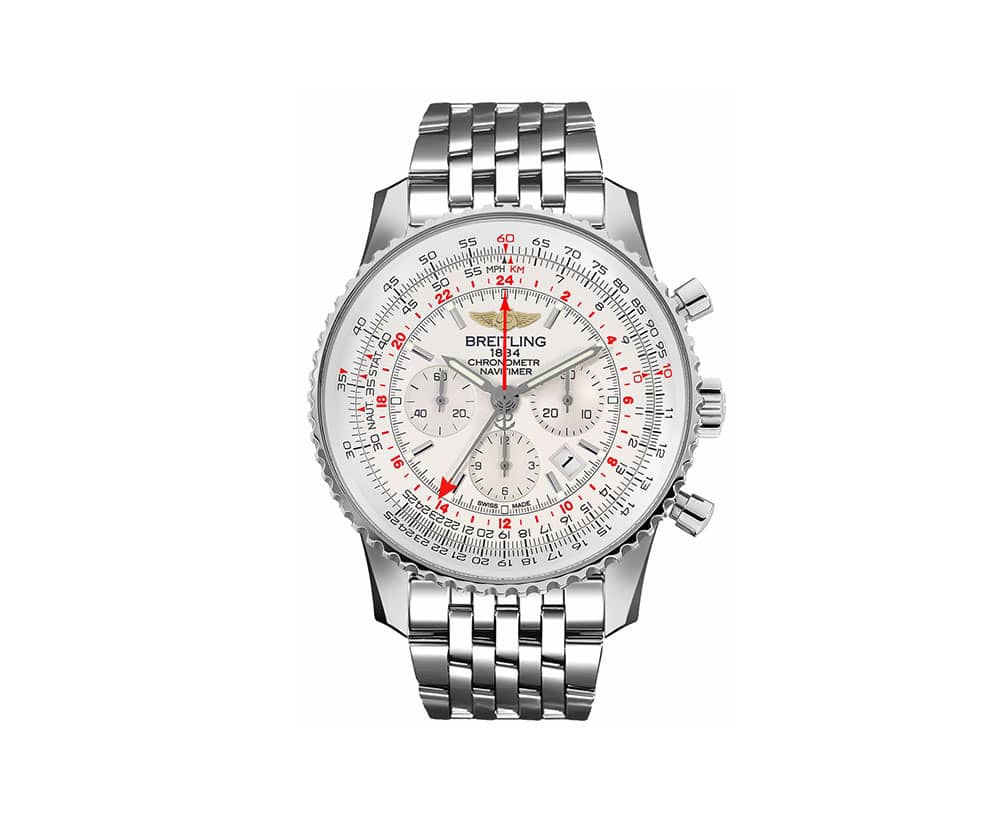 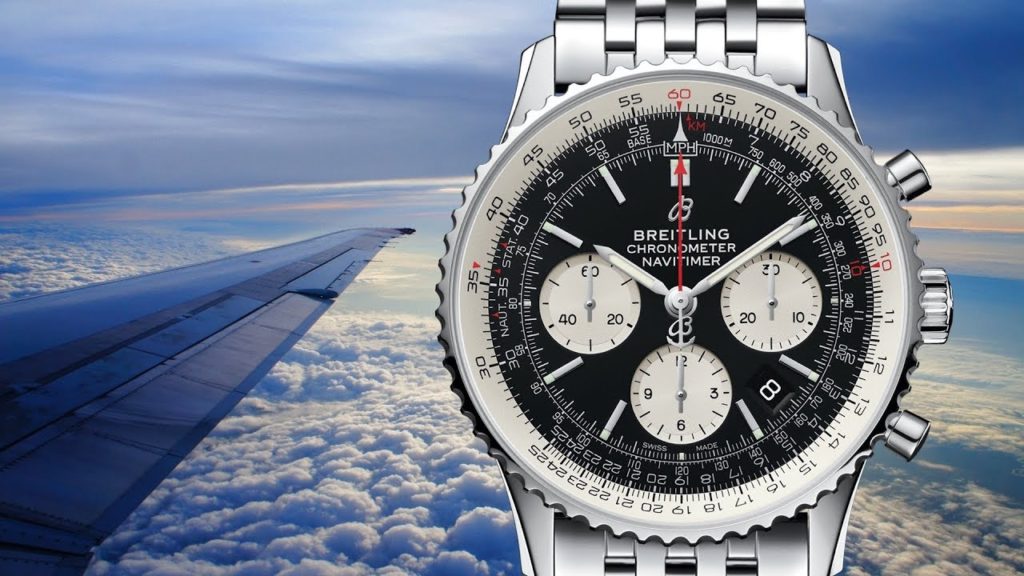 The current Navitimer range has been split off into two sections, the classic Navitimer 1 which is the one we all know and love, and the Navitimer 8 which are contemporary in their styling if a little lacking. The Navitimer 1 range includes some different variations including an exciting rattrapante version and another with absolutely no chronograph at all. 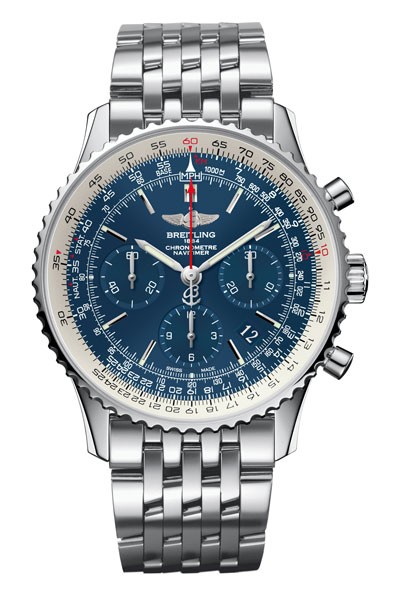 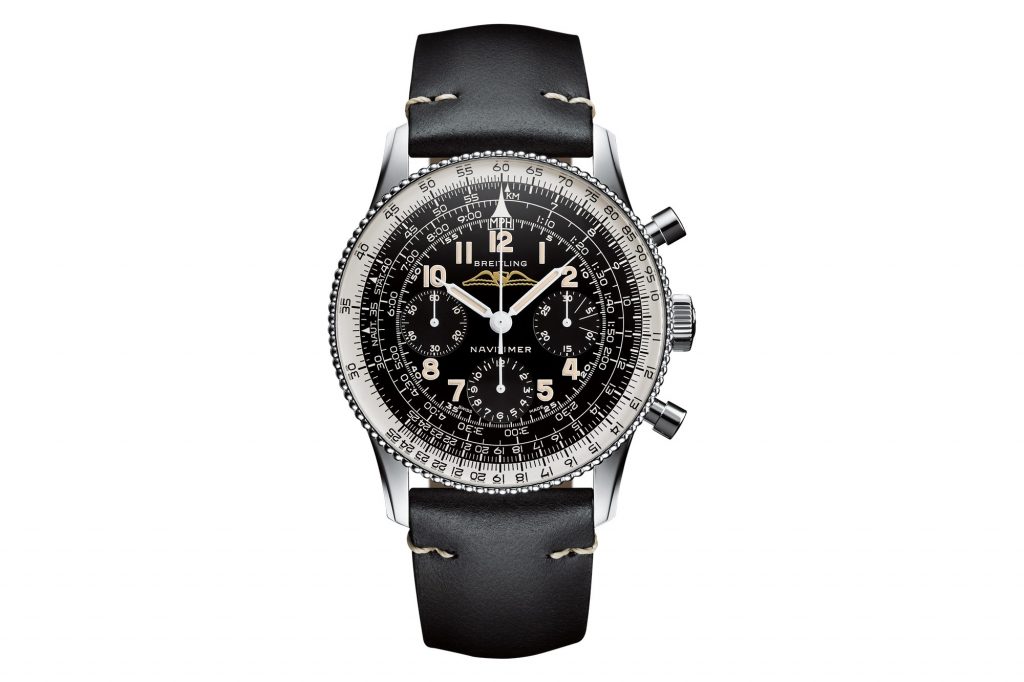 The Breitling Navitimer is undoubtedly a classic and deserves to frequent lists of the most famous watch designs of all time, but for me, the older Navitimer 01 is the pick of the bunch. I hope Breitling can at some point go back to its earlier days with this line. They’ve shown they can do it in the past with their 1959 AOPA re-edition watch.