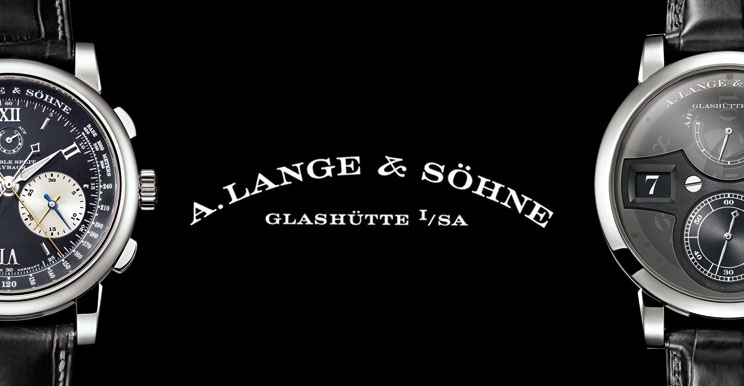 A. Lange & Söhne – Premium price for a unique timepiece

Premium price for a unique timepiece

On 11 November 2013 at Christie’s “Impor­tant Watches” auction in Geneva, an except­ional time­­­piece from A. Lange & Söhne changed owners for the equivalent of nearly 380,000 euros: the only DOUBLE SPLIT with a stainless steel case. An important chapter of watch history was written, when the DOUBLE SPLIT made its debut in 2004. The double rattra­pante chrono­graph was the first mechanical watch to allow com­parative lap measurements of up to thirty minutes. The im­pres­sive auction result was not only far more than the estimated 96,000 to 140,000 euros. The watch – sold in 2008 – went under the hammer for more than four times the original retail price of the series-production model made of plati­num.

At the same auction, a ZEITWERK “Lumi­nous” from a limited edition of 100 pie­ces was sold for the equivalent of 122,000 euros. This cor­responds to an increase in the value of about 75 per cent compared to the original retail price. It was probably the first time that this model has ever been auctioned. This watch, with the luminescent jumping numerals display and the innovative constant-force escapement, was introduced in 2010 and is one of the most popular models of the eminent brand.

The timepieces of A. Lange & Söhne regularly achieve high sales prices at auctions. One of the biggest successes is without doubt the TOURBILLON “Pour le Mérite” launched in 1994. This year, the auction price for this model was on average four times higher than the original retail price, thereby showing a clear upward trend. Since 2010, the average auction price for this model has doubled. A similar trend can be observed for other lim­ited editions of the brand, such as the 1815 MOONPHASE or the ANNIVERSARY LANGEMATIK pre­sented in 1999 and 2000 respectively.

When Ferdinand A. Lange, a Dresden watchmaker, established his watch manufactory in 1845, he laid the cornerstone of Saxony’s precision watchmaking. His precious pocket watches remain highly coveted among collectors all over the world. The company was expropriated after World War II, and the name A. Lange & Söhne nearly fell into oblivion. In 1990, Ferdinand A. Lange’s great-grandson Walter Lange had the courage to relaunch the brand. Today, Lange crafts only a few thousand wristwatches in gold or platinum per year. They are endowed exclusively with proprietary move­ments that are lavishly decorated and assembled by hand. In a period of little more than 20 years, A. Lange & Söhne developed over 40 manufacture calibres and secured a top-tier position among the world’s finest watch brands. Its greatest successes include innovative time-keeping instruments such as the LANGE 1 with the first outsize date in a series produced wristwatch as well as the ZEITWERK with its supremely legible, precisely jumping numerals. Meanwhile, both models have become icons of a brand rich in tradition.