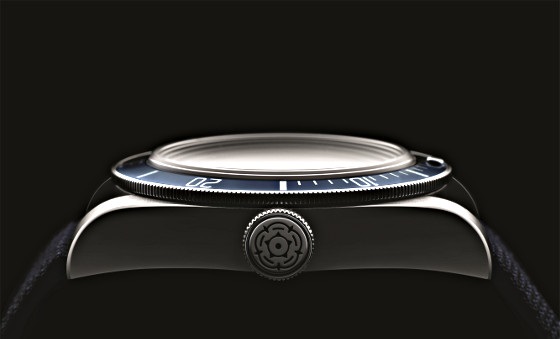 The Tudor Heritage Black Bay was first presented in 2012 with signature Snowflake-shaped pink-gold hands and hour markers, a black-brown dial, cream colored Luminova and a burgundy red bezel. And, the following year it was  awarded the “Revival” category prize by the jury of the 2013 Grand Prix d’Horlogerie de Genève.

The Tudor Heritage Black Bay returns at Baselworld 2014 in a new version which has a bit more of a modern look to it. Tudor has replaced it with silvered hands and hour markers and white Luminova, and the dial comes in a deep-black colour. Finally, the bezel in midnight-blue, matching the  colour  of  the  crown  tube. 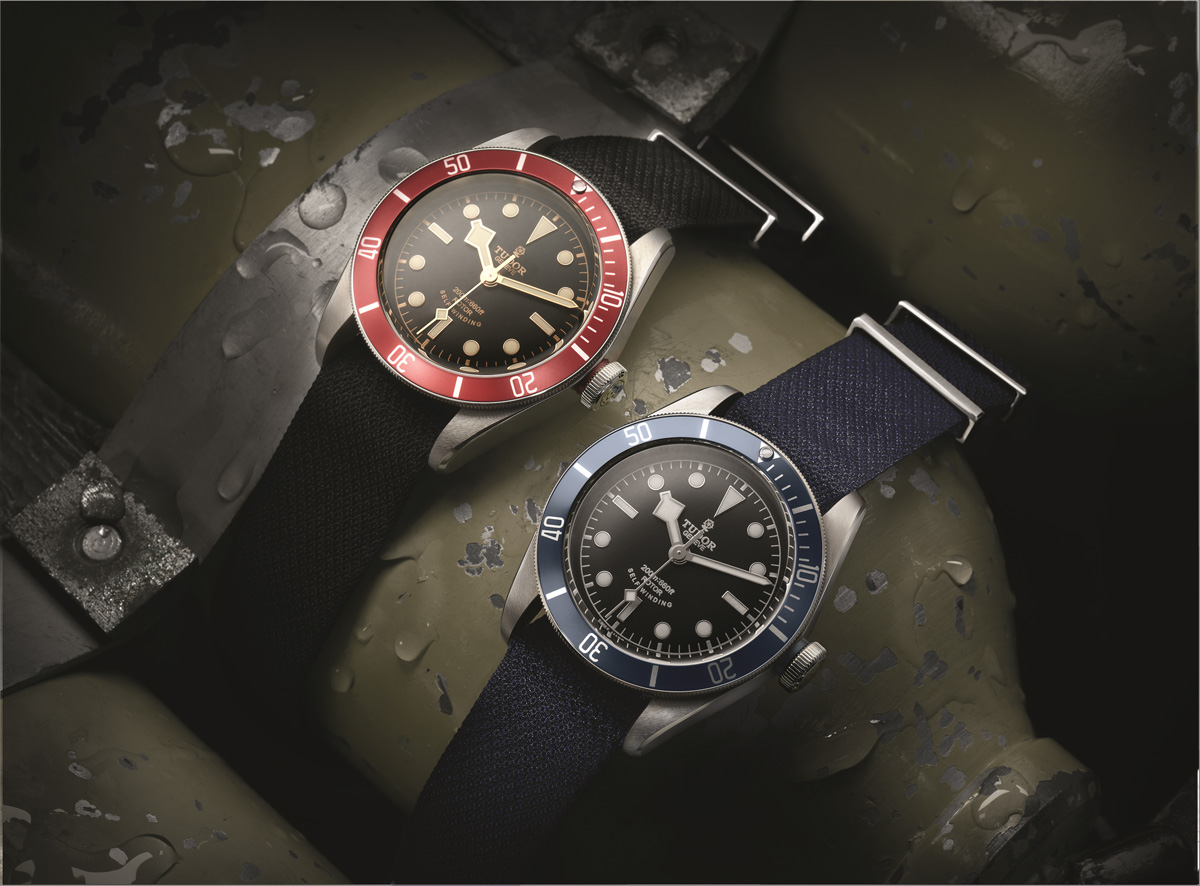 The Tudor Heritage Black Bay lends its lines and its domed crystal from the brand’s first divers’ watch, the Tudor Submariner reference 7922, launched back in 1954 while the signature angular hands, known by connoisseurs as “Snowflakes”, were seen from 1969 to the early 1980s. 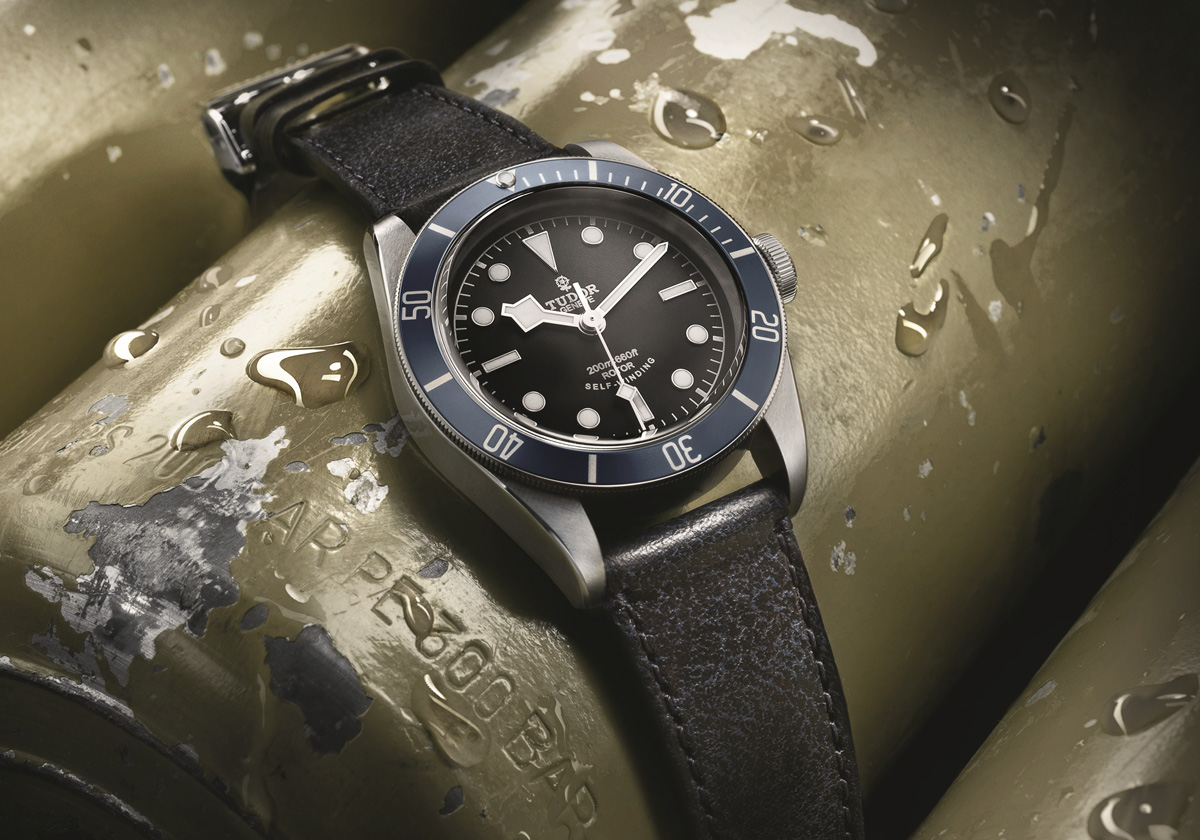 The winding crown in steel, engraved with the Tudor rose,  is screwed down to guarantee water-resistance down to 200m (660 ft). 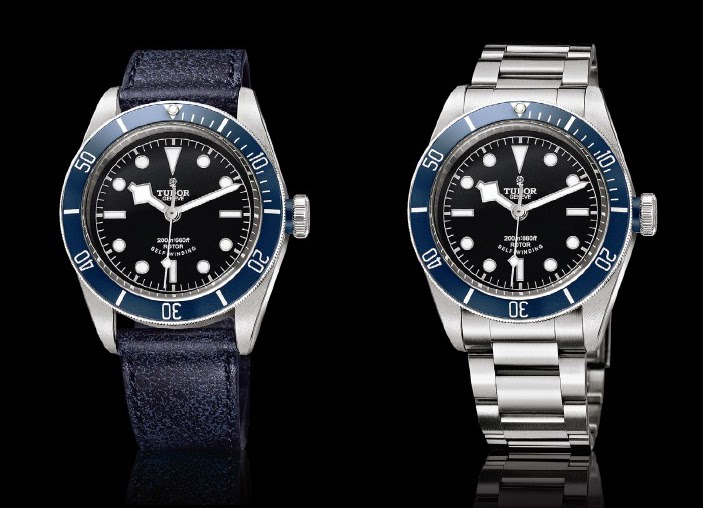 The Tudor Heritage Black Bay can be matched to an aged blue leather strap or to a steel bracelet, both with folding clasp and safety catch, the Black Bay is also supplied with an additional blue fabric NATO-style band. The price will stay the same as the original Black Bay, at 2950 CHF on the strap and 3250 CHF on the steel bracelet. For more info, please visit tudorwatch.com