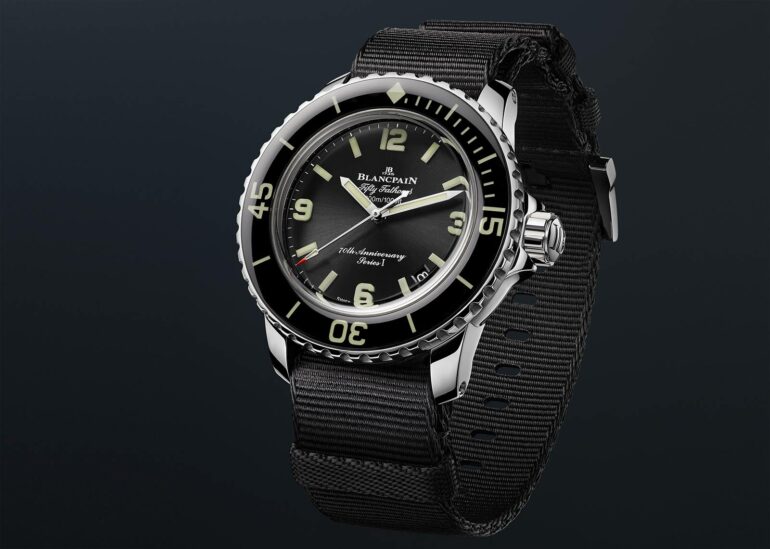 Blancpain’s most well-known series of timepieces, ‘Fifty Fathoms,’ will celebrate its 70th anniversary in 2023. It was created in 1953 as a culmination of two decades of significant attempts to create watches that could withstand moderate water pressure. Numerous watch manufactures attempted, but it wasn’t until the Blancpain Fifty Fathoms in 1953 that the entire gamut of attributes characterizing a contemporary diving watch became clear. It was an underwater exploration diving watch designed by genuine divers. A revolving, unidirectional bezel with a diving scale was also a novelty for the Fifty Fathoms. Blancpain will undoubtedly celebrate the 70th anniversary of such a historically significant watch throughout 2023. The first new watch to mark the event is the Blancpain Fifty Fathoms 70th Anniversary special edition. Blancpain has divided the 70th-anniversary edition into three series. Collectors will be able to purchase a total of 70 timepieces, each designated to a distinct region of the world, notably the Americas, Asia-Pacific, and EMEA (Europe, Middle East, and Africa), and each numbered from I to III on the dial. 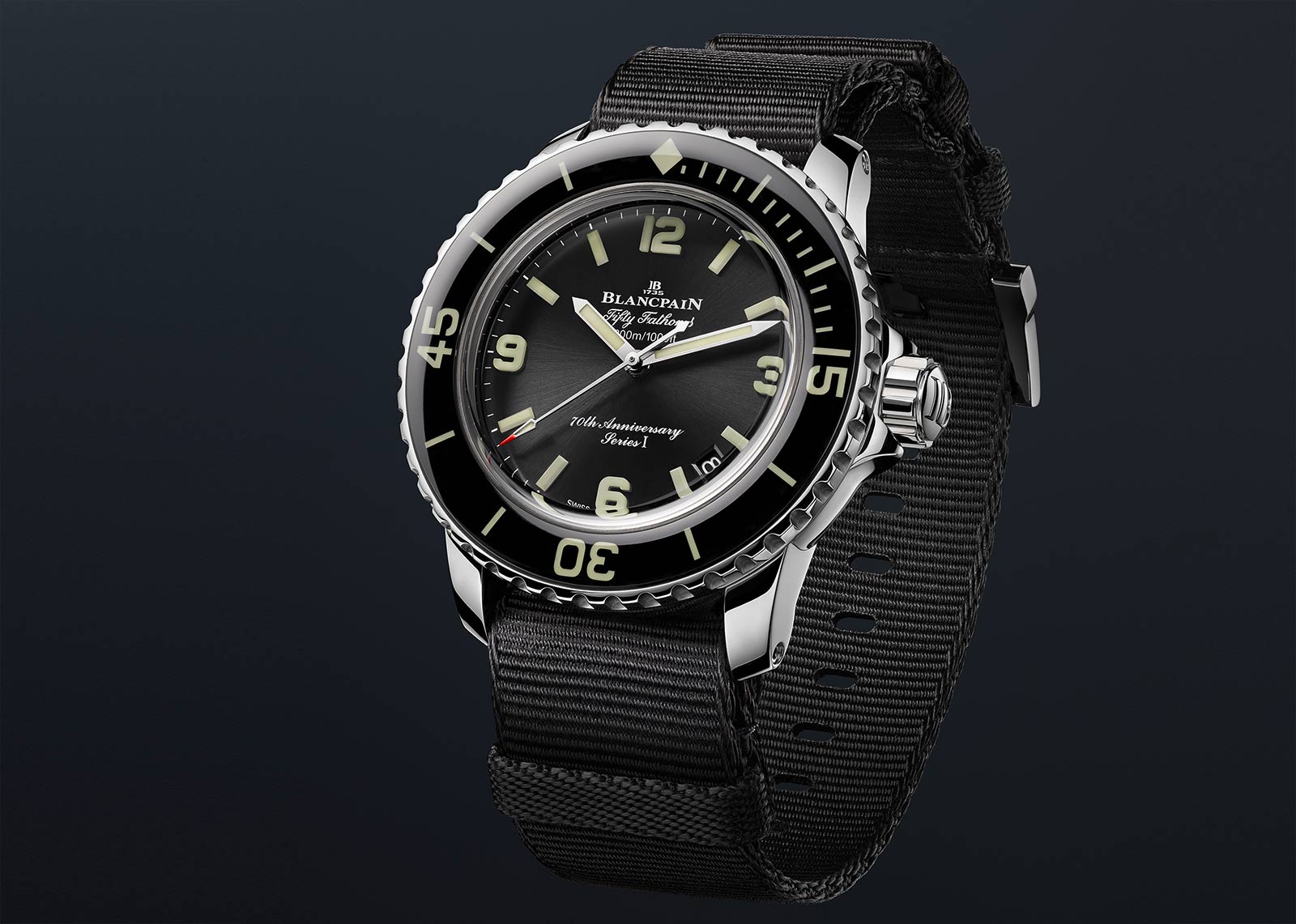 The first series is dubbed “Fifty Fathoms 70th Anniversary Act I,” and this newest Fifty Fathom is a part of it. This special edition combines recognizable elements of the original from the 1950s with a few contemporary enhancements. The case is 42.30mm in diameter, 14.30 mm thick, and the rest is identical to the standard-production Fifty Fathom, polished stainless steel case with a domed sapphire insert on the rotating bezel and the luminous time scale. 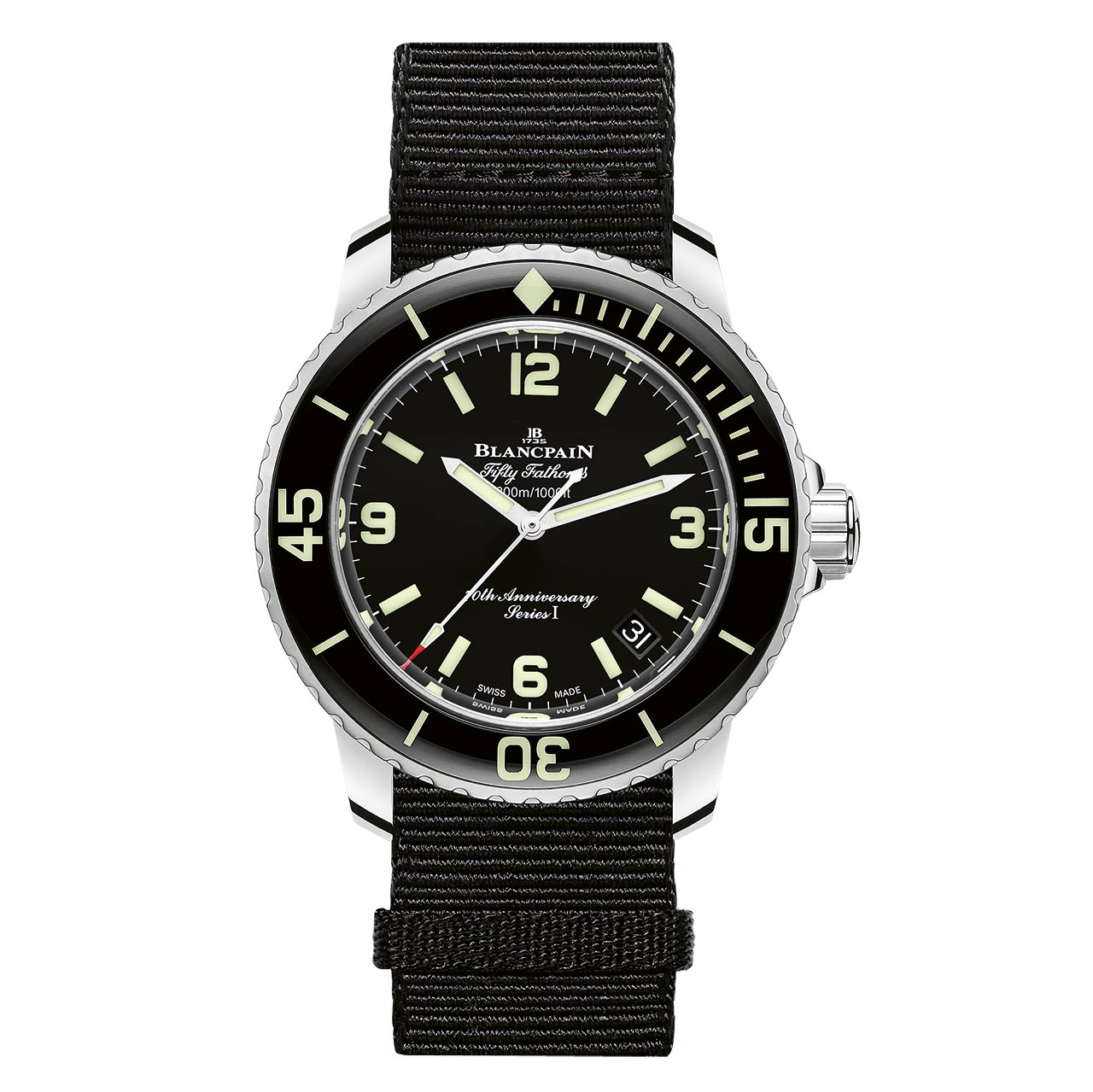 This size is smaller than the standard-production Fifty Fathom (45mm), but larger than the current limited edition (40mm). Each series will be labeled on the dial at 6 o’clock, “Series I” for this special edition. The signature screw-down crown provides water resistance of 300 meters. 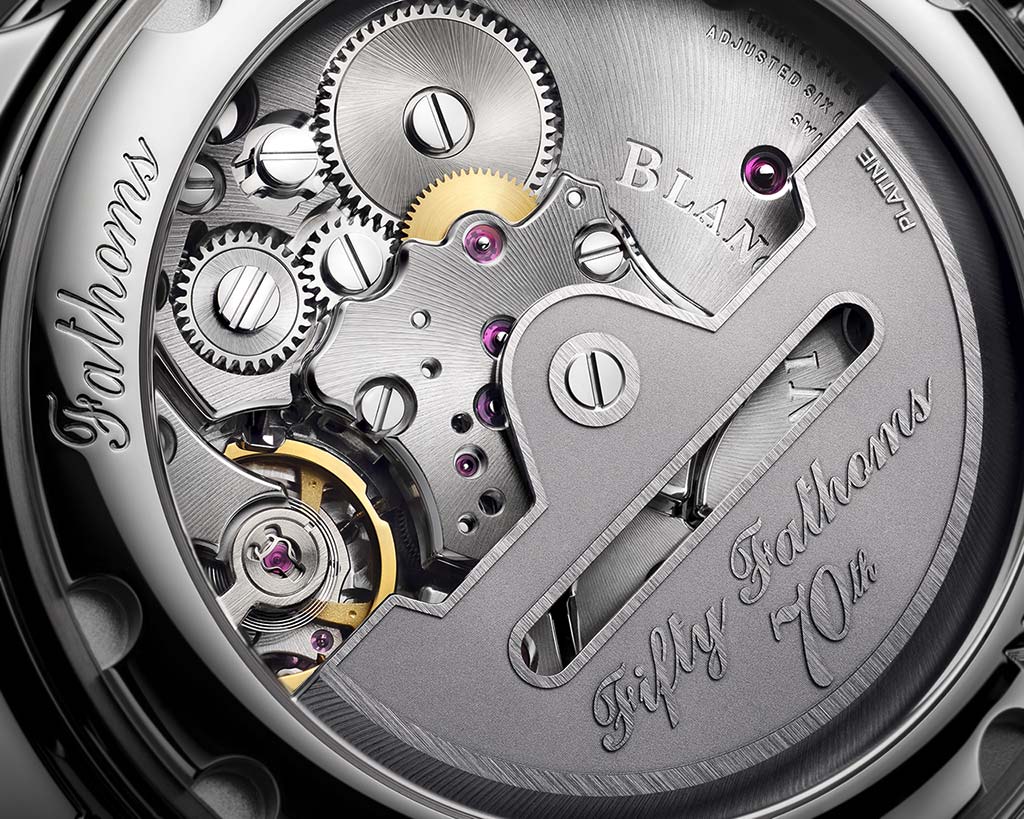 The sunburst black dial is protected by an anti-reflective sapphire crystal and has block-style hour markers and luminous hands with a vintage look. The automatic winding Calibre 1315 movement with 28,800 vph (4 Hz) and a 5-day power reserve powers the watch. The Fifty Fathoms 70th Anniversary Act I is fastened to a black Nato YTT+ strap made entirely of repurposed and recyclable material from decommissioned fishing nets. The Blancpain Fifty Fathoms 70th Anniversary watch series, each priced at Euro 18,500 and allocated for the Americas, Asia-Pacific, and EMEA, will be available for pre-order on the Blancpain website later this month.