Omega won’t talk much about the Constellation lineup, but then again there’s not too much to say about it really. It’s a great lineup and it always will be, it may be shadowed by the Speedmaster and particularly the Seamaster ranges, but it’s always there offering an even more elegant look than the Seamaster Aqua Terra. 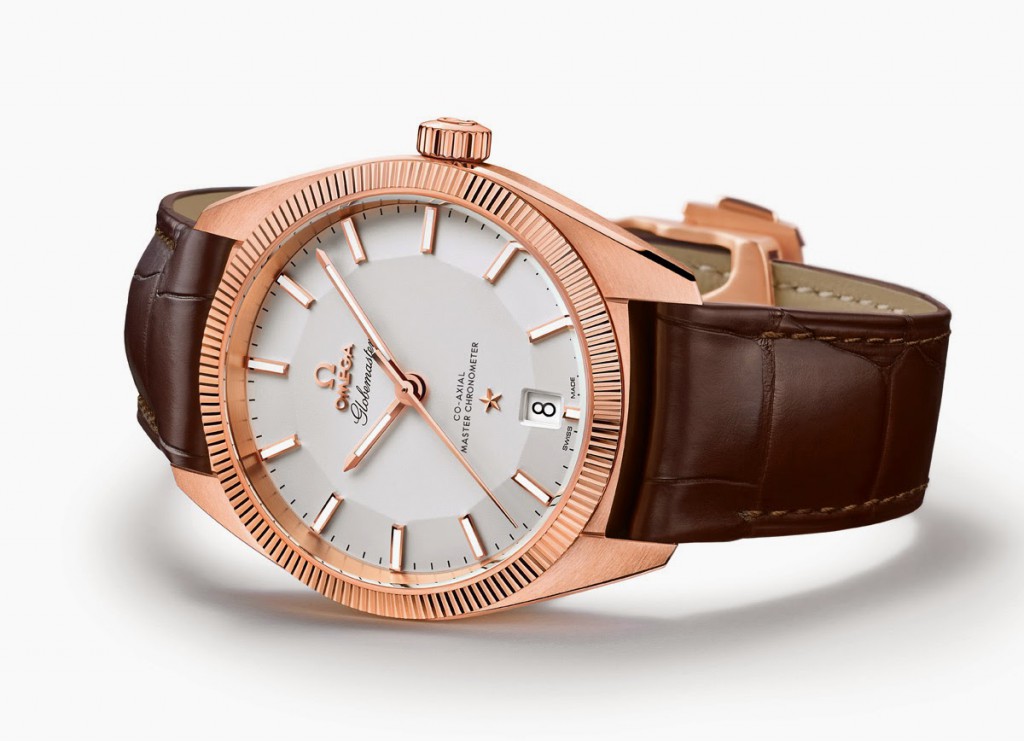 In fact the only giveaway that this watch is at all related to the Constellation is the return of perhaps my favourite feature of classic Constellations, it comes in the form of the almost mysterious pie pan dial. “What’s that?” I hear you say, well the pie pan dial was originally crafted for the 1952 Omega Constellation watch, a fantastic looking timepiece, even by today’s standards. It added extra depth to the watch dial when it reflected in the light. The pie pan part was angled downwards from the case and had the indicators on it, creating a great angled glint in the light. 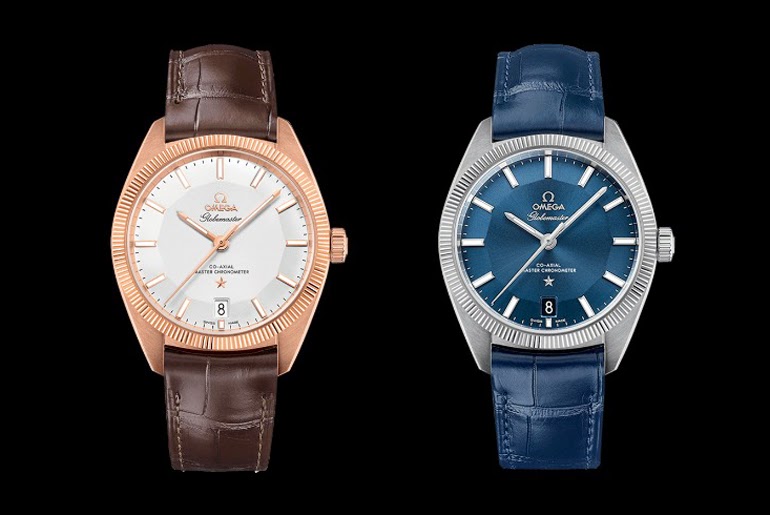 This one’s back and packing 2 different colour choice, one being what Omega calls silvery opaline. You’ll find that on the watches that come with a brown leather strap which happen to come in 18k Sedna gold, 18k yellow gold and silver. Sportier fans don’t worry either, because there’s a blue sunburst dial that comes with the bracelet steel and two tone versions, but a cool blue leather strap is a choice too. 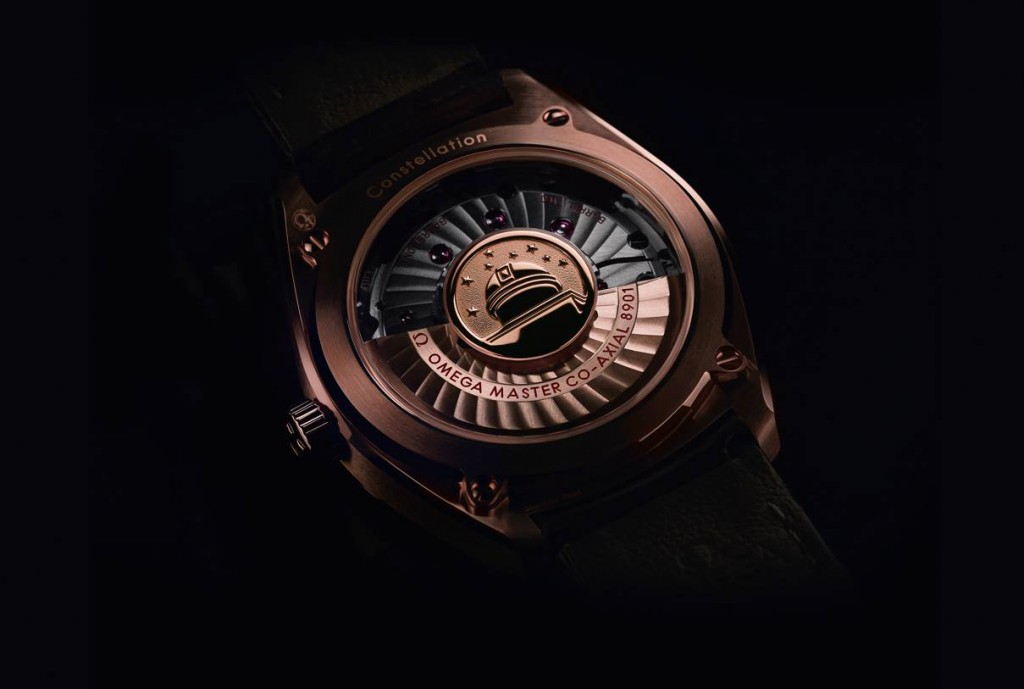 The movement of this watch is another marvel too. You might remember back in December of 2014 Omega held a press conference that showed their new technology that they’d worked on in conjunction with the Swiss Federal Institute of Metrology (METAS). The Globemaster is the first watch ever to use the new movement that they’ve been working on called Master Chronometer Co-Axial. This means that the watch is a chronometer that’s tested by COSC, the method of testing has been approved by METAS and means that it’s resistant to 15,000 gauss as well as having improved accuracy and durability. The power reserve is a hearty 60 hours long as well which adds to the practicality. You can see through the back of the watch too where the movement is on display. The rotor is finished in what Omega calls a luxury finish. To be frank I almost wish I’d held back on the top 5 most beautiful automatic rotors article because this would make it onto that list. There’s a medallion with the Constellation’s observatory logo that covers up where the rotor joins to the movement nicely, creating a beautiful aura is it spins. 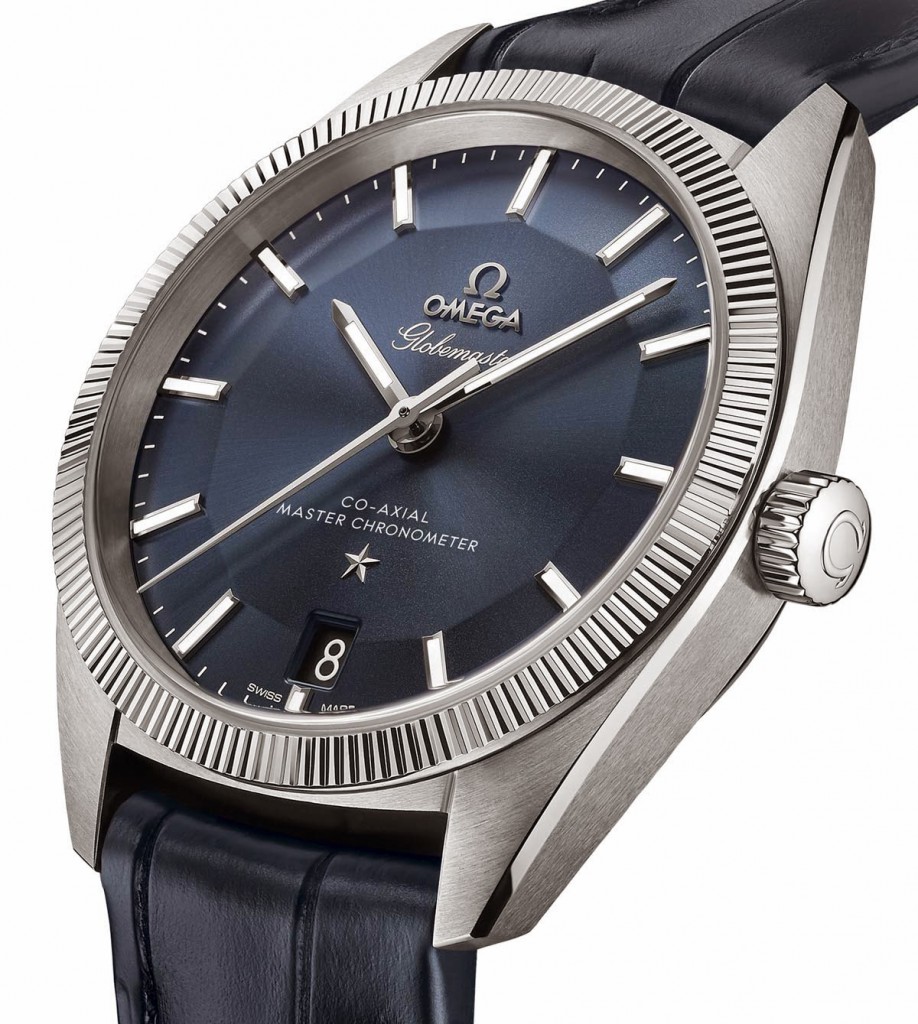 A nice little touch to the watch is the fluted bezel, usually associated with the Rolex DateJust and DayDate watches, the bezel adds a touch of glass to the watch with the way it sparkles under light. To add to this, the bezel on the steel watches is made of tungsten carbide which is the hardest man made material we know of. So scratches? Not a problem any more, friend.

The retail of this watch is expected to be around $7,000 in steel, over $20,000 in Sedna gold and there’s even a limited edition platinum one for around $33,000. I really like this dress watch, it’s bringing heritage and technology, isn’t what what we all want?