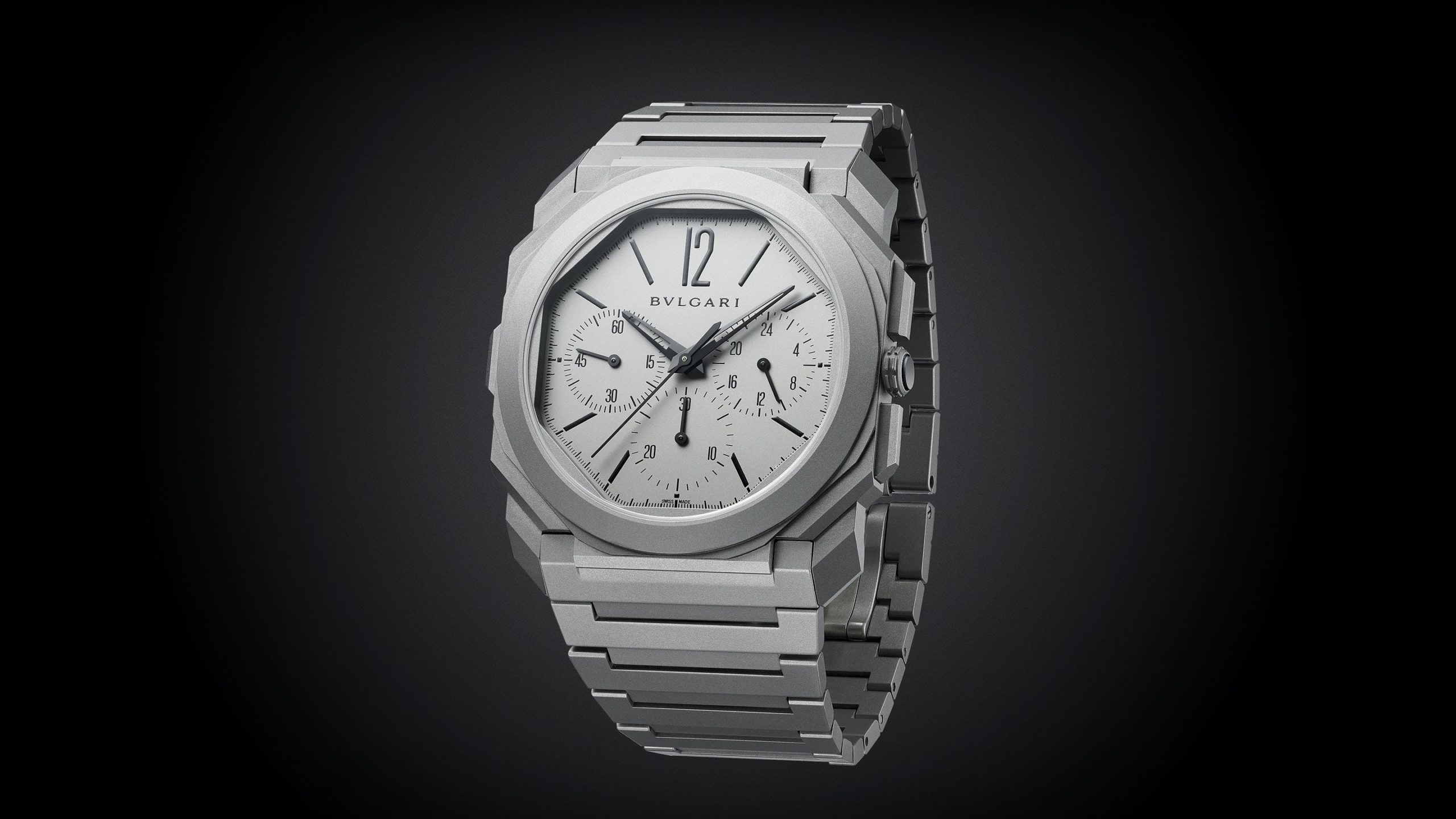 Recently Bulgari has been setting records left right and centre with its super thin watches in the Octo line. I said right at the start of this crusade for thinness that I respected anyone who planned in taking on Piaget, undoubtedly the ultra-thin masters, at the game of making slimline watches. But, it seems that Bulgari’s dedication to it is paying off. This watch is not only the thinnest chronograph on sale, but also has the thinnest automatic chronograph movement inside it.

Let’s look at the previous super thin record holder. Until now, the world’s thinnest chronograph watch was the Piaget Altiplano Chronograph, which has a manually wound chronograph movement that’s 4.65mm thick, inside a case that’s 8.24mm thick. The new Octo Finissimo GMT chrono combines not only a chronograph and a GMT indicator but also an outer winding rotor. The movement is 3.3mm thick, and the case 6.9mm at its thickest point. 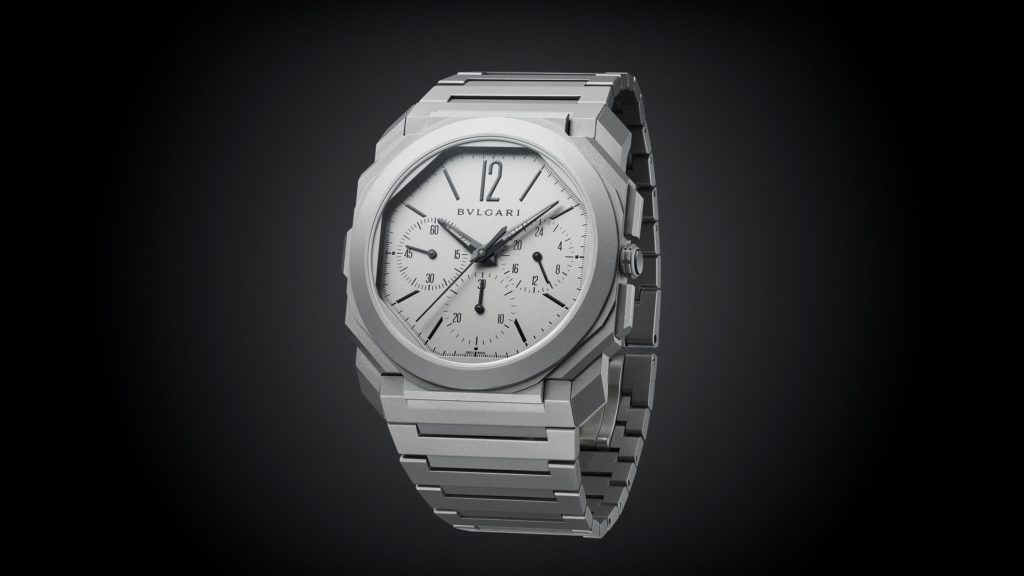 Constructed of sandblasted titanium, the new Bulgari looks very modern in its angular yet familiar squared case with a wide tapering bracelet. The grey on grey dial doesn’t do anything for legibility, but, who cares in this case, it could be made of discoloured gases, and we’d still love it (I’d like to see someone have a crack at doing that, just for a laugh). 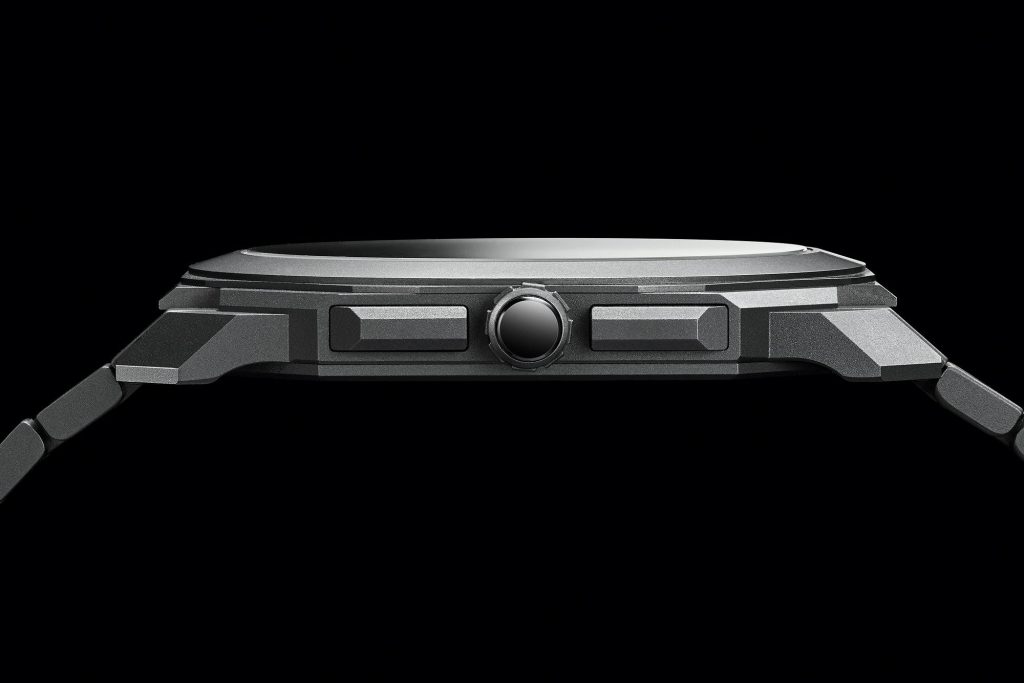 So, why is such a focus put on these ridiculously thin watches, surely making all the bits and bobs thinner is child’s play? Well, actually, it’s not. It is incredibly difficult to make smaller components in the first place. They must be able to withstand the same forces as larger parts while overall having less reinforcement, and that doesn’t include the wear of daily life either. Ultra-thin watches also often require the entire concept of a movement to be re-worked. With less space to stack components, they either need to be thinner or laid out somewhere nearby. 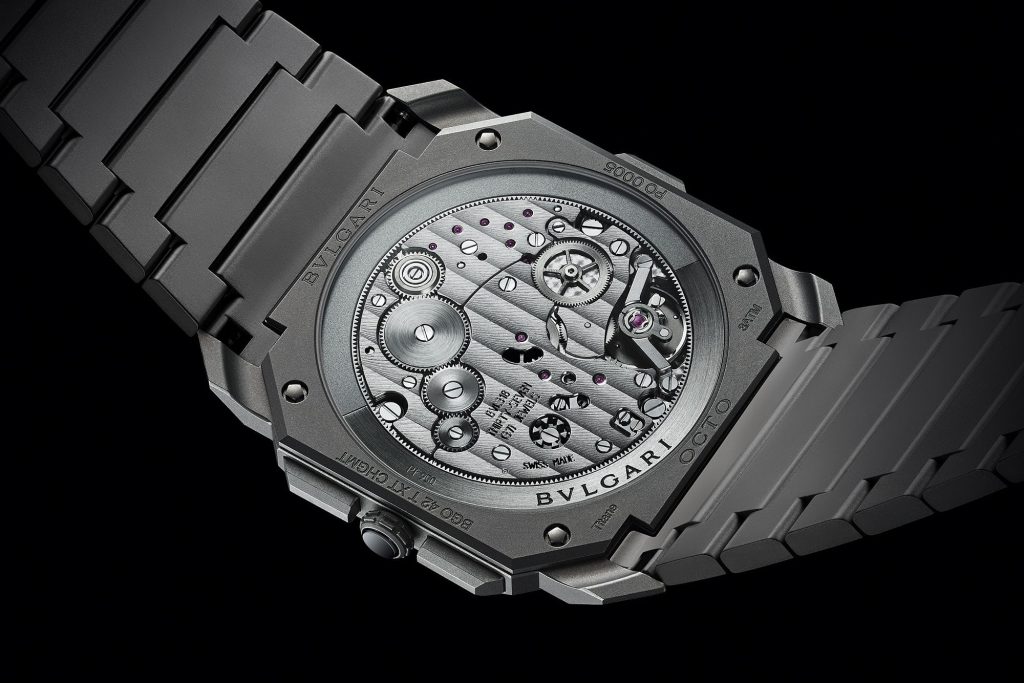 Take a look on the back of this watch, the 30-minute chronograph shows off its column wheel, and the balance wheel has been tucked under part of the movement, all of this wrapped inside a rotor and winding system. Now we can get the idea of why this is so important.

The price for all this thinness is a considerable wad of cash, $17,600 to be precise.