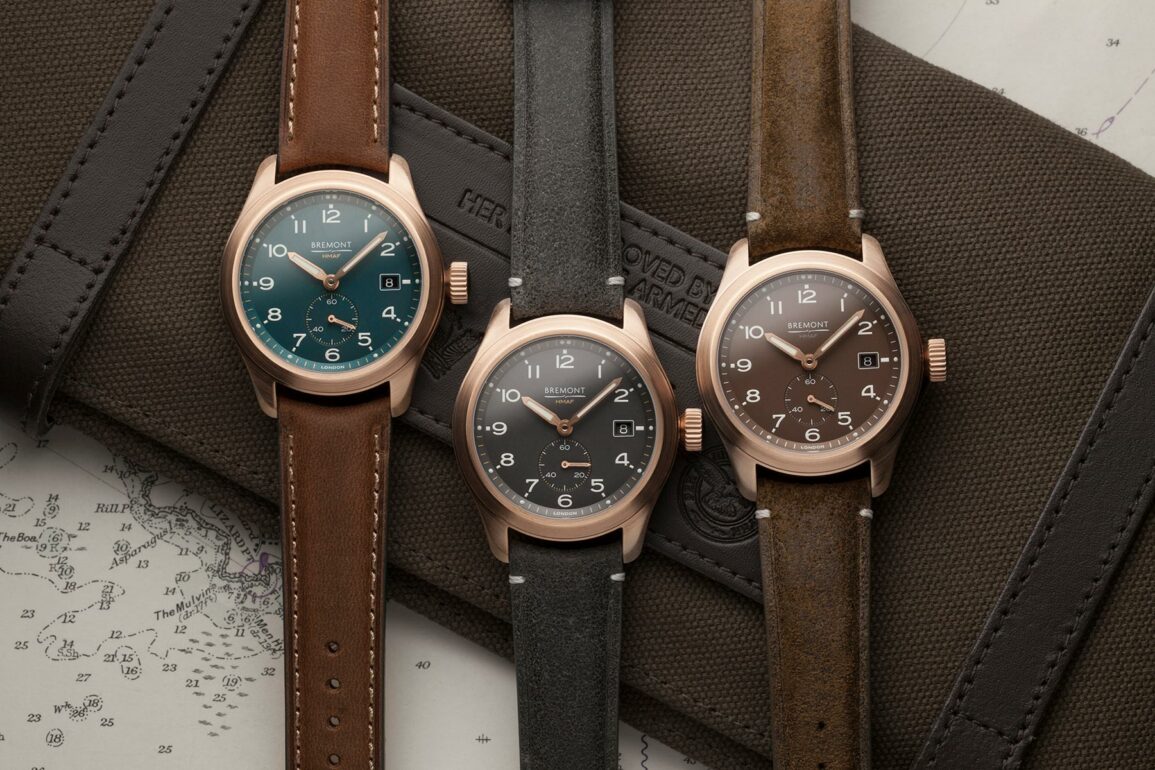 Bremont, the British watchmaker making its watches in Switzerland, has just released some new models as a tribute to the ‘Dirty Dozen’, a set of twelve military-issue watches from different manufacturers that were issued to British armed forces during WWII. For this collection, Bremont hopes to draw upon the influence of the Dirty Dozen, which is one of the most desirable sets of vintage watches going, while also updating the watches for the 21st century. 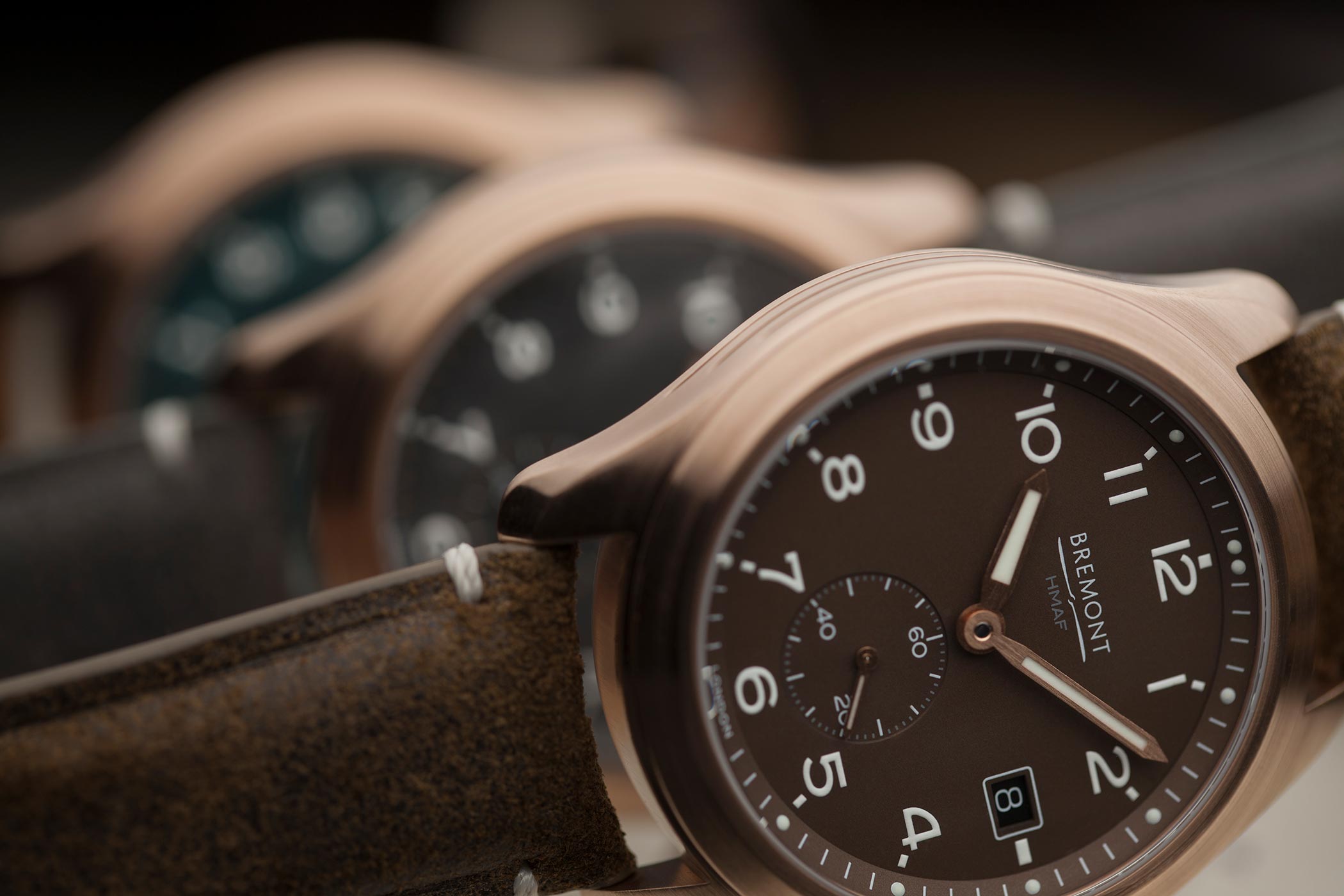 Bremont chose to use bronze for the new Broadsword watches, which will develop an interesting patina over time. I suspect a part of the reason for using bronze, apart from its resistance to corrosion caused by salty water, is that it develops a patina quickly which is useful considering these are vintage-inspired watches. The cases also feature three ‘speed lines’ which break up the design. I like them. 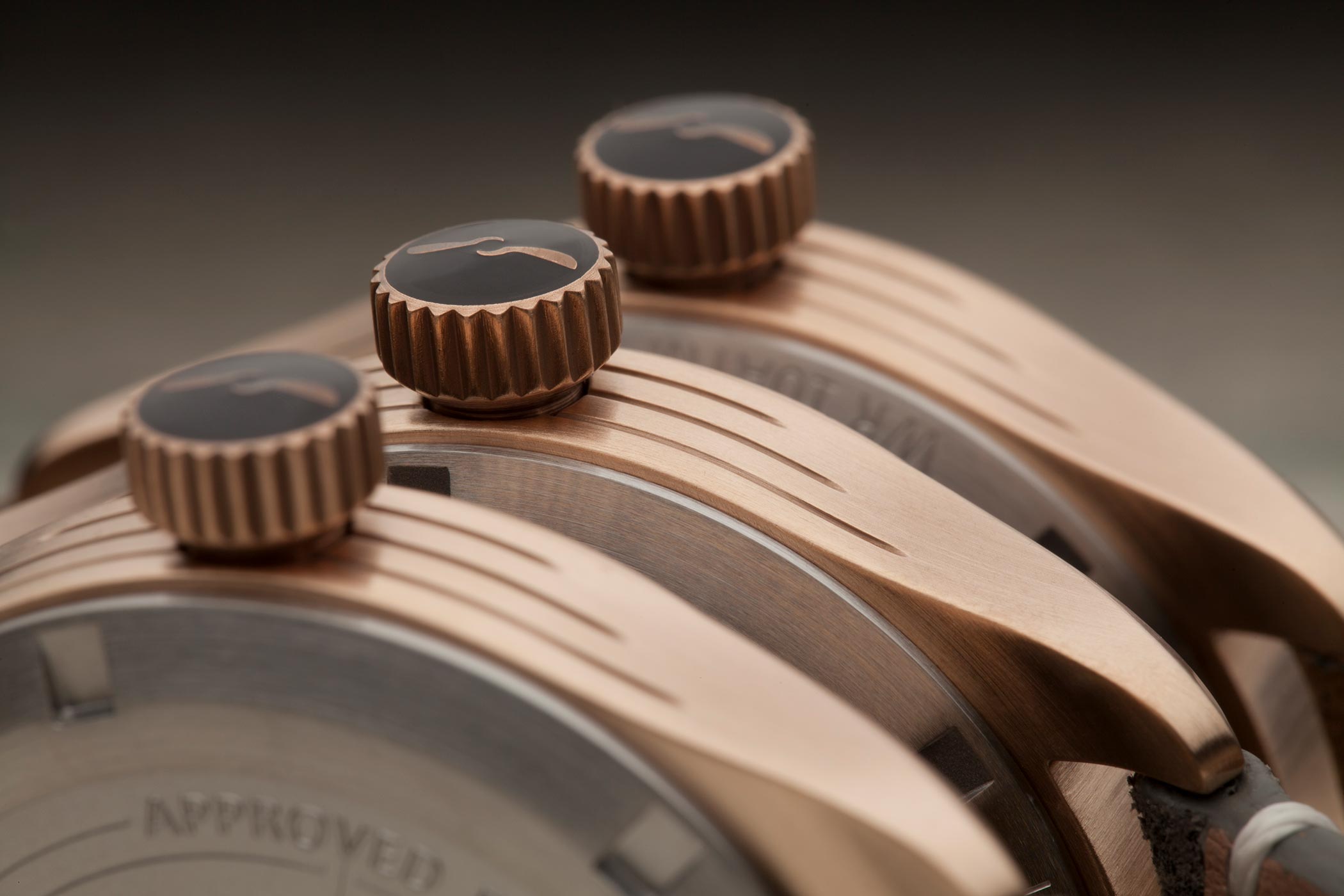 The dials are clean and legible, with lume applied to the hands, markers and the dots by the hour markers on the inner flange. A small-seconds display can be found at 6 O’clock on the dial, as on the ‘Dirty Dozen’, with Bremont’s own style applied here (the sub-seconds on the ‘Dirty Dozen’ were all unique to their manufacturer). Unlike the ‘dozen, a date window has been placed at 3 O’clock on the Broadsword. The dials are available in three colours: slate, tobacco and sotek (military green).

Inside the 40mm bronze case is an automatically wound Sellita SW260-1 calibre which Bremont dubs the ‘BE-95-2AV’ for some reason (guys, it’s okay to use Sellita movements, it’s not a cardinal sin). The movement they’ve chosen is the top-of-the-line chronometer-rated SW calibre, which they say has been finished to ‘Bremont specifications’, which seems arbitrary to me at least. The calibre runs at 4Hz and has a power reserve of 38 hours and can be controlled easily via the large crown with the Bremont propellor logo on it. 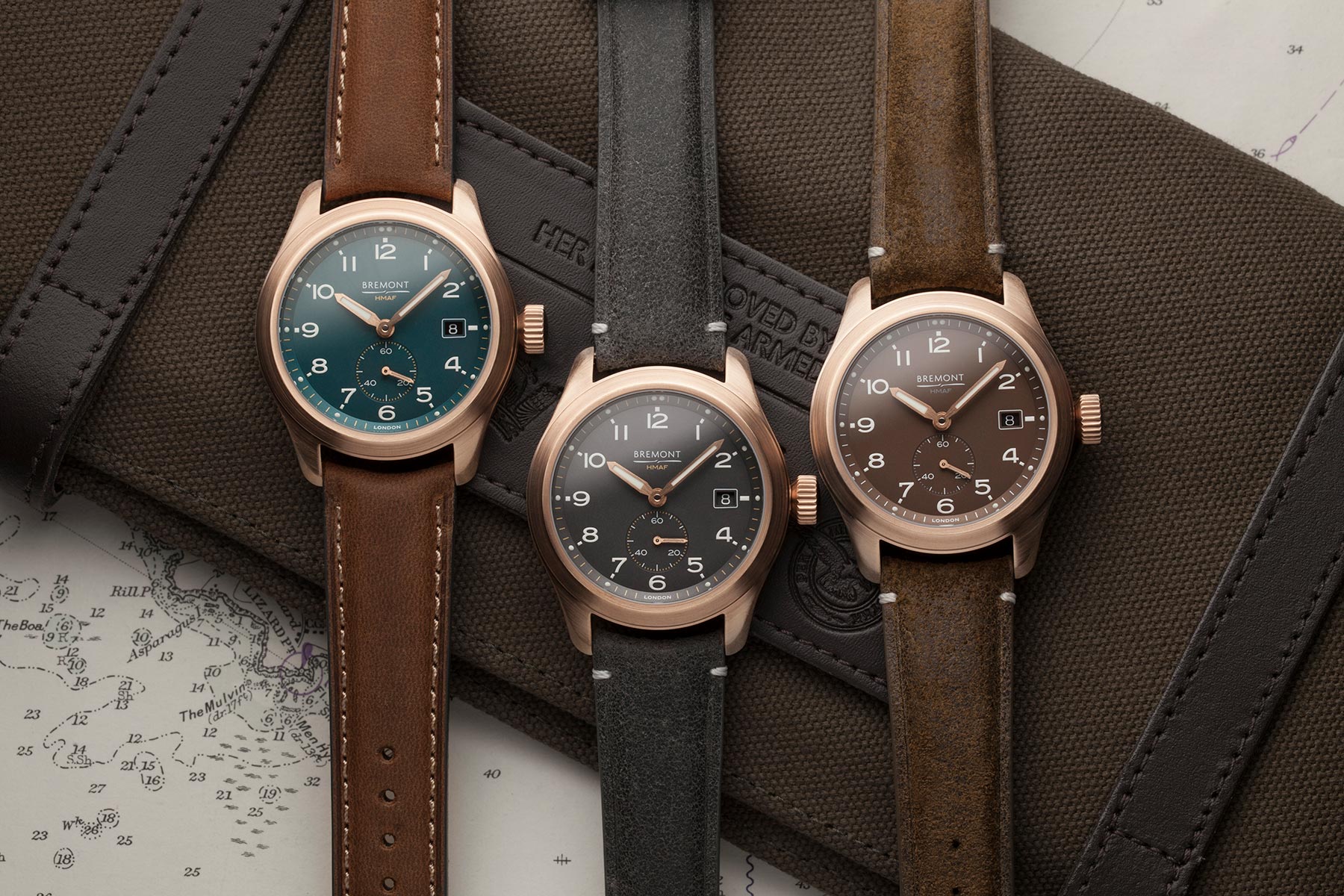