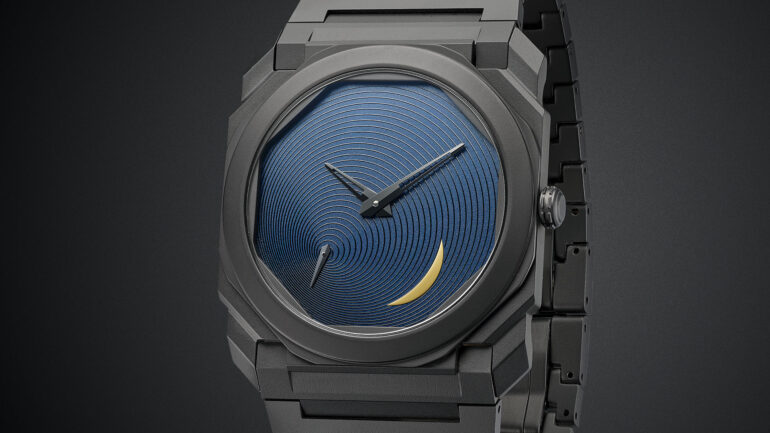 Bulgari partners with one of Japan's most influential architects for the latest iteration of their Octo Finissimo.

Premiering now at Watches and Wonders 2021 is the new Bulgari Octo Finissimo Tadao Ando, one of the most artful creations from a big brand at the show. The new Octo Finissimo balances a spiral with the moon, all based on a watch that is exciting and artful in its own way. It’s an excellent balance between the mystery of the moon and the sharp, definite angles of the octagonal case. 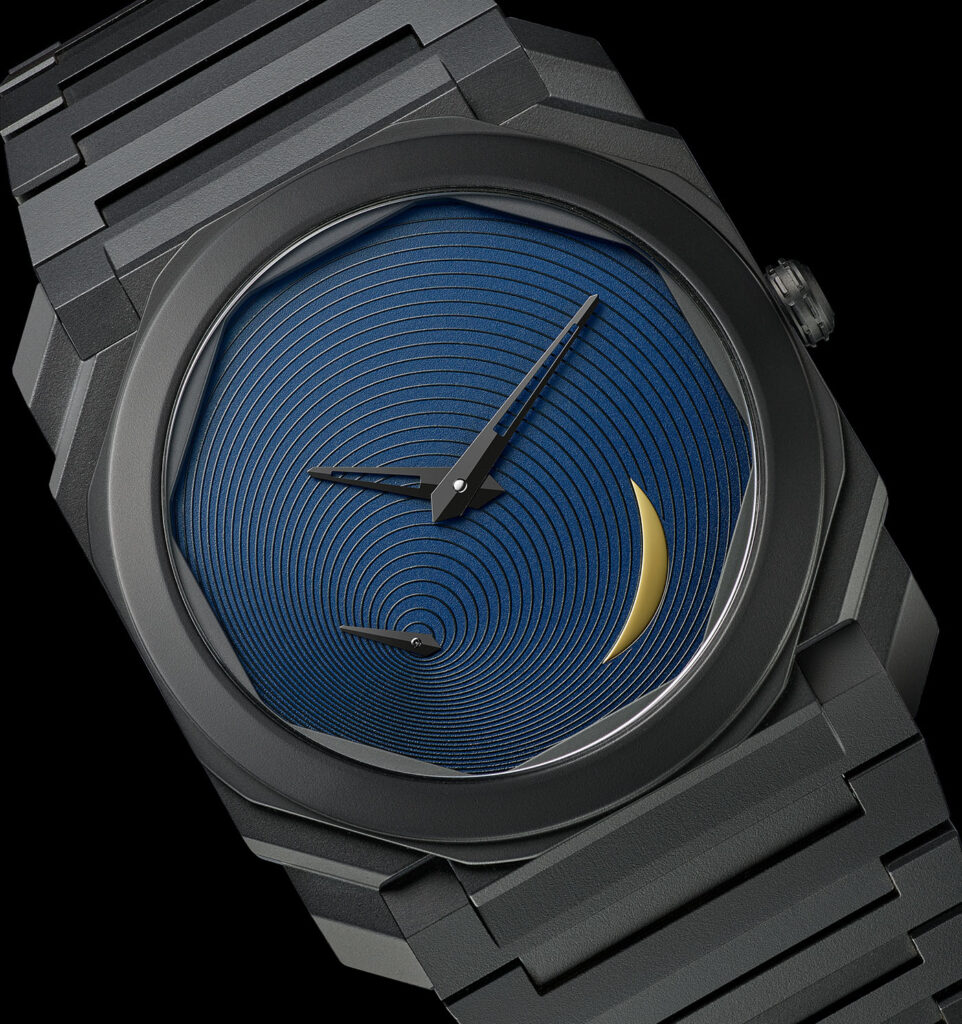 Tadao Ando is a self-taught architect born in Osaka, Japan, in 1941. His signature style draws influence from the particular architecture and religions he was exposed to as a youngster. Today, his style has been described as creating a haiku effect, representing beauty through simplicity and empty spaces. These go hand in hand with the concepts of Zen, which can be seen in his works and in this watch. Most of Ando’s work is in Japan, although he has worked on projects outside of the country such as the Modern Art Museum of Fort Worth in Fort Worth, Texas, and the Piccadilly Gardens in central Manchester, UK. in 1995, Ando won the Pritzker Prize, which is often seen as the Nobel Prize of architecture, an award also won by architectural giants like Frank Gehry and Norman Foster.

The new Bulgari features a finely printed spiral radiating from the sub-seconds hand. The matte blue dial acts as a base for the spiral, with portions cut out of the dauphine hands to give a lighter feel to the look. The crescent of the moon represents Mikazuki, the Japanese word for the crescent moon, as it progresses forward to become a full moon (Mangetsu). On the back of the watch is a print of Tadao Ando’s signature. As you’ll know if you read my articles regularly, I feel this should have been engraved on the movement. He’s clearly important enough to have his name on it, so Bulgari could have gone all the way on their end. 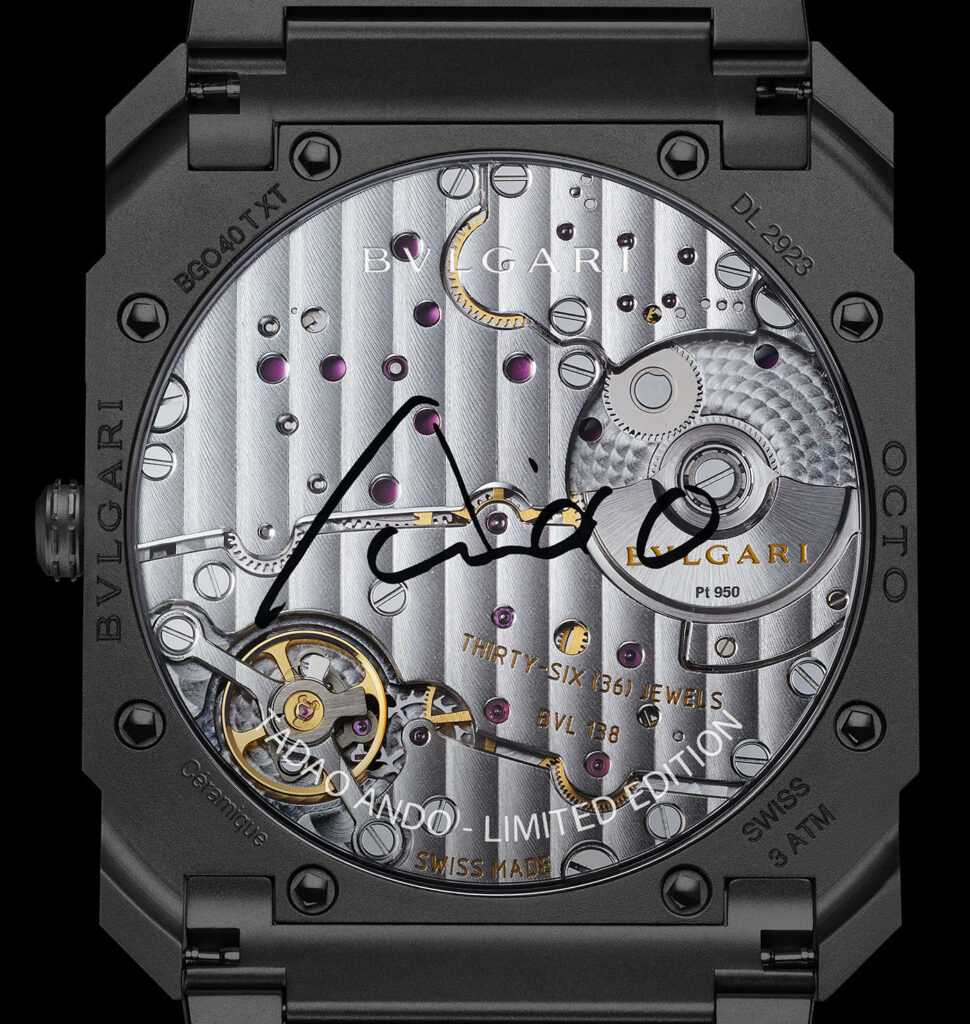 The movement under the crystal is the calibre BVL 138, an automatically-wound movement with a 60-hour power reserve and a full balance bridge. The real trick with this movement, though, is how thin it is. It measures in at 2.23mm thick, which could be seen as a tribute to Tadao Ando’s design philosophy of wasting no space and letting the right areas have meaning. Or it could just be really skinny.

It’s housed inside the classical Octo Finissimo case, which measures 40mm in diameter and is made from sandblasted black ceramic. It’s limited to 160 examples for a price of $18,100, but I bet it’s sold out already.